When the June 19 edition of Us Weekly came out online with first daughter Ivanka Trump on the cover and the headline “Why I Disagree With My Dad” in bright yellow caps (subhead: “Ivanka Takes a Stand), some in the media interpreted it as a coordinated effort to burnish her reputation as a moderating voice in her father Donald Trump’s administration.

But, if an interview with Ivanka that aired Monday morning on Fox & Friends is to be believed, she was just as surprised as readers were by the cover.

“This was a very interesting thing,” Trump said when interviewer Ainsley Earhardt held up a copy of the magazine. “Why I disagree with my father — or ‘Why I Disagree With My Dad,’ in Us Weekly — so I never actually spoke to them, and I didn’t know about the article being written until after it was published. But it’s written in the first person, which is a slightly misleading headline.”

'Grease' Returning to AMC Theatres in Tribute to Olivia Newton-John

While the cover headline seemed to attribute the remark to Trump, the cover story itself does not include comment from her, and only quotes a few unnamed Ivanka “insiders.” The online headline — “How Ivanka Trump Influences Her Father Donald Trump” — was more nuanced.

A spokesperson for Us Weekly said that Trump’s representative was aware of the story before it came out and that no quotes in the story were portrayed as first-person and exclusive to the magazine.

Magazine industry expert Samir Husni found nothing unusual in the first-person style of the Trump headline, which he said is pretty standard for celebrity magazines. “There is always a loophole in the story that tells you, ‘We actually did not speak with her,'” he said.

According to a report in the New York Post, some 200,000 copies of the magazine were sold the weekend after it hit stands.

The original backlash to the Trump/Us Weekly cover stemmed in part from the cozy relationship between President Trump and the chief executive of Us Weekly’s new owner, American Media Inc. AMI CEO David Pecker is on record as being a friend of President Trump and used his National Enquirer magazine to boost Trump’s candidacy.

The July 3 edition of The New Yorker includes a lengthy profile of AMI and Pecker that details his relationship with the president. The Ivanka Trump cover was used an example of the “fawning” coverage that might become a mainstay of Us Weekly, which he said “has heretofore largely been apolitical in its orientation.” 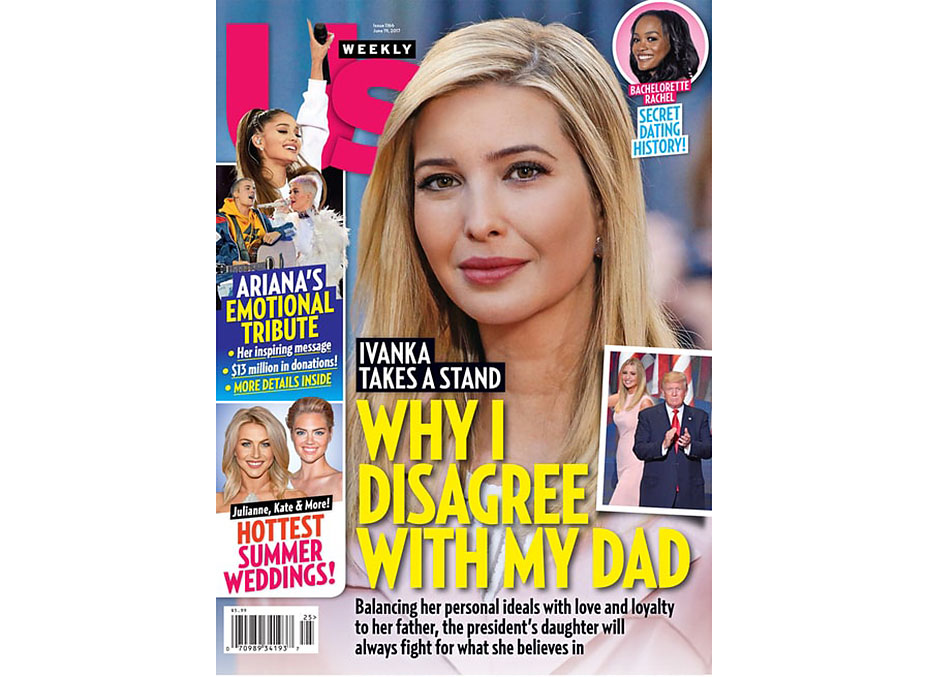