Kate Middleton arrived Sunday at the BAFTAs red carpet in London in a forest green gown by Jenny Packham.

The Duchess of Cambridge strolled the carpet on the arm of hubby Prince William, who is the president of the BAFTAs, showing off her baby bump in the flowy, empire-waist silhouette, which she styled with an emerald statement necklace and black clutch. Middleton has regularly worn dresses by British designer Packham, who is best known for red-carpet and bridal gowns.

Stars to Wear Black to BAFTAs

Middleton’s ensemble was more highly anticipated than usual (which is saying something) considering the unofficial all-black dress code that was suggested by members of the British film industry in recognition of Hollywood’s Time’s Up movement. Modeled after the Golden Globes blackout, it resulted in nearly all of the evening’s guests wearing head-to-toe black ensembles and the official Time’s Up pin. 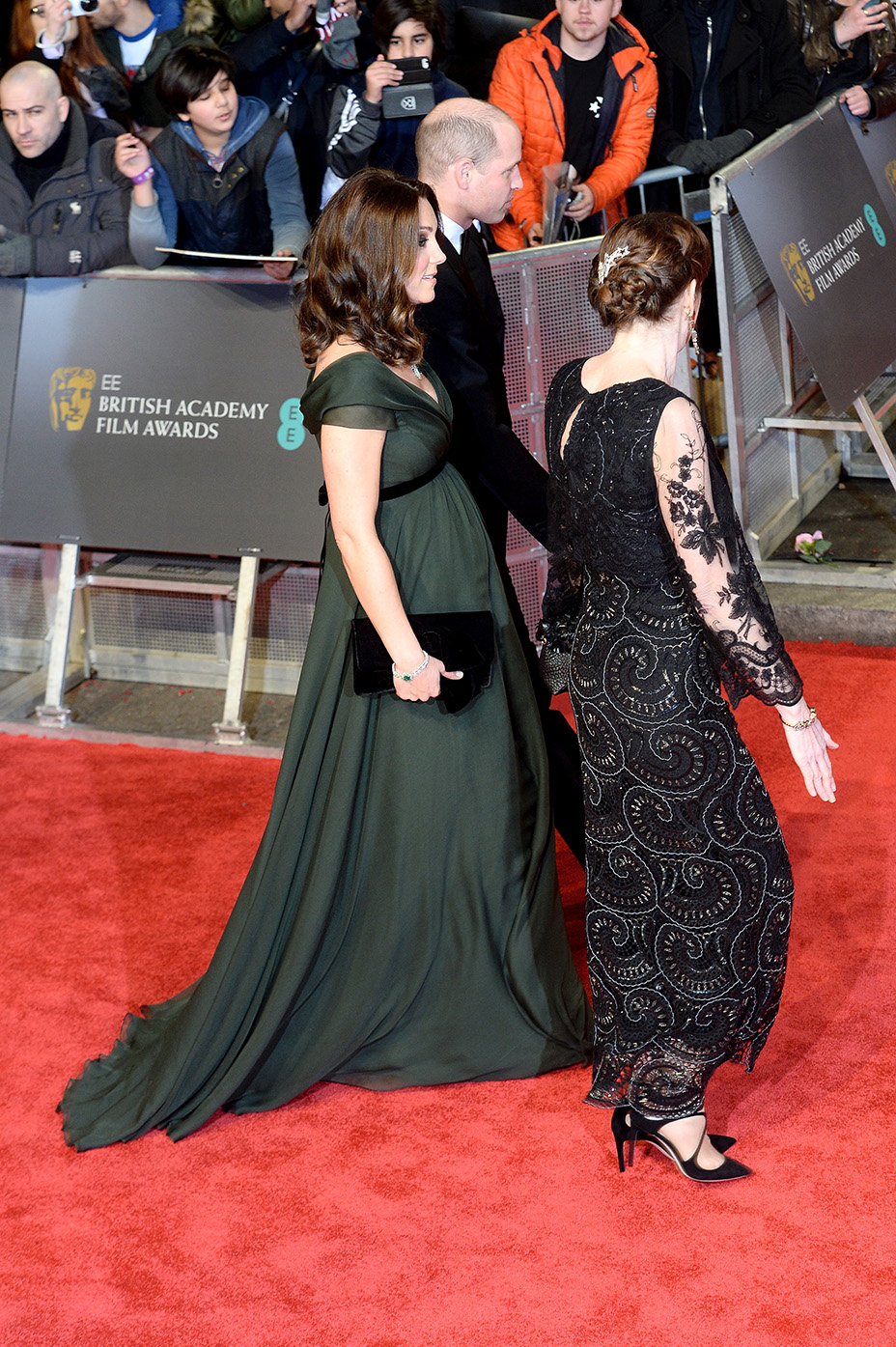 Many wondered, however, whether she would participate in the blackout given the Palace policy of avoiding political or otherwise controversial issues. The dress code created a bit of a lose-lose situation for Middleton, as she was bound to gain attention either for implying the Royal Family’s support of the cause or lack thereof. Notable feminist and future royal Meghan Markle was not in attendance at the event.

The royals hit the carpet just moments before protesters wearing tees reading “Time’s Up Theresa” jumped the barricade and caused a ruckus in response to the upcoming Domestic Violence and Abuse Bill being implemented by the Theresa May-led government.

BAFTAs Fashion Preview: The Time's Up Dress Code, the Royals and Will Kate Middleton Wear Black?