Nude images of Miley Cyrus and Lady Gaga are being used in street art to attack the music industry a day ahead of the Grammys.

The perpetrator, a conservative provocateur who goes by the pseudonym Sabo, used previously published photos of Cyrus and Gaga that he slapped onto large posters that appear at first glance to be advertisements for the 60th Annual Grammy Awards, set for telecast Sunday night on CBS from Madison Square Garden in New York.

On closer inspection, however, the posters are far more pornographic than would be allowed by any actual ad, and The Hollywood Reporter blocked out portions of the images in the photos of the posters here.

The faux ads feature the logos of the network and the Grammys, one with a nude Gaga and another with a naked Cyrus, and each poster has the text #WeAllKnew, a reference to the spate of allegations against powerful men in media who have harassed women and to those who knew but said nothing.

Some of the posters also include the text “Long Live Music.”

The photos Sabo used of Cyrus were taken by Terry Richardson, who has been accused of sexually harassing several models.

Sabo hung his posters before the sun rose on Saturday in several difficult-to-reach places in Hollywood, including behind locked glass cases at bus stops where legitimate advertisements usually reside.

Contacted on Saturday, Sabo told THR he targeted the music industry because of what he considers misogynistic lyrics in rap and hip-hop music.

“How can anyone be upset with me putting these up when no one seems upset about what the music industry pushes to our kids?” he asked. 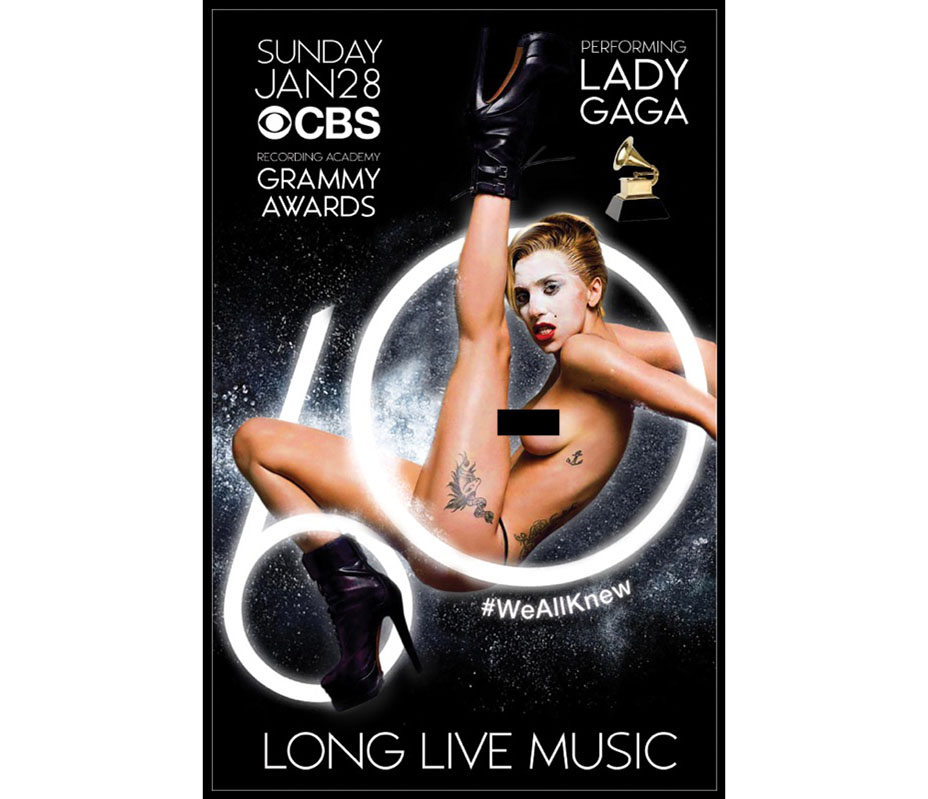 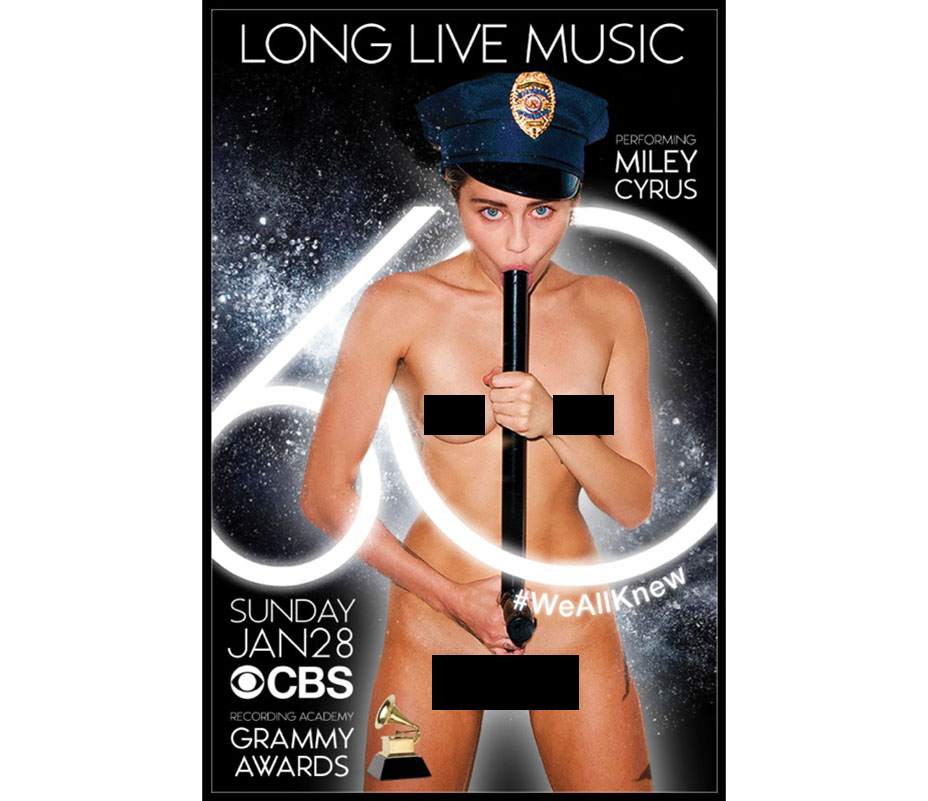