NBC Nightly News anchor Lester Holt, who was viewed by Americans as the most trusted anchor in television last fall, made a strong impression on the 1,860 respondents who participated in a new Hollywood Reporter/Morning Consult survey on last week’s Democratic presidential candidate debates.

Among the five NBC News, MSNBC and Telemundo personalities who moderated the June 26 and 27 debates, Holt led the way with the support of 29 percent of respondents in all age groups surveyed, followed by MSNBC host Rachel Maddow (18 percent) and Today co-host Savannah Guthrie (10 percent).

Asked only about Holt, 67 percent of those surveyed said he did an “excellent” or “good” job, compared with only 9 percent who said he did a “poor” job in his role as one of the leading moderators (with Guthrie).

Holt fared better than Meet the Press host Chuck Todd, who received “excellent” or “good” grades from 48 percent of respondents but “fair” or “poor” ratings from a majority, 52 percent. 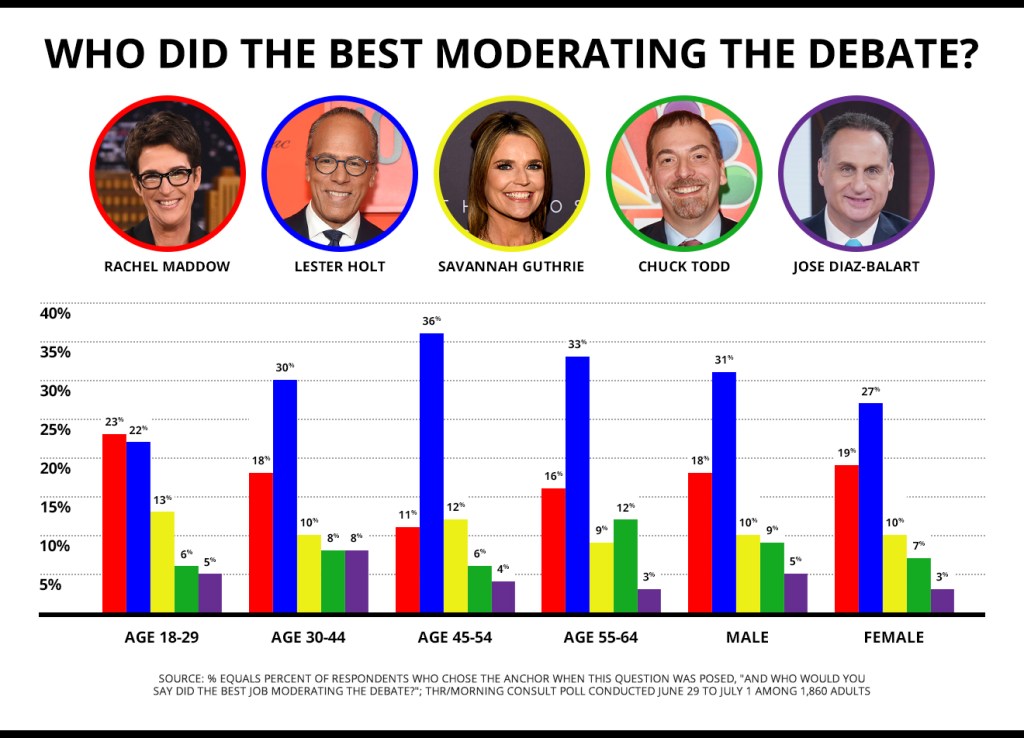 In line with the strong support for Holt, 47 percent of respondents said that Democratic debate moderators should be “politically moderate,” compared to only 10 percent who prefer a “politically liberal” or “politically conservative” moderator.

Respondents were polled both before and after the two-night debate. Of the five moderators, Maddow experienced the biggest bump in favorability, going from a net +2 to +6 after the event. Among the 18-49 demographic, Holt, Todd and Telemundo anchor Jose Diaz-Balart all experienced five-point jumps in favorability.

Following his performance as a moderator, more Americans were able to recognize Todd by face — 33 percent, compared with 29 percent beforehand. 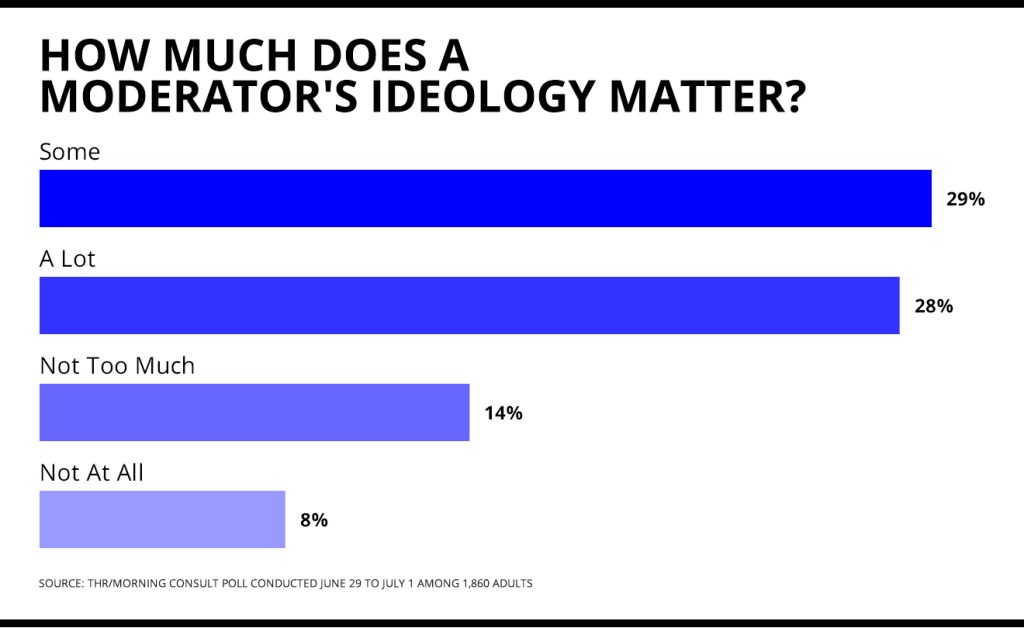