Former President Barack Obama made an anticipated appearance over the weekend on LeBron James’ HBO show The Shop, where he congratulated the star on his recent NBA championship, but then the pair had a discussion to underscore the importance of this election.

While Obama’s appearance in the homestretch of the campaign could be seen as part of the traditional get out and vote push by celebrities, it’s also part of a movement to engage Black men, considered a key demographic by both Democrats and Republicans — a fact further emphasized by the attention being paid to Black male celebrities who have entered the political fray.

Earlier this week, Lil Wayne angered and confounded many of his fans by tweeting a picture with President Donald Trump and offering his support to the Republican incumbent: “Just had a great meeting with @realdonaldtrump @potus besides what he’s done so far with criminal reform, the platinum plan is going to give the community real ownership. He listened to what we had to say today and assured he will and can get it done.”

The outrage over Wayne’s photo comes on the heels of Ice Cube’s controversial decision to engage, though not endorse, the Trump campaign with his Contract for Black America and 50 Cent’s profane endorsement of Trump (though apparently in jest) over Biden’s tax plan. Meanwhile, Charlamagne tha God’s stated that Trump was doing a better job “actually talking to young Black male voters” than Democratic nominee Joe Biden — the entertainer says he’s voting for the Kamala Harris ticket — and Diddy (who sat out the 2016 campaign but is endorsing the Biden-Harris ticket in 2020) touted a newly established Black-centric political party, Our Black Party.

There’s also Kanye West, who this summer launched his own campaign for president and whose name appears on a ballot in at least 12 states including California, but as a vice-presidential candidate. 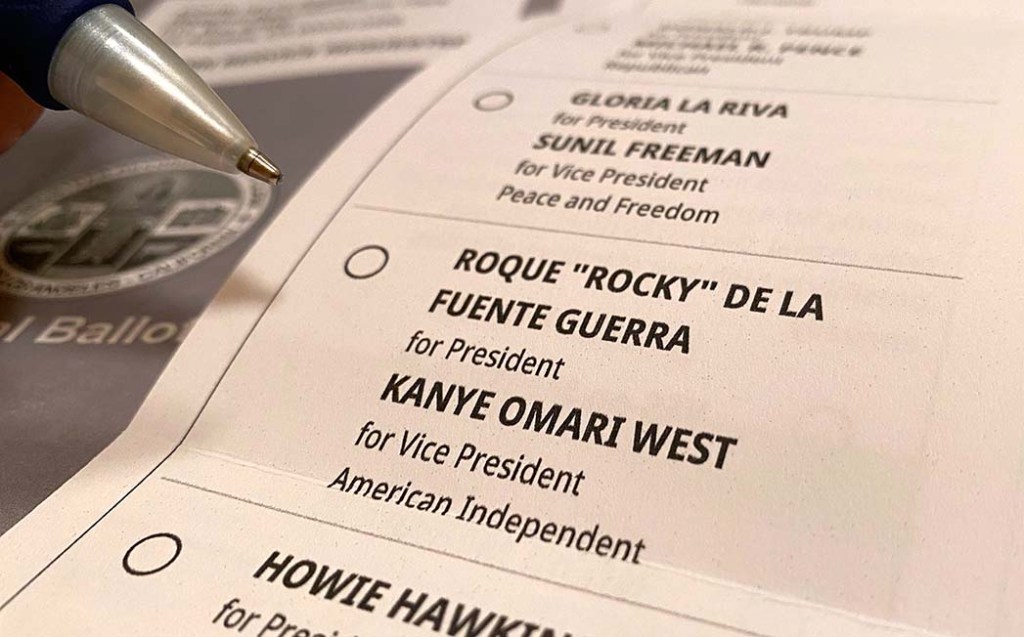 Black male celebrities active in presidential politics are hardly a new phenomenon. But more attention is now being paid to their words during an election cycle where the Black male vote is believed to be more in play politically than in years past.

“I think clearly all of us are more involved and invested in this election because in many ways, this election is for many of us, the most important election of our lifetimes,” The Good Doctor actor Hill Harper, a Biden supporter, tells The Hollywood Reporter. “And so I think that obviously Black men have always been engaged in their communities and now you’re seeing us being much more vocal about the vote.”

During the 2016 election, Hillary Clinton overwhelmingly locked down the Black vote, but while 98 percent of Black women voted for the former Secretary of State, only 81 percent of Black men did. Also in 2016, just 54 percent of Black men said they voted according to a Pew Research study, down from 2008 and 2012 when Obama won the presidency and his bid for re-election.

“Republicans and Democrats are both guilty of not listening to Black men in a way that engages them politically,” says CNN political analyst Bakari Sellers. But this time around, both campaigns understand that Black men could be the key in swinging the election in their favor. 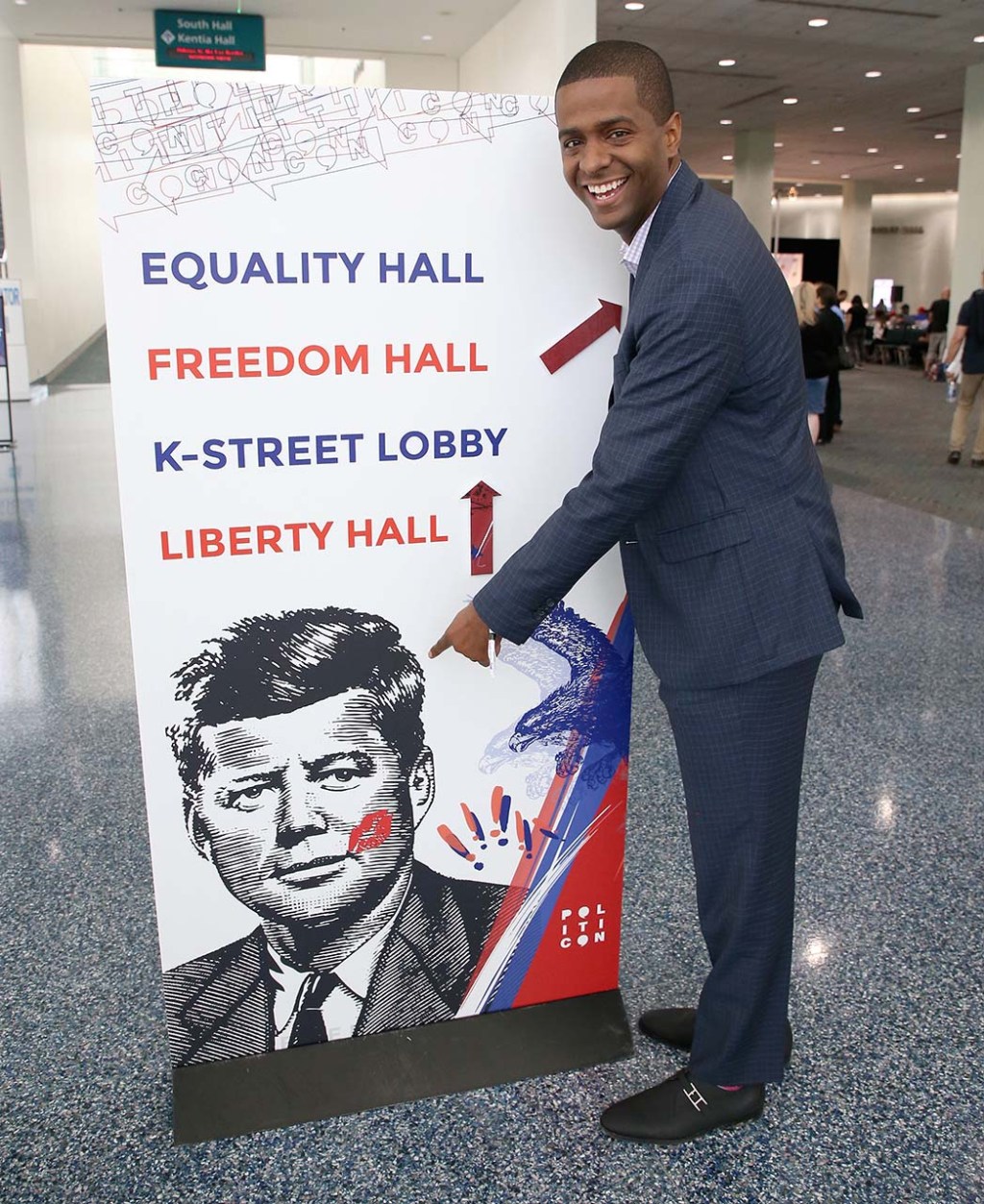 “Our campaign is focused on meeting voters where they are with Joe Biden and Kamala Harris’s message to build back better,” explains Kamau Marshall, Director of Strategic Communications with the Biden campaign. “These influencers help reach a critical audience of Black voters that we’re hoping to turn out this election.”

Sellers says Charlamagne tha God, who had Biden on his show earlier this year, is a good example of this strategy. “There’s a certain element where, Charlamagne tha God is more popular than Barack Obama, if you’re talking about a voter that’s under 35.” 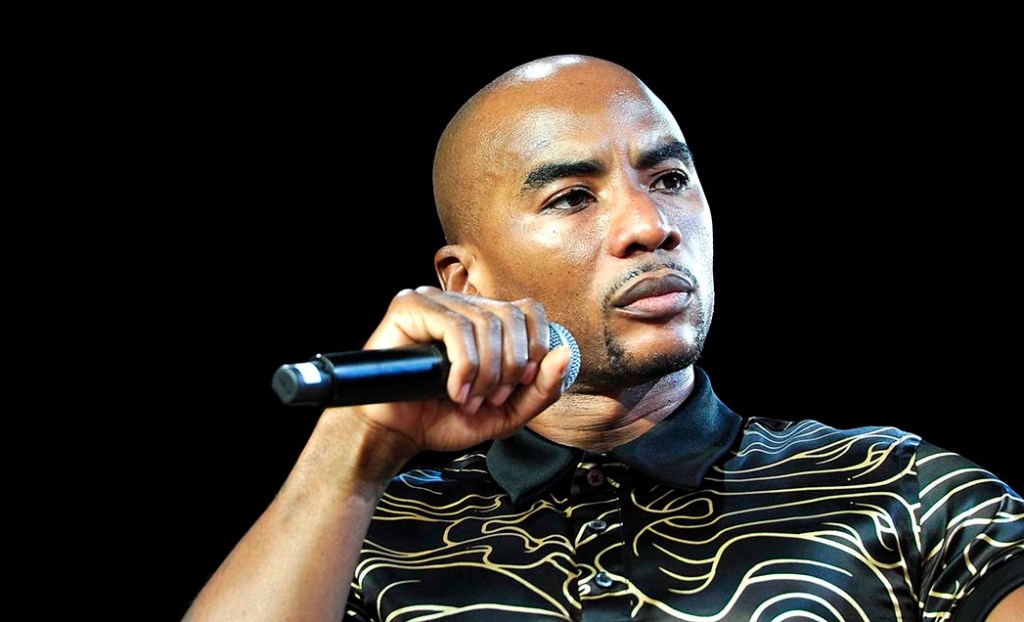 James is another major influencer. The Los Angeles Lakers star and budding film mogul was part of the NBA player push this summer that resulted in owners opening up their arenas as polling centers. James was also an active supporter of Clinton’s 2016 presidential campaign.

“Black athletes and artists are in a unique position to communicate with this demographic — not as politicians but as peers — on the necessity of getting off of the sidelines and exercising their right to vote in this election,” says Michael Tyler, Executive Vice President of Public Affairs for More Than A Vote, a voting rights organization founded by James. “That’s why in addition to making it easier for this demographic to vote… the More Than A Vote coalition has been focused on creating content that reaches young people where they are and encourages them to make a plan to vote in a compelling and authentic way.”

Biden has been adamant about returning the Black voter turnout to the numbers Obama experienced. On the Hollywood side, he enlisted Ludacris, Jermaine Durpri and other Black male celebrities in ads in key battleground states, and even tapped Snoop Dogg’s hit song “Drop It Like It’s Hot” in an ad that encouraged people voting by mail to “Drop It In the Box.” 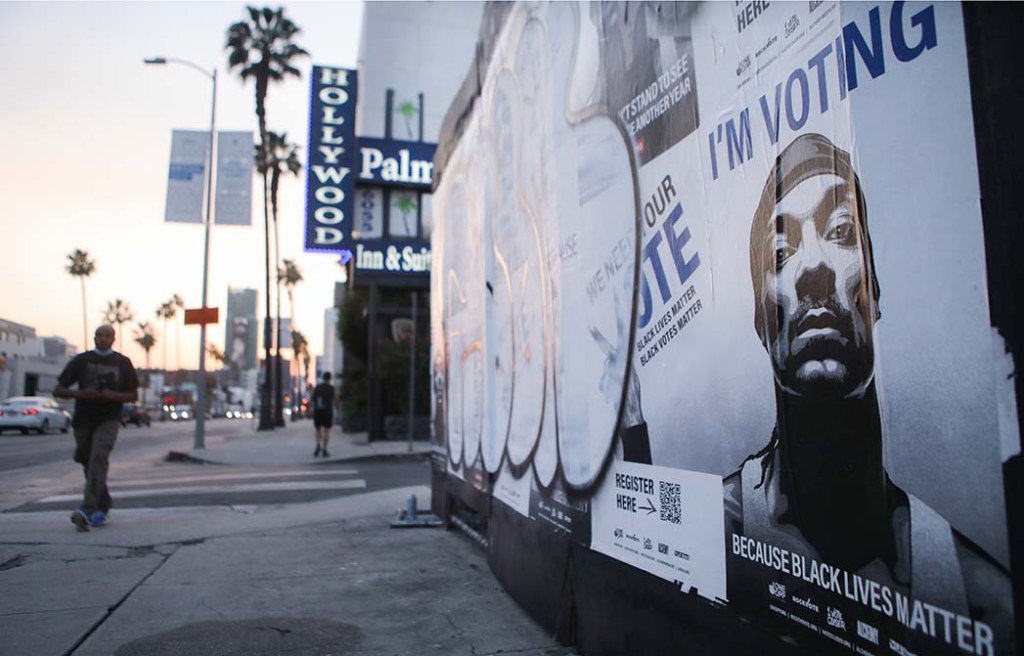 But Trump is also actively courting the Black vote, including young men. This month, Trump officials rolled out a two-page summary of their Platinum Plan which includes $500 billion in capital to create millions of new jobs in Black communities and addressed deep-rooted disparities for African Americans. The campaign’s senior adviser Katrina Pierson says the proposal shows “President Trump is listening to Black America while the Democrats continue to take them for granted.” Harper characterizes that as “posturing” in an attempt to grab headlines.

According to a September Gallup poll, nearly a fifth of Black men still approve of the job that the presidential incumbent is doing and could potentially vote for him in this election.

Despite what the polls predict, Dr. Wes Bellamy, national co-chair of Our Black Party, says he’s not making any determinations just yet. “We’ll see what happens when November 3 occurs,” Bellamy says. “For Black folk, no matter who wins the election we must position ourselves to ensure that our communities are ready to be changed.” 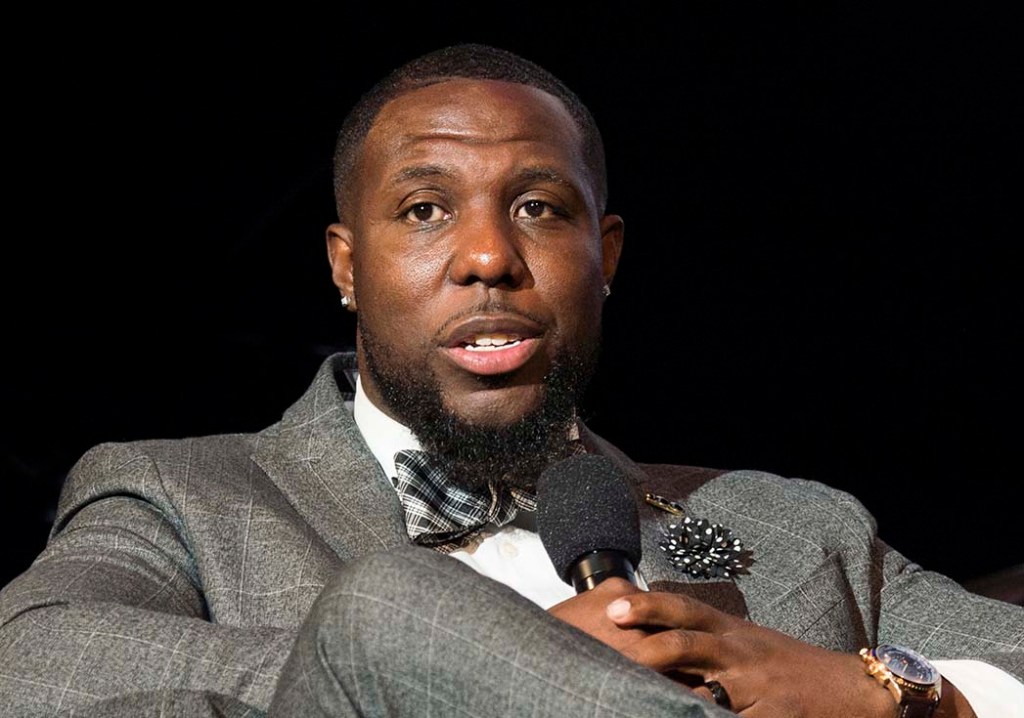 "This Is Going to Be Wild": TV News Outlets Prepare for "Unpredictable" Election Night Scenarios