Politics yet again made their way onto an awards show red carpet.

At the Oscars on Sunday, Crazy Rich Asians star Constance Wu kicked off a wave of political statements with an ACLU ribbon held over her metallic clutch (she stunned in a custom yellow Versace gown). Spike Lee wore knuckle rings reading “Love” and “Hate” on each hand from Do The Right Thing while paying tribute to Prince with his purple suit and necklace. 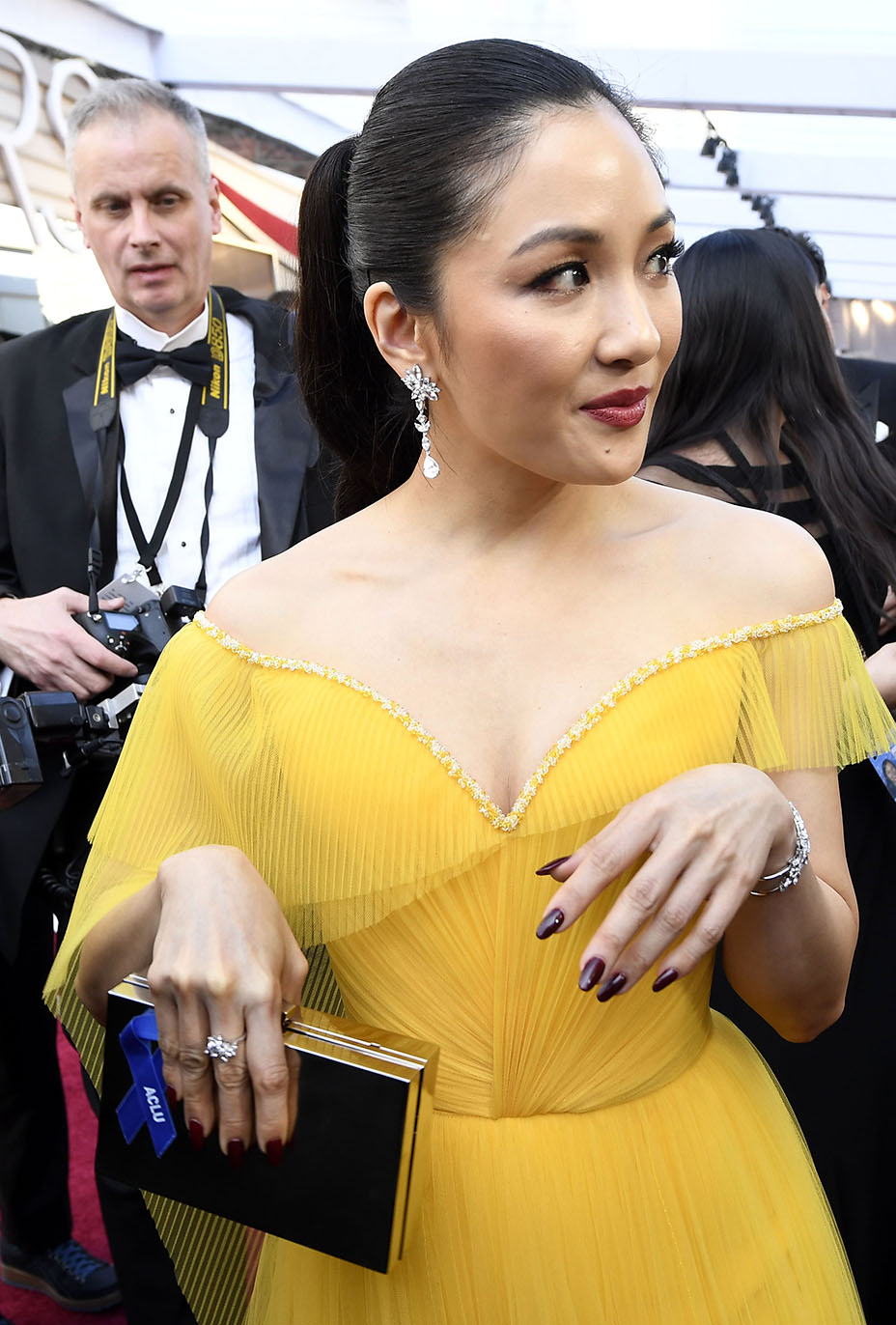 Kathy Griffin posted that her plus-one to Oscars parties will be Amanda Nguyen, “responsible for the Survivors Bill of Rights Act” to change how rape kits are processed. At the Vanity Fair Oscars party, designer Zac Posen wore a lapel pin to support the Elizabeth Taylor AIDS Foundation, of which he is an ambassador.

Since the #MeToo movement in fall 2017, political symbolism has become more prevalent on the red carpet. Hollywood wore all-black for the 2018 Golden Globes, plus Time’s Up pins created by stylist Arianne Phillips. Stars like Rachel Brosnahan wore Time’s Up x2 bracelets at the 2019 Golden Globes. The 2019 Oscars, however, noticeably did not feature Time’s Up symbolism on the carpet.

In the fall, however, it was all about the midterm elections. Actors like Allison Janney, Kumail Nanjiani and Henry Winkler sported “I am a voter” pins from The Civic Culture Coalition, which was formed by industry companies including CAA, AMC Theatres and Anonymous Content.

At the Grammys this year, singer Joy Villa veered right and showed off a pro-Trump “build the wall” dress — a metallic gown with barbed wire and Statue of Liberty headpiece from Desi Designs Couture. “When I decided to wear the Trump dress, I figured that most people would try to ignore me, they’d be so upset. But the rebel in me was like, ‘I have to come out and support the president,'” Villa said.