Ben Platt went from headlining a sold-out run of one of Broadway’s biggest new hits, Dear Evan Hansen — and winning a Tony in the process — to becoming No. 1 on the call sheet for Ryan Murphy’s first Netflix series, The Politician, starring alongside Gwyneth Paltrow and Jessica Lange. Platt, 26, spoke to THR about playing Payton Hobart, a privileged teenager whose first step toward becoming president of the United States is winning the student body elections at his competitive Santa Barbara high school.

What was the biggest difference in moving from Broadway to TV?

A lot of it is in the practicality of showing up to work and having someone 4 feet away from you and pointing a camera in your face as opposed to walking into a large room with lots of people sitting and listening to you. Instinctually, a lot of modulation happens. And particularly in this show, the writing is so verbose and heightened — it’s so reminiscent of the theater that I felt very much at home.

You’re also an executive producer on the show. What were your priorities in that role?

I really wanted to make sure we felt like one crew and make sure that we were all connecting and spending time together outside of work. And feeling like a family because that’s what I learned in the theater and that’s what makes these experiences worth having. I think creating that mentality really helped the product feel cohesive.

Producing is a new skill for you personally, but it’s not unfamiliar given that your father, Marc Platt, is well known for producing films like Legally Blonde, Bridge of Spies and La La Land.

Obviously I grew up with a producer as a father, and he’s incredibly brilliant. It’s always been in the back of my mind that I wanted to have a hand in that — the idea of creating something from a bird’s-eye view. I definitely would like to keep having experiences like this. 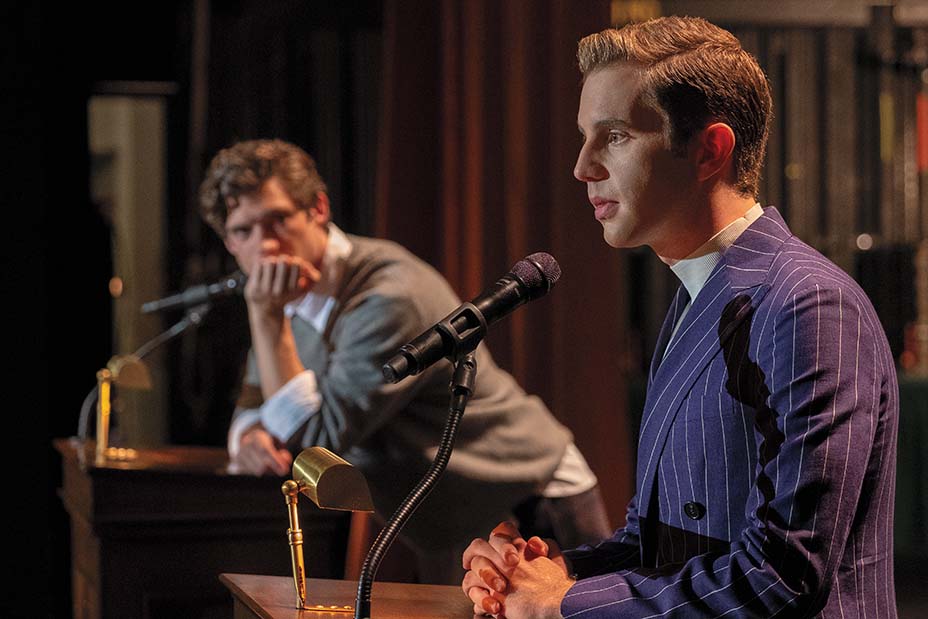 The show has a very specific aesthetic that feels like it could be set in any time period. What was it like to be surrounded by that heightened look?

I think it creates a really particular world and has this aspirational, sumptuous quality to it all. Some of the events are very current. Ryan and [co-creators] Brad [Falchuk] and Ian [Brennan] are great at commenting on those things, and they’re always one step ahead of the curve, like with the college admissions [plot that echoed the bribery scandal]. Aesthetically, they definitely wanted it to echo lots of different eras. It’ll be really interesting to see how we maintain some of those aesthetic components when we are in Manhattan because the second season is all New York City.

You had plenty of musical moments in season one. Will there be more in season two?

We definitely tried to be super conscious of making them vital moments and not just throwing in as many as we could. I’ve only read the first couple of episodes, but so far [season two] isn’t musical. And if it is, it’ll be a very similar situation where only when Payton would organically be singing in his life would we try to put a song in there.

Some complained online that the cast looked too old to be playing high school students.

There’s always going to be people who are commenting and trying to throw shade and all that. But I think Ryan was trying to be smart about the characters we can follow through a lot of different vectors of life. Now that we’re out of high school, that [complaint] will be put to rest. As an actor, I’m out of high school for good, save for possibly a Dear Evan Hansen film. I think everyone would forgive me for going back one more time for that.