In a neat piece of political fashion theater, for the third and final presidential debate on Wednesday night in Las Vegas, Democratic nominee Hillary Clinton chose a white Ralph Lauren pantsuit similar to the one she wore to accept the nomination from her party at the Democratic National Convention in Philadelphia in July.

She essentially bookended her two appearances with nearly identical looks, a visual symbol of bringing the election full circle and clinching the deal.

Whereas the DNC suit had traditional wide lapels, Clinton’s debate suit is collarless, with off-center buttons down the front.

Ralph Lauren has been Clinton’s designer of choice since she wore a cobalt blue suit for the campaign-opening rally last year on New York’s Roosevelt Island. 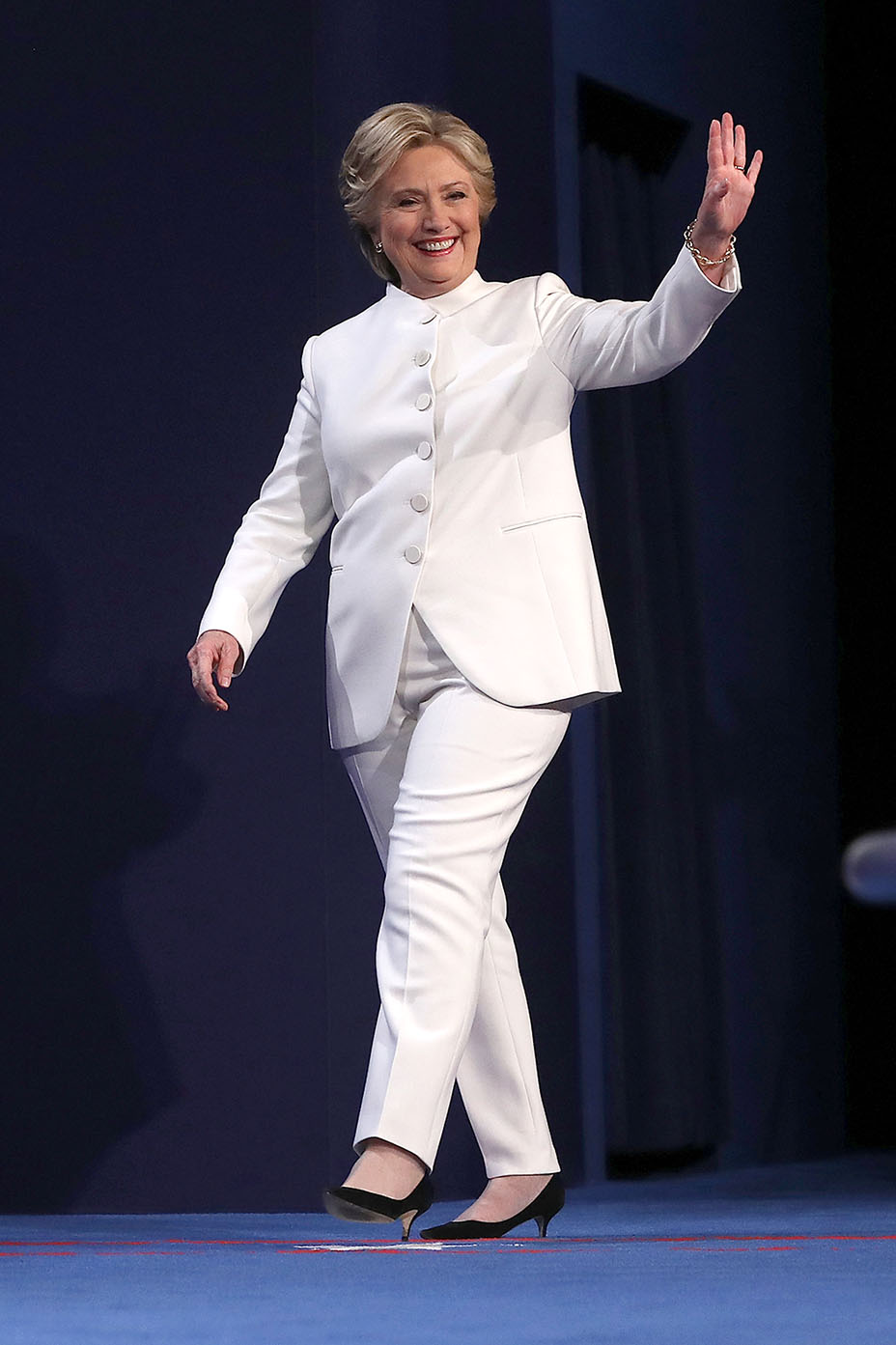 Clinton honored Lauren at the Smithsonian in 2014, presenting him with the James Smithson Bicentennial Medal. The designer donated $10 million to help restore the Star-Spangled Banner that flew during the pivotal Battle of Baltimore during the War of 1812, and $3 million to support the Save America’s Treasures program founded by Clinton when she was first lady.

The choice of a white suit for Wednesday’s debate harkened back to the not-so-distant past, when suffragettes wore white to promote their struggle to gain the right to vote. It also serves as a reminder to voters, during a time when Republican nominee Donald Trump has been under fire for lewd comments and accused by 10 women of inappropriate sexual behavior, that she is the women’s candidate.