First came Al Franken. Will Joe Piscopo be the next SNL alum to join the political fray?

The witty wiseguy — famed for impressions of Frank Sinatra and David Letterman from 1980 to 1984 — may heed the call of his AM radio listeners, mostly blue collar conservatives, to enter the New Jersey gubernatorial race in November. “They say, ‘You should run. You’ll rip it up!’ ” says Passaic-born Piscopo, 65. “And I’m like, ‘Who would want this job, really?'”

A lifelong Democrat, Piscopo switched teams in 2016 when he backed Donald Trump for president. (“I wanted somebody out of the box,” he says.) Ask him how he feels about POTUS‘ performance so far, however, and he not-so-deftly deflects: “I’m more concerned with — and this is the answer to that question — what’s going to lower property tax in New Jersey.”

If he does run, he’ll do it as an independent. “Chris Christie has been in the office for two terms,” says Piscopo of the unpopular GOP governor. “It’s going to be impossible to win [as a Republican] because of that.” Piscopo is pro-union (he’s a member of SAG-AFTRA and the Writers Guild), pro-life (“I’m Italian Catholic”) and pro-gay marriage (“Who am I to judge?”).

Of the former late-night co-star who joined the Senate in 2009, he says, “I don’t agree with Al politically, but I have immense respect for him. He blazed the path for guys like me.” 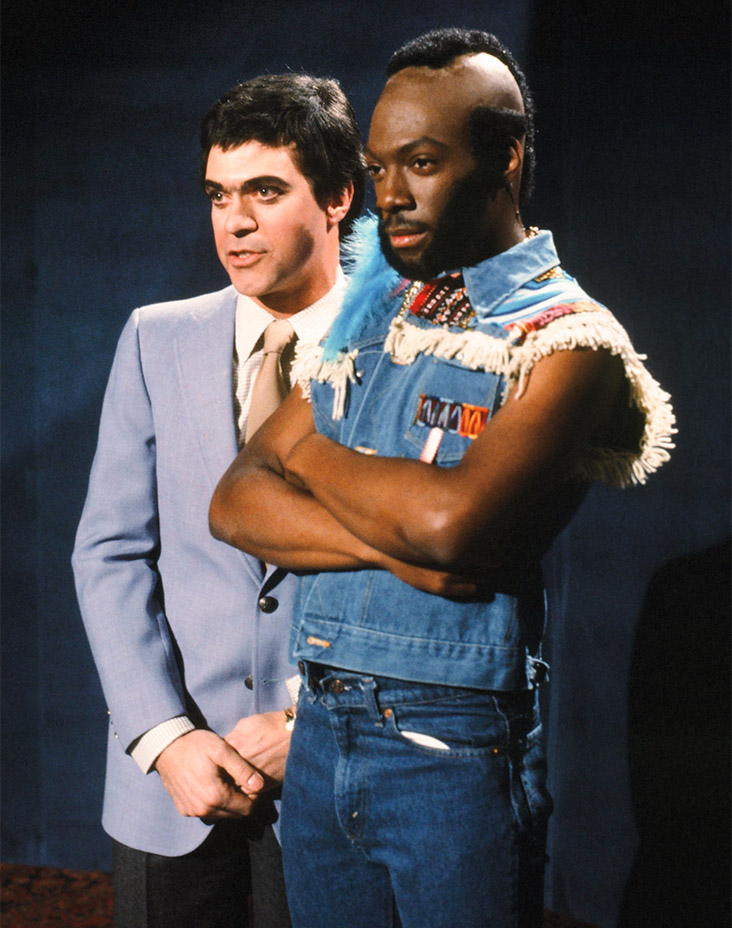