Wednesday’s joint session of Congress was supposed to be a pro forma affair, with the votes of the Electoral College read, and ultimately validated, even as some Republican lawmakers were expected to mount challenges. Within just a couple of hours, however, it turned into a mob scene, as rioters, marching toward the Capitol from a rally hosted earlier outside the White House by President Trump, broke through security barriers and ultimately overran the building.

For the television news journalists covering the affair, it meant a sharp pivot in their reporting, as the severity of the situation became clear.

“I had a sense that this was heading in the wrong direction when I saw the crowds approaching the Capitol,” CBS Evening News anchor Norah O’Donnell tells The Hollywood Reporter. “I think the moment we realized that this was very dangerous was when the Vice President was being pulled out of the ceremonial chair to preside over the Senate.” 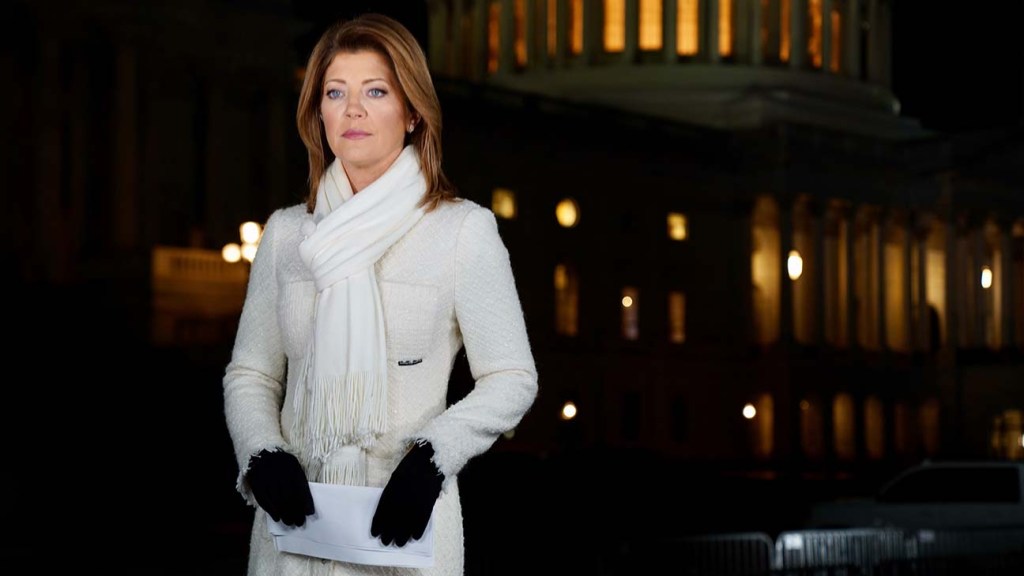 “It went from a calm peaceful demonstration from what I could see, to absolutely chaos, violence and a total frenzy,” ABC News White House correspondent Rachel Scott tells THR. “As one of my colleagues was describing lawmakers huddled under their desks, I was outside hearing chants of ‘fight for Trump!,’ hearing chants of ‘USA!,’ and what we saw was the Capitol being seized, and being taken over, and at that point it was no longer a demonstration, it was a riot.”

“It was transitioning from a political story, what we considered to be a final-step-of-a-process type story, into a breaking news event involving violence, and that is a much different story to cover,” added O’Donnell. “That is a much different calculus, when you have your security teams, and you are concerned about your colleagues and crews in the field.”

Indeed, journalists were seen by many of the rioters as targets, with one scrawling “murder the media” on a door inside the Capitol, and others grabbing and destroying camera equipment from a local news crew. Scott was at the Capitol Building as the crowds formed.

“There were some very tense moments, and moments where we had to retreat from certain areas, because people were shouting at us, people were screaming in our faces,” Scott recalls to THR. 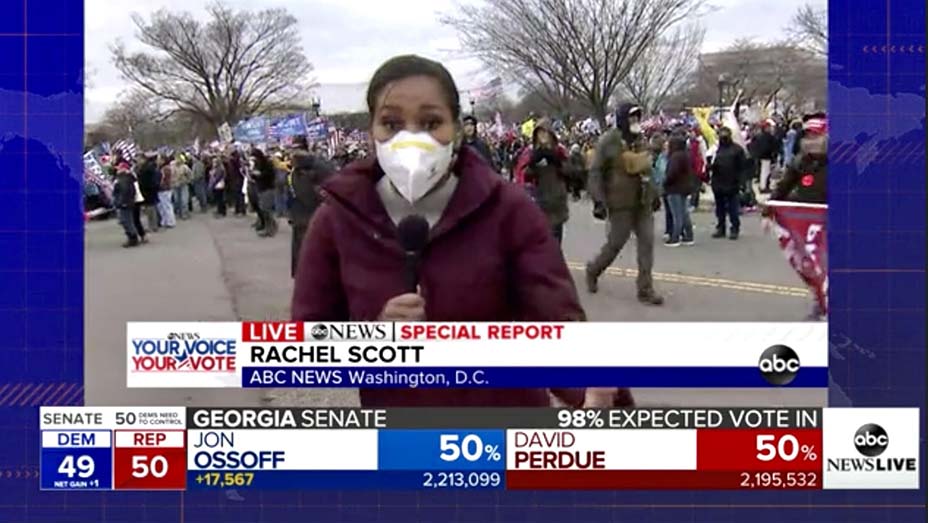 “There was one particular instance, where I was in front of the U.S. Capitol, we were not live, we were recording the stand-up, I was in front of the camera explaining what was happening behind me, and we have it on tape, a man came charging towards me in what looked like an attempt to tackle me,” Scott says. “I am so grateful that we have security, and security was able to block that person from reaching me, but he didn’t just do that once, he did it twice, he circled back around and tried to do it again. At that point, we had to move out of that area, and get out the way where people were gathering. There was definitely resistance to us being there.”

NBC News White House correspondent Peter Alexander, who covered the insurrection and its aftermath for nearly 30 hours, found himself walking through the crowd as he left the White House to head home.

“When I walked out yesterday, I put my mask on my face, my bag over my shoulder, I have my security guy with me and put my head down because as a correspondent who covers the White House, we knew not to make eye contact with these folks who were, as they indicated, out to get folks,” Alexander tells THR. “As I marched through them, they were yelling ‘stop the steal!, stop the f-ing steal!’ and repeating this language that they have been marinating in from the president, and from different parts of the media universe.” 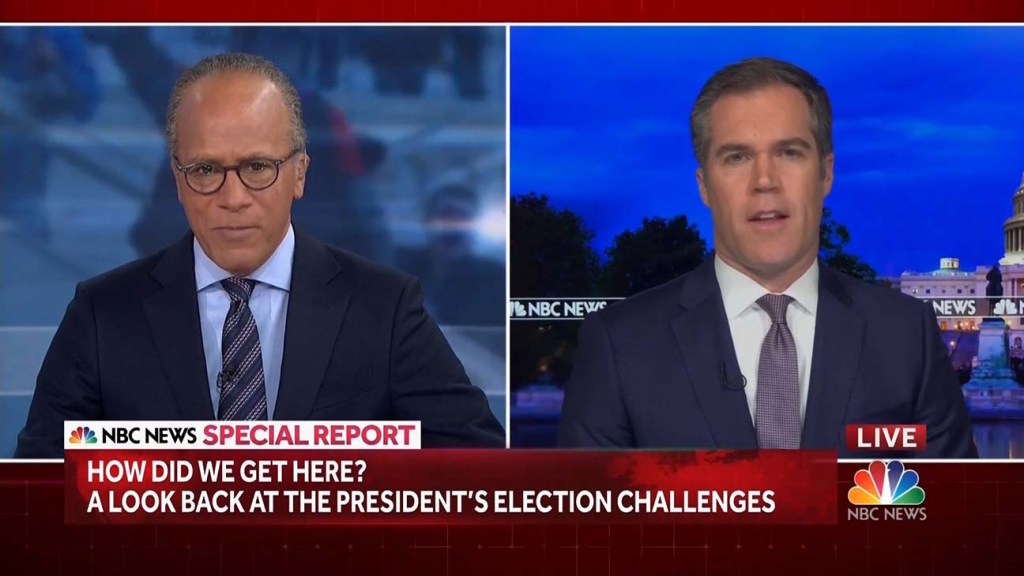 The chaos, it turns out, would continue unabated well into the afternoon and evening.

“I thought, ok, we are here at the Capitol, there is going to be a quick law enforcement presence here,” Scott says. “But in fact it took hours, it was chaos for hours, and I and so many other people are wondering how the Capitol of the United States was left in such a vulnerable position.”

It was a sentiment shared by O’Donnell, who says that the situation may remain tense.

“I raised the question about whether this would break the fever, and I think that was overly optimistic raising that question,” she says. “Based on my reporting today, our nation’s capital is still on high alert, and there are a number of law enforcement officials I have spoken with that are very concerned.”

Covering the riots ended up being a marathon affair, with O’Donnell, who anchors the only evening newscast to originate from Washington D.C., holding fort behind her anchor desk for 10 hours. She would anchor Thursday night’s broadcast from the Capitol itself.

“It is kind of like conducting an orchestra,” O’Donnell says. “We have a control room that is completely extemporaneous, there is no script, you lean on experienced reporters, like Ed O’Keefe who was with me, and Major Garrett, and Margaret Brennan later, this is where you rely on the strength of those around you … we are reporting to everyone in real time what we know, it is completely unscripted, it is live television, and that is what we did for 10 hours.”

Alexander, who started Wednesday morning with reports from the White House, ultimately anchored NBC’s special report when the joint session of Congress affirmed Biden’s win in the early hours of Thursday morning … from his basement.

“I was doing live shots from my basement with Lester Holt, I was up all night in the chair, in my house, with my family sleeping upstairs, to anchor our special report when Mike Pence would confirm President-elect Joe Biden’s victory, which ultimately happened at 3:42 in the morning,” Alexander says. “When that was done, I started writing my Today show piece.”

ITV News Crew on Being on the Frontlines of Capitol Hill Riots: "It Was Pure Fury"