Scandals involving the anti-Trump Lincoln Project PAC, which was backed by some of the entertainment industry’s most powerful figures, has thrust donors and activists into a quandary in the post-Donald Trump era. At stake is the durability of the big-tent coalition that was just barely able to remove Trump from office last November.

The Lincoln Project was established by a group of Republican operatives and consultants whose goal was the removal of Trump at any cost. Their viral ads attacking Trump were widely credited in helping Joe Biden. But after a report surfaced in January that founding member John Weaver had sent unsolicited, explicitly sexual messages to at least 20 men (and later stories said that Lincoln Project members knew about the allegations and failed to act), the group has been attacked on two flanks: by Trump supporters, who are still furious with the group’s apostasy, and by progressives, many of whom were never quite comfortable with a group of Republicans joining their cause.

“From the very start, there was blowback,” says screenwriter Gregg Hurwitz, who along with writer Billy Ray collaborated with The Lincoln Project in creating some of the group’s ads. “People were concerned about their backgrounds and were applying a purity test and were sharpening knives even before the scandal hit.” Hurwitz says his main point of contact at the group was Rick Wilson and that he’d never heard Weaver’s name until the stories about his texts started to appear. Other founding members included former John McCain adviser and MSNBC contributor Steve Schmidt (who since has resigned); Jennifer Horn (also resigned); Reed Galen; and George Conway (who left the organization last year and recently said the group should be disbanded). “Their job was to run psyops [psychological operations] on the president of the United States. And I heard they were an action line on the president’s report every morning — they knew how to get into the head of the most powerful man in the world and had him playing defense. That takes backbone and balls and should not be undervalued when we’re building a coalition,” says Hurwitz, who condemns Weaver’s actions but defends The Lincoln Project, noting how close Trump came to winning a second term and how, with the 2022 midterms ahead, this is no time to jettison alliances. 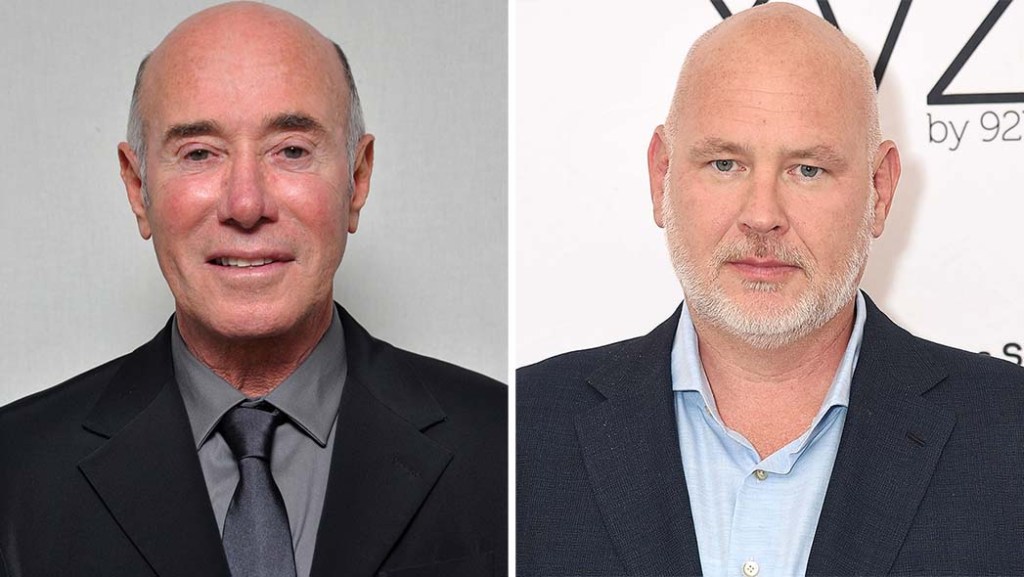 It’s been a dramatic fall for The Lincoln Project, which just weeks ago reportedly was in talks with several agencies including UTA to help build out Lincoln Media, which was going to be the launchpad for programming and podcasts. The effectiveness of Lincoln Project political ads drew donations from David Geffen ($500,000) and Jeffrey Katzenberg ($100,000); many other industry names — including Jennifer Aniston, Ken Jeong, Jason Bateman, Felicity Huffman and MGM chairman Michael De Luca — contributed low-five-figure sums.

A spokesperson for Geffen said his contributions were made in the spring of 2020 after conversations with Schmidt and Galen. “By most reasonable measures, they were successful in meeting their original political objectives,” said the spokesperson in an email. Katzenberg would not comment on the PAC.

The Lincoln Project also is under scrutiny for its finances; millions of dollars raised went to political and strategic communications consulting firms controlled by the group’s founders. The Lincoln Project could not be reached for comment.

The biggest winner in all this might end up being a group of documentary filmmakers — including Karim Amer (HBO’s The Vow), producer Amy Redford and actor-director Fisher Stevens — who have been following the PAC and its founders and have been in talks with various nonfiction studios about a full-length documentary feature. While reps for Amer and Stevens declined to comment, this latest twist in the trajectory of The Lincoln Project could be nonfiction gold and may have the town talking about their project this time next year.

Update (2/26/2021): This story was updated with a comment from David Geffen’s spokesperson.

A version of this story first appeared in the Feb. 24 issue of The Hollywood Reporter magazine. Click here to subscribe.