The NCIS star hit the ground in cities across the United States — from Austin and El Paso to Miami and Houston (with a pit stop in Los Angeles to host the ALMA Awards on Nov. 4) — juggling promotional duties for the CBS procedural and a most pressing matter: Election Day. Valderrama, 38, has been involved with Voto Latino since its inception in 2004, and although times have certainly changed, his activism has not wavered.

He can rattle off his travel schedule just as effortlessly as he can list voting percentages in Texas. About that: “The Latino vote percentages are crazy. In Texas, its up 200 percent and the young vote is up 500 percent,” he explained to The Hollywood Reporter during a telephone interview to talk politics and his multiyear partnership with Johnnie Walker on its Keep Walking America campaign. “There is something happening. Think about how ironic that is from the drop in the last election. It is really historic that the community is really rolling up their sleeves and having an opinion and voting.”

The votes counted, too. According to the Associated Press, the number of Latinos serving in Congress will rise to at least 41 in the new year and could go even higher when two races that are still undecided are finalized. Per AP, “Thirty-three out of 44 Latino Democratic candidates won election in Tuesday’s contests, while six out of 15 Latino Republican candidates claimed victory.”

So, will this upswing one day deliver a Latino president? Valderrama says the answer is both simple and layered.

“For sure,” he says, before launching into the more detailed explanation. “First, this wave of excitement behind democracy inspires young college students and high school students to look at political jobs as an exciting career. What we need first is to cultivate the passion over leadership and political jobs and government jobs. That is when you are going to eventually see someone rise up and do it for the right thing and you’re going to have that community be represented.”

To illustrate his point, he pointed to a leadership program with the Congressional Hispanic Caucus. “We did this workshop were we would talk to young men and women who were passionate about politics and help them sharpen their tools and use workshops that allow them to be more efficient in college so they could pave the road for a political or government job,” he continued. “In the last 10 years, we have seen a lot of these young people grow into adulthood and get jobs in Congress. It is going to come in phases. This phase is like, ‘Wow, I’m passionate and there are a lot of Latinos — they are going to need a leader.’  And one will say, ‘I can be that leader.’ So, hopefully, in the next eight to 10 years that person has been sharpening their tools to really come out swinging and to become that first image of representation for the community.”

Ask any activist and they’ll tell you how exhausting it can be to maintain momentum for years on end. So, who does Valderrama turn to when he needs a pick me up? He has a long list that includes Voto Latino president Maria Teresa Kumar, Eva Longoria, Rosario Dawson, Zoe Saldana and America Ferrera. And he singled out one man on whom he bounces ideas off of.

“You know, Ashton [Kutcher] is my best friend and is another great soundboard for ideas,” he explained. “We collaborate in talks a lot which makes me feel good. So I feel good that in the long 20 years of my career I have been able to get some real people in my life. These are all individuals and I have had some amazing partners and mentors in my career. Those are some of the people that get me, and we understand each other and we help one another be more effective as we hopefully change a little bit of the perception of Latinos in entertainment.” 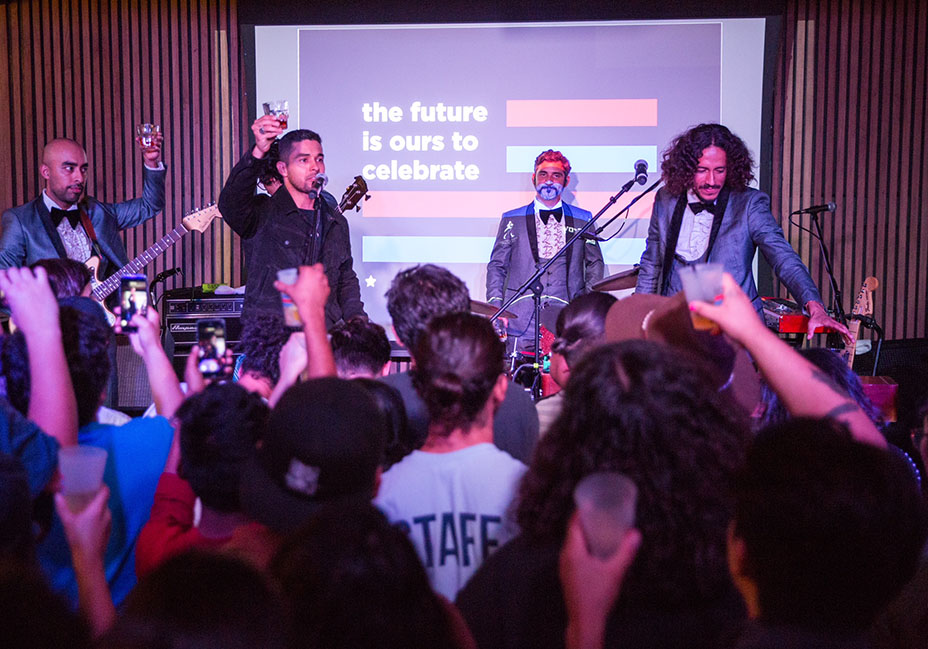 How the Midterm Elections Broke Race and Gender Barriers