Diane Von Furstenberg is giving Alexa a stylish makeover. The legendary designer is teaming with Amazon as part of its  Build It Day 1 Editions program, a crowdfunding-type initiative that lets shoppers get involved in the product development process for the tech giant’s next virtual assistant-enabled devices.

The fashion icon is putting her colorful spin on the latest 4th generation version of Amazon’s Echo Dot speaker, which will be available in three of the designer’s signature prints. The Echo Dot x Diane Von Furstenberg collection designs include a black-and-white ikat print, a magenta and orange Twigs colorway and a chic Midnight Kiss pattern with lips in pink, red and peach.

Here’s how it works: Amazon will reveal innovative concepts for Alexa-friendly products with a certain pre-order goal. Shoppers can “vote” by pre-ordering the items by a certain date, and the product will become reality if the goal is met. If that happens, you’ll be charged when the item is shipped. If the idea doesn’t get enough backers, then those who have pre-ordered won’t be charged.

The speakers are $60 each and pre-orders are available until August 13 at 8:59 a.m. PT. After that, the price goes up to $70 if the item meets its pre-order goal, and products will ship sometime between December 2021 to March 2022. The items launched July 14 and the Midnight Kiss design has already met 50 percent of its goal as of press time, so there’s a good chance it’ll make the cut. (The Twigs and ikat styles are currently at 10 and 28 percent, respectively.)

In addition, Amazon is celebrating its fashionable collab by donating to Vital Voices, a DVF-approved nonprofit organization that invests in women leaders.

The Echo Dot is Amazon’s most popular smart speaker, and users can ask Alexa to answer questions, play music and podcasts, read news and audiobooks, set alarms and calendar events, and check the weather and traffic, to name a few tasks. It also works with other voice-enabled smart home products, allowing you to control lights, thermostats, doors and more Alexa-friendly devices. Those concerned about privacy can also turn off the microphone by tapping a button.

Other Echo Dot features include hands-free calling, safety alerts that notify you of smoke alarms or broken glass, and the ability to make announcements to other rooms with an Echo speaker.

If you, too, feel that Alexa is a wrap dress kind of gal, then shop the limited-edition Echo Dot x DVF devices below. 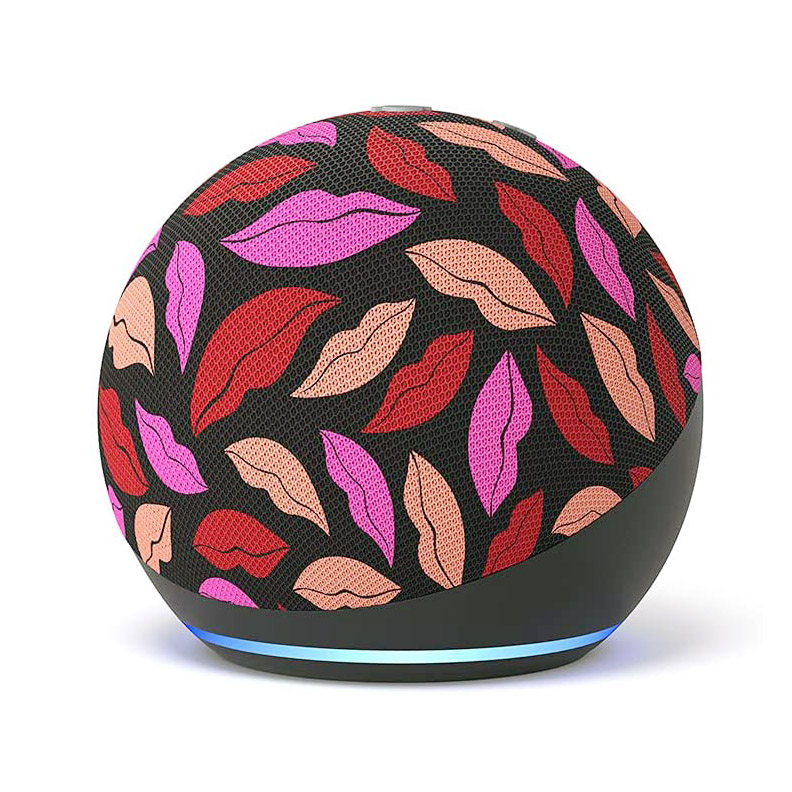