With its streaming service, its moviemaking deal with A24 and a slew of originals nabbing high-wattage stars like Glenn Close, Apple is a major player in Hollywood. Now, the Cupertino-based company is furthering its relationship with its first Downtown Los Angeles store, which is housed in L.A.’s first talkie theatre.

Starting today, Apple aficionados and Hollywood history buffs are in for a treat when they step into Apple Tower Theatre, which was “lovingly” restored and transformed into the company’s newest store in collaboration with the U.K. firm Foster + Partners, says Apple retail design team director Doo Ho Lee.

Spanning approximately 14,860 square feet across two stories, the space (802 S Broadway, L.A.) features “a number of what I would consider eccentric and unique details that you would not see in any [other] genre of buildings,” Lee explains. Among those are “sculptures that are very specific to cinema — there’s a gentleman with a camera on one of the decorative elements outside, [and there’s] the film strip that’s embedded into the stained glass window feature.”

Shopping: Casetify's New Tech Accessories Will Dress Up Your iPhone Like a Disney Princess

The Best Billie Eilish Merch to Celebrate 'Happier Than Ever'

Lee adds, “We’ve tried to restore all of them as we can, and we found some new homes that you will probably discover as you walk through the space.” A gallery on the basement floor showcases those artifacts uncovered during the restoration.

Commissioned by independent film exhibitor H. L. Gumbinrand and designed by architect S. Charles Lee, the Tower Theatre boasts the popular Baroque Revival architectural style of its era, with French, Italian, Moorish and Spanish elements, according to the L.A. Conservancy.

Per the preservationist nonprofit (which worked closely with Apple and Foster + Partners to review plans), the film house debuted in 1927 with the silent film The Gingham Girl and later that year premiered Warner Bros.’ The Jazz Singer, starring Al Jolson. It’s located not far from another restored Broadway gem, The Theatre at the Ace Hotel (formerly the United Artists Theatre).

The restoration team “relied on historic photographs to create a replica of the Tower cap damaged in the 1971 San Fernando earthquake,” while the majestic red carpet-covered staircase between the two floors was originally inspired by the Paris Opera House to offer a “real sense of procession,” says Lee. 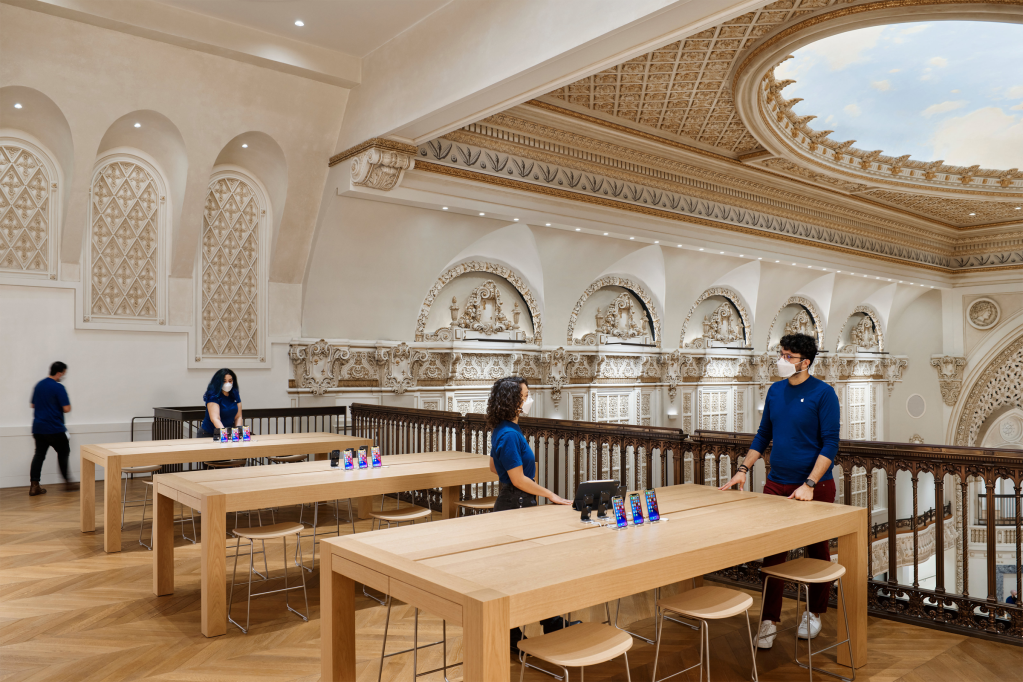 Apple Tower Theatre stocks the brand’s full range of products, including iMacs, iPads, Macbooks, iPhones, and other devices and accessories. The store offers the same retail services as its other locations, including device support at its Genius Bar, in-store pickup for online orders and one-on-one sessions with the tech brand’s specialists. The photogenic shop will also host a regular lineup of events for the local creative community, including children’s programs and talks focused on film, TV and music.

Apple tapped 15 L.A.-based artists to create murals dedicated to their mentors. The creators used the iPad Pro and Apple Pencil to draft their designs before painting their art directly onto the store’s building. The murals are highlighted on Apple Maps and the Street Art Cities app alongside other works by the artists.

Can’t get to Apple Tower Theatre just yet? We’ve highlighted a handful of Apple products to shop online below, including a few that are still on sale on Amazon. 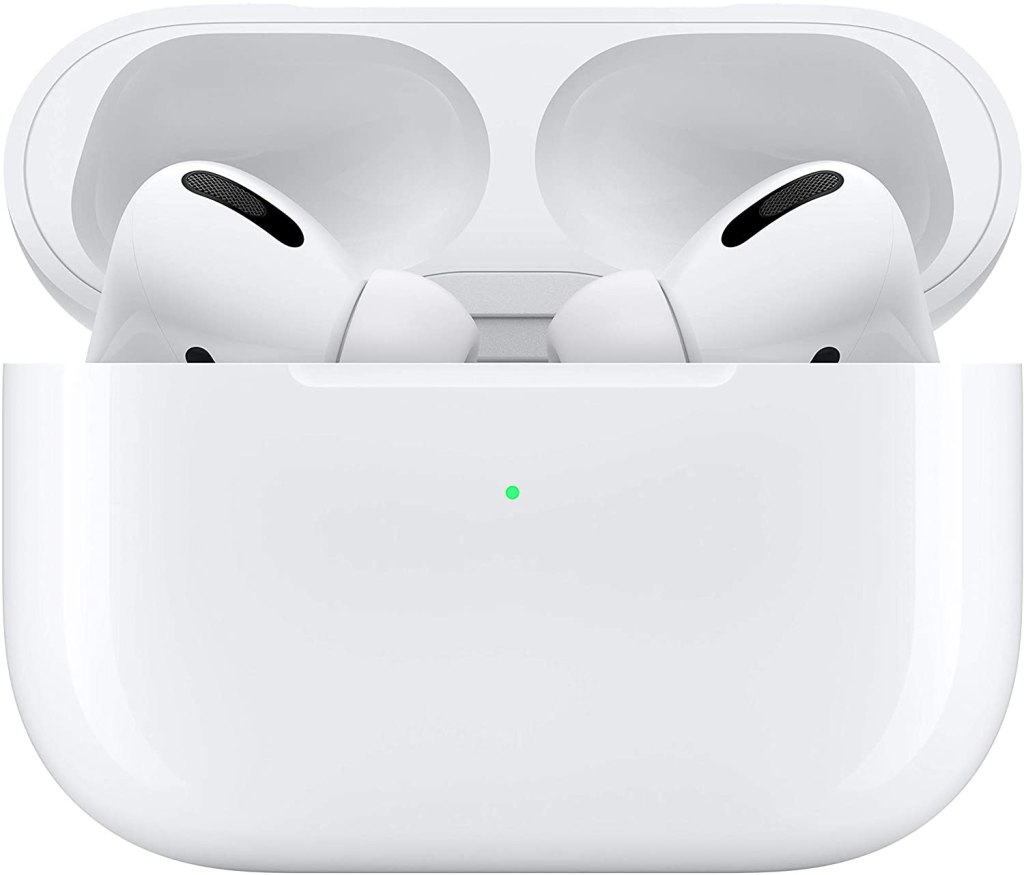