Daniel Craig is hanging up his spywear onscreen and off in No Time to Die, the much-anticipated 25th installment to the 007 franchise. Originally due in 2020, Craig’s fifth and final movie as James Bond will land in North American theaters Friday, Oct. 8, though film fanatics in Los Angeles, Miami, New York, San Francisco and other select cities can watch the thriller at early preview screenings starting Oct. 6.

John Boyega on Teaming with Converse for the Create Next Film Fund, Working with Michael K. Williams

Besides zipping around town in a silver Aston Martin DB5 Junior, there are a few ways to channel the smoldering spy in real life. Consulting agency Spyex lets everyday citizens — presumably who can pay top dollar — learn from some of the world’s best (and former) covert operatives; think ex-officers and leaders from the CIA, FBI, KGB and Mossad, to name a few agencies. Former FBI lead hostage negotiator Chris Voss’ MasterClass series teaches online students the top techniques on gathering intel (or becoming a master manipulator).

Another option? Shop some of the stylish gear that James Bond wears in No Time to Die. A slew of clothing and accessories brands collaborated with the British spy franchise to release hype-building collections timed to the original debut date, and many are still available ahead of the film’s October arrival. Ahead, we’ve rounded up some of the best spy-worthy pieces inspired by James Bond and more movie merch — shop all of our top picks ahead.

For when you need to collect photographic evidence or simply want to capture your favorite moments like a pro, Leica’s 007 edition of its luxe Q2 camera lets you snap away like your favorite spy. The camera boasts a newly-developed OLED viewfinder, a lag-free high refresh rate, and a speedy autofocus system that hones in on subjects within milliseconds. A Maestro II processor promises a continuous burst shooting rate of 10 frames per second, and shutterbugs can record in 4K UHD and Cine4K video.

The limited-edition, individually-numbered models (there are only 250 available) come in a custom movie-inspired ocean green case designed by luxury British suitcase brand Globe-Trotter. The regular version is also available on Amazon, and beginner photographers can also start with Leica’s D-Lux 7 4K compact camera if they’re not quite ready to splurge.

Those in L.A. can see the camera in person alongside a photography exhibit at Leica’s boutique and gallery (8783 Beverly Blvd.), which will showcase 25 behind-the-scenes images from the film (including photos taken by Craig himself) through Oct. 11. 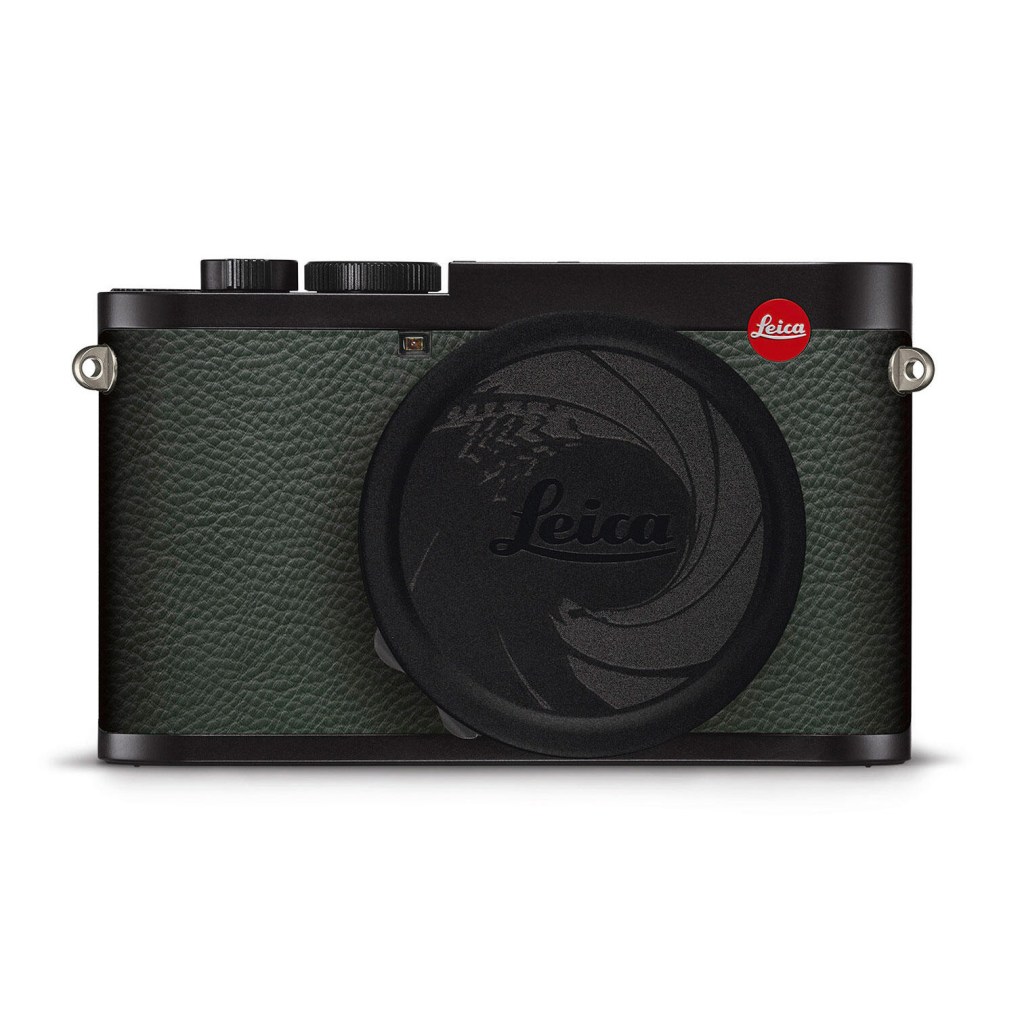 Available in four colorways, Adidas’ Ultraboost 20 running shoes let your feet pound the pavement like James Bond. Designed in collaboration with the film franchise, these sneakers are emblazoned with the Q Branch seal and 007’s gun barrel logo. They’re finished with secret pockets hidden in the lace cage so you can tuck away confidential notes (or maybe just your house key) inside. 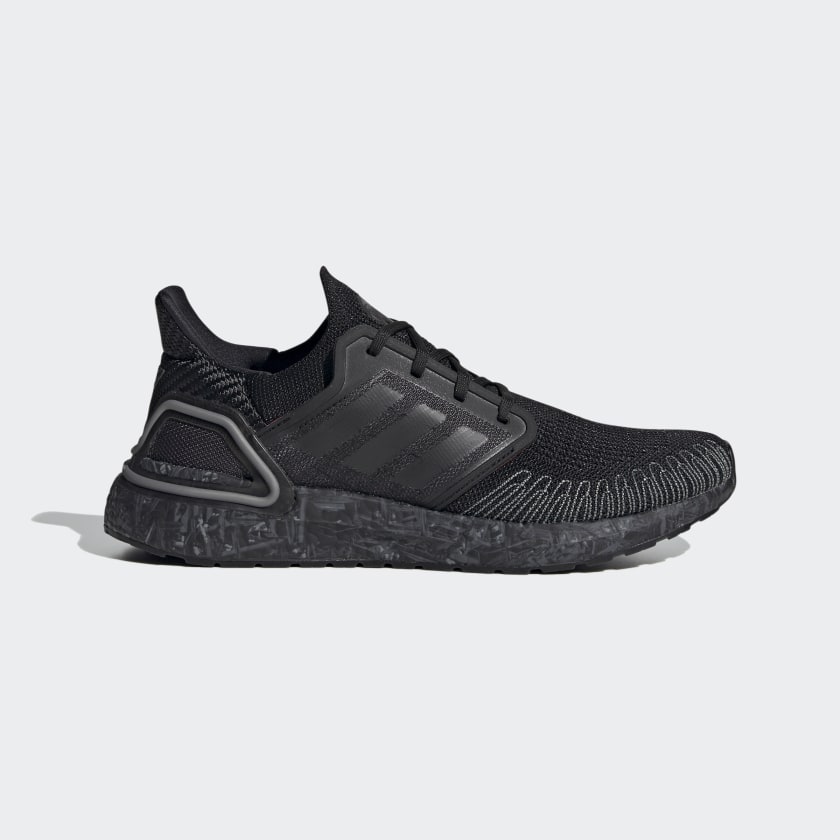 London-based clothing label N. Peal continues its ongoing 007 collaboration (which began with 2012’s Skyfall) with a range of apparel and accessories created with No Time to Die costume designer Suttirat Anne Larlarb. Craig wears this ribbed sweater made of a blend of superfine Merino wool and cashmere, and it’s finished with canvas patches on the shoulders, elbows and cuffs to “reflect Bond’s close association with the Royal Navy,” per the brand. They’re worn in the film with N. Peal’s combat trousers, which are also part of the movie-inspired collection. 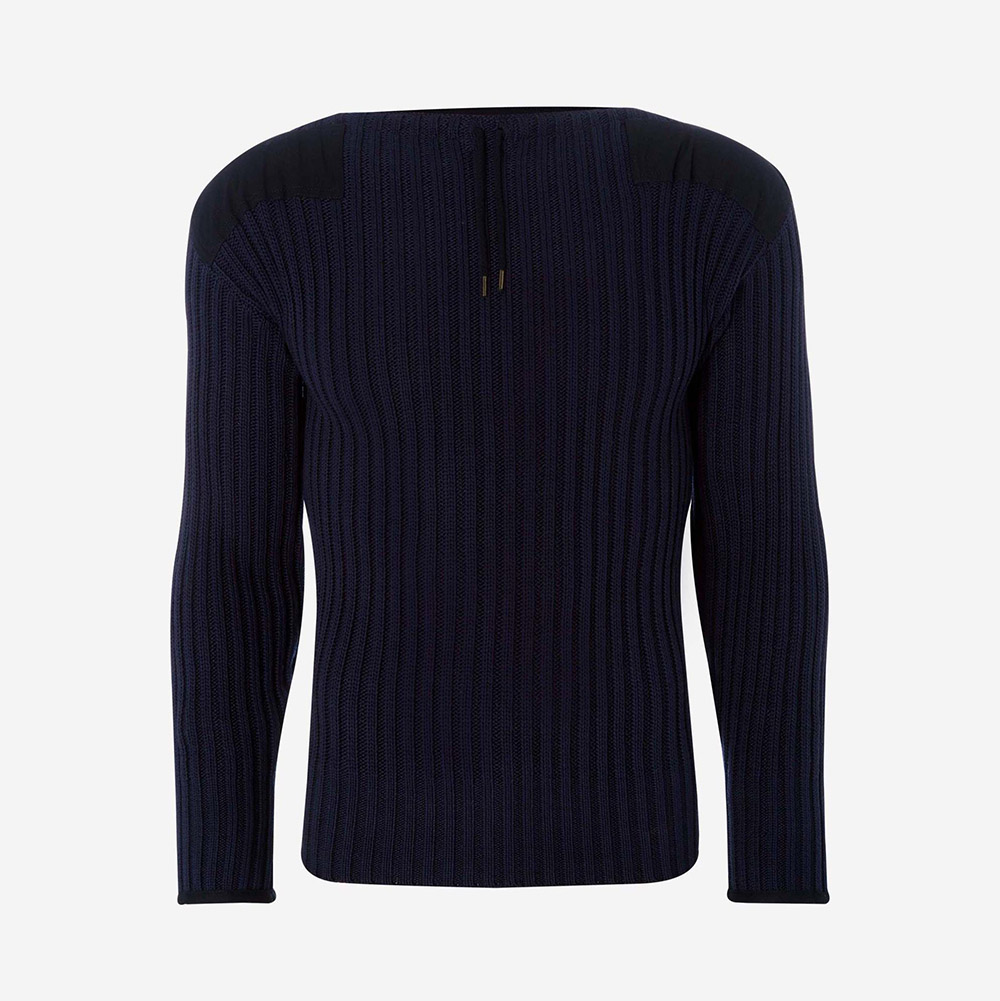 Your favorite dad brand is 007-approved. Seen on Bond at his Jamaica getaway in No Time to Die, this Tommy Bahama long-sleeved button-down shirt is made of 100 percent silk and features a straight hem, side vents and a front chest pocket. 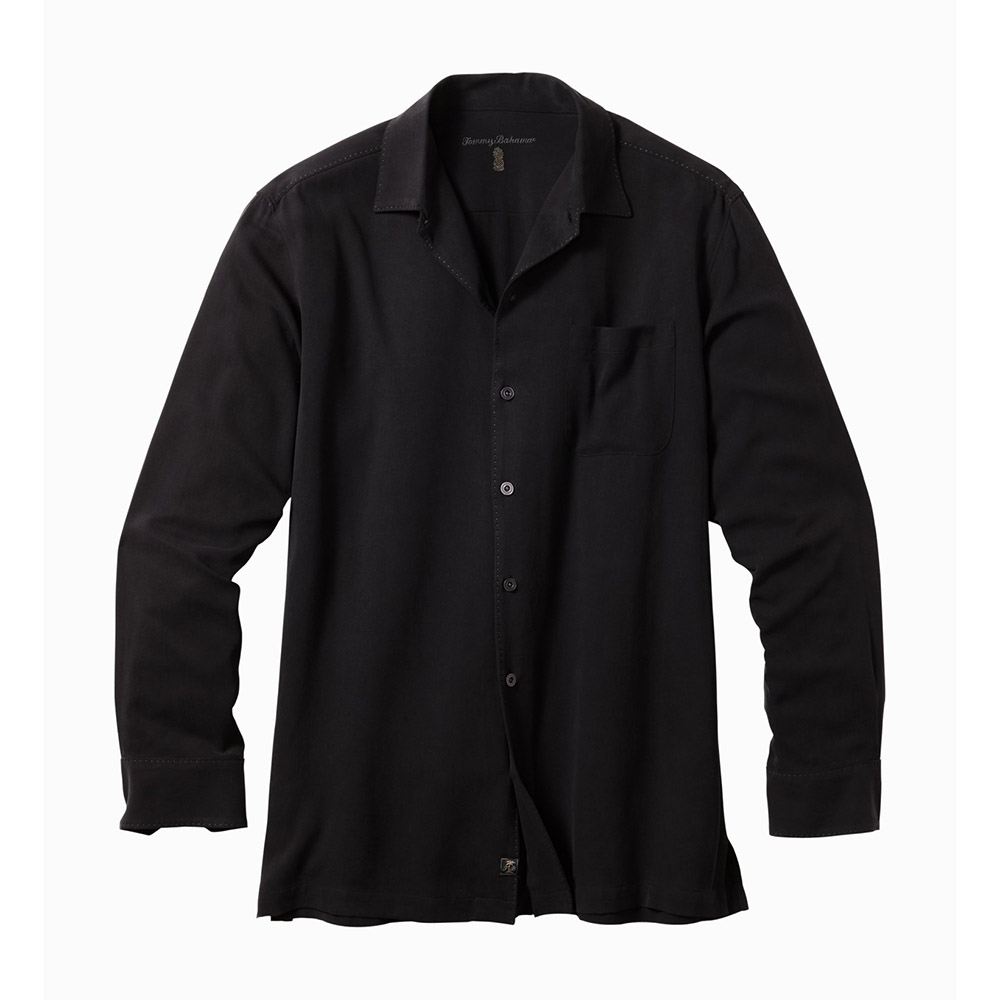 The official eyewear partner of No Time to Die, Los Angeles-based luxury brand Barton Perreira released a three-pair collection of stylish specs worn by Craig and other stars in the film. These 007 Joe black glasses were handmade in Japan from sturdy Zylonite, and feature a classic rectangular black silhouette for stylishly sleuthing around town. The 52-millimeter frames are finished with mineral glass lenses and come with an exclusive box, cleaning cloth and authenticity card. 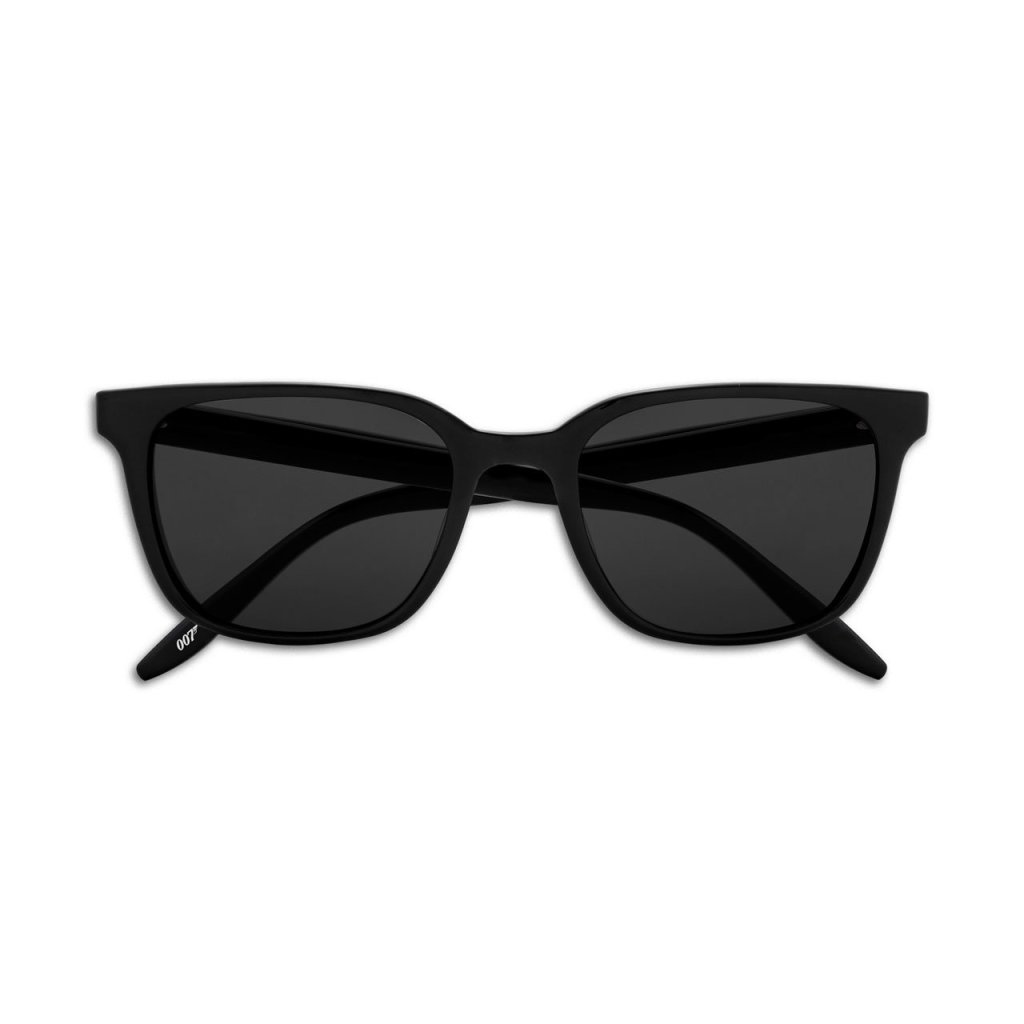 Daniel Craig wears U.K. menswear label Connolly’s Finnamore shirt in No Time to Die. Part of the U.K. menswear label’s collaboration with the movie franchise, the linen button-down was handmade in Italy and features a relaxed fit, mother of pearl buttons and an exclusive 007 label. 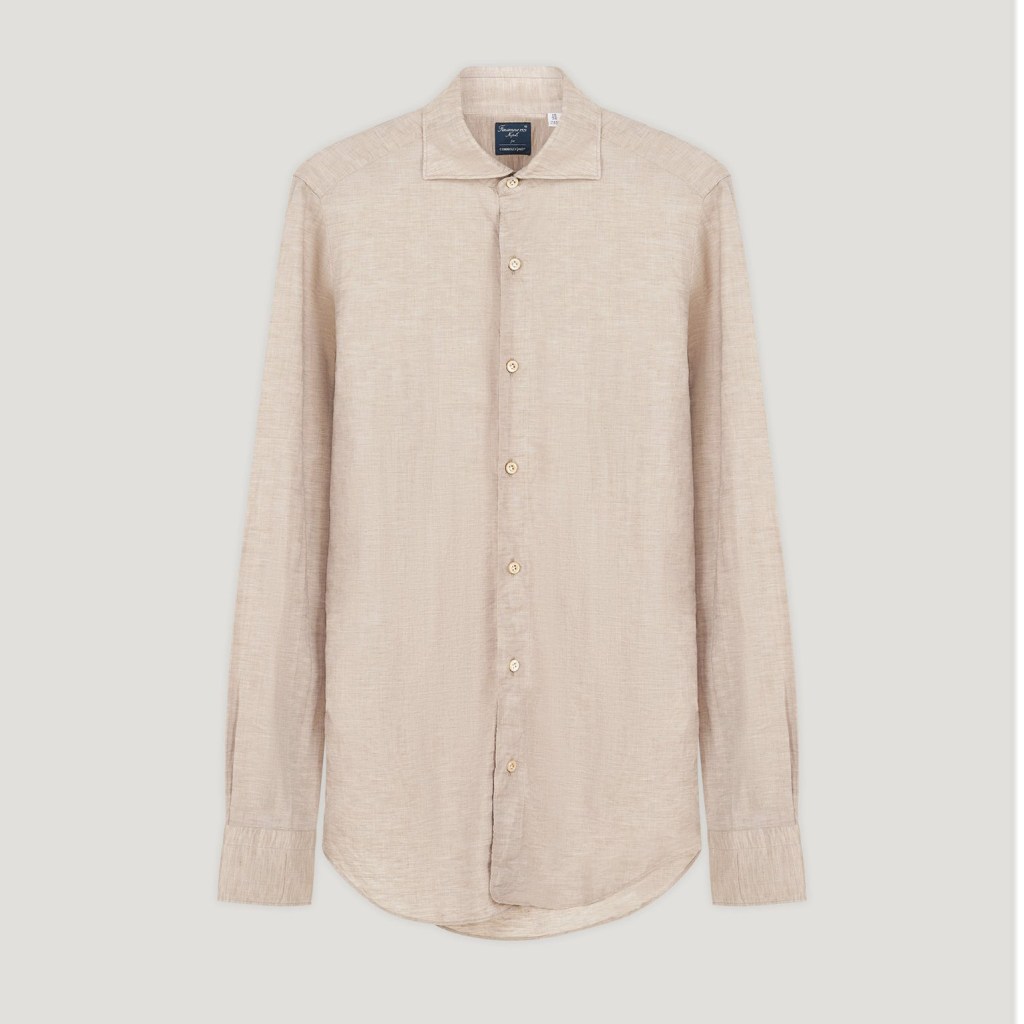 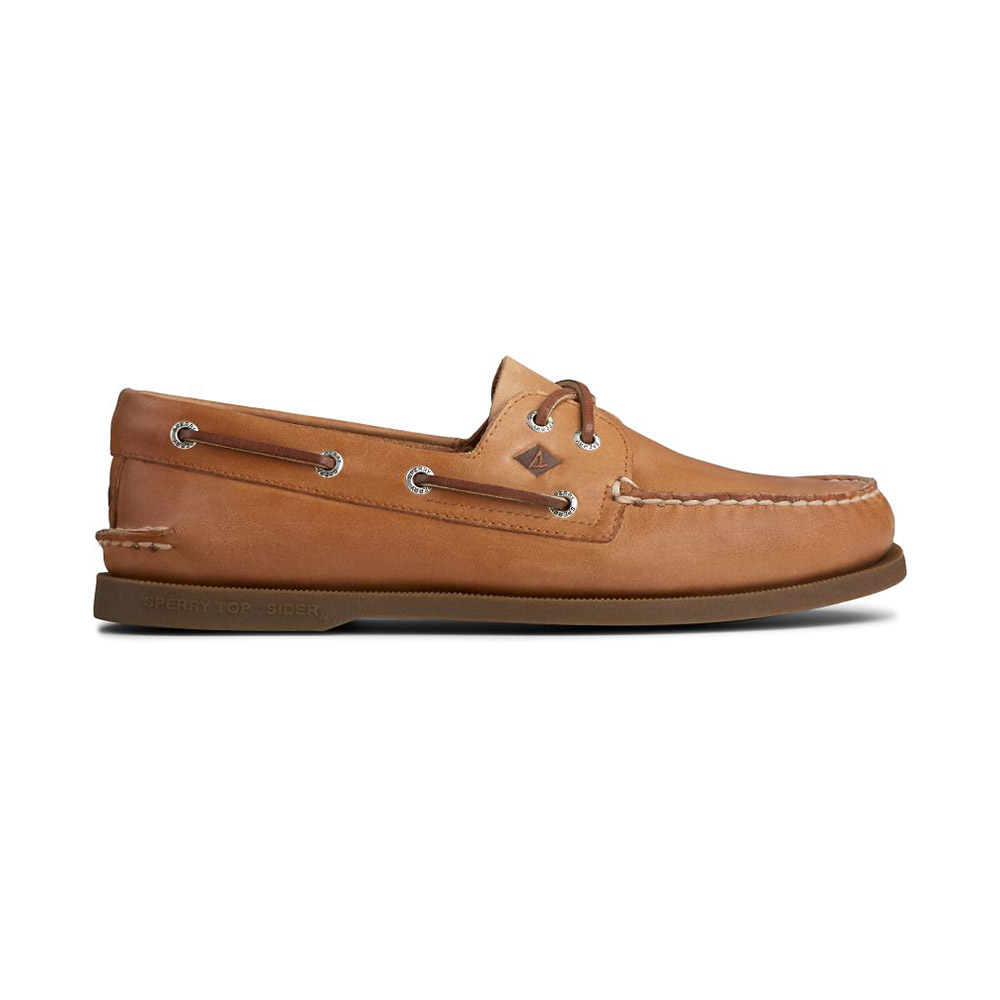 Though not an official movie product, Ray-Ban’s new Stories sunglasses protect your peepers from the sun while giving you access to the same features of your smartphone, like taking hands-free photos and videos, controlling your phone’s music or answering calls. Available in three of the iconic eyewear brand’s styles (the Wayfarer, Round or Meteor frames), the glasses are equipped with three built-in microphones for capturing sound in all directions and a five-megapixel camera with automatic light adjustment and stereoscopic photo depth.

The smart glasses work with Facebook View (available for iOS and Android), which lets you import, edit, create and share your content and manage your wearable’s settings. 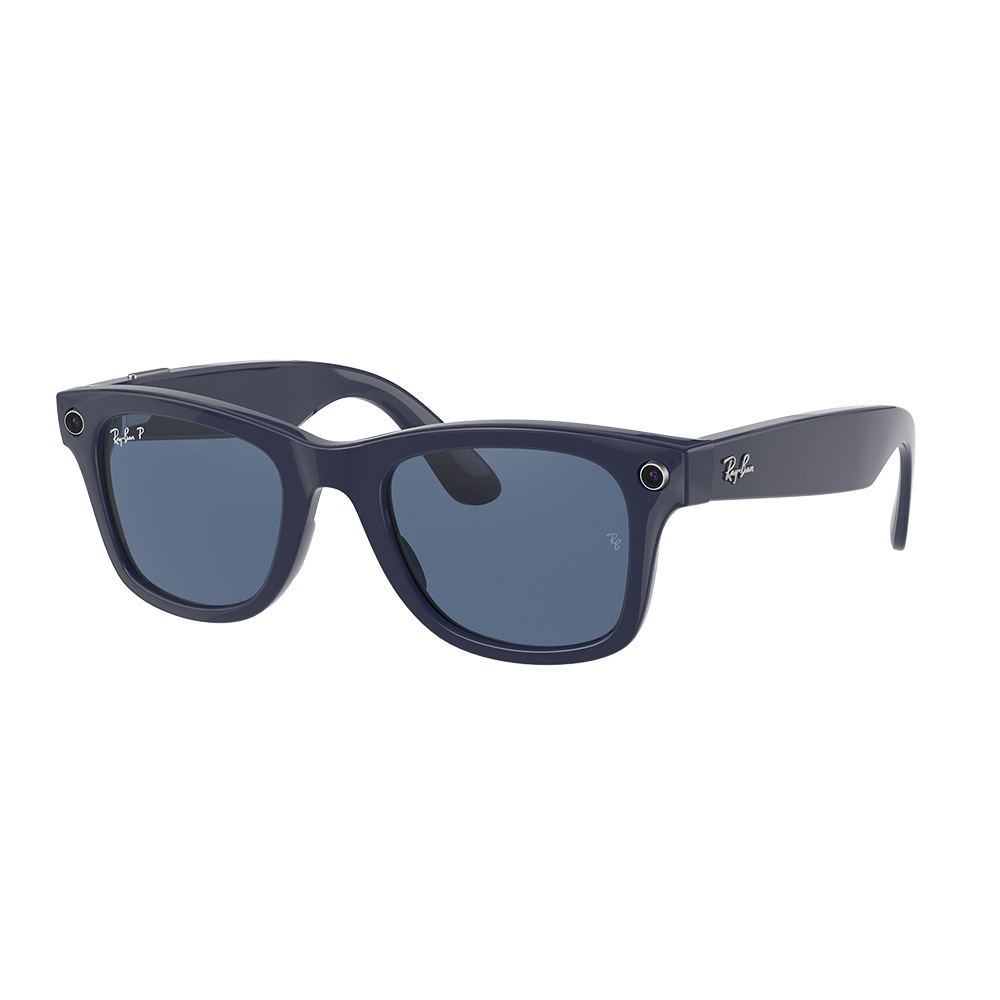 Craig helped to design the 007 edition of Omega’s Seamaster Diver 300M watch, which was worn onscreen by the actor. Inspired by Bond’s fictional career as a Royal Navy Reserve commander, the Swiss timepiece boasts military- and vintage-inspired design elements including a tropical brown bezel and aluminum dial, a lightweight Grade 2 Titanium mesh bracelet and engraved numbering that nods to the spy franchise’s first film, Dr. No. It’s available as a pre-owned piece and also comes in a Nato strap version. 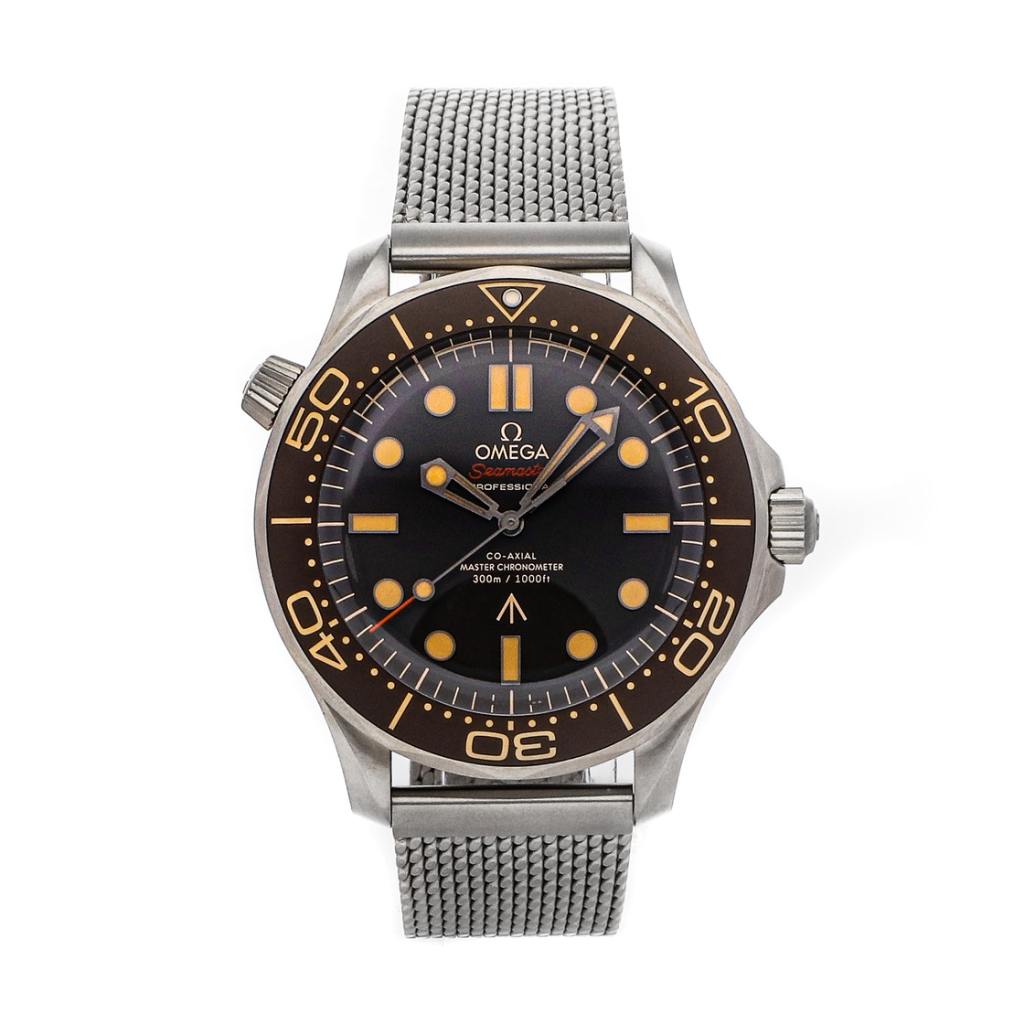 For collectors who want to go beyond their wardrobes, Funko Pop!’s vinyl figurine of 007 from No Time to Die is a worthy addition to your MI6-inspired memorabilia shelf. 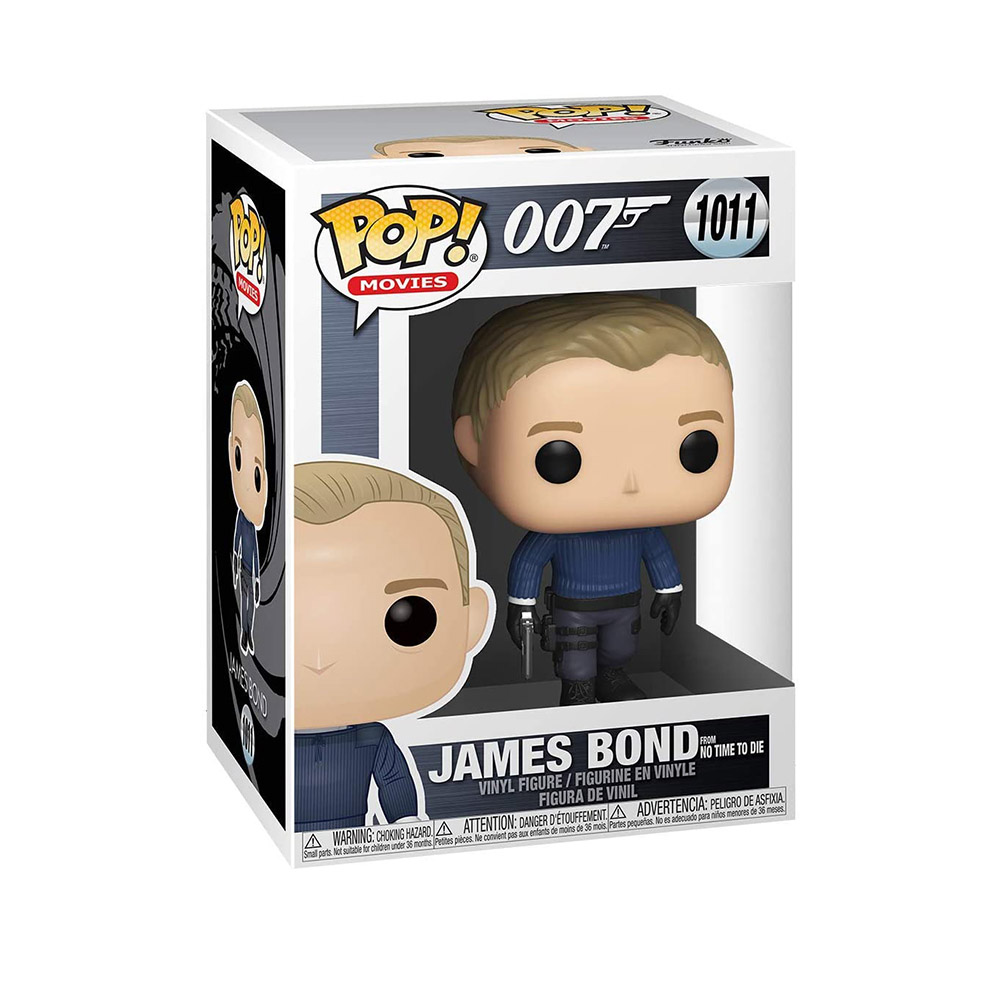 If a life-sized Aston Martin is out of reach, this collectible CB5 by Playmobil is the next best thing. This Goldfinger edition mini-automobile includes three-inch figurines of James Bond, Auric Goldfinger, Oddjob and a henchman, plus spy-ready features such as a revolving license plate, ejector seat, tire slashers, a pop-up bulletproof shield and more. 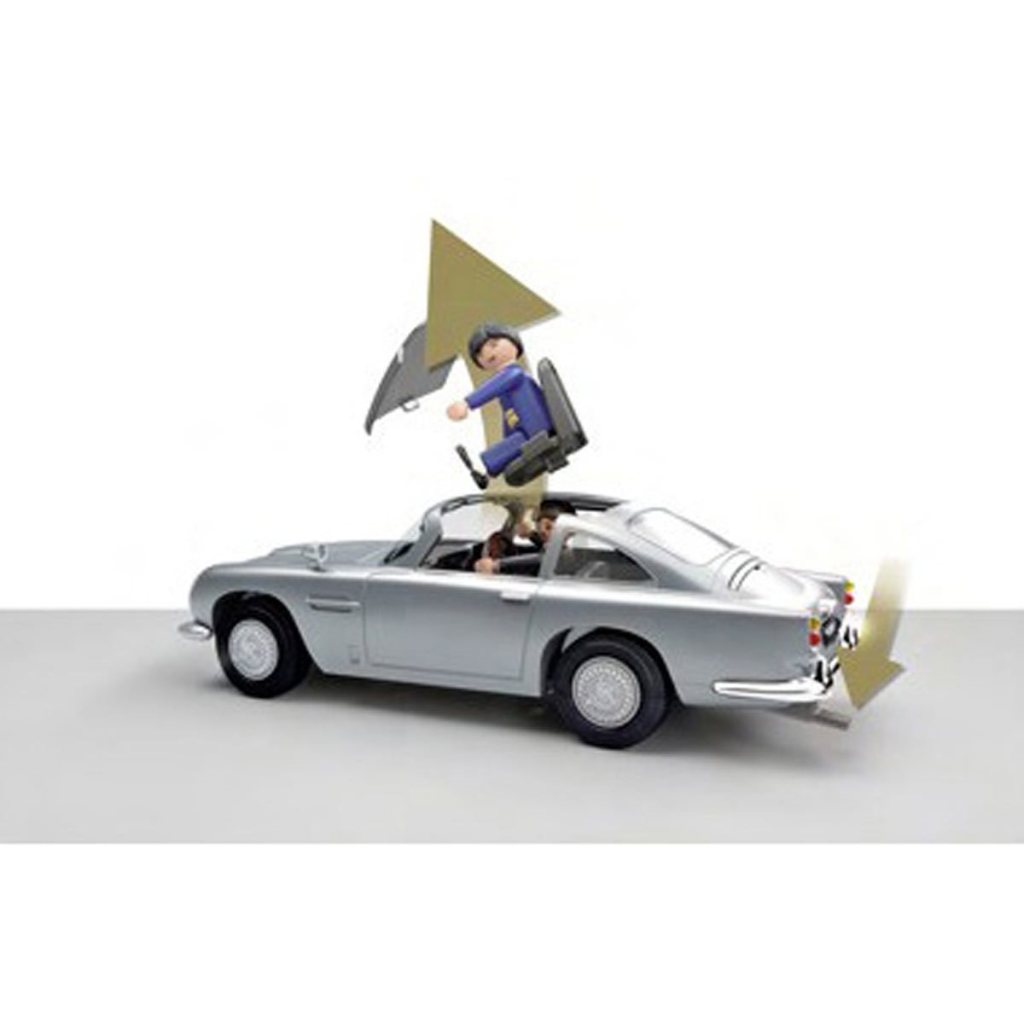 The ultimate gift for Bond lovers, this Advent calendar lets you (or another 007-obsessed recipient) unwrap 12 days of movie-inspired treats, from a sleek martini cocktail jig and a Dr. No silk pocket square to a Casino Royale prop chip Kamal Khan’s lucky dice, to name a few. 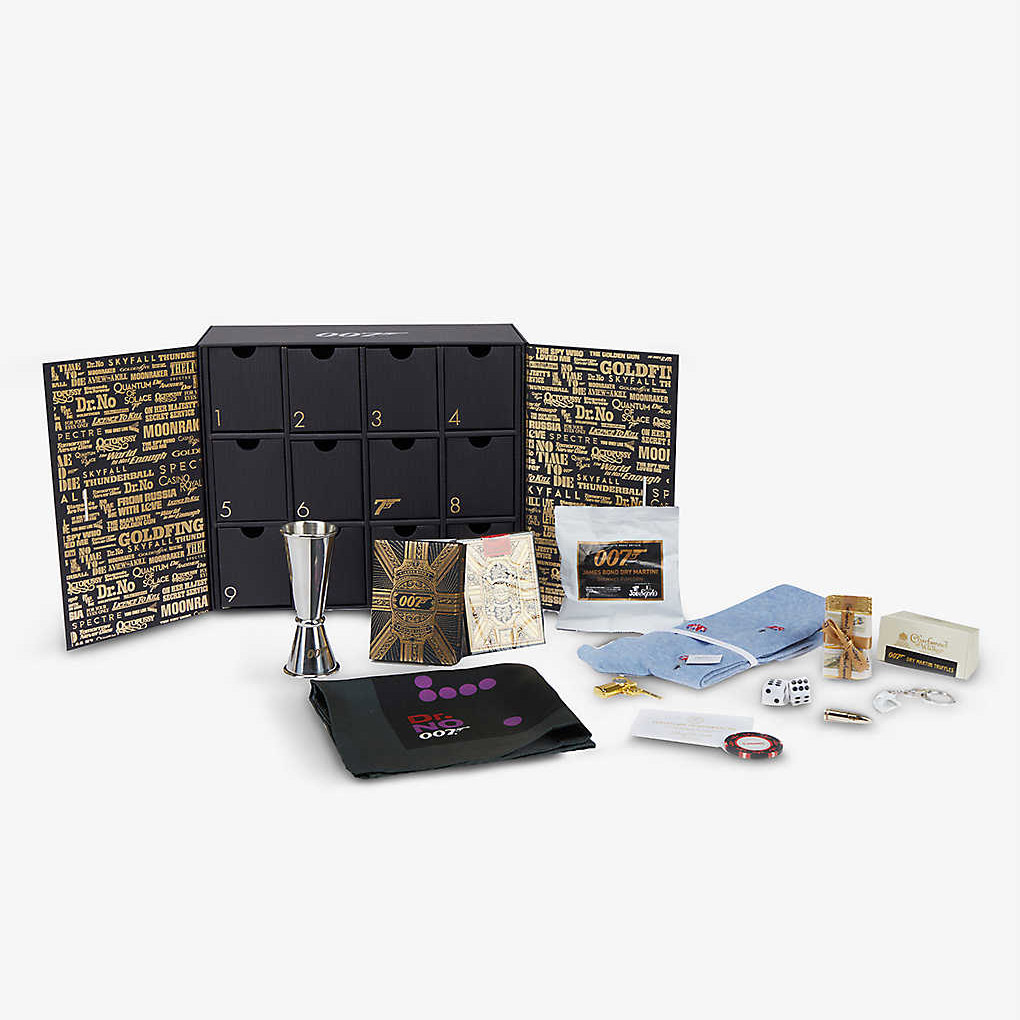