Netflix’s Squid Game is shaping up to be the streamer’s latest megahit, so it’s no surprise that the Korean dystopian thriller series is also among the top Halloween costume inspirations right now. Netflix co-CEO Ted Sarandos revealed at the Code Conference earlier this week that the horror show has “a very good chance it’s going to be our biggest show ever,” reported CNET (though exact viewership data has yet to be shared), and one South Korean internet service provider is suing the streaming and entertainment company over the surge in network traffic caused by the popular series, per CNBC.

Released in September, the show (which streams exclusively on Netflix) follows desperate contestants participating in a deadly competition of children’s games in order to win a sizable cash prize. Starring Lee Jung-jae, Park Hae-soo, Lee Yoo-mi and Wi Ha-joon, the nine-episode series is among the South Korean content nabbed by Netflix, which spent $500 million on films and TV series produced in the country.

Though talks of a second season have yet to surface, costume manufacturers on Amazon are already racing to get pieces into the hands of TV fans who are searching for how to dress up as Squid Game characters online. And pop culture merch brand Zavvi recently released an official Squid Game collection of limited-edition apparel, footwear and home goods ($20 to $60). 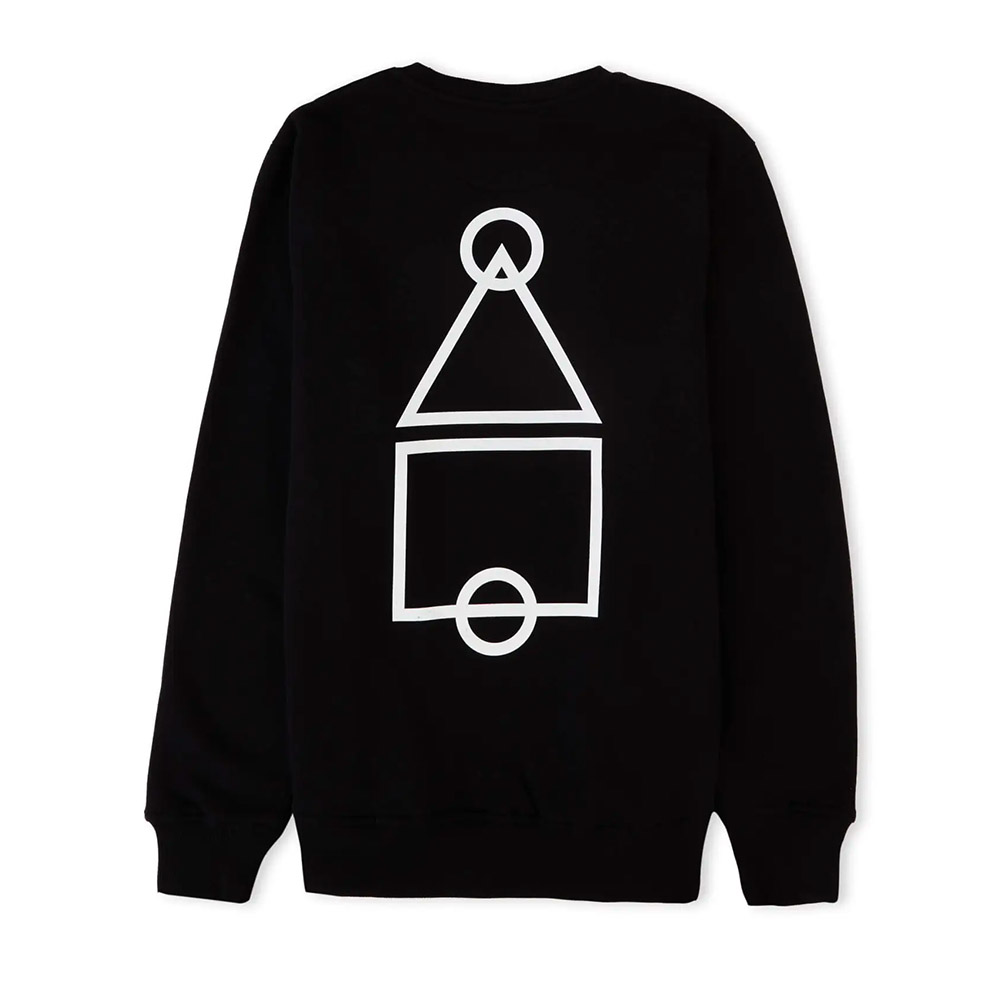 In the show, contestants wear teal tracksuits with their personal identification numbers, while guards sport hooded red jumpsuits with black fencing masks. Then there’s the robot schoolgirl who serves as the gamemaster for the first episode’s “Red Light, Green Light” challenge, and finally, the eery Front Man, who wears a geometric face mask with a sleek black coat and leather gloves.

Many of the show’s signature looks are easy DIY projects — you can easily find green and red tracksuits online, or assemble outfits from pieces you already have in your closet. For those who aren’t so handy or who prefer to shop online, we’ve rounded up the best Squid Game-inspired costumes. As many items are being manufactured and shipped from Asia, you’ll want to account for overseas delivery times (some orders may not arrive until the week of Halloween) and variations between U.S. and Asian sizing (always check the measurements).

Also note that all of these Halloween looks have yet to earn reviews, so keep that in mind when shopping on Amazon and elsewhere. Ahead, we’ve rounded up the options out there, including Squid Game costumes that are most likely to ship before Halloween.

This faithful recreation of the Squid Game contestant uniform comes in teal and red, and with different identification numbers on the chest. 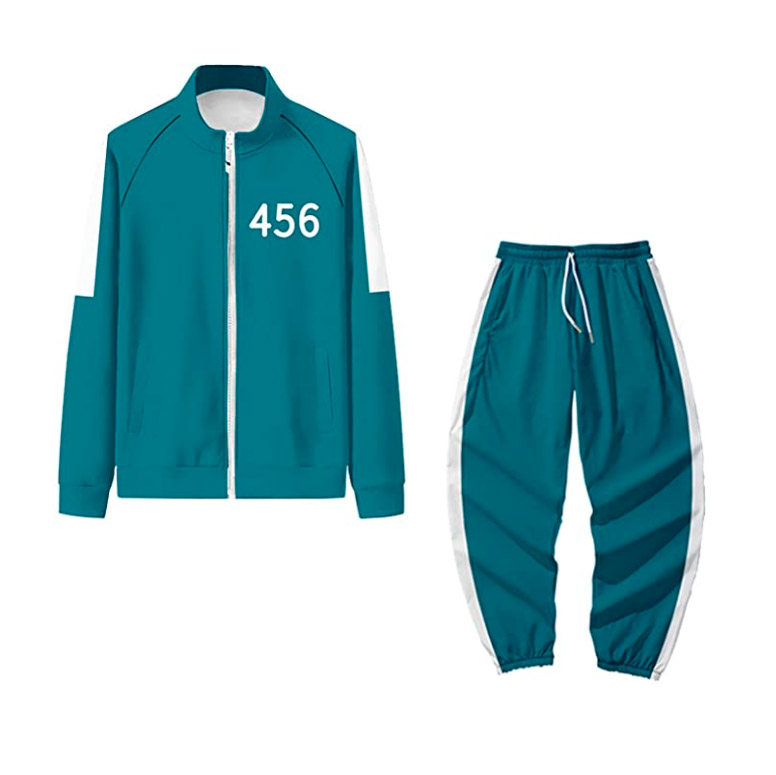 Contestants wear a white and green ringer tee (similar to the one below) with their player number printed on the chest. 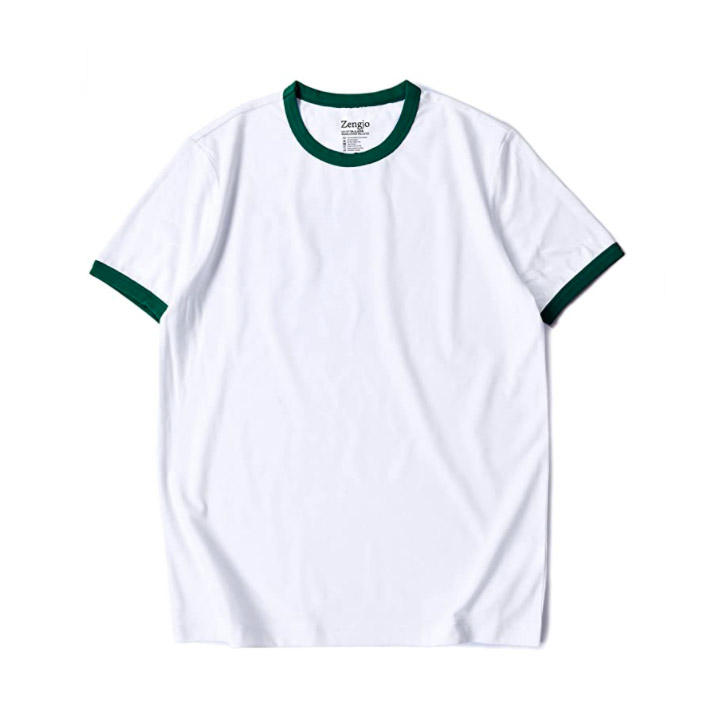 If you prefer to take a more DIY approach, this teal tracksuit is a perfect fit for handmade costumes. Just sew on the numbers “456,” “218” or whatever ID you choose to re-create your favorite Squid Game character.

The contestants wear white shoes similar to Vans’ best-selling slip-ons. What’s great about the Southern California-based brand’s classic pair is that they’re a versatile addition to your wardrobe, so you’ll wear them long after Oct. 31. 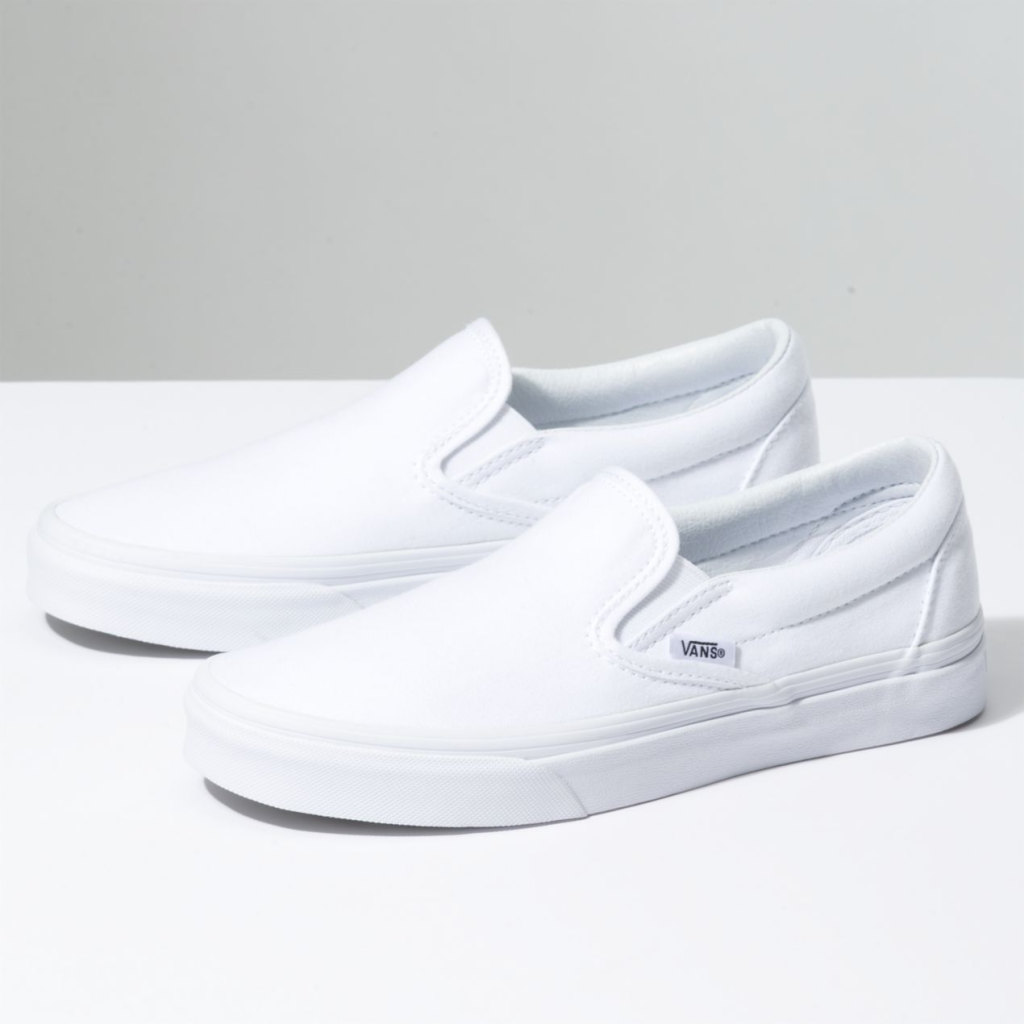 Prefer a label-less pair like the ones in the series? Try these sneakers by Lugz, which offers the same look as Vans’ slip-ons. 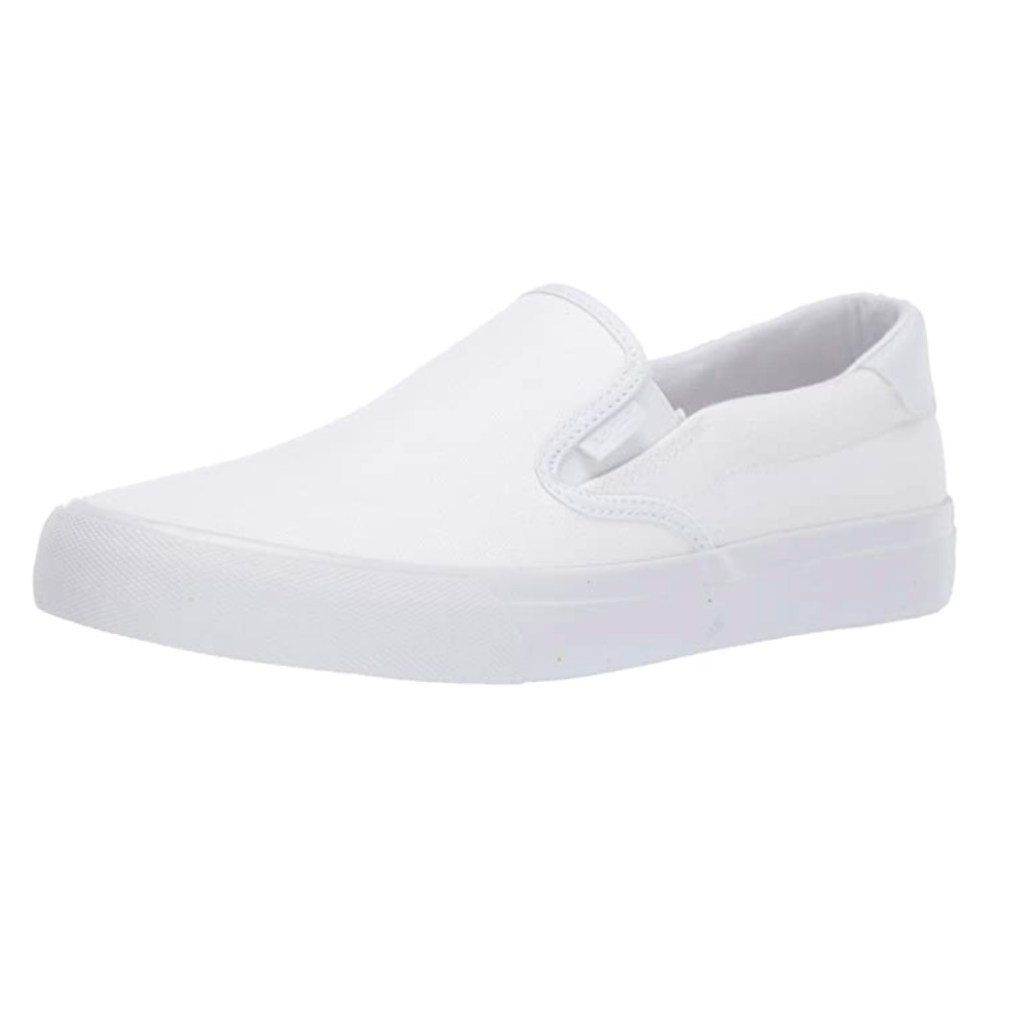 Another option for getting the white shoes from Squid Games is Toms’ best-selling canvas slip-ons. Note that this pair is in women’s sizes, so men may need to convert the sizing. 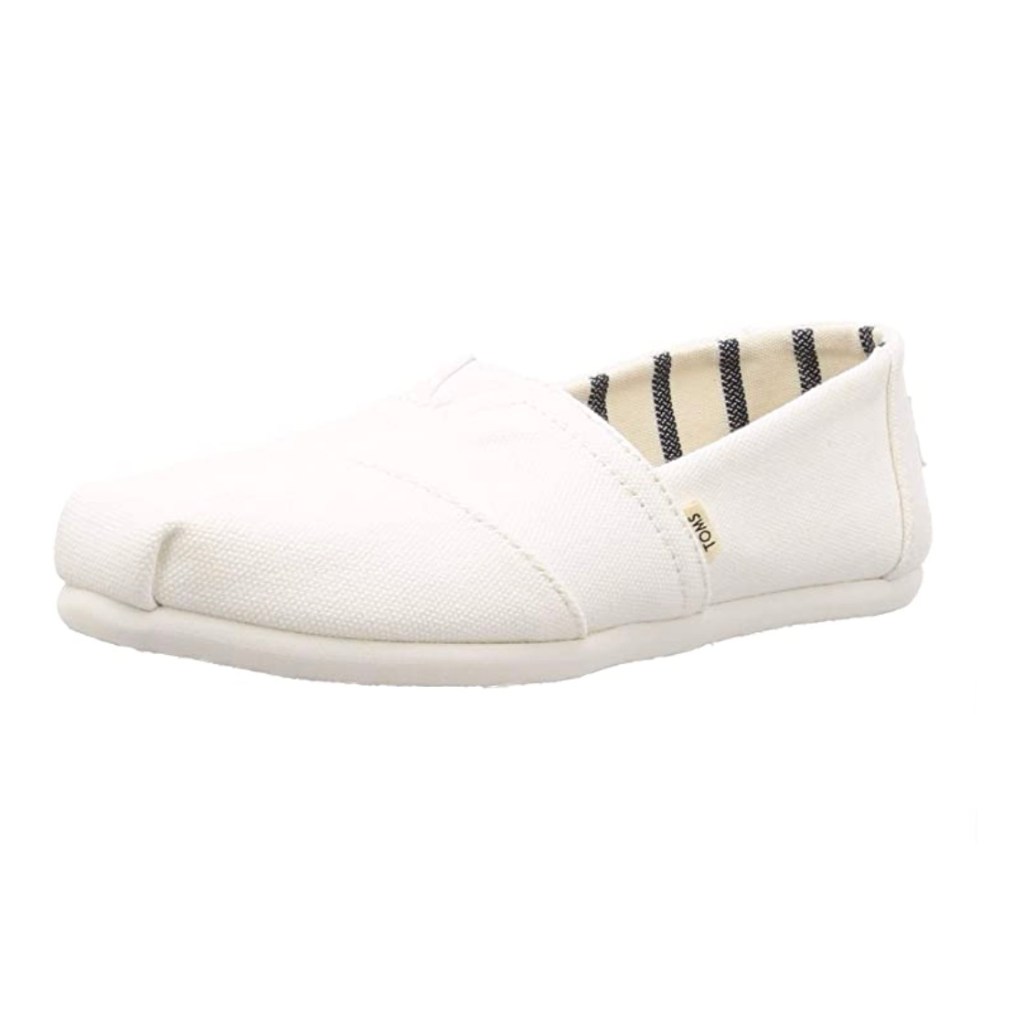 Dress up as the Squid Game guards with a red hooded tracksuit that comes with either a white circle, square or triangle emblem on the chest. Don’t forget to hide behind a black fencing mask with your corresponding shape logo, too. 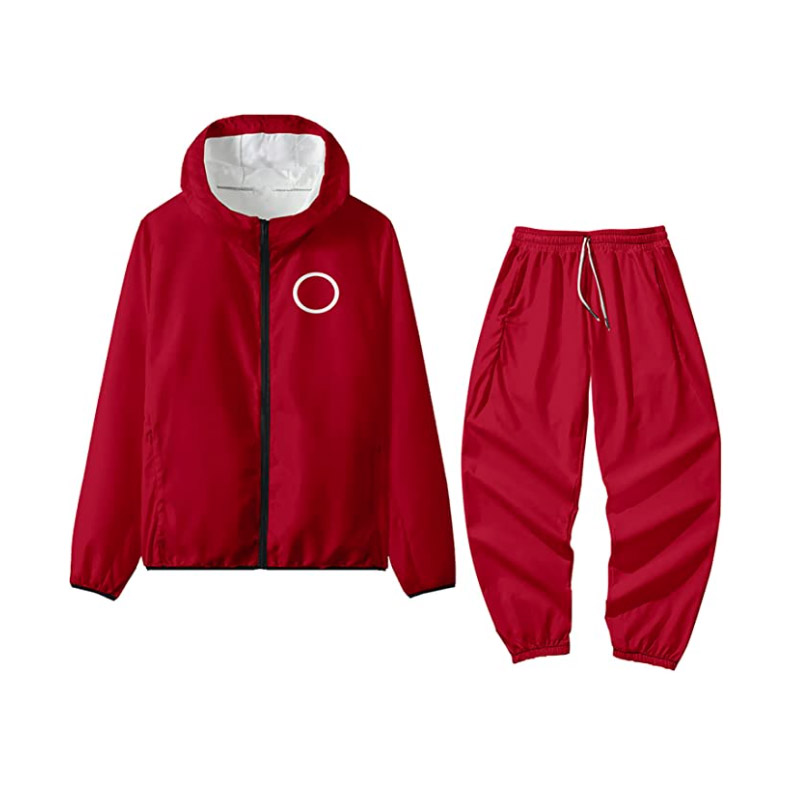 The red guards disguise their faces with a black fencing mask with a white square, circle or triangle that symbolizes their status. This replica is made of “durable resin-based material,” per the manufacturer, Cotby. 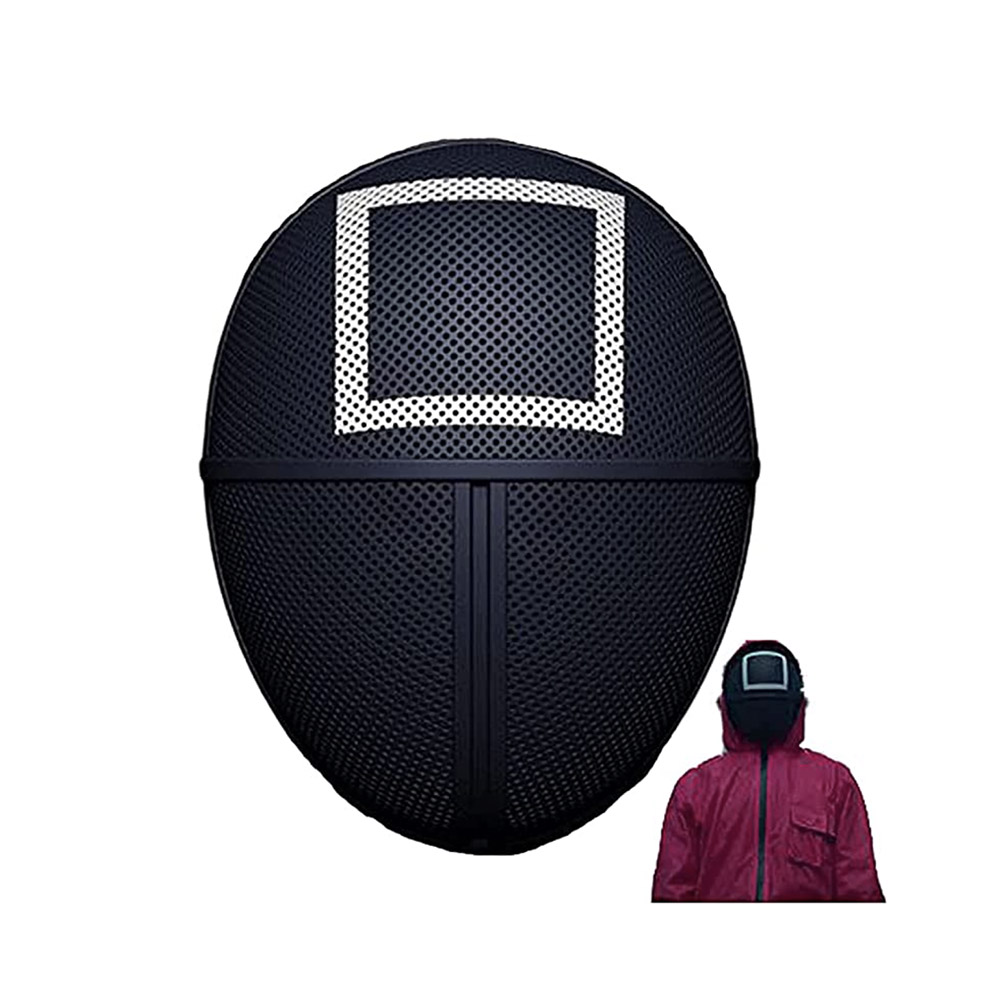 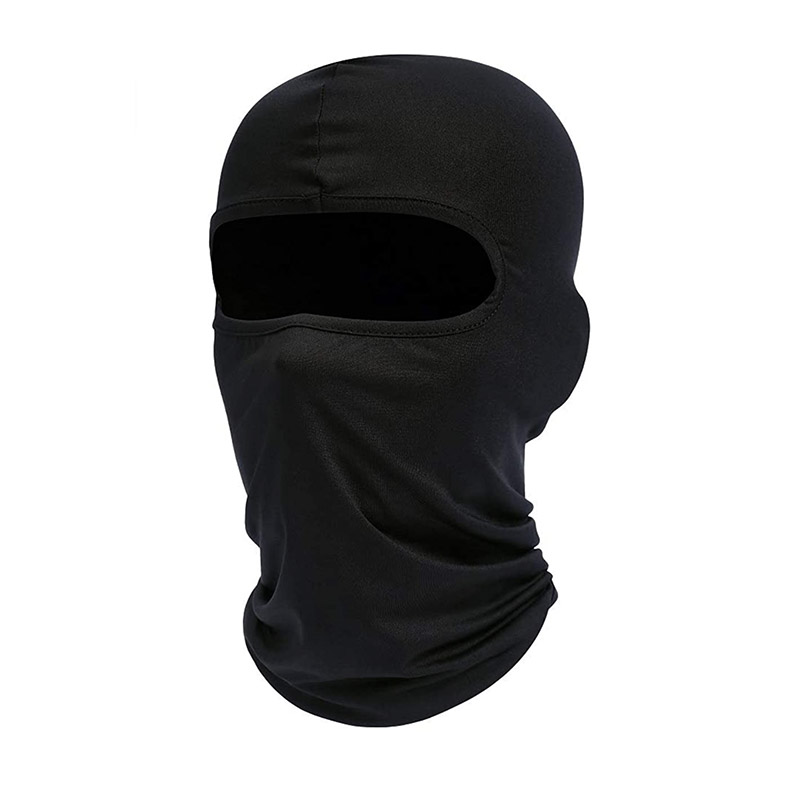 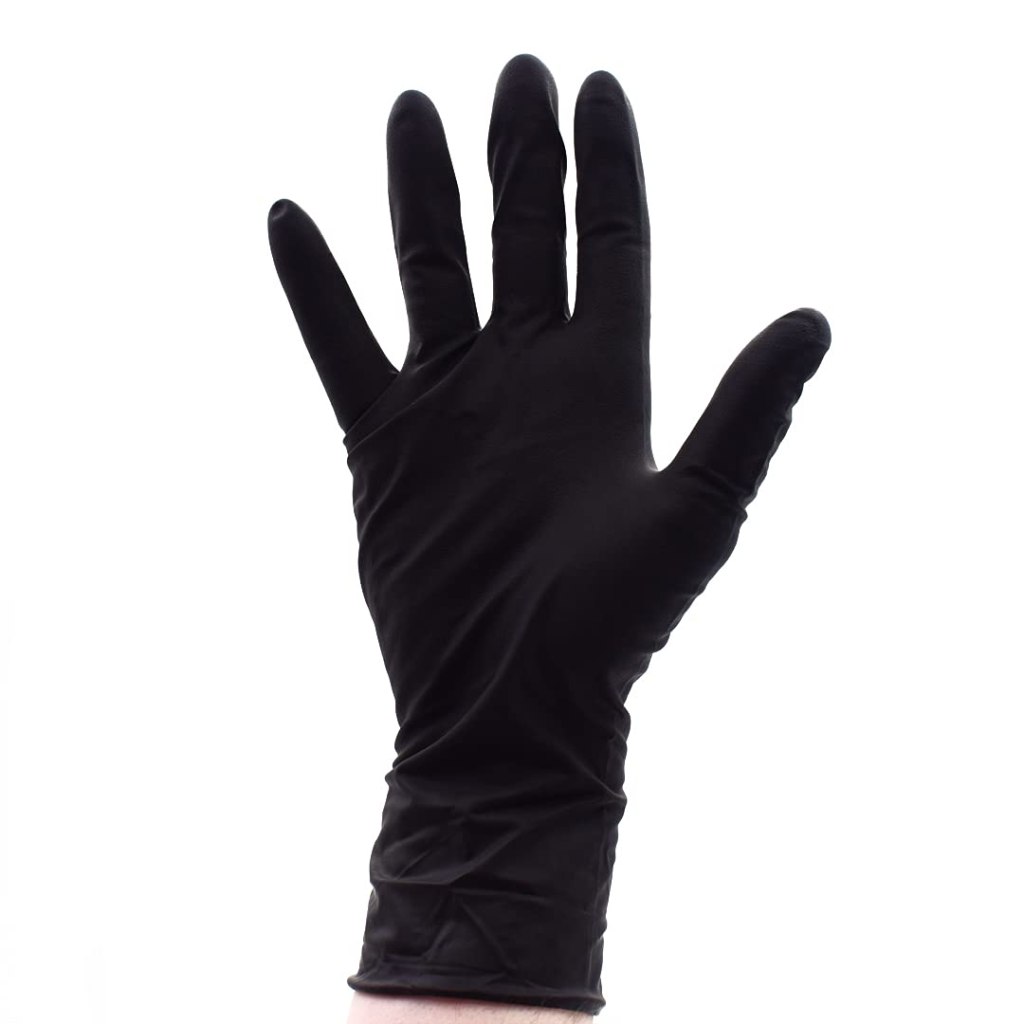 Another Squid Game red guard Halloween costume idea is this head-to-toe set that includes a red jumpsuit, black mask and belt or harness accessory, depending on which style you choose. 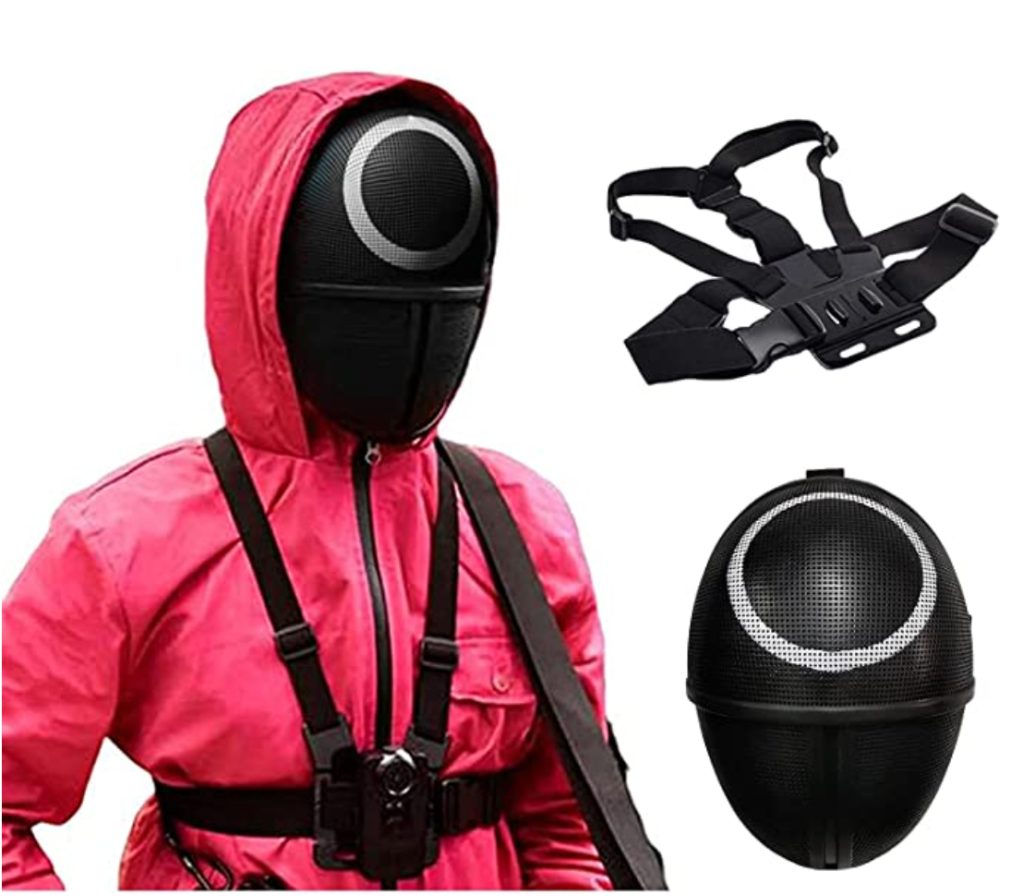 DIYers can put together their own Squid Game costume with this red hooded jumpsuit that comes in unisex sizes.

The Front Man wears a similar angular face mask, and all you need to complete the look is a long hooded coat and black leather gloves. 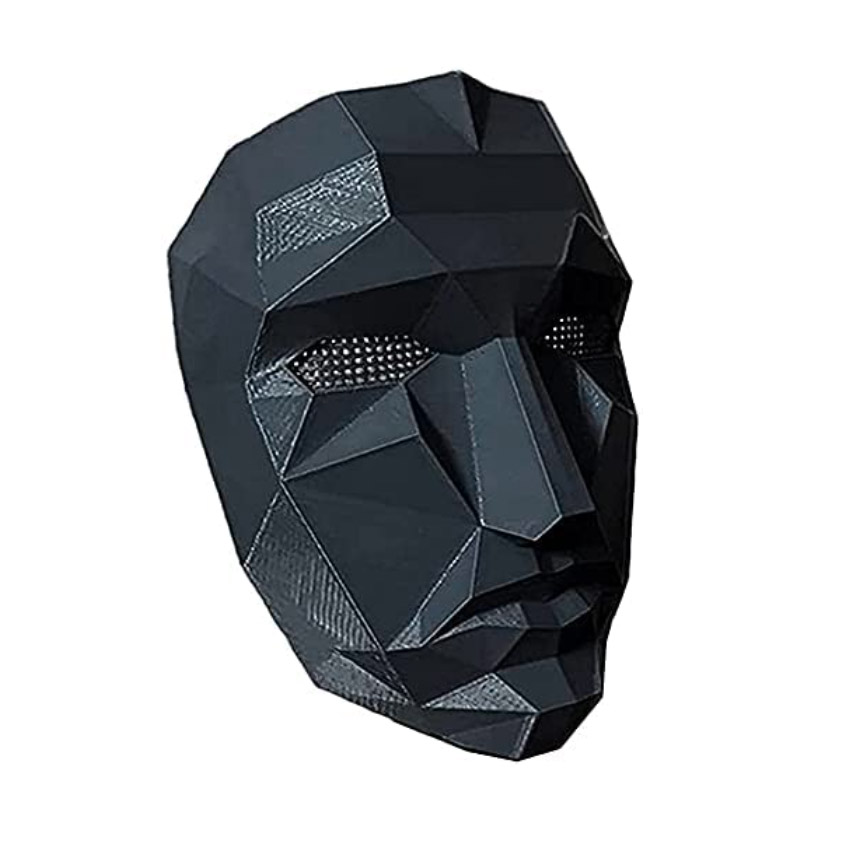 Etsy designer RobertJamesRoger89 created this 3D-printed mask, which can be sanded and repainted if you’re a DIY type. 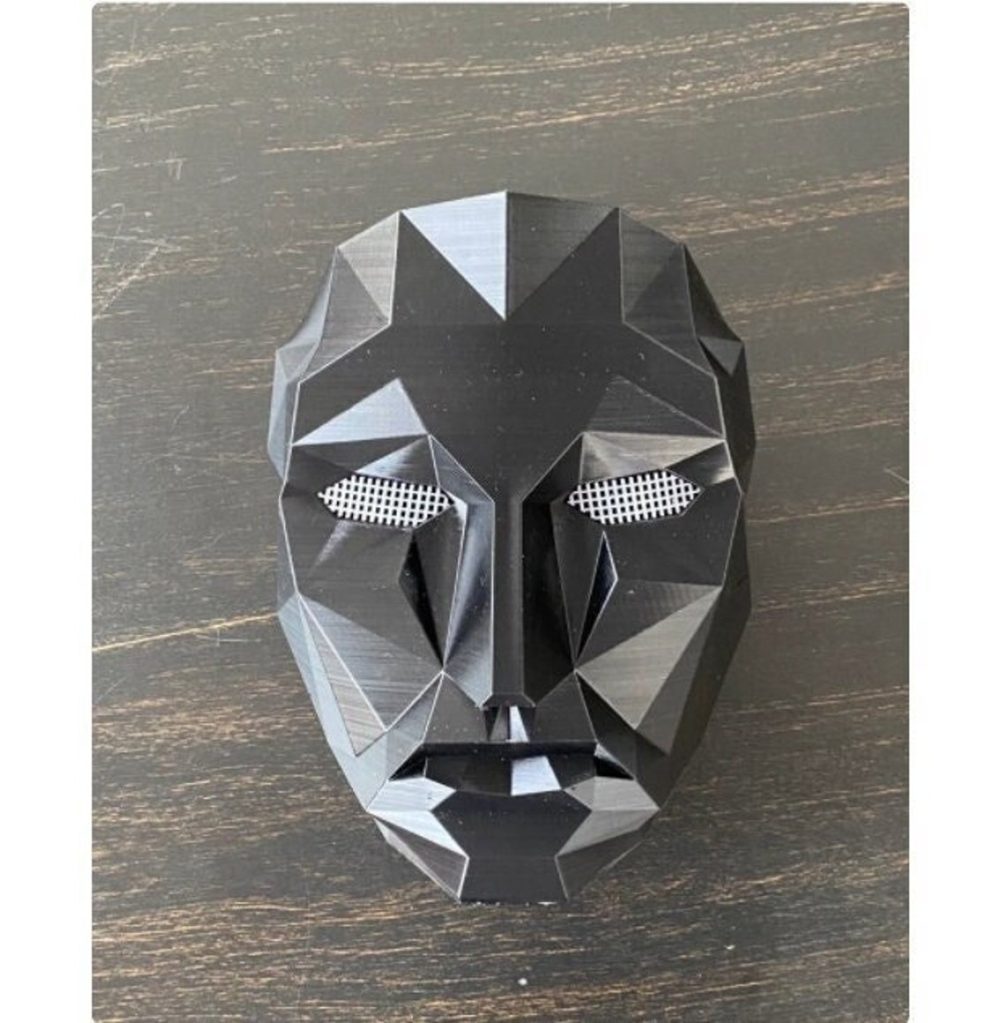 Complete your Front Man Halloween costume (while updating your winter outerwear) with this black wool coat that looks similar to the Squid Game character’s ensemble. 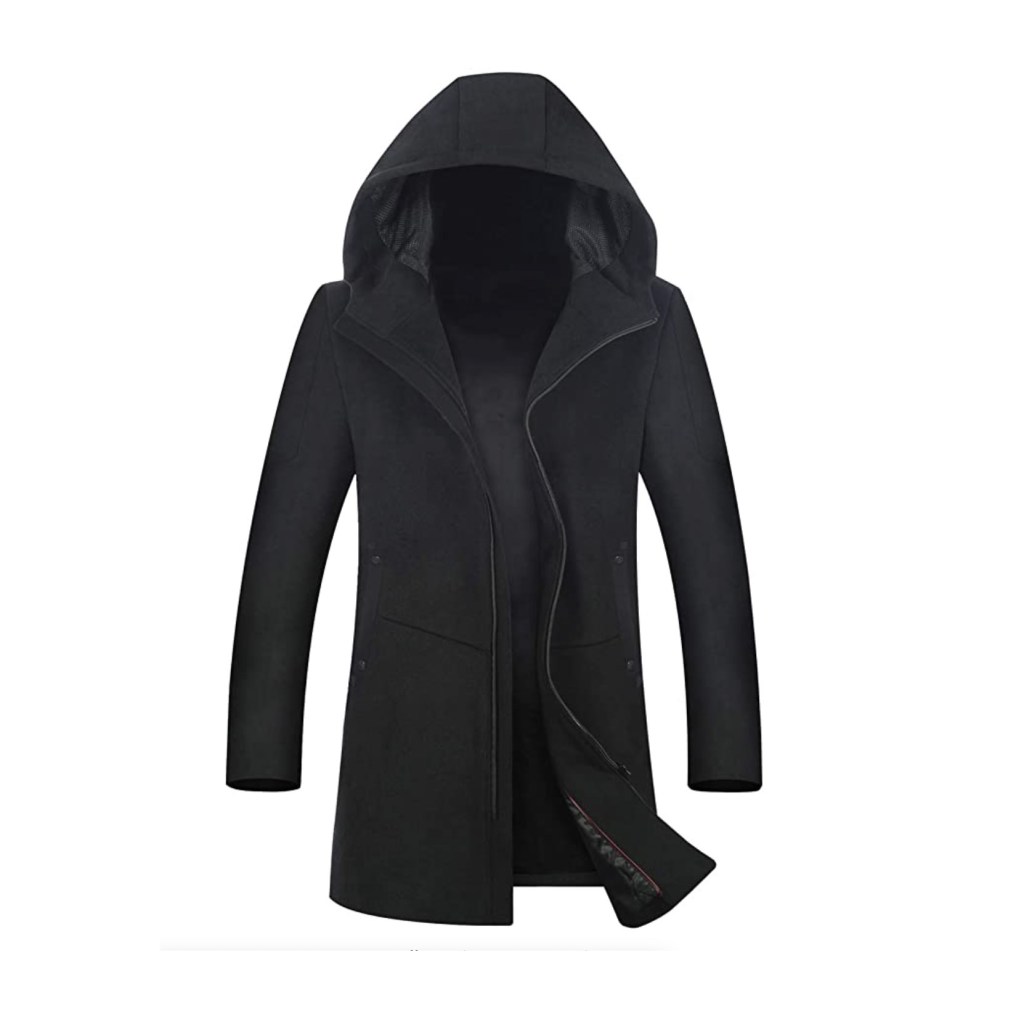 This orange workout dress by Baleaf is similar to the babydoll dress that the “Red Light, Green Light” robot schoolgirl wears in episode one. Just add a yellow blouse underneath (preferably one with a peter pan collar), knee-high socks and black shoes. 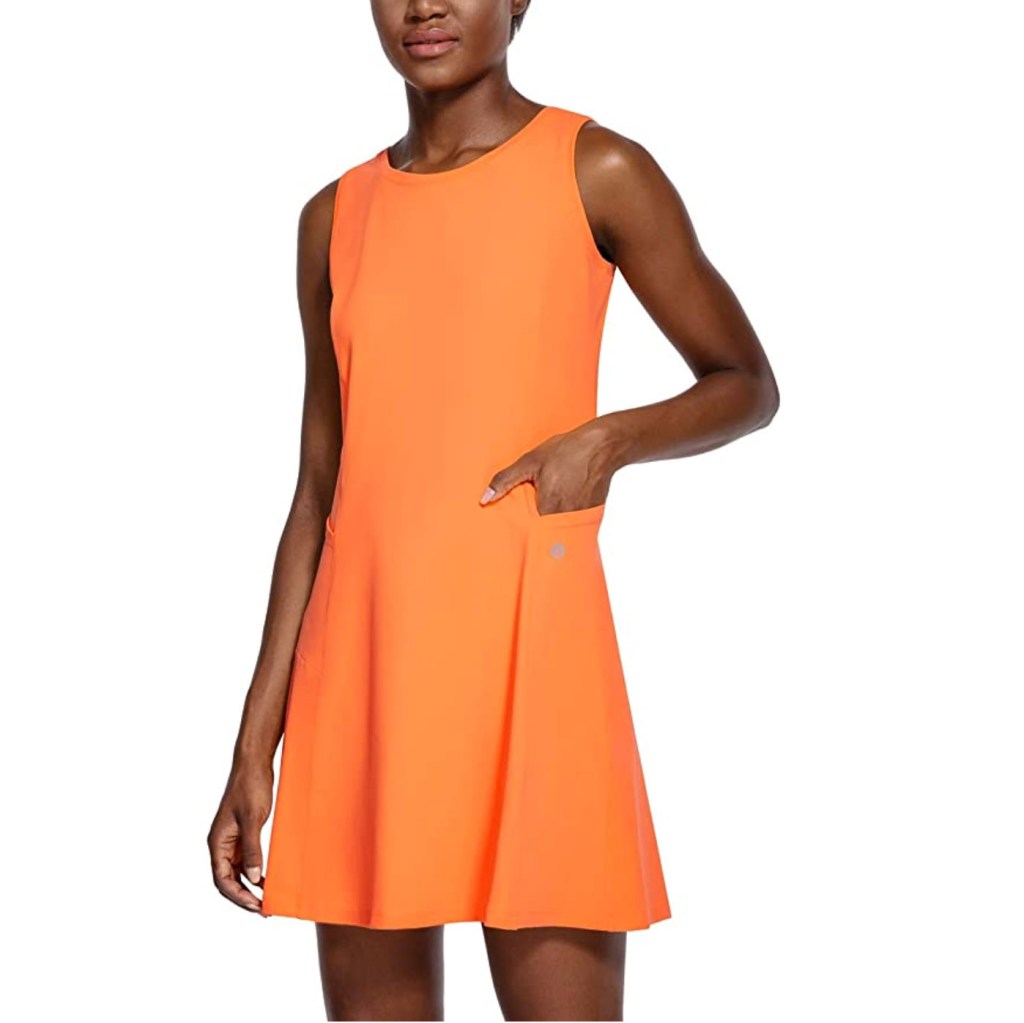 Why not keep comfy while you’re walking around as the “Red Light, Green Light” robot? These white knee-high socks by Dr. Scholl’s give you the same schoolgirl look while reducing irritation moisture absorption (so they’re great for wearing while traveling). 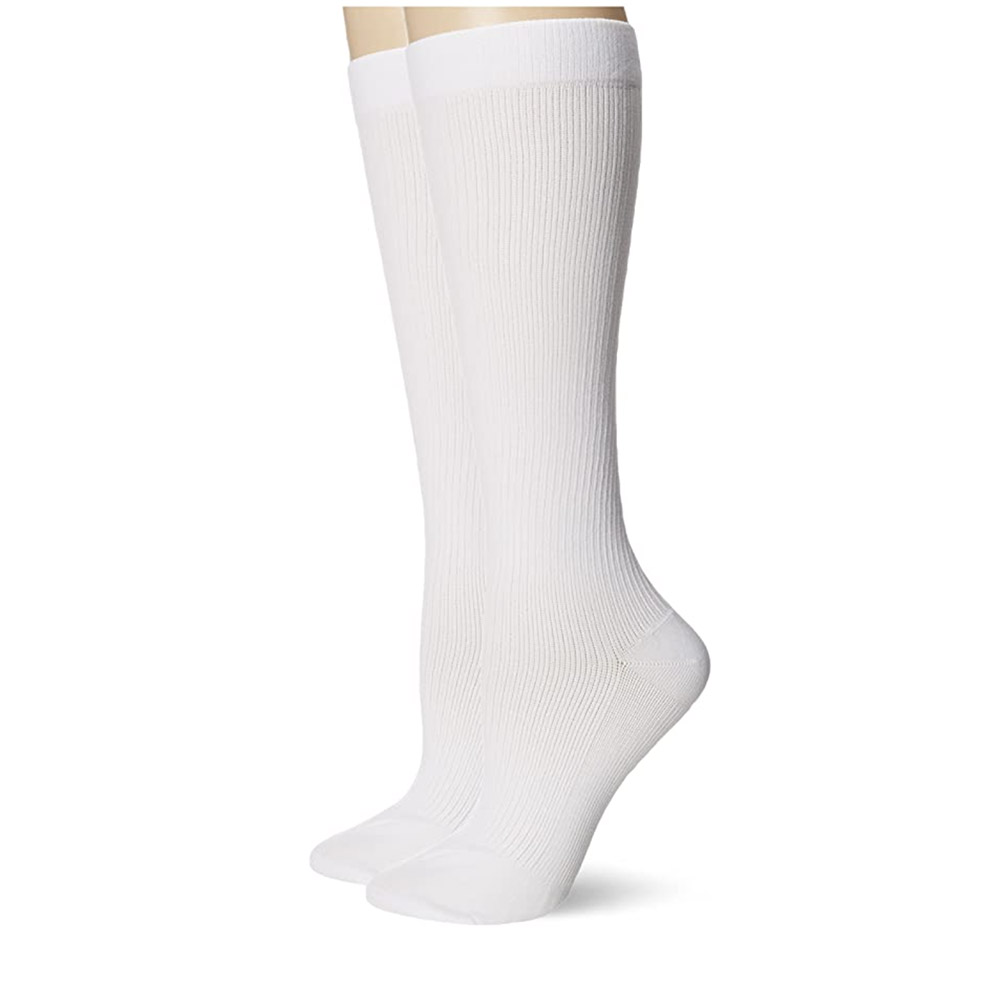 Finish your Squid Game robot girl costume with a pair of black flats, like these chic flats by Amazon Essentials. 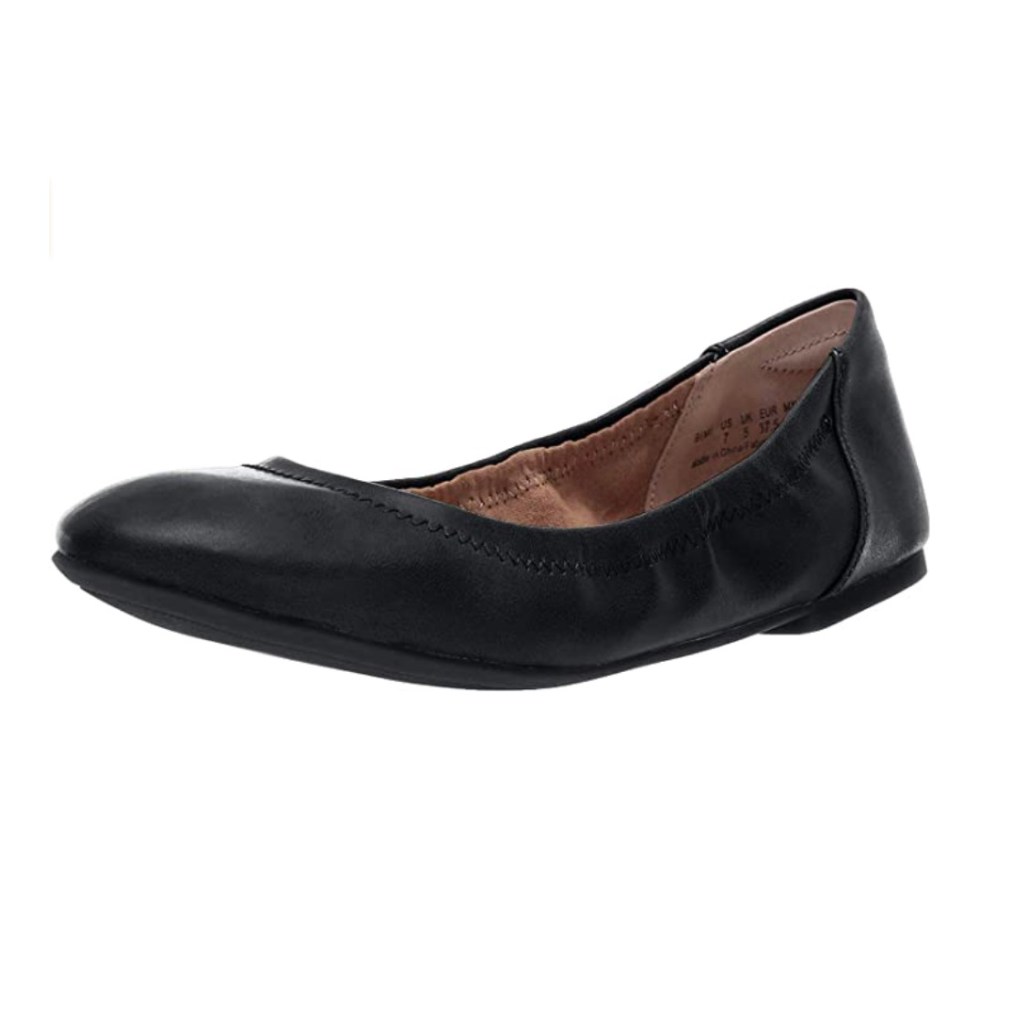