When you’re stumped on finding the perfect look for Halloween, a superhero costume almost always saves the day. While there’s always the reliable last-minute Clark Kent get-up (think a basic Superman tee beneath a half-opened white button-down) — there’s also no shortage of inspiration from the recent lineup of releases from Marvel and DC Comics.

For starters, there’s Black Widow, Shang-Chi and the Legend of the Ten Rings, Spider-Man: No Way Home and Wonder Woman 84 (to name just a few action-packed movies), and shows such as Falcon and the Winter Soldier, Loki, WandaVision and more, among the latest fantastical franchises that translate well into ensembles for trick-or-treating season.

Since not everyone is up to crafting their own epic cosplay ensemble worthy of Comic-Con, we’ve rounded up some of the best superhero Halloween costumes (including your favorite antiheroes) from across the cinematic universes. So whether you’re Star Wars superfan, a DC devotee or a Marvel maniac, check out our top picks for channeling your favorite heroines and heroes.

Black Widow has raked in over $367 million worldwide in theaters and more than $125 million in streaming receipts, so it’s no surprise that Natasha Romanoff will be one of the most popular women’s superhero costumes for Halloween this year. This white jumpsuit features printed graphics inspired by the Russian agent’s butt-kicking uniform, and it comes with a utility belt and matching wrist cuffs. 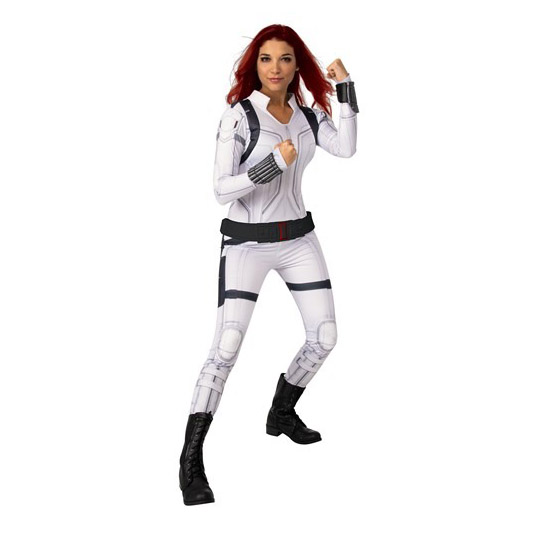 Channel Wanda Maximoff (or a Sokovian fortune teller) in the Halloween episode of WandaVision with this Scarlet Witch costume inspired by the original comics. It comes with the Avenger sorceress’ signature red headpiece, leotard, cape and gloves, and bright pink tights — you can complete the look with your own patent red boots, like this knee-high pair. 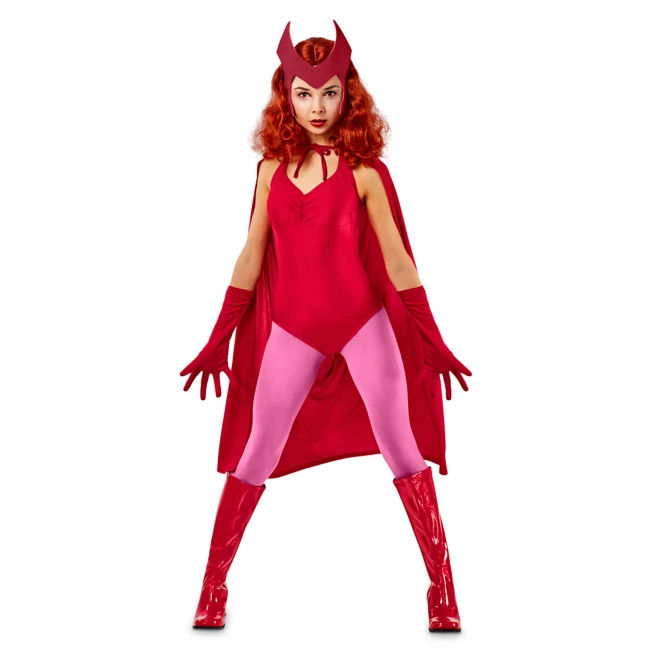 While there’s no official Spectrum costume that we’ve seen (yet!), the next best thing for transforming into Monica Rambeau is this S.W.O.R.D. sweater. If you’re up for a DIY project, look to Marvel’s own archives and cosplayers for inspiration on how to recreate the agent-turned-superhero’s ensemble — we suggest customizing a white bodysuit worn over some sleek black leggings. 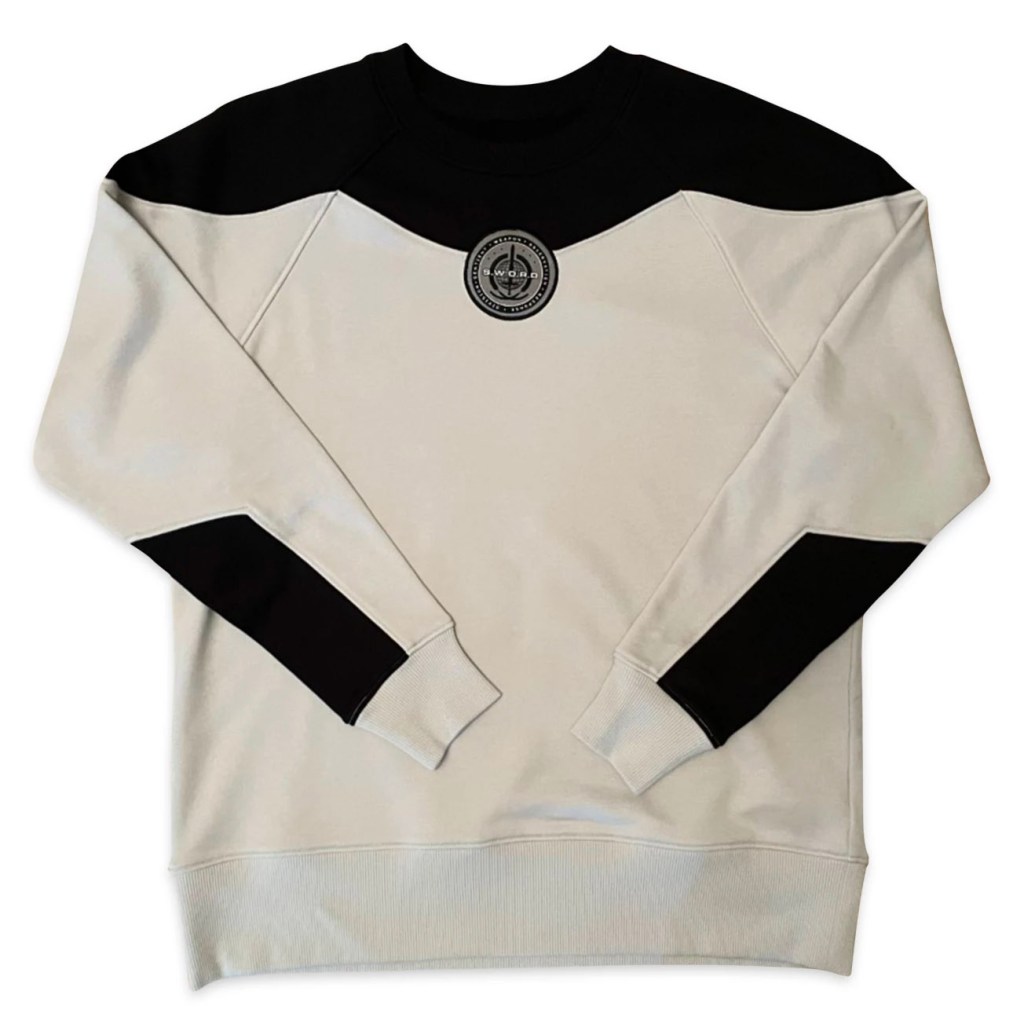 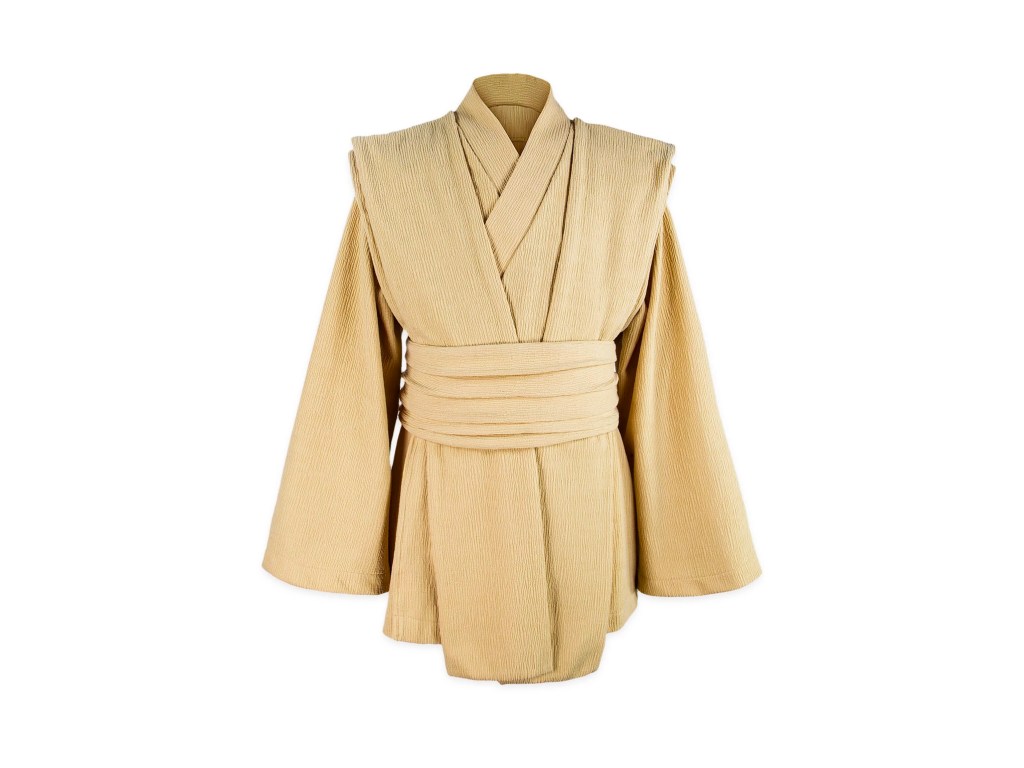 This officially licensed Wonder Woman 84 costume lets you suit up in Diana’s gold armor from the silver screen. This deluxe outfit comes with a gold printed jumpsuit with shoe covers, foam gauntlets and armor, removable wings and a plastic helmet mask. A light-up Lasso of Truth or a Wonder Woman sword offer a shimmering finishing touch to this superhero look. 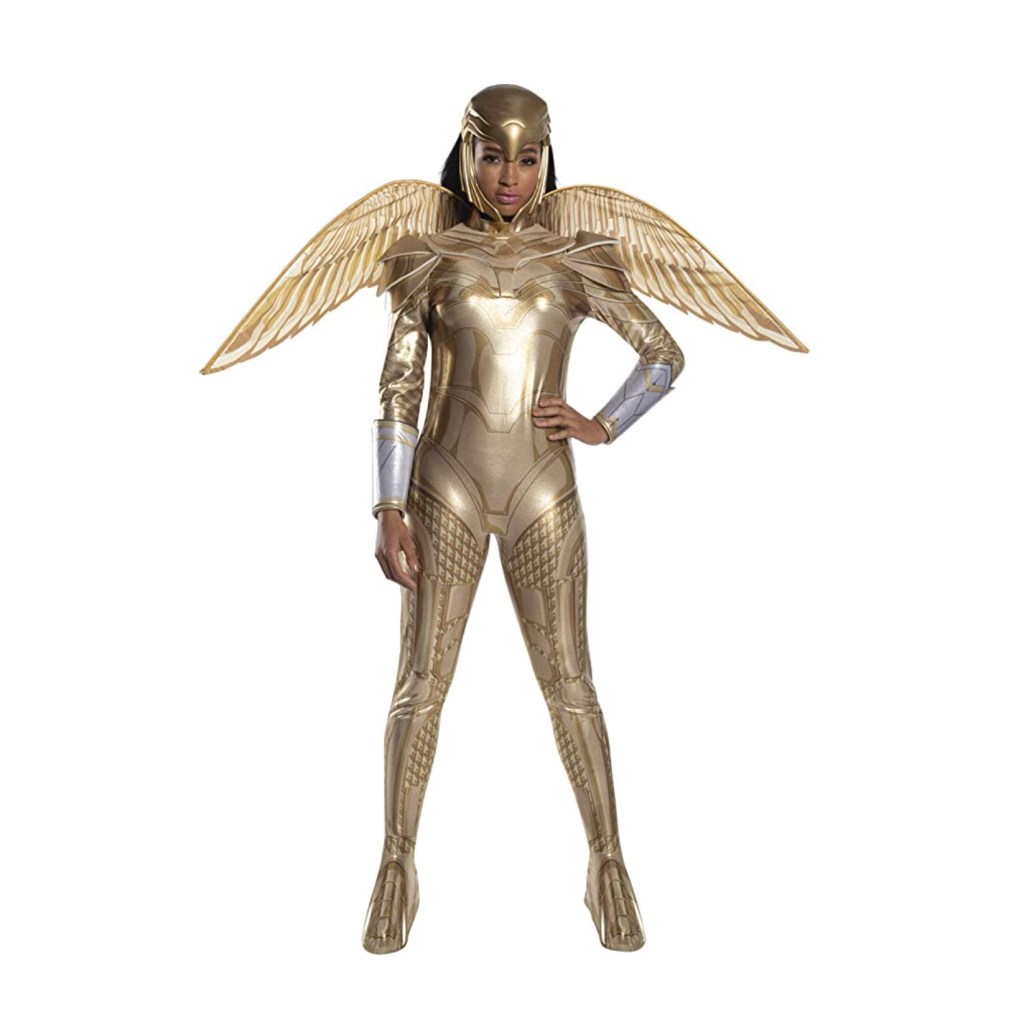 If you truly want to stand out from the sea of super-heroines this Halloween, try this deluxe Captain Marvel costume. Carol Danvers comes to life with this detailed jumpsuit that features her signature appliqued star emblem and gold and metallic red trim, and the suit comes with a removable belt and fingerless gloves. 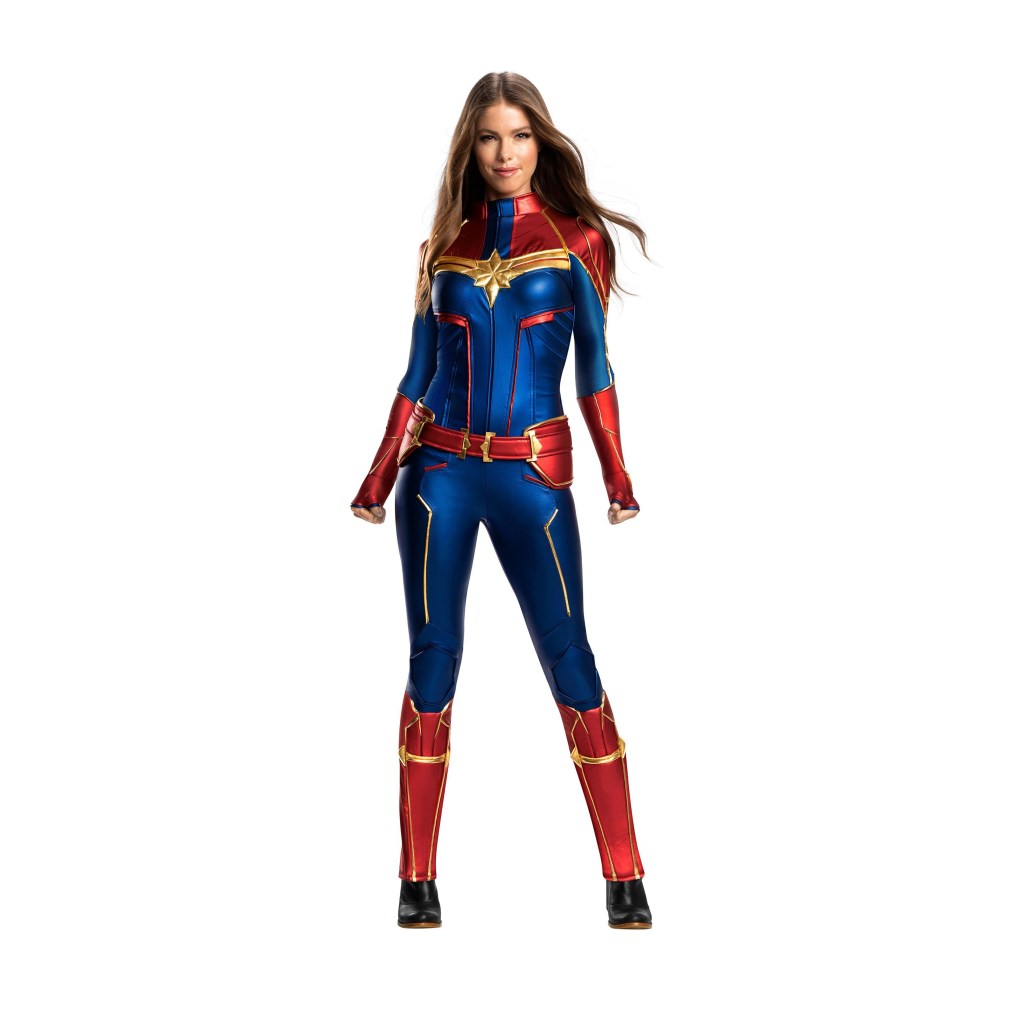 Take a cue from Ryan Wilder this Halloween costume inspired the suit worn by the character in the second season of the CW’s Batwoman. The sleek black jumpsuit comes with a molded mask, cape and belt, and features modern heroine’s signature magenta emblem. 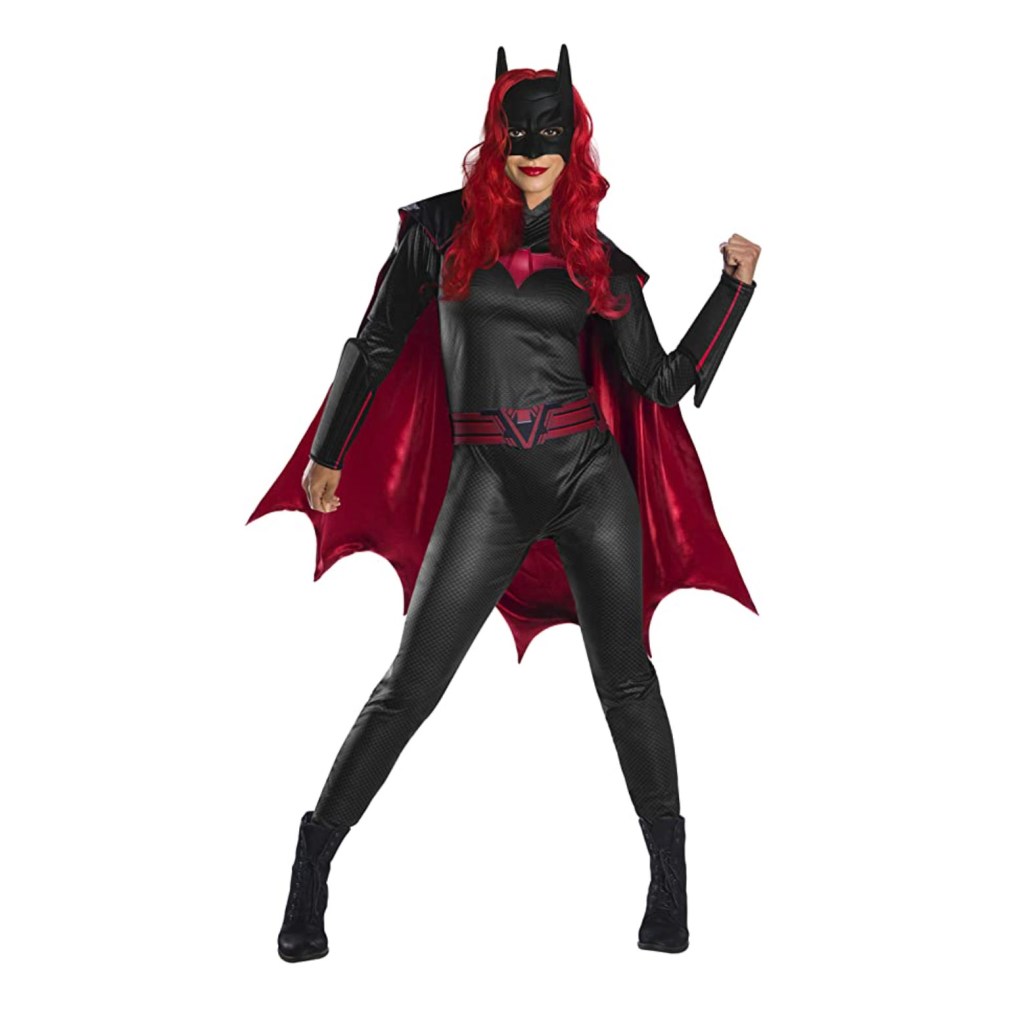 The new The Suicide Squad is chock-full of Halloween-ready Harley Quinn looks, including the stylish jester’s roughed-up rouge tulle dress. It’s available for pre-order, which gives you plenty of time to dust off your old stomping boots.

If you’re looking for Halloween costumes for your superhero-loving household, the Incredibles 2 fam is a no-brainer. This costume of supermom Helen Parr comes with a rubberized top, pants, skirt, belt, mask and gloves — and no bendy skills required. 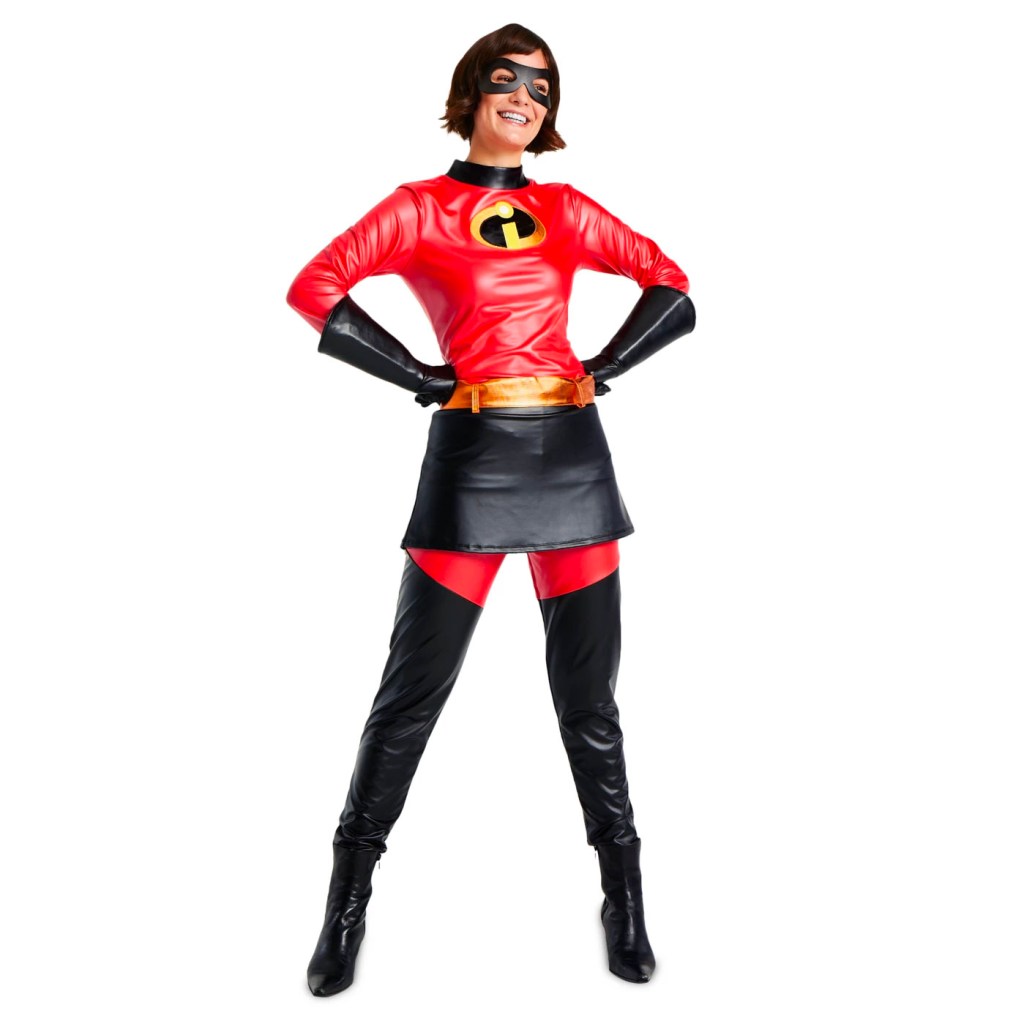 This impressive Mandalorian costume thankfully won’t cost you an arm and a bar of beskar, and the officially licensed design means you’re getting an authentic look. Don’t forget to bring along Grogu — or better yet, dress up your tot or pup as an adorable baby Yoda. 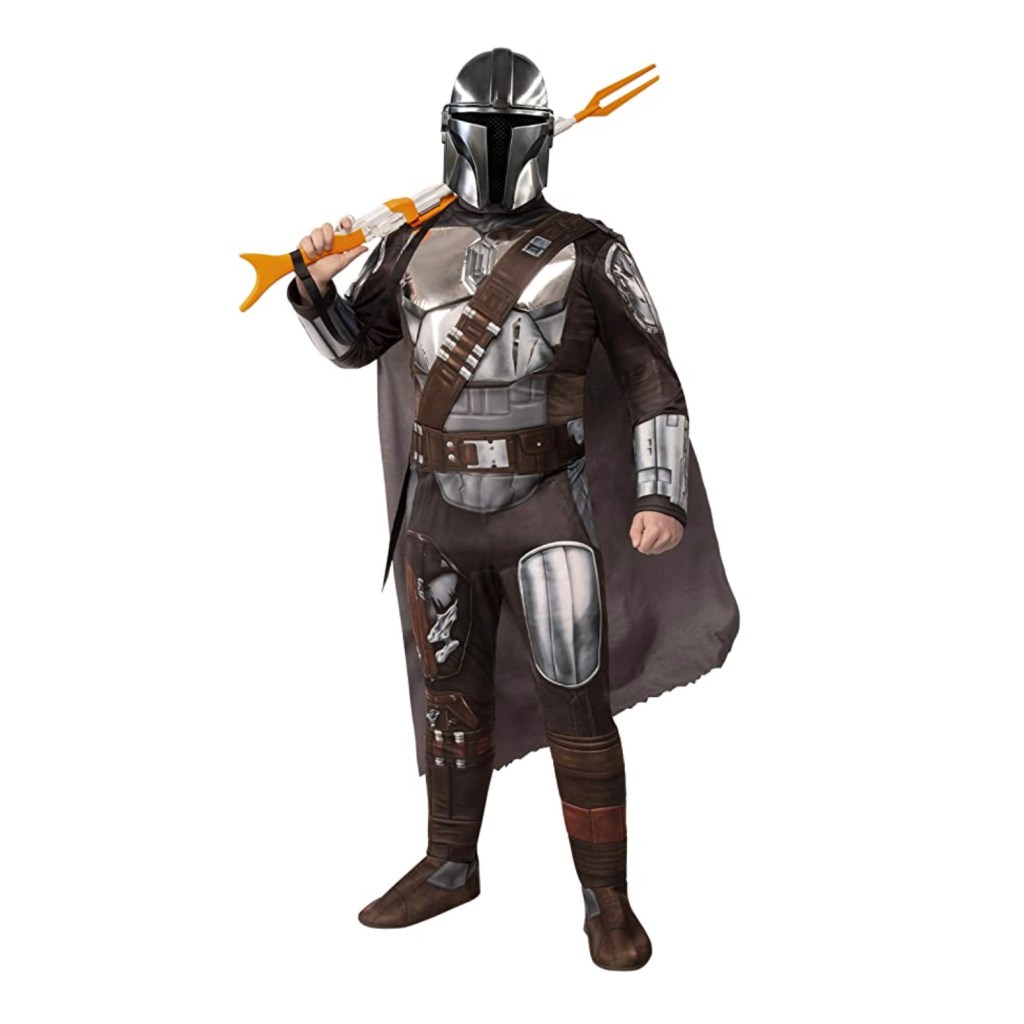 Marvel’s Shang-Chi and the Legend of the Ten Rings won’t debut until Sept. 3, which gives you plenty of time to assemble your Halloween costume plan of attack. Though not an official Shang-Chi Halloween costume, this red and black jacket is an official piece of movie merchandise and features embossed patterns and accents inspired by the Asian superhero’s armor. Complete your look by pairing the jacket with black jeans (preferably made with stretch denim for those high kicks). 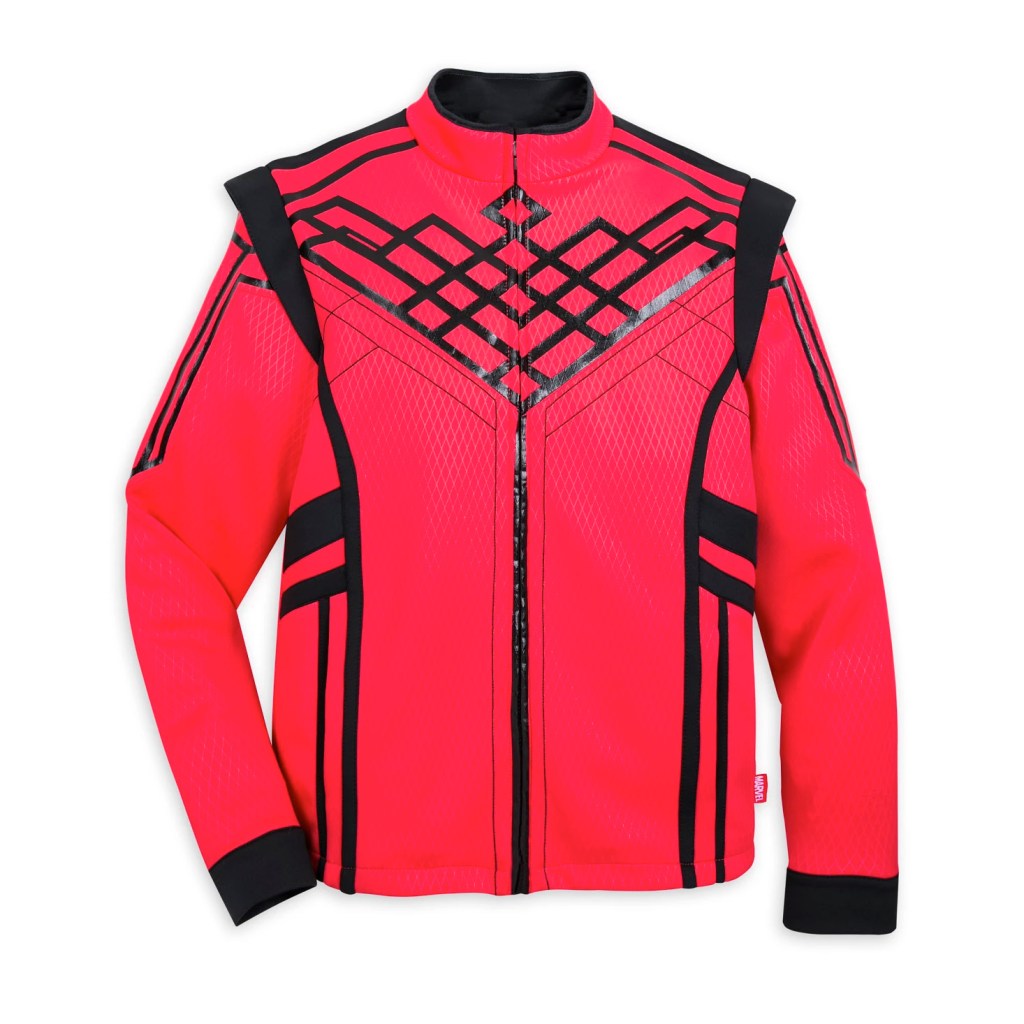 The official Robert Pattinson-era Batman 2022 costumes have yet to land on shelves (though there are some dupes already on cosplay websites), so why not throw it back to Dark Knights of the past? You’ve got a few options if you’re looking for the best Batman costume, from renting this luxe look from the Christopher Nolan-directed series to the equally cool Grand Heritage version below that won’t require a Bruce Wayne budget. 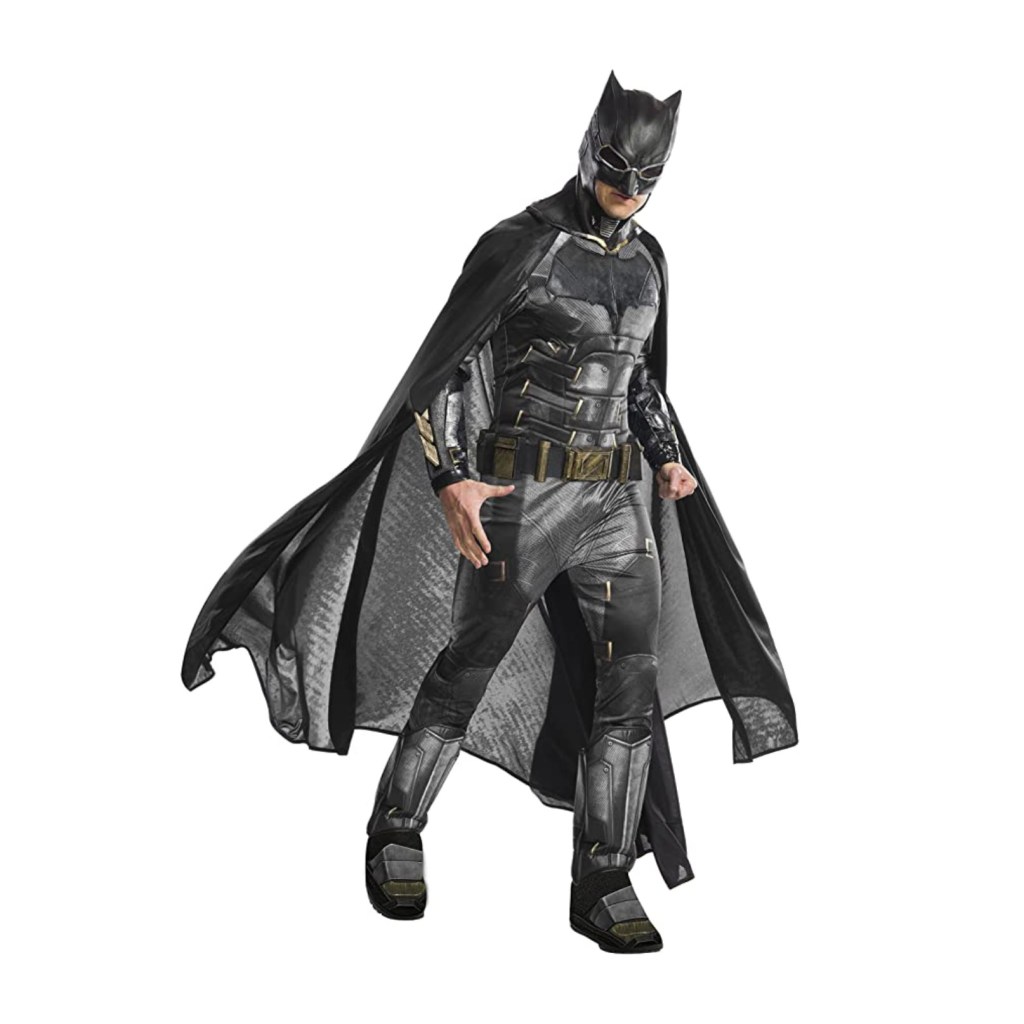 While we wait for the next Superman as envisioned by Ta-Nehisi Coates, DC Comics fans will have to pull from the past. Even if you’re not the biggest fan of Zack Snyder’s Batman vs. Superman: Dawn of Justice, this look from the 2016 film is still one of the best Superman Halloween costumes for anyone looking to rep the Man of Steel. 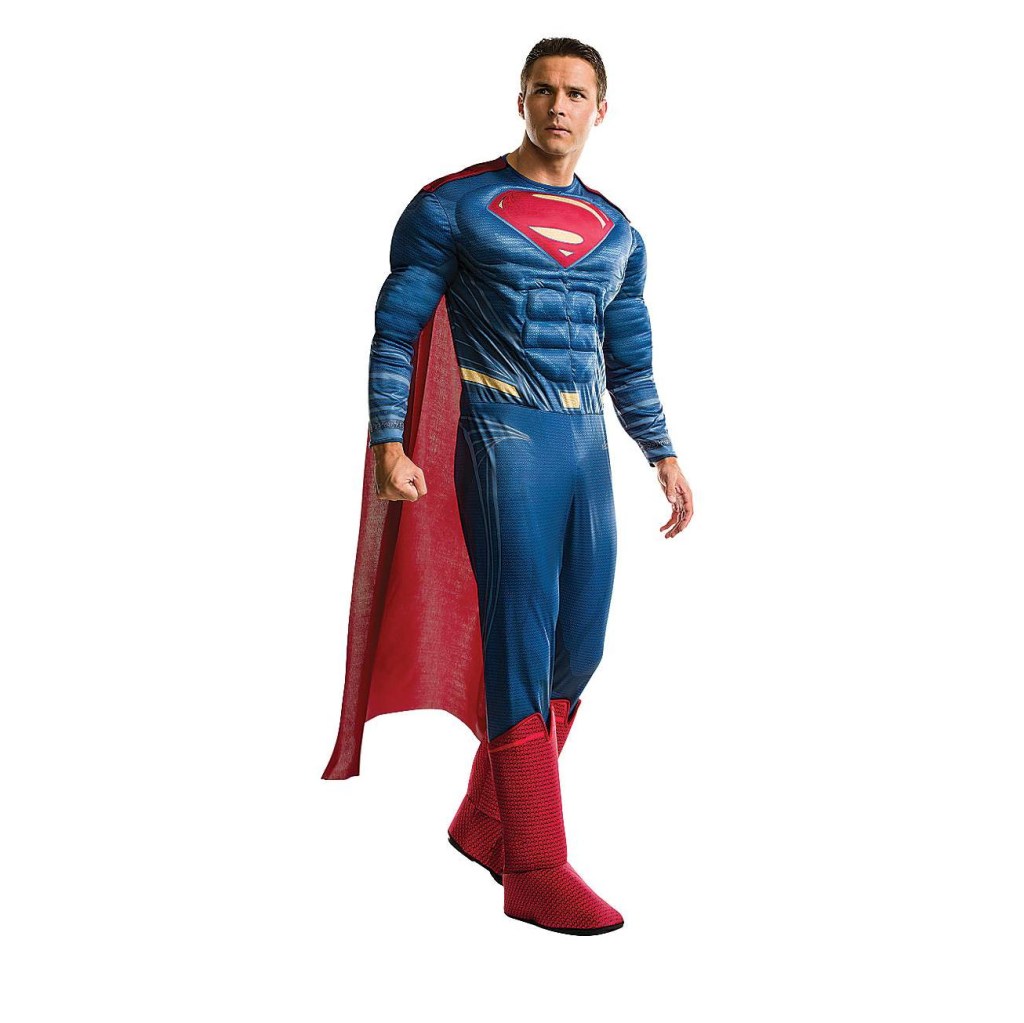 Wakanda forever! Hands-down one of the best superhero Halloween costumes is Marvel’s Black Panther — and this detailed ensemble is one way to pay homage to the fictional African king and the late and great Chadwick Boseman. 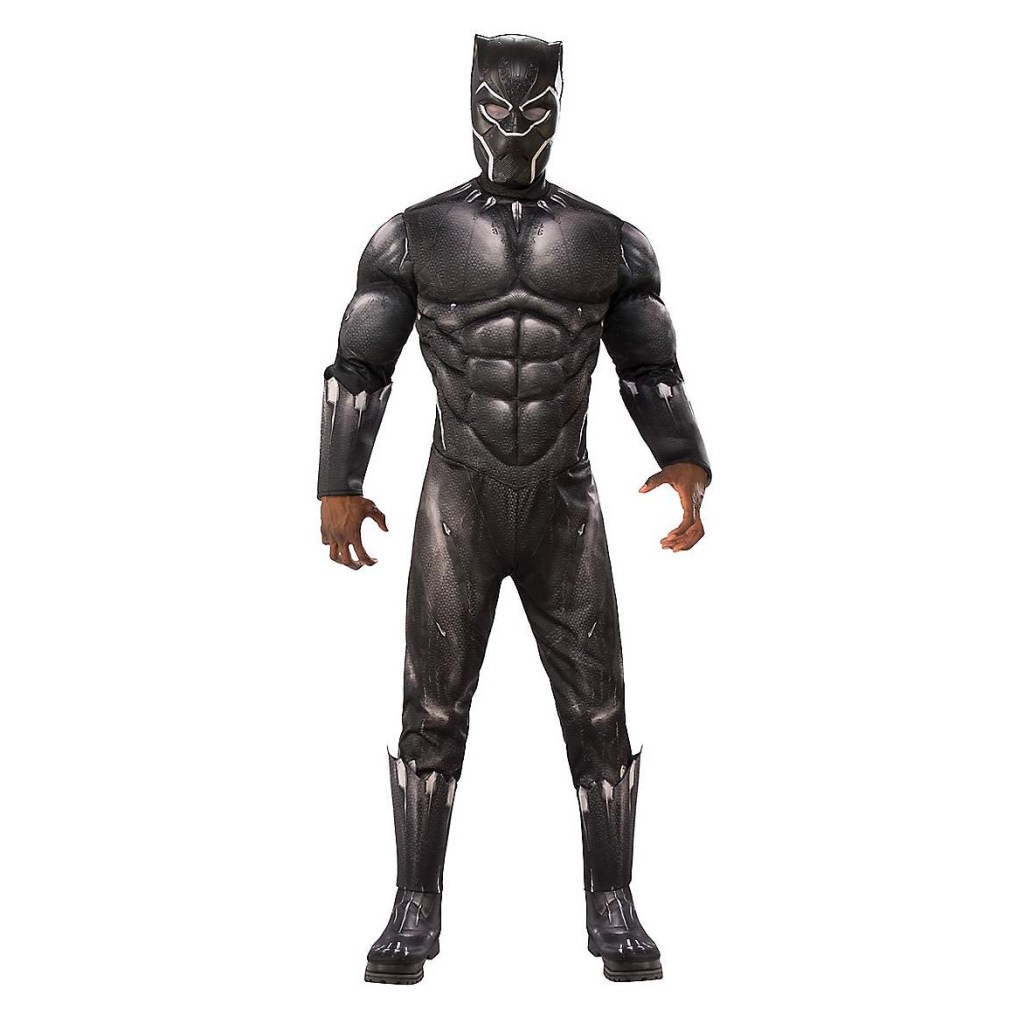 The spooky season is Marvel superfans’ chance to test their comedic chops, and this deluxe Deadpool costume will help ’em all look the part of the Merc with a Mouth. And look at the bright side: If your gags fall flat, at least you’ll be anonymously masked up. 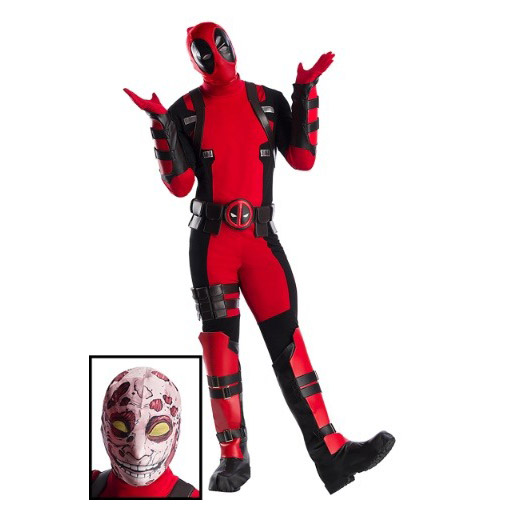 While we await more details of Captain America 4, you can pay homage to current shield wielder Sam Wilson in this costume from The Falcon and the Winter Soldier. This official ensemble includes a muscled jumpsuit with gauntlets and boot shoe covers and a headpiece; round it out with the hero’s iconic disc (or go all out with this 75th anniversary metal shield). 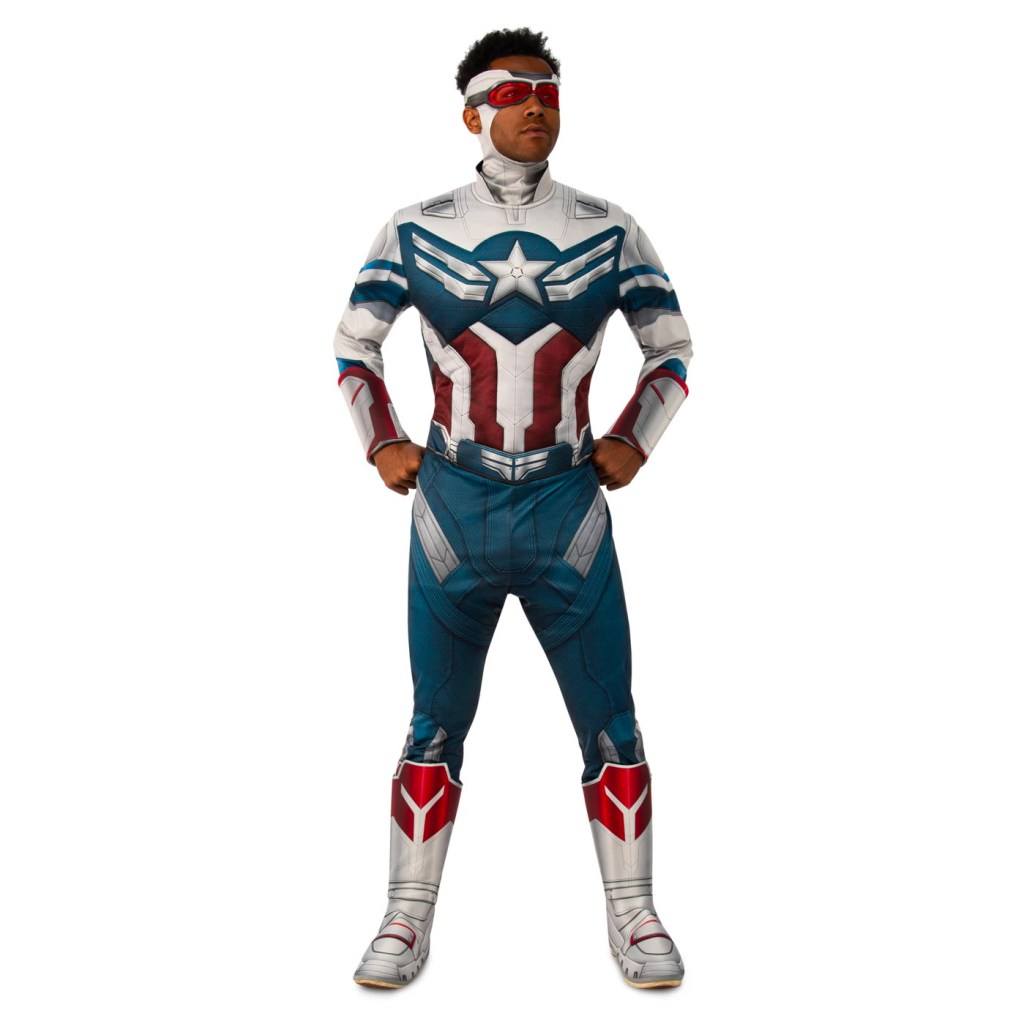 Whether you’re going solo or coupling up, get meta this Halloween with this vintage Vision comic book costume as seen on the synthezoid in Wandavision‘s All Hallows’ Eve episode. Paint your visage purple and sport this classic gold and green bodysuit, which comes with a cape, shorts, gloves and a diamond applique. 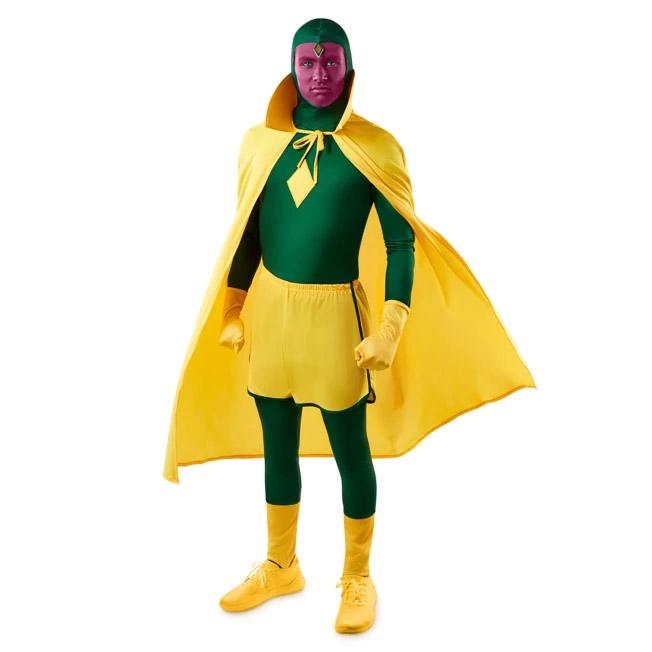 Now that Spider-Man: No Way Home trailer is officially hyping up Marvel megafans ahead of its Dec. 17 release, expect some of the best superhero Halloween costumes this year to involve Peter Parker. This Spider-Man costume (available in adults and kids sizes) from 2019’s Far From Home will give trick-or-treaters a fix of their favorite radioactive arachnid-infected teen from Queens. 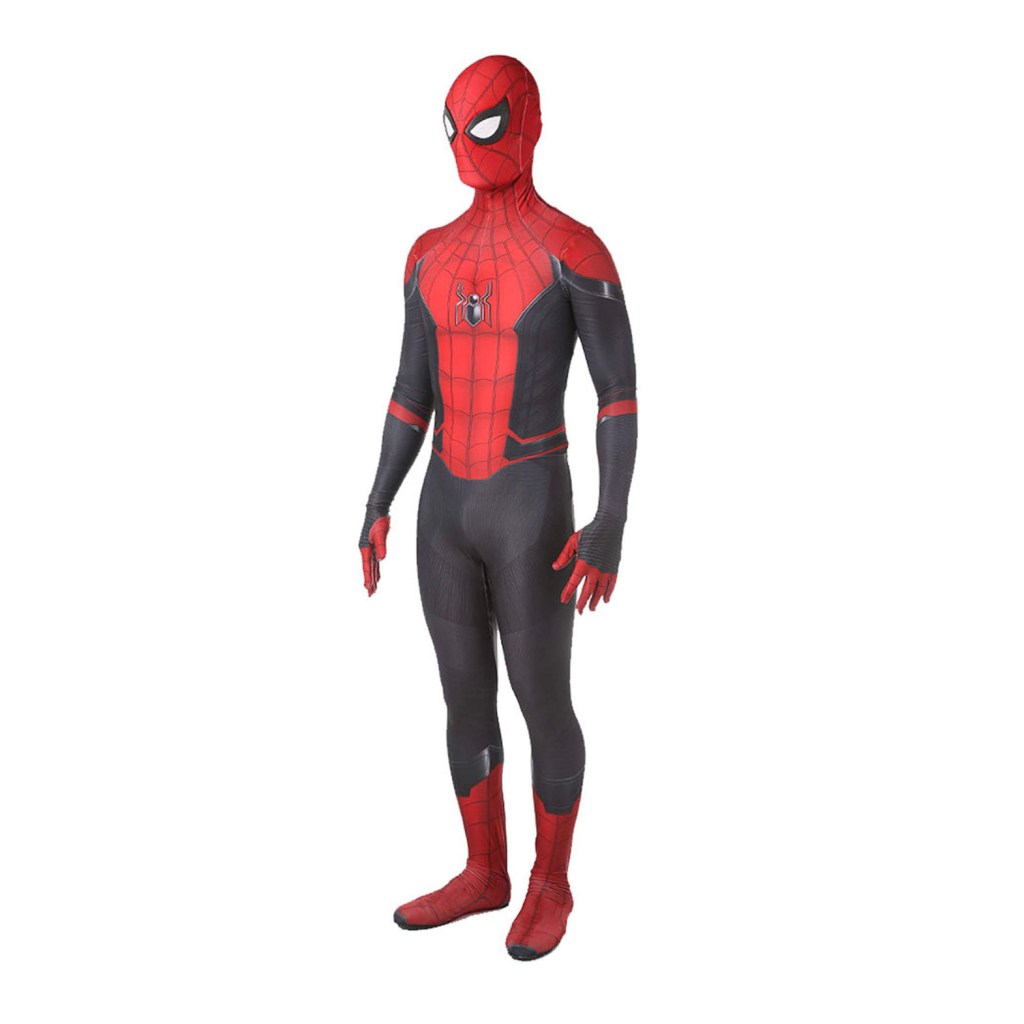 This Variant windbreaker isn’t official Marvel merchandise, but it’s an effortless way to get Loki’s look (dramatic hair flip encouraged but not required). Do like the supervillain-turned-antihero and sport it with brown trousers, a white button-down shirt and a gold TVA belt buckle. 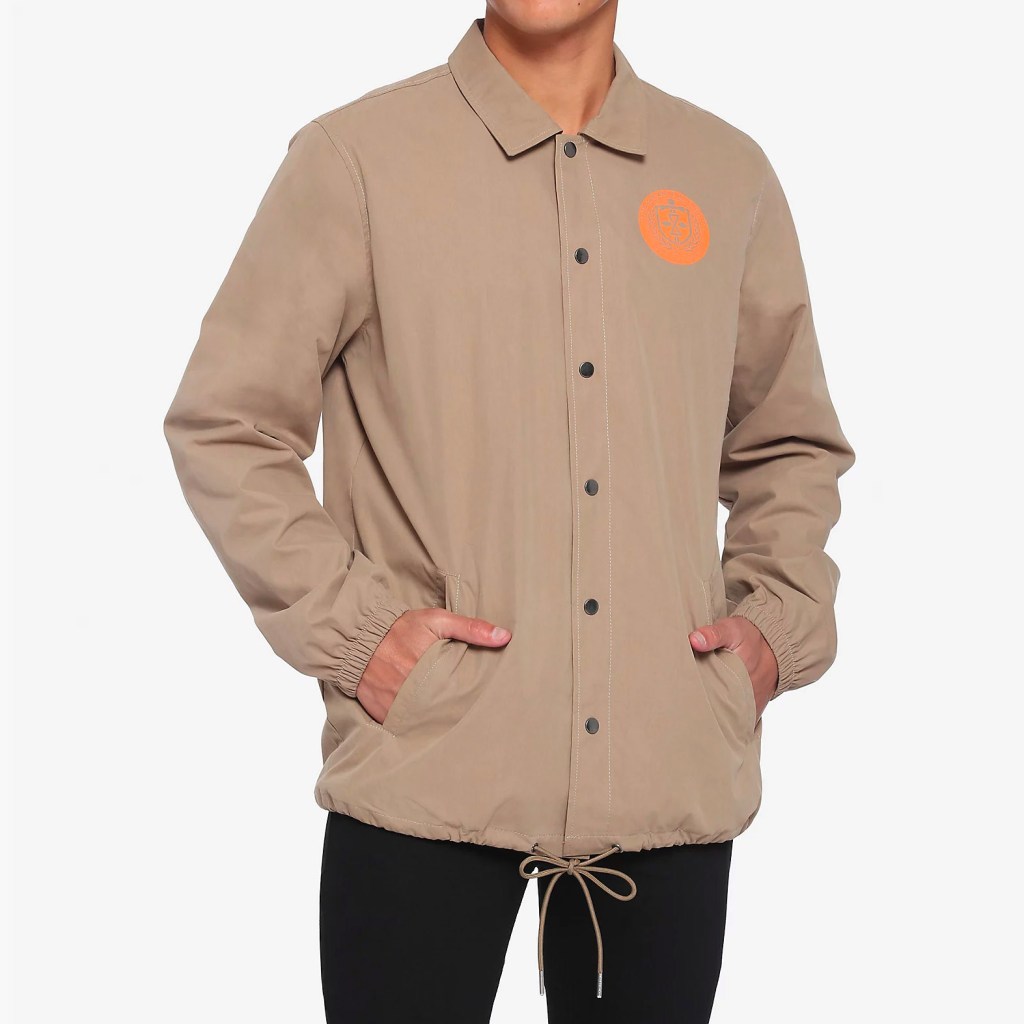