Calling all nostalgic toy collectors: Mego is back in action. The beloved toyline has teamed up with Topps to bring back some of the most beloved pop culture names — think Batman and Robin, Wonder Woman, Elvis and more — in the form of 8- and 14-inch articulated action figures.

Dropping weekly every Monday, the first round of collectibles landed Aug. 16 on the sports and entertainment brand’s website, starting with DC Comics antihero Black Adam (whose film will land in theaters in 2022). Following a one-week pre-order period, the pop culture prototypes will go into production and fans can expect the delivery within 90 to 100 days. The only catch? If the minimum production quantity isn’t met, the release may be canceled and fans will receive a refund.

The Topps x Mego figures will also include characters from Star Trek, Planet of the Apes, Nickelodeon’s The Last Airbender, POW! Entertainment, Universal Monsters and other hit franchises and titles as well as legends across Hollywood and sports. Upcoming releases include Farrah Fawcett, Joker, Spock, Aquaman, Muhammad Ali, Chucky, Frankenstein and Willy Wonka, to name a few. 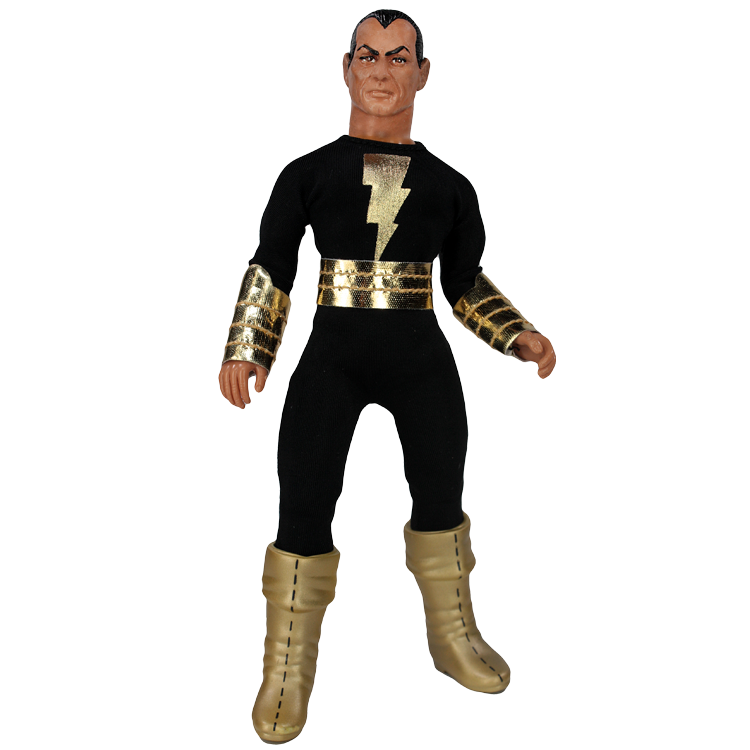 Founded in 1954, Mego Corp. was created by D. David and Madeline Abrams as a line of dime store toys. In 1971, the couple’s then-28-year-old son, Martin “Marty” Abrams, fresh out of business school, began inking licensing deals and propelled the company to success with its line of Micronauts products and more — for a time, anyway. As the story goes, Mego missed out on a chance to partner with Star Wars, which ultimately signed a deal with rival toy maker Kenner. Mego filed for bankruptcy in 1982 and went out of business the following year, prompting superfans to pay top dollar for rare collectibles.

Marty Abrams successfully reclaimed the Mego name in 2009, and in 2018 the reformed company collaborated with Target on an exclusive collection of recreations of its figurines from the 1970s.

The Mego x Topps collectibles are now available at topps.com; below, see a few more products expected to be released in the near future.