Here are some of the celebrities who have come out with branded headphones in recent years: Dr. Dre, Lady Gaga, Ludacris, Quincy Jones, Snooki, Pauly D, Miles Davis...

And here's one company that has eschewed -- and even made fun of -- the celebrity endorsement approach to headphones: Yamaha.

It probably was only a matter of time that one of the trendiest pieces of consumer tech would instigate litigation. If headphones are the new smartphones, perhaps it might be said that Dr. Dre's Beats Electronics is to Apple Computers as Yamaha is to Samsung. Now in a new lawsuit filed in California federal court, Beats says that it has revolutionized the use of headphones as a fashion accessory, and is alleging that Yamaha is trading off the goodwill of its products.

The plaintiff seeks to protect rights on several of its products -- including its Studio, Solo and Wireless Headphones -- and that its proprietary trade dress extends to "the overall appearance of the shape and design of the headphone, including the size, proportion and curvature of the headband, yoke and earcups."

Beats says that Yamaha has "brought to market a new line of headphones that copied the distinctive aspects of the Beats' Headphones that comprise Beats' Trade Dress Rights."

A side-by-side illustration of the similarities is given. 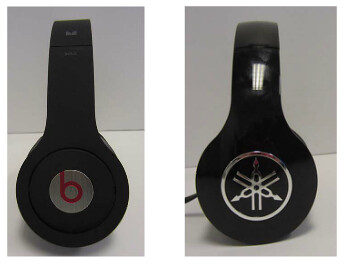 In addition, Beats shows off an advertisement that Yamaha was using to promote its new line. The ad is given as evidence that its rival intended to copy its distinctive design and trade off the goodwill of Beats'. 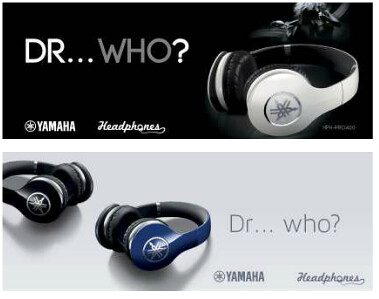