"Rob Dyrdek's Fantasy Factory" is claimed to have featured a design similar to the motorcycle club's skull-and-wings "Death Head" mark.

The Hells Angels Motorcycle Club is suing MTV and producers of the reality show Rob Dyrdek's Fantasy Factory for infringing and diluting their skull-with-wings insignia. The design, known as the "Death Head," has been trademarked by the motorcycle club and been used for more than 50 years. But the group claims the MTV show, which stars skateboarder-actor Rob Dyrdek and his business, has  damaged the design by featuring it on T-shirts that were sold to the public.

Death Head is a collective membership mark often seen on jackets and tattoos worn by Hells Angels associates. The group says it has "acquired very widespread public recognition; consequently they evoke strong and immediate reactions whenever used. The impact of these marks is virtually incomparable, and as a result they have great commercial value."

Here are the trademarked designs: 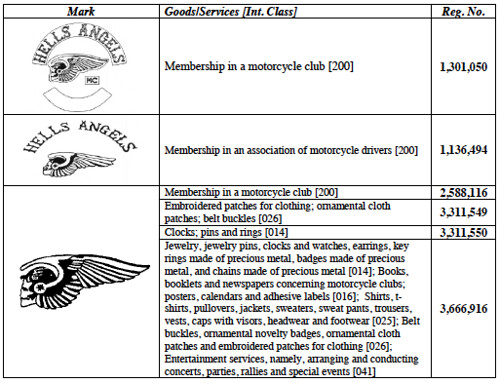 Hells Angels have been quite protective of the marks, previously suing fashion designer Alexander McQueen, Saks Fifth Avenue and online retailer Zappos.com for trademark infringement over a women's handbag with a winged death motif.

The latest lawsuit filed Wednesday in California federal court against Dyrdek's companies over T-shirts (pictured below) is similar, except the Hells Angels dragged a TV network into the case for depicting and displaying the allegedly infringing items.

The plaintiff wants an injunction and further damages. 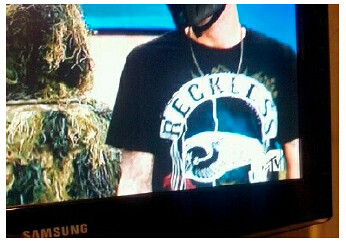