She presided over a dispute involving photographer Dennis Morris who snapped photographs of the Sex Pistols for his book on the punk rock band. A few years ago, an artist named Russell Young discovered one of the photographs on the Internet and used it to create a few pieces of art.

PHOTOS: The 15 Best Portrayals of Musicians in Movies 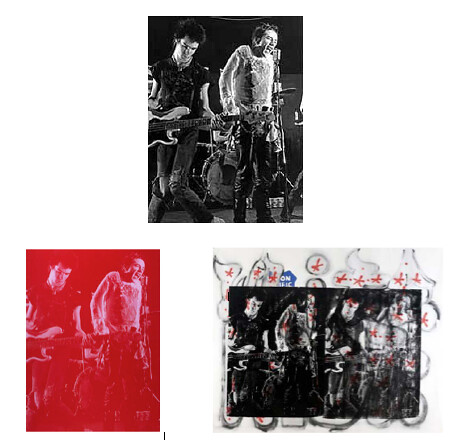 The question, "Which is better?" will no doubt prompt many art savants to cringe. It's a rather subjective query that depends on one's taste. A more delicate way to put the question might be to ask: Which of the two art pieces conveys more meaning?

In the world of anti-establishment punk rock, that question is probably still nonsense. But in a court of law, as of Monday, there's an answer.

Appropriation art, or the use of pre-existing images to create something transformative, has blossomed over the years. And thanks to copyright statutes, artists in this genre like Richard Prince and Jeff Koons have faced lawsuits alleging infringement. The advent of the Internet, where original photographs are so readily available, has also aided in the genre and caused legal trouble for artists like Shepard Fairey and Thierrey Guetta. And now, Russell Young.

In copyright law, there's the concept of fair use -- allowing exploitation of copyrighted material in certain circumstances -- and one of the factors analyzing fair use is the "purpose and character" of the use. In short, is it transformative?

To make that determination, a judge has to figure out whether the new work adds something new, with a further purpose or different character, altering the first work with new expression, meaning, or message.

And here's where it gets interesting. It's possible that the same judge can take a look at two art pieces by the same artist and decide that one isn't worthy but the other might be.

In fact, that's what happened on Monday.

Regarding "Sex Pistols in Red," Judge Gee writes that it...

But on the other hand, Judge Gee sees something more redeeming about "White Riot + Sex Pistols."

As a result of the ruling, Morris gets a summary judgment victory for the image up above on the left but not for the image to the right. The judge decides for that particular art piece, "a jury could reasonably conclude that the work constitutes a fair use."