A fan-favorite incarnation of the Dark Knight returns this week, with the launch of DC’s digital comic book series Batman: The Adventures Continue. The comic brings back the version of the hero from the 1990s animated series, with producers Paul Dini and Alan Burnett returning to write the new mini.

The series, illustrated by longtime Batman artist Ty Templeton (with colors by Monica Kubina), actually spins out of a new toyline from DC Direct in which Templeton redesigns DC characters in the style of the animated series, following the design work of that show’s Bruce Timm. The toy line also introduces a number of characters from DC’s Bat-mythology into the Art Deco Gotham that fans watched regularly nearly 30 years ago.

The Hollywood Reporter talked to Burnett, Dini and Templeton about the series, and their relationship with the Caped Crusader.

How did you all come together to return for this project? Where did it get started?

Paul Dini: It started with DC — they have a very successful line of collector’s figures based on the animated series, and after running that for about four or five years, they sort of ran out of characters to do that we had done in the animated series, and they came up with the great idea of “What if we do characters that were never in the show, but in the style of the show?” These could be characters that came out when the show was on, or in recent DC history, such as Red Hood, Azrael, the Court of Owls and a few others. I came in to do development work as far as writing those, and that led to the decision to tell stories in comic book form.

Ty Templeton: I did the designs for all the figures, and that includes turnarounds and action shots, of them running, jumping and shooting. It was a fairly natural next step [to make comics] — when we showed the designs off at a couple of toy fairs, the response was amazing. People went crazy for them, were demanding more designs, anything! So there was clearly a demand for this kind of style. I think people really fondly remember this stuff.

I think people do fondly remember it. What is it like for all three of you — Alan and Paul, you worked on the series itself, and Ty, you were working on the comic all the way back in 1992 — to return to this now? Is there a sense of returning to see old friends again?

Alan Burnett: It’s definitely a sense of seeing friends again for me. I mean, I’ve been retired for a couple of years, so I was happy to get this call and find out they were reviving the series in this digital format, and when I was asked if I wanted to be on it, I was more than happy! It’s been a ball, because we’re dealing with the continuity of the series and I’m working with Paul again, it’s like being back in my office again at Warner Bros. It’s terrific!

Dini: One of the things that made the show such a joy to work on originally was that we came up with a language, just the two of us, to discuss stories, we’d come up with stories in the office, or over lunch, or on the phone, or just Alan would come over and just chat and we’d go, “Hey, here’s something we could do…!” Because we’ve got that easy back and forth, the characters never really left our heads. They’d move into the dimmer recesses for a year or two, but sooner or later, Alan would do a direct-to-video movie, or I’d do a comic book series, or something, and then they’re back.

People seem to like the way we write them, and that makes it easy.

Templeton: My last time in the Adventures world was as recently as 18 months ago! We did a graphic novel that tied in with the Batman and Harley movie that you guys did. We started doing this in the ‘90s, but I don’t think that any of us have been away from it for more than a couple of years at any given moment. There’s always somebody saying, “Can you do this book, can you do this illustration, can you do this project…?” It hasn’t been 30 years for me at all.

Templeton: If this is a big hit, I’m totally happy to do more! (Laughs.)

How did you choose the characters to use for this particular series?

Dini: Initially, it was predicated by the toys coming out, but that said, they’re pretty awesome looking toys. (Laughs.) Rather than make it toy-driven, we thought, what’s an awesome story that involves the core members of our cast? — I mean Batman/Bruce and his little family he’s got, with Robin, Nightwing, Batgirl and Alfred — and we’ll weave the new characters in and out of that dynamic. It’s good to have a few things agreed upon in advance, because it challenges you to come up with something that matches that.

'Batman' at 25: Hirings, Firings and Other Last-Minute Changes Behind the Animated Classic

Burnett: In the old series, we never really talked too much about toys, did we, Paul? We were always going after the characters, and if it made a good story, we were good.

Dini: Yeah, we always knew the toys could follow — when you’re working with a big entertainment property, you know that could be part of it — but what I like is when the story’s very compelling and the characters can pop. When we were doing the animated series originally, there were characters we used in the show that the farthest thing in our minds was putting anyone out as toys, we just used them because we liked them. But because people liked them, people were asking, “When are we going to get our Poison Ivy toy?”

Were there characters that really surprised you this time? Either being fun to write, or to draw?

Templeton: Without question, the character I had most fun with was the vampire Batman. I think I must have drawn more action shots and sketch shots of him compared with the others by maybe three to one. Most of the stuff that went into the office — they didn’t see half of what I did. I really enjoyed the Kelley Jones and Doug Moench book that he appeared in, and the idea of trying to turn that into something that Bruce Timm, Glenn Murkami would design was such fun. There’s rhythms and curves that those guys use that’s nothing like the rhythm and curves that Kelley Jones would use. It’s like translating from Japanese to Spanish.

I had such a great time doing that. At some point, I’m going to put up on my Instagram all the sketches that nobody got to see.

Dini: We’re in the middle of the Red Hood story right now, and I think he’s a fascinating character. Going into him and his story and the choices Batman made, and the mistakes he made, and how that came back upon him in the present day. In the animated series, we never really got into a huge story arc about Batman and his past, so into this, there’s a big throughline across the six issues. It’s like a season story — we have a big seasonal arc about that.

Burnett: It’s like a secret history of Batman, and Batman: The Animated Series that fans never saw. It’s been interesting working that into things.

The animated series in the 1990s is, for many fans, as close to a definitive Batman as has ever existed. Do you feel any pressure in continuing that now, knowing quite how beloved the series was, and what it means to so many people?

Dini: I mean, I do. I feel like we have created something — not just Alan and myself, but all the other producers, Bruce [Timm], everyone — we created something that people like an awful lot, and now we have the possibility to keep it going in a proper way. … We want to make sure that we’re proper stewards of this version of Batman. We kind of police ourselves.

Burnett: We’re all fans, everyone that created that series. We brought the things we loved best from the comic book and put them in the series. It has a classical feel, it’s because we went back to the source and built it up from there — and [now], I’m just having fun. It’s been a ball to work on. I think that comes through in the storytelling, I think that it’s fun. I’m just having a good time.

Templeton: I’m having a good time, too! I don’t know if I feel a weight of responsibility specifically on this — I feel a weight of responsibility anytime I do Batman. I’ve been doing Batman now for 30 years, and I’ve done the Adam West version of Batman and, I guess you’d call it the regular DC version of Batman, and every time I feel that I’m picking up the torch that Bill Finger and his partner Bob [Kane] did all those years ago. I always feel that responsibility when I step onto Gotham’s streets.

Burnett: “Bill Finger and his partner Bob.” I like the way you put that. (Laughs.)

Templeton: I had to throw Bob a bone, I guess. (Laughs.) 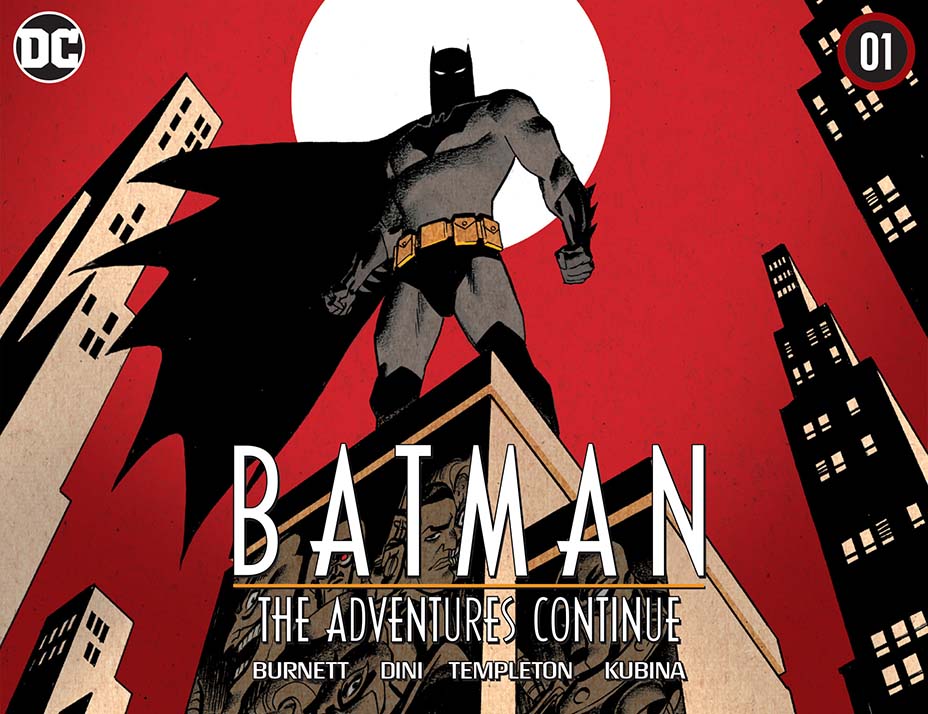 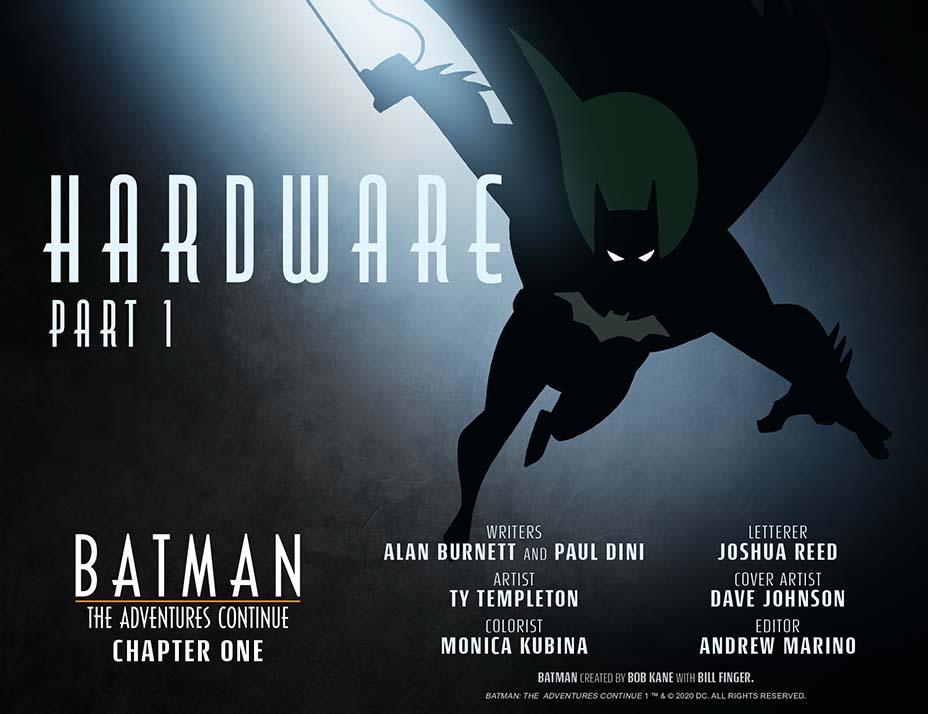 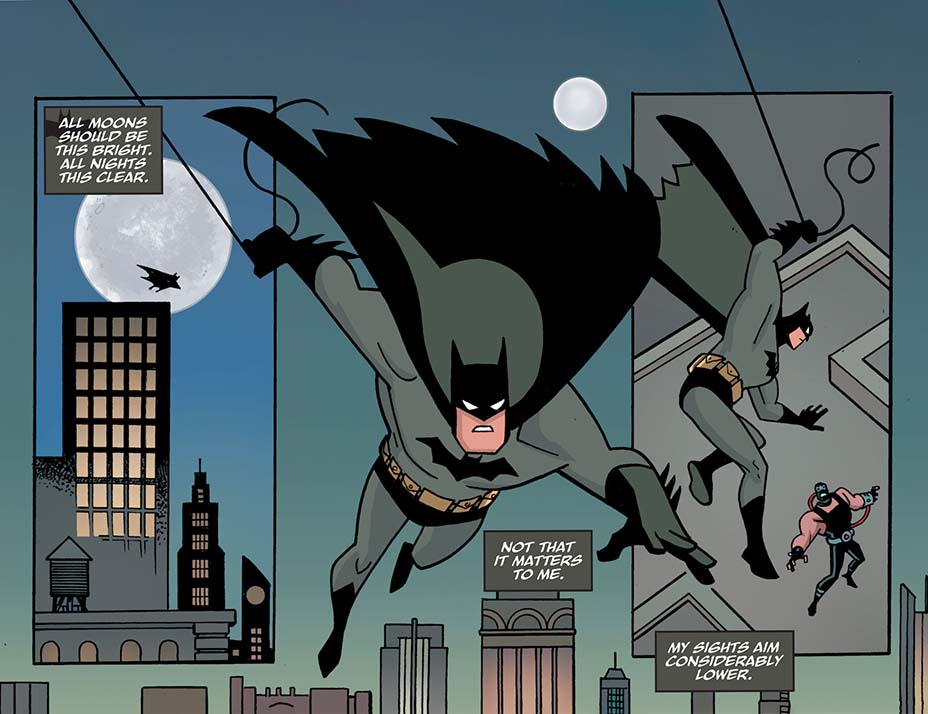 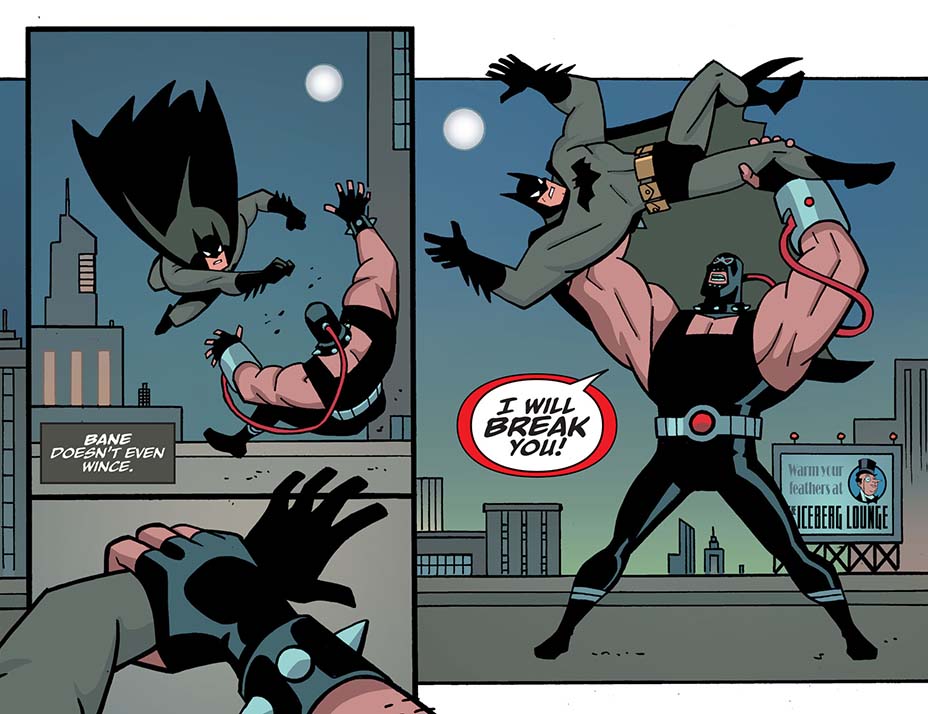 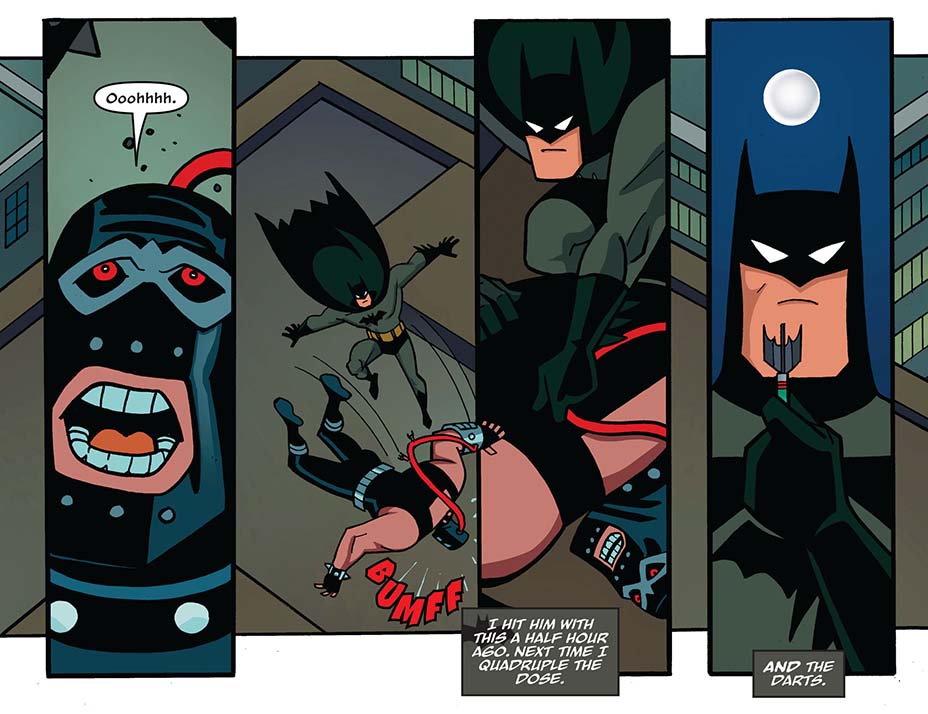 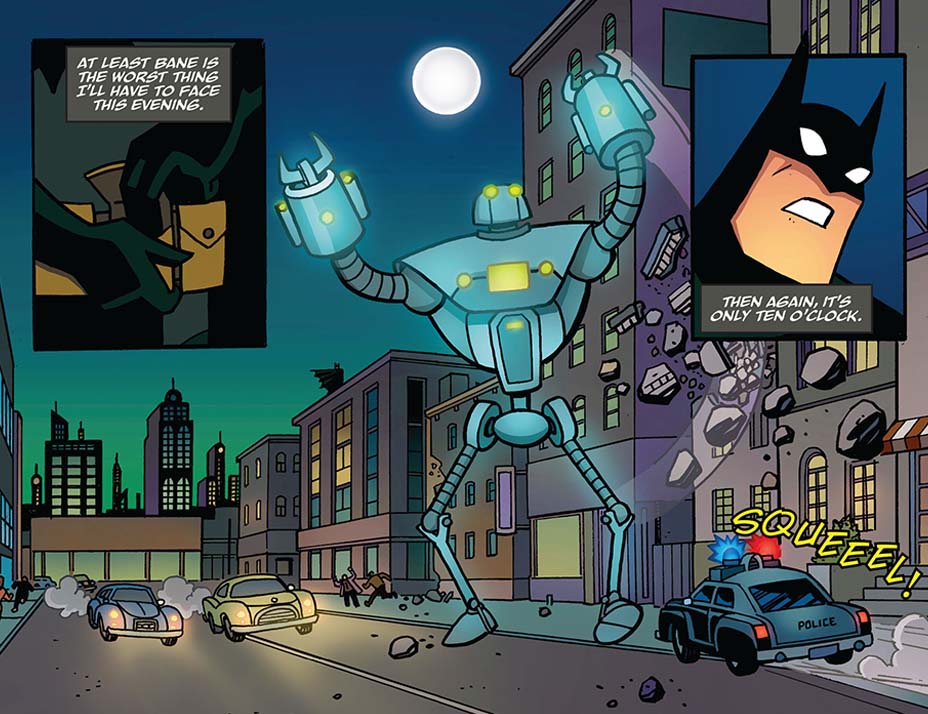 The first installment of Batman: The Adventures Continue is available digitally via Read DC and ComiXology now.