Derek Hunt’s cellphone wouldn’t stop ringing, but he was too busy rescuing horses to answer. It was Nov.? 9, and a blaze that erupted the day before in Thousand Oaks morphed into the inferno of the Woolsey Fire. Hunt, the manager of Sable Ranch, a filming location in Santa Clarita, was stationed along Las Virgenes Highway near Paramount Ranch with a skeleton crew of his friends.

They’d been doing “rounders” all day with a team of three vehicles, carting horses belonging to friends and strangers to temporary safety at the Hansen Dam, 45 miles away. The team had managed to rescue about 50 horses when, suddenly, Hunt was stopped short. Flames licked the ground a couple of hundred yards away. Less than half a mile ahead, a plume of smoke boiled upward from Paramount Ranch. “It looked like a bomb went off, except there was no sound,” Hunt recalls, “just a big cloud of smoke. That was the ranch burning up.”

Kirstie Alley, Actress on 'Cheers' and 'Veronica's Closet,' Dies at 71

Buildings at Paramount Ranch — home of the iconic Western Town that recently served as a filming location for HBO’s drama Westworld — were among the more than 700 structures destroyed in the Southern California fire that has torched about 100,000 acres to date. In the days the fire raged, Comedy Central’s Drunk History halted production at King Gillette Ranch in Calabasas after consulting with emergency services, and Zach Galifianakis’ untitled Netflix film was shut down mid-shoot in Chatsworth when the fire department rolled by with orders to evacuate.?

Some smaller productions that were scheduled to shoot at Camarillo Airport — home to episodes of HBO’s Curb Your Enthusiasm — were pushed back when the location was turned into a base camp for incident command and a staging pad for water-dropping helicopters. “We have firefighters sleeping in every corner of the airport,” airport operations supervisor Nick Martino tells The Hollywood Reporter. 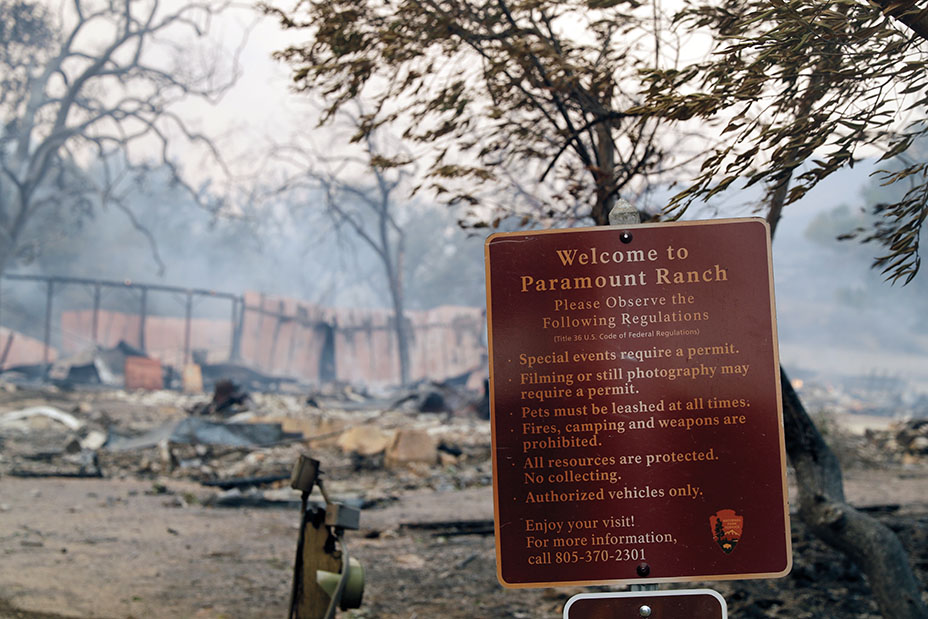 Ventura County suspended any filming permits still in process and stopped accepting new applications for those areas impacted by the fire. Of the roughly 20 productions registered with the Malibu film office, all have been halted in their tracks, marking the biggest suspension since the Old Topanga Fire of 1993.

The State Film Commission also stopped accepting any applications for filming along Pacific Coast Highway as well as at many of the state parks and beaches (Malibu Pier, Point Dume, Paradise Cove). Will Rogers State Historic Park, which is being used as a staging area for firefighters, also is off-limits.

Meanwhile, the Mountains Recreation and Conservation Authority, a state agency that oversees roughly 90,000 acres across national, state and county parks, some of which overlapped with Woolsey, is still evaluating the extent of the damage to its parks as it doesn’t yet have access to all areas. “MRCA welcomes the filming community whose locations were compromised to call us for immediate help to relocate their shoots,” said the organization in a statement.

According to the nonprofit FilmL.A., which tracks production in the county, two of the 50 film ranches operating in the area were damaged: Paramount Ranch and Calamigos Ranch. But productions already are scrambling to come up with shooting workarounds. Ranches from Agua Dulce to Santa Clarita to Newhall, especially those zoned specifically for film production, have seen an increase in calls from location scouts trying to keep their projects on track and under budget.

In addition to location damage, the closure of key arteries, like the 101 freeway, has led to problems because law enforcement officials had been drawn off to deal with the fire and couldn’t officiate film permits, as they usually do. 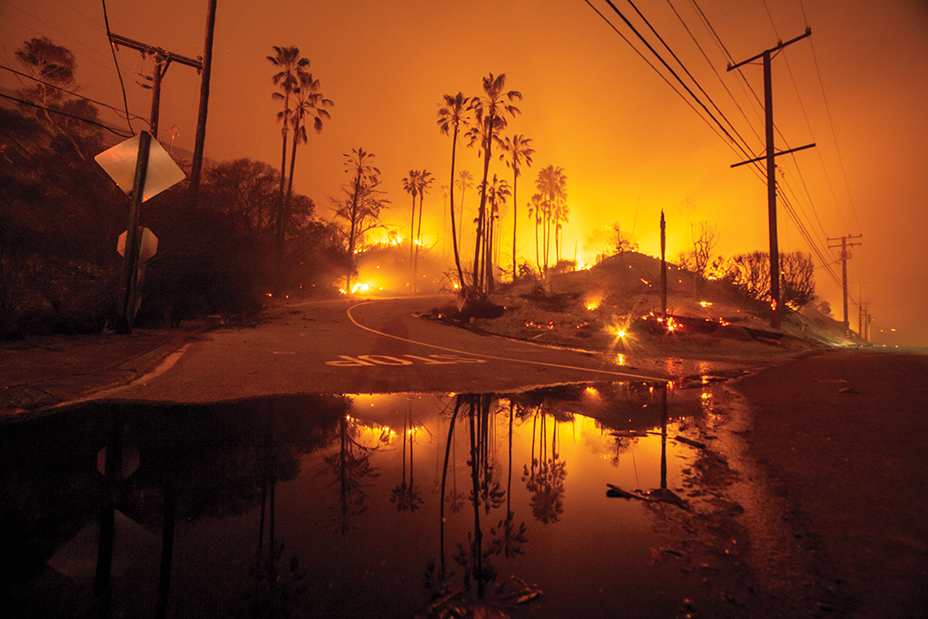 One commercial shoot already was underway in Malibu when the fire struck. “They had to move the same day,” says Jessica Fix, who works at the Agua Dulce Movie Ranch and welcomed the fleeing production. “They legitimately had no time. The whole area they had been filming in burned.”

Other ranch owners say the uptick is more along the lines of a steady trickle. “Instead of one call a day, now I’m getting about two or three,” says Steve Arklin, whose Rancho Deluxe has played host to CBS’ NCIS: Los Angeles and S.W.A.T. “There’s definitely been an influx.”

Hunt, too, received calls from at least a dozen interested clients — including several “sizable” celebrity still shoots — which had been displaced from Malibu locations.

Ranch owners have been here before, to an extent. “The business carries on,” says Hunt. “It’s pretty resilient, it’ll survive this. It’s like a train, you can’t stop it, it’s gotta keep going.” And there is precedent. Malibu has burned before — several times in fact, and it has always recovered. And Southern Californians have grown reluctantly accustomed to their breed of natural disasters. “We went through this a couple of years ago with the [2016] Sand Fire and had our property burned,” adds Arklin. But, in a twist, the fire opened up new opportunities at Rancho Deluxe. Productions doing war-themed projects needed burned and damaged things, and Arklin suddenly had plenty to offer. “People made it work,” he says.

The loss of the Paramount Ranch was particularly devastating in another way. Unlike the private ranches in the area, Paramount was owned and operated by a national park and thus was part of the federal government. In addition to being idyllic and close to Los Angeles, it also was significantly less expensive, popular with smaller-budgeted films. Whereas the Melody Movie Ranch, 40 miles away in Newhall, might run producers anywhere between $5,000 and $25,000 a day, filmmakers could squeeze in a day at Paramount for just a few hundred dollars. With Paramount damaged, Melody Ranch’s operations manager, Daniel Veluzat, has fielded at least two dozen calls from people who’d been booked for shoots at Paramount and were looking for new locations. Veluzat had to turn them away because he’s booked until mid-January.

With only the church remaining standing at Paramount, it’s unclear whether HBO’s Westworld will return to the location in future seasons. Notes California’s Deputy State Fire Marshal Ramiro Rodriguez, “It would take years for the beauty of that particular ranch to come back to its full luster, and that’s the unfortunate aspect of it.”

Immediate damage aside, some think that the fire could lead to longer term economic anxiety. “Even people working on my place presently are affected,” says Hunt, whose ranch is zoned in Santa Clarita. “They live down there, they lost homes, personal things. It’s going to have a big effect, and it rebounds out quite a long ways.” 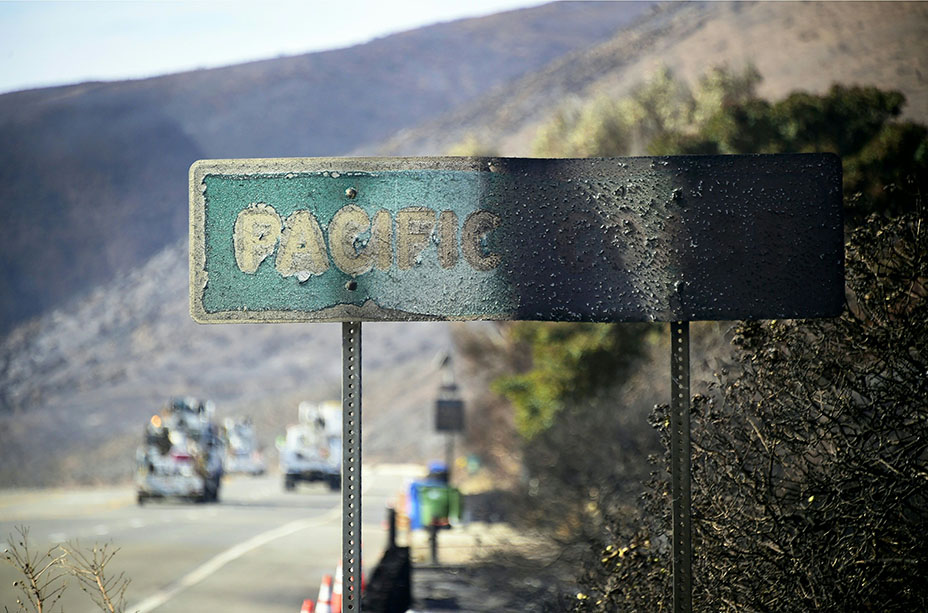 As the Woolsey Fire displaced more than 250,000 residents, it also impacted Los Angeles-area events. At AFI Fest, held at the Hollywood Roosevelt, several film studios, including Annapurna Pictures, Fox and Focus Features, canceled the red carpet events for their movies out of respect for the victims of the fires. Among them: Emma Stone’s The Favourite, Nicole Kidman’s Destroyer, Viola Davis’ Widows and the closing-night feature Mary Queen of Scots. Netflix also scrapped the red carpet for its Ballad of Buster Scruggs and Bird Box premieres at the fest, while Paramount separately axed the carpet and afterparty for its Mark Wahlberg comedy Instant Family. In all cases, the screenings proceeded as planned.

“When something like this is going on, people feel even more compelled to be together,” says AFI Fest director Michael Lumpkin. “That coming together of people in a theater to watch a movie is very healing.”

Many of the structures destroyed in the Woolsey Fire were personal residences, including those of Neil Young, Scott Derrickson, Miley Cyrus, Gerard Butler and Robin Thicke. “I suspect the greater economic impact is going to be on those people who lost their homes who were employed by the industry,” says Richard Adkins, president of Hollywood Heritage, a nonprofit historic society.

One of those who lost his home was Gersh partner Todd Christopher. When a neighbor of his drove down his Westlake Village street just before midnight ?Nov. 8 to tell Christopher the fire was only a mile away, he and his wife packed their car before heading out to his parents’ house in Temecula with their three young kids in tow.

“I was fully expecting to return home the next day,” Christopher says. He monitored the situation closely through a camera he’d set up at his house, watching embers of ash. “It looked like snowfall through this Ring camera.”

At around 3:30 ?a.m., he got a text from his brother telling him that NBC was televising his house burning down. “For about 20 minutes, I’m watching my house just in an inferno on the TV,” recalls Christopher. “I literally left the house with two pairs of jeans and three T-shirts. That’s the sum of my material possessions.” 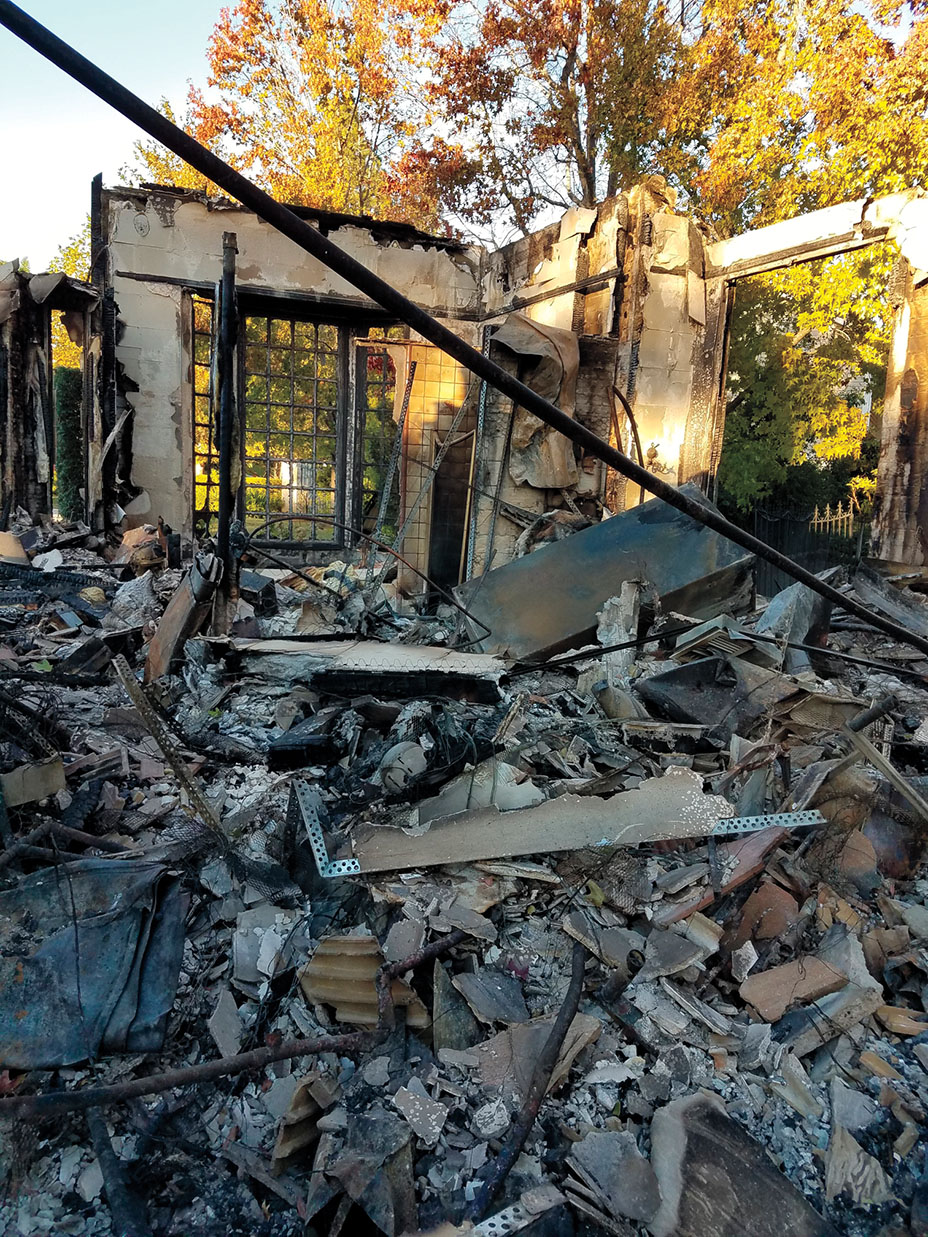 A version of this story also appears in the Nov. 19 issue of The Hollywood Reporter magazine. To receive the magazine, click here to subscribe.