Welcome to In Conversation With, a Hollywood Reporter podcast produced in partnership with Apple TV+. Each week, hosts Rebecca Ford (awards editor) and Michael O’Connell (senior writer) sit down — remotely! — with the creators and stars of some of TV’s most compelling shows. In this week’s episode, The Morning Show actress Gugu Mbatha-Raw talks about her experience on the first season of the Jennifer Aniston and Reese Witherspoon drama.

Mbatha-Raw, who has starred in such films as Beyond the Lights and Motherless Brooklyn and appeared on the TV series Black Mirror and Undercovers, had a slow build on The Morning Show, but her tenure playing talent booker Hannah Shoenfeld culminated in a tragic ending when she was revealed to be a victim of the series’ sexual assault storyline.

“Kerry [Ehrin] and Mimi [Leder] really did tell me exactly what Hannah’s journey was going to be so I knew from the outset,” Mbatha-Raw says of her initial conversation with the Morning Show producers. The actress had a straight offer to play the part. “It just felt like it would have such a powerful impact. And I loved the idea of it potentially generating conversations around the issues of the show, from sexual assault and power dynamics in the workplace to suicide and female friendships and female ambition — and the cost of that.” 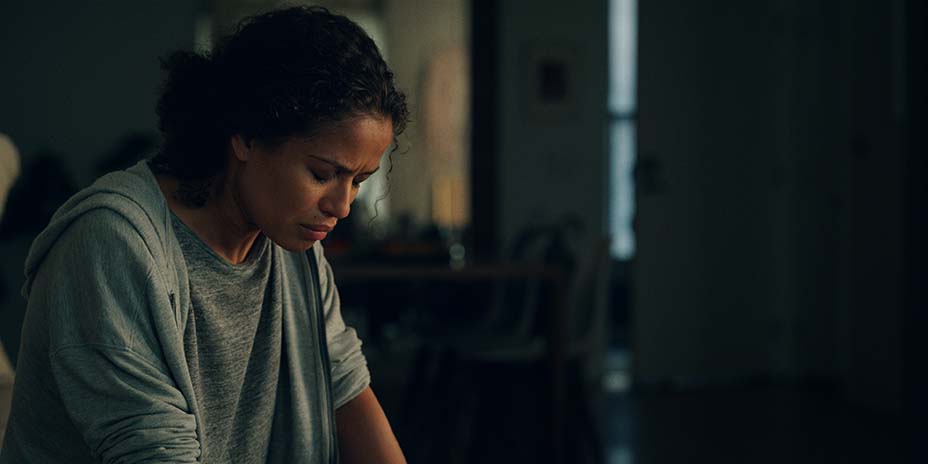 Speaking at length about one of her standout episodes, the flashback-heavy “Lonely at the Top,” Mbatha-Raw says she and co-star Steve Carrell worked with an intimacy coordinator — a first for the actress. Mbatha-Raw’s character ultimately takes her own life at the end of The Morning Show’s first season, and she says the kind of feedback she’s gotten since is helping drive her choices now.

“Once you have the luxury, as an actor, of getting a job in the first place … you can make some choices about the work that you do,” she says. “For me, it’s ultimately more fulfilling to be part of projects that create a conversation — and, hopefully through that conversation, move the culture forward or shift people’s thinking.”

***
For much more from Gugu Mbatha-Raw on The Morning Show and her career, tune in to the latest episode of In Conversation With, below.