In this week’s episode, Josh Gad details how the Apple TV+’s Central Park — which started as an idea between him and producer Kevin Larsen — developed into a full-blown series of animated musicals. Gad stars as a busking violinist (and the show’s narrator), who follows the story of the park manager’s family and their plight to stop an elderly heiress who’s threatening to purchase Central Park for real estate development.

Most widely known for his portrayal of the snowman Olaf in Disney’s Frozen franchise, Gad is no stranger to the world of animation, having lent his voice to a slew of films like Ice Age: Continental Drift and Angry Birds as well as an episode of Bob’s Burgers. The latter show’s creator Loren Bouchard and executive producer Nora Smith joined Gad as co-creators on Central Park after sitting through an admittedly succinct pitch.

“They sit there, and they listened to my three-minute pitch, which was basically ‘show, Central Park, musical,’ and they go, ‘All right, well, yeah!’ and I couldn’t believe it. But lo and behold, they took the journey with me and I am so grateful for that because the feedback has been exactly what I had prayed for.” 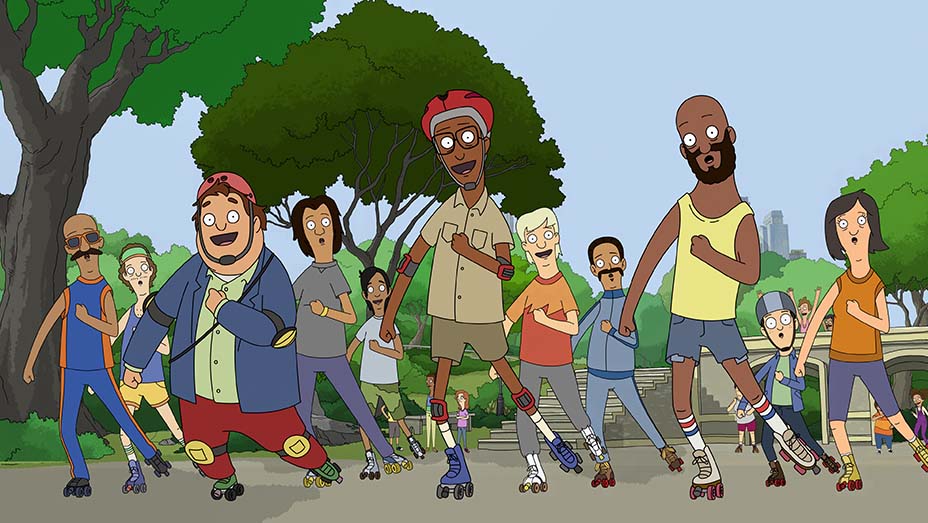 Before any characters had even been created, Bouchard encouraged Gad to assemble an ensemble of friends to bring the show to life. In response, Gad gathered a troupe of top-tier theater talent including his college friend and Tony-winning Hamilton star Leslie Odom Jr. as park manager Owen and his Frozen co-star Kristen Bell, who recently stepped down from her role playing Owen’s comic-obsessed daughter Molly so the mixed-race character can be voiced over by a Black or mixed race actress in future seasons.

“We went in just wanting to create the greatest ensemble we could think of, and an ensemble that frankly didn’t BS the audience in terms of their singing prowess,” Gad says. “Because if you’re doing a musical, you better get people who can truly sing. And that was at the forefront of our thinking.”

‘In Conversation With’: J.K. Simmons Reflects on the Flaws and the Humanity Embodied in His 'Defending Jacob' Role

Each episode has an average of four songs, a number that Gad says almost got him thrown out of Bouchard’s office because of the heavy production lift. To craft the show’s expansive musical landscape Gad teamed up with Olaf’s Frozen Adventure songwriters Kate Anderson and Elyssa Samuel whose talents were further supported by an impressive list of guest composers including Sara Bareilles, Cyndi Lauper, Alan Menken, Megan Trainer, and Fiona Apple.

“We gave it a shot, thinking nobody would say yes,” Gad says of the guest composers. “And ultimately here we are two seasons later, and we can’t even slot in everybody who wants to do an episode. We’ve been so blessed with people who, now that they know what the show is, are so eager to collaborate.”

For much more from Gad on Central Park and how each episode comes together from the storylines to the music, tune in to the latest episode of In Conversation With.