Larry David’s Curb Your Enthusiasm returns to HBO for its ninth season on Oct.?1. Author James Andrew Miller (Powerhouse: The Untold Story of Hollywood’s Creative Artists Agency, Those Guys Have All the Fun: Inside the World of ESPN, Live From New York: An Uncensored History of Saturday Night Live) dove into the history of the hit HBO comedy for the first chapter of his new podcast, Origins, about beginnings in film, television, music, sports, tech, relationships and more. Miller talked with David, the show’s creator, and many of the its stars and crew and others who worked behind the scenes about how the show came to be, how it was cast and the blurring of art and real life. THR presents an excerpt from Origins’ five-episode look at Curb. (Listen to the whole podcast here.)

Larry David I finished Seinfeld, then I did a movie. My state of mind was fine. I started to focus on stand-up because I had not done it in 10 years, and I thought it was time that I should give it another shot. And Jeff Garlin was in the office next door, and I would go in there, and we would always talk. Jeff said, “What are you working on?” I said, “Well, I think I am going to do some stand-up.” And he said, “You should film it.” That idea did not really appeal very much to me. I did not really want cameras in there, following me around. He said, “You should do it as a documentary, and I will direct it.” I said, “No, I do not think so.”

Cheryl Hines The first I heard about Curb, it was actually just being called Larry David Special on HBO. So it started out as a one-hour special, and the idea was Larry returning to stand-up comedy, and they wanted to do sort of a mockumentary of his return to stand-up.

Bob Weide, director We saw a lot of actresses for that part. I remember Nia Vardolos came in; this was before My Big Fat Greek Wedding. I’m sure if I looked at the tape now I’d see a lot of other recognizable names. I got an invitation one night for an actors showcase. Lo and behold, one of the actresses was Cheryl Hines, who was unknown to all of us. But I remember the bit that she did to this day: It was some sort of employee training meeting, where they had some guy advising about what to do in a disaster at the workplace. He would say, “OK, so there’s been an earthquake and the water is cut off, there’s no running water in your office and you can’t escape. You’re thirsty, what do you do?” Cheryl pipes up, “Well, I suppose if push came to shove you could drink your own urine.” The room just goes real quiet, and everybody stares at her. And the guy stares at her and says, “Well, OK, I was thinking more about having water stored in the room or, you know, possibly detaching a hose from the back of the refrigerator and drinking the water that way.” Cheryl goes, “Oh, well, yeah.” And then I remember the line that really killed me: “Well, I did say if push came to shove.” I just said this girl’s really, really funny. And that line, “I did say if push came to shove,” gave Cheryl a career. 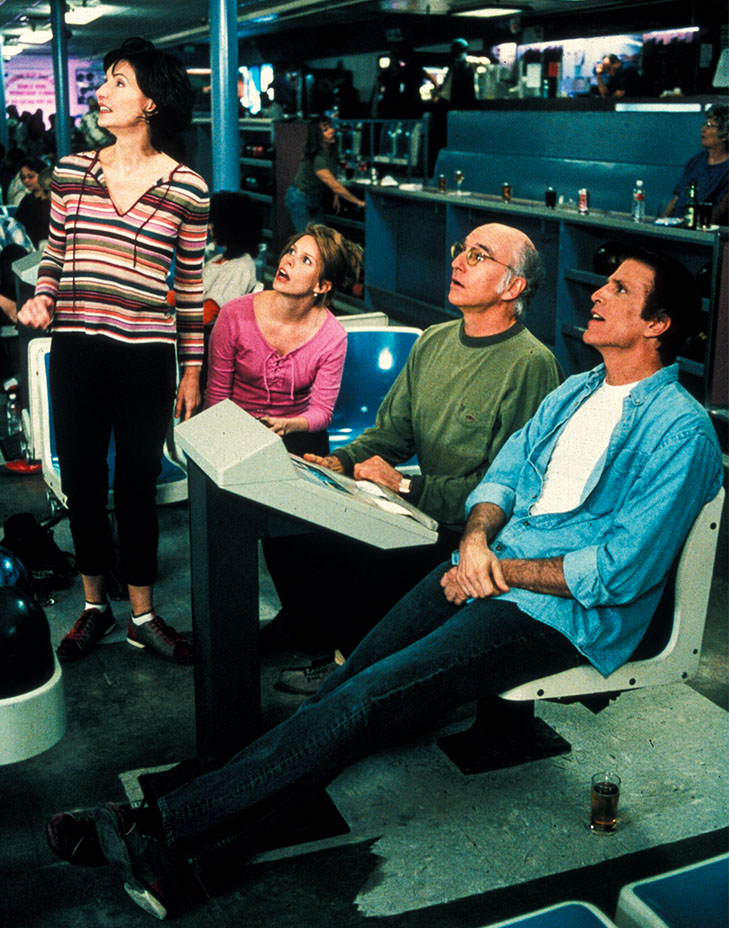 Hines I didn’t know what I was auditioning for, because it was all very vague. And I met Larry, and I really sparked with him. There were no sides. There have never been sides for actors to read, because there’s no script. So even when it started out, even the one-hour special, it was all improvised.

Chris Albrecht president, original programming and chairman, HBO, 2002-07 Originally Larry was going to do one-third the making of and half to two-thirds the stand-up act. As he started to get into it and started to shoot the making of, that was really the connection he made. What ended up happening was that the making of became the dominant thrust of it. Not surprisingly, the first part was funnier than the second part because what Larry really was was somebody who had learned to take his point of view and translate it through a dramatized version of characters. In this case, himself rather than a stand-up form.

Ted Danson My wife, Mary, and I met Larry on Martha’s Vineyard. They were renting a home there, and he had just shot the pilot. He showed a group of us in this little rental house. We were all crowded around this hot room and looked at the pilot. I’m overjoyed to tell you this: A couple of people fell asleep.

David You know, when people told me after the show started airing that they had to leave the room for some scenes because they were cringing and they couldn’t bear to watch — it was like a horror movie — I had no idea it was having that effect on people. That was a complete surprise to me, and I liked it. I liked that they couldn’t see it. But I never really gave it that much thought. I was just trying to do funny shows. I never felt I was going too far. I felt I was doing what I wanted to see. 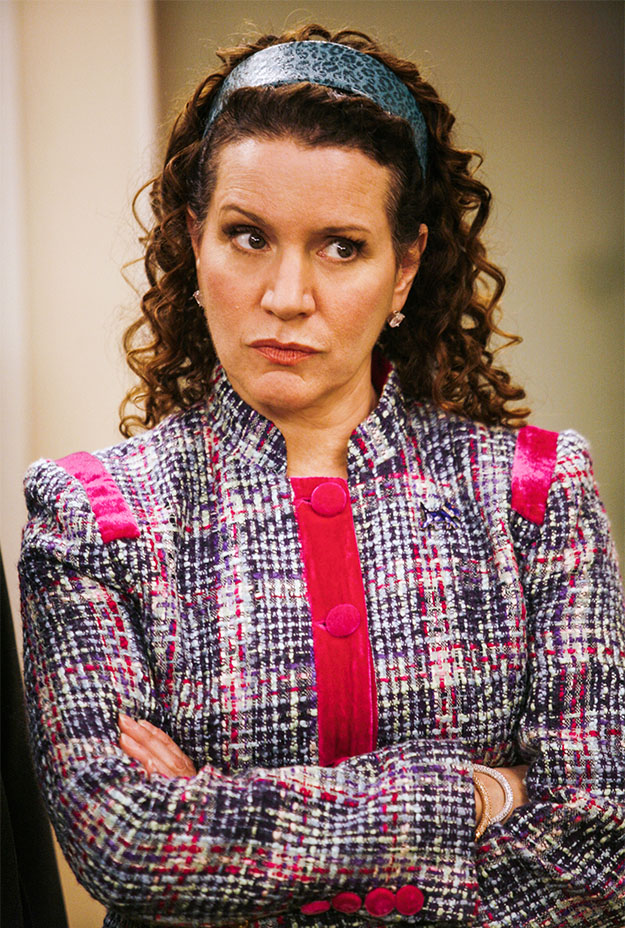 Susie Essman It was this slap-dash operation. We had no budget, nothing. We didn’t have our own dressing-room trailers. We were all running around whatever house we were in finding a bathroom and changing and getting makeup done in the half dark. It was such a low-budget operation. And then finally, in season three or four, we got one trailer that we all shared. Cheryl, Larry, Jeff and me, we all shared the trailer together. We liked it when it was like that.

David When I drove home every day, because we were improvising it, I’d think, “Would this scene be better if I’d written it?” And 98 percent of the time, I’d thought “No.” It was better improvised. You could just get to places that you couldn’t get to writing. But the editing is really hard. Compared to a written show, where you’re doing two to three takes and they’re all the same. For this show, every take is different. 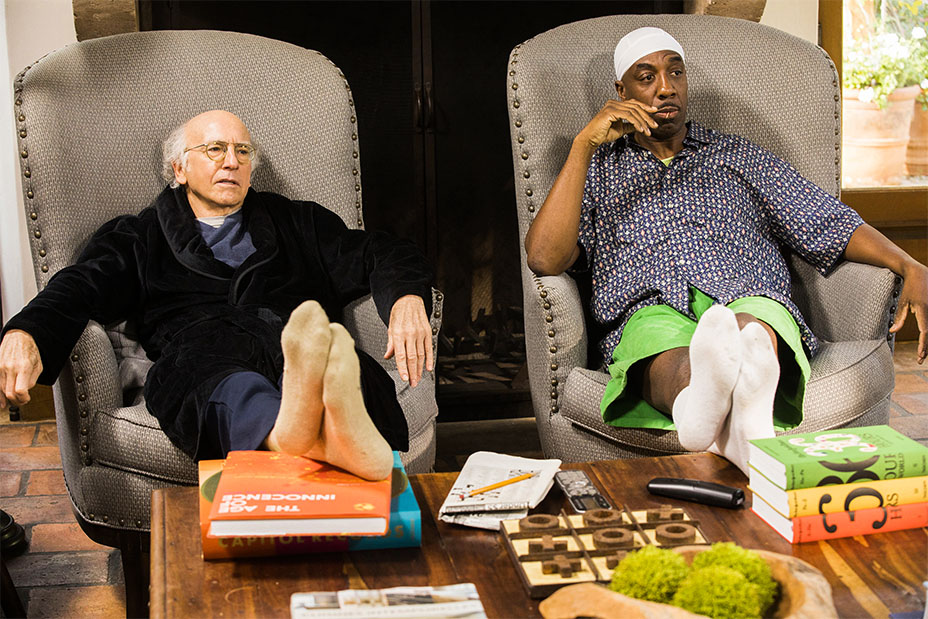 Weide J.B. was so funny. He came in with his character of Leon fully formed.

Smoove So I go in there as Leon. They said, “OK, J.B., you’re going to improv with Larry directly.” And I had no idea I was going to be improving with Larry directly. Larry is standing in the middle of the room. I thought I was going to go on tape, you know how they put you on tape, they review the tape. You know, you actually improved directly with Larry — I had no idea. So, Larry is standing in the middle of the room, and this is exactly what I said to Larry, verbatim: I walk up to Larry as Leon, I said, “OK, Larry, let’s do this, baby.” You know, this is improv, right? I said, “OK, let’s improv.” And since this is improv, I said, “I don’t know Larry, I might fuck around and slap you in the face.” And that’s exactly what I said to him, and Larry looked at everybody else like, “What the, who the hell is this guy?”

Essman The only scene that I think I ever preplanned what I was going to say, and there was a reason for that, was the restaurant opening. You know, where everybody is cursing, and Paul Sand plays the Tourette’s chef. And I walk in while they’re all in the middle of this crazy cursing, and Cheryl says something like, “God damn, son of a bitch.” And I think she’s talking to me. So I actually planned my response, which is one of my most famous quotes: “Fuck you, you car-wash cunt. I had a dental appointment.” When I first met my husband, he had never seen Curb, so I was very happy about that, you know? He got to know me before he ran the other way. But years ago, when I first put my website up, I had a contact thing on it. And I was getting these crazy S&M guys contacting me. You know, just really weird, sexually perverse, and wanting me to like tie them up and scream at them. So I got rid of the contact, because it was gross. 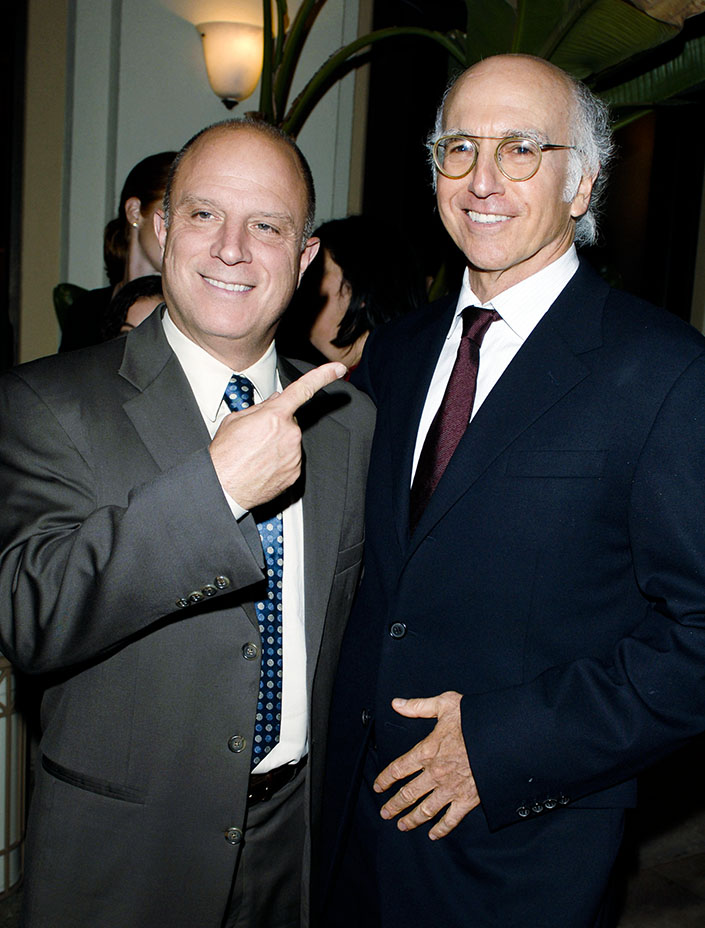 Bob Einstein My whole life I did this character called Super Dave, and it was all ad lib. I hate pontificating about how we create things. My relationship with Larry developed very differently from the other characters. I had some things happen to me that were amazing: My father dies. Larry opens the casket because he left his 5-wood [golf club] in there, and then my mother dies. The place where she was hit in her wheelchair became a monument there and they put flowers there, and Larry steals the flowers and gives them to his wife so he could fuck her. My daughter was a lesbian who went straight, and Larry turned her back into a lesbian. Jeff [Garlin] fucked my mentally ill sister. And this year something else happens, which I can’t tell you.

Richard Lewis I needed a colonoscopy a couple of years ago. I’m waiting for the car. Everything is valeted in L.A., you know, little stores, little delis, the whole thing is a joke. Well, this was a medical building. So I valet, and the guy says to me, “Are you going to have a colon fight with Larry?” [The pair fight over who has a cleaner colon in season six.] I go, “You know what? Just do me a favor. I could be dying. Let me get my colonoscopy.” So then I get the car, and some other guy is walking to his car, and he goes, “Richard, is your kidney OK?” I go, “What are you talking about?” He goes, “Well, you’ve got Larry’s kidney.” I go, “No, no.” I said, “Please, please.” And it gets to the point where, because we’re playing our own names and our own people, our own persons, people do believe it. And I sort of take pride in that because I guess it’s very real. I might be unraveling in some scenes, and Larry might be upset and angry but funny. But I felt it was like doing a Cassavettes movie, but as a comedy. Because it’s so real, and it gets really intense sometimes. Our fights are almost no different on the show except maybe in how loud they are in real life.

Albrecht The woman I’m married to now, I met 15 years ago, we became engaged. The first night I met her, she was extraordinarily beautiful, very, as the Jews would say, shiksa woman, blonde. And we were talking, and I told her I work at HBO, trying to impress her, the CEO of HBO, and she said, “Oh, HBO.” She says, “My DVR is jammed with all the episodes of one of your shows. And I said, “Oh, Sex in the City. And she said, “No, Curb Your Enthusiasm. I live for Larry David.” And I thought, “OK, first of all, who looks like you that says, ‘I live for Larry David?’?” But [it] also told me how broad and accessible Larry had become as a comic voice. 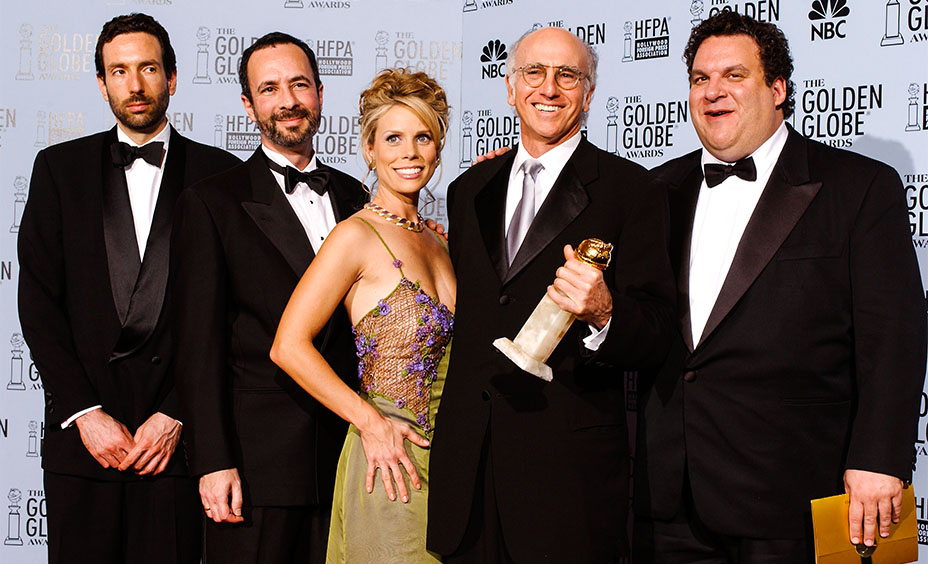