When Impeachment: American Crime Story makes its debut Sept. 7, it won’t be light on star power.

As is often the case with Ryan Murphy television, the producer has larded his latest FX series with an array of familiar faces, some of them from the Murphy universe (Sarah Paulson, Judith Light); some of them new to it (Beanie Feldstein, Clive Owen).

Paulson was cast first as Linda Tripp, with Feldstein tapped to co-star as Monica Lewinsky soon after. Neither actress required much arm-twisting; Paulson calls Sarah Burgess’ pilot script “one of the best she’s ever read”; and Feldstein heard the names Murphy and Paulson and says she “couldn’t say yes fast enough.”

Louise Fletcher, the Cruel Nurse Ratched in 'One Flew Over the Cuckoo's Nest,' Dies at 88

Still others, including Owen and Cobie Smulders, who plays controversial conservative pundit Ann Coulter, required more coaxing. “We had to actually talk Cobie into auditioning,” recalls producer Brad Simpson. “She was like, ‘I don’t know, especially with Trump and everything,’ and we went to her husband [Taran Killam,] who was playing Paula Jones’ husband, on set and we were like, ‘Please convince her. We promise you it’s going to be good.’ And she’s great in the role.”

THR caught up with the producers and stars to find out more about the process of casting the season’s biggest stars.

For the entirety of production, Feldstein — who relied on wigs and shapewear but no prosthetics — carried around Lewinsky’s authorized late 1990s biography in her backpack: “It’s as close as I had to Monica at that time,” she says, noting that she leaned into what she saw as her character’s defining characteristics at that age: “a kind of radiant, warm positivity and a hopefulness.” Lewinsky, with whom Feldstein would text often, also shared with her the music that she’d listened to in that era, so the actress made a “Monica playlist,” which included Carly Simon and Helen Reddy covers of theater songs, to listen to on set. 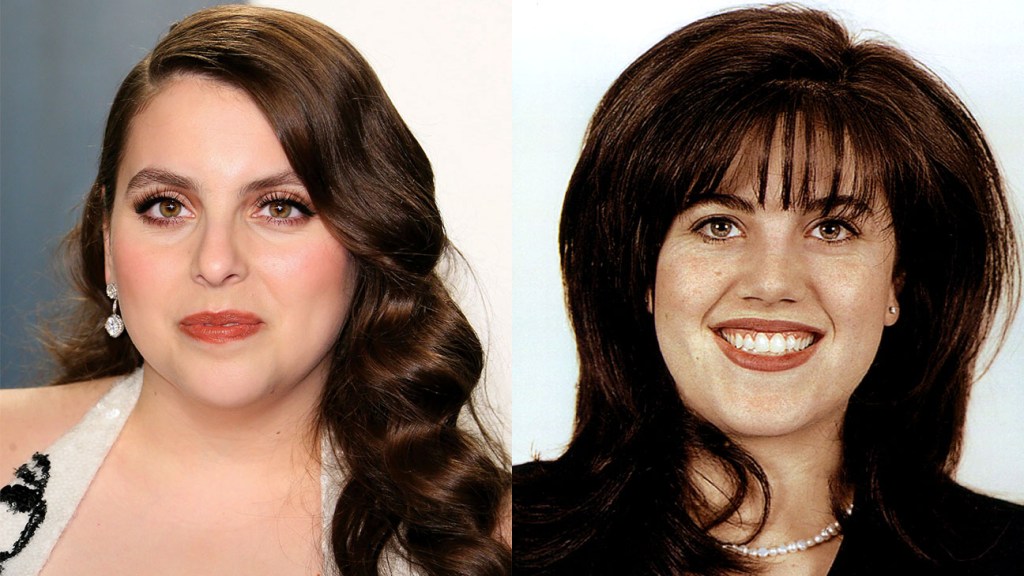 Landing their Clinton took longer than the producers expected, but they didn’t want a Saturday Night Live impersonation of him. Owen, they collectively felt, had the chops, the physicality and charisma that they were after. Still, he’d require convincing, and only in part because he felt he didn’t look or sound like the former president. Once Owen was in, however, he says, “I asked what real archive footage they expected to be in the series and began work immediately on re-creating what Bill did as closely and accurately as I could.” On set, he was often working closely with an accent coach or listening to Clinton read his biography or give a speech in his headphones. Prosthetics helped, too. 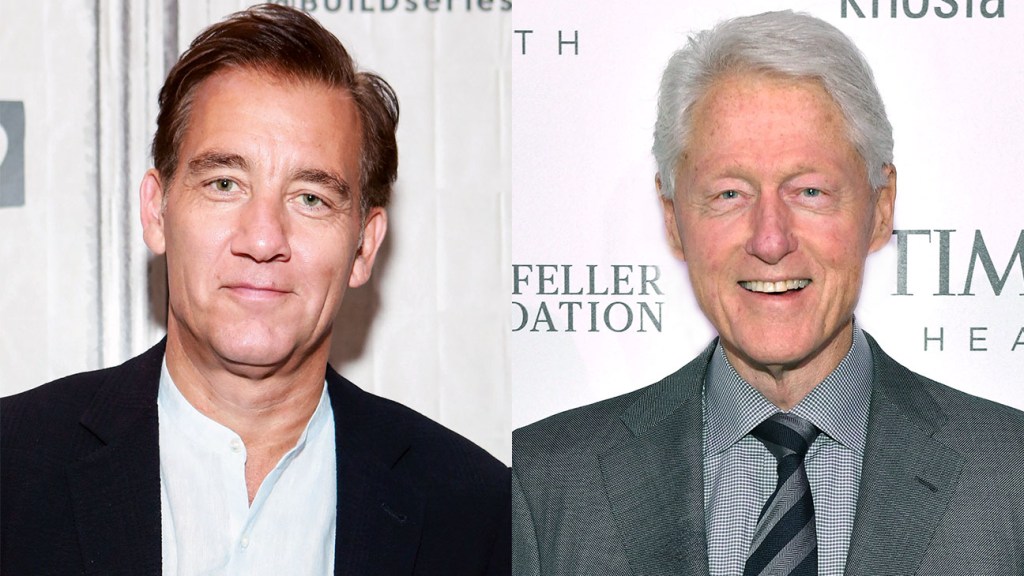 Early on, Paulson tested a face full of prosthetics for the part of Tripp, “the likes of which you couldn’t see me in there at all,” she says. Ultimately, “they decided, ‘We cast you to bring something of you to this interpretation, let’s not hide you.’ ” So, Paulson set out to gain what amounted to 30 pounds for the role, though she did have to rely some on prosthetics, particularly around her nose, and on padding for her shoulders. “The rest is my body,” says the actress, who calls the role “one of the great parts I’ll probably ever get to play.” Paulson also worked with a dialect teacher and, for the first time in her career, a movement coach. “I know all those geniuses over on The Crown have been doing it since its inception,” she says, “but I’ve never done that before and it was amazing.” 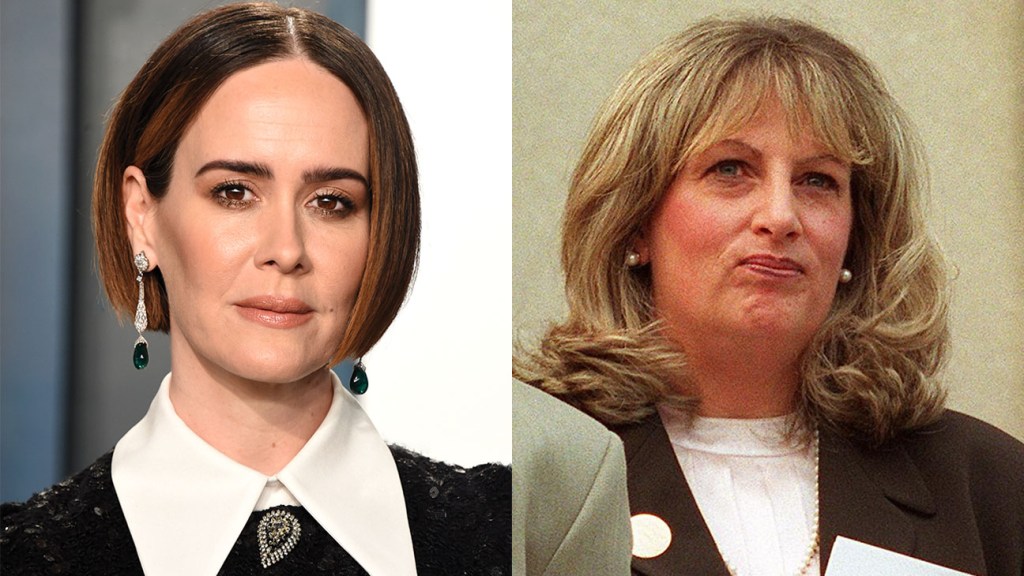 The former first lady was among the last major roles to be cast and, save a glimpse here or there, she’s barely in the first six episodes of 10. “For Edie, she really respects Hillary Clinton, and she brought a lot of that to the role,” says Simpson. “But it’s a very big weight when you’re playing a real person, and so every actor had their concerns.” (Out of respect, Chelsea Clinton is not a character in the series.) 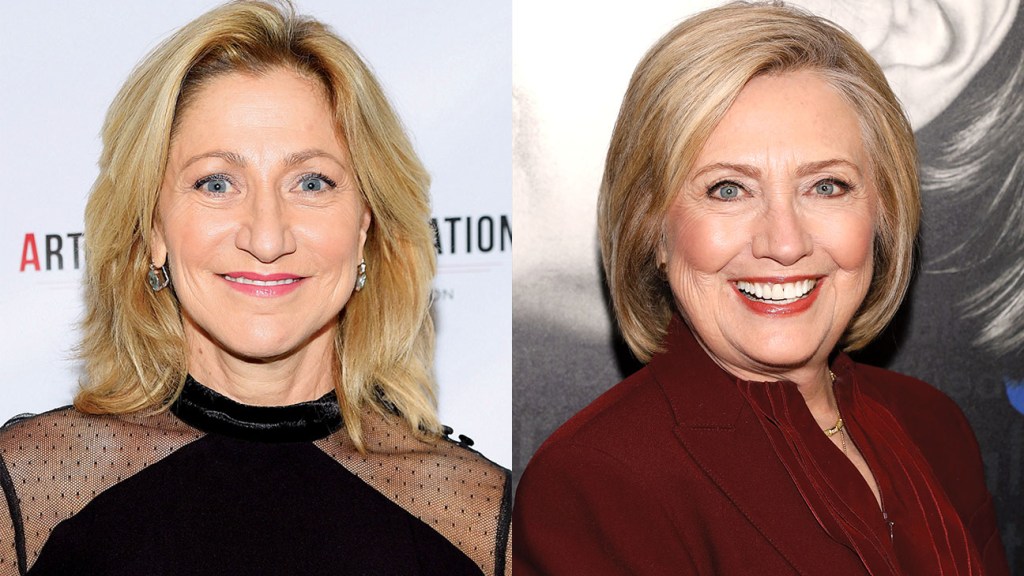 Ashford is no stranger to the American Crime Story franchise, having appeared in season two (The Assassination of Gianni Versace). Still, she needed to audition to play Jones, a significantly bigger part and a potentially career-changing role for the actress. “We put her on tape really early on,” says Simpson, “and instantly she was Paula.” Nevertheless, Ashford began work with a dialect coach and relied on prosthetics, too. 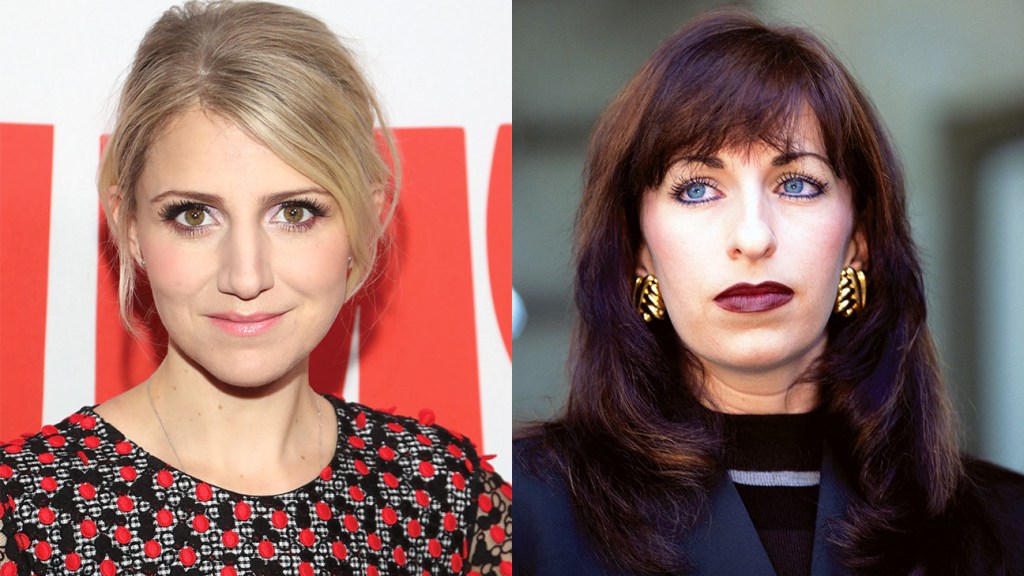 A version of this story first appeared in the Aug. 25 issue of The Hollywood Reporter magazine. Click here to subscribe.