“It’s booming,” says stand-up comic Nick Thune, sipping on an electric blue cocktail after a set at The Virgil, a saloon-style comedy venue in East Hollywood. “People just want content. I made a special that got bought by a company, but they went under — so somebody else bought it. I sold the same special twice!”

With a scraggly beard and mop of unruly hair, Thune, 38, has the air of a prospector seeking his piece of the comedy gold rush — and he’s far from the only one. Whether streamed online or caught in person anywhere from dingy rock clubs to 10,000-seat arenas, live comedy has never been hotter — an estimated billion-dollar business fueled in recent years by Netflix’s deep-pocketed commitment to the genre. Attendance at comedy clubs has increased steadily from 14.62 million annually in 2008 to 18.32 million in 2017, according to market research outfit Statista. Los Angeles has become the epicenter for a new generation of comic who is just as interested in building a YouTube following or landing a Netflix special as scoring a TV pilot or a bit part in an Apatow movie.

To get a sense of the thriving scene, THR tagged along with UTA comedy touring agent Andrew Skikne, 40, for a night of industry schmoozing and serious laughs. 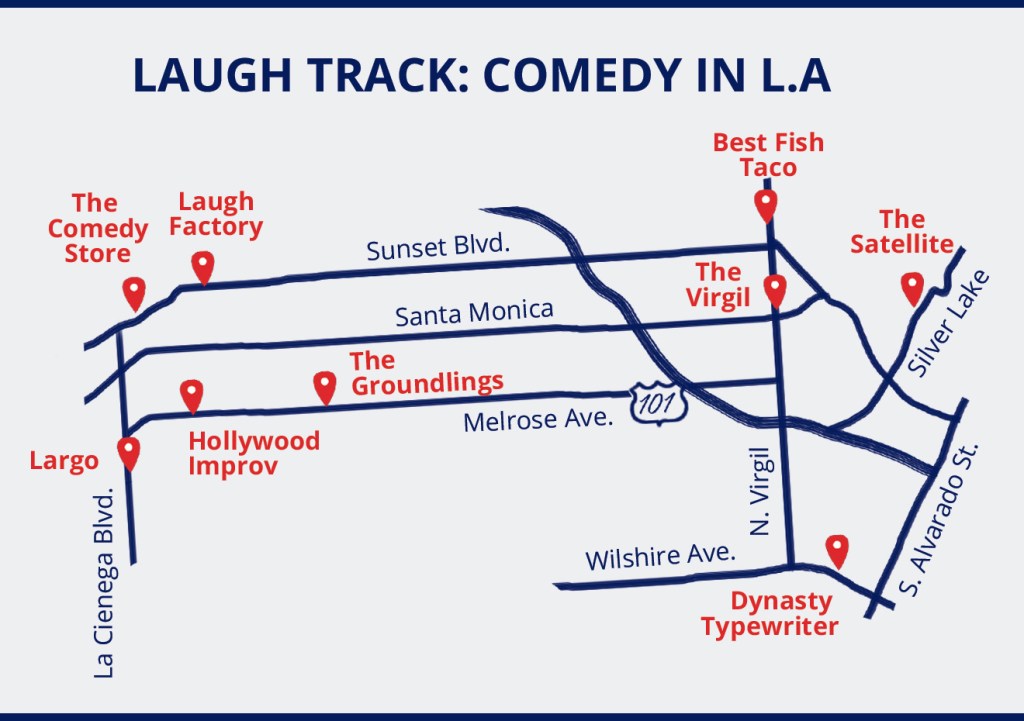 It may be a Tuesday in May, but comedy rooms across L.A. are uniformly packed to the rafters with boisterous fans. It begins at the city’s hottest new venue, Dynasty Typewriter at The Hayworth. Tucked inside a deco theater in Westlake, the 200-seat venue was purchased in 2014 by Orange Is the New Black creator Jenji Kohan, who funded a renovation in 2017 (her Tilted Productions installed offices on the second floor). Since opening in January, Dynasty Typewriter already has featured a weekly residency from Broad City‘s Ilana Glazer and a week of Adam Sandler performances. The roster is curated by 41-year-old Jamie Flam — a former Hollywood Improv booker, he named the spot after his great-grandfather’s typewriter store — and Vanessa Ragland, his 35-year-old business partner. 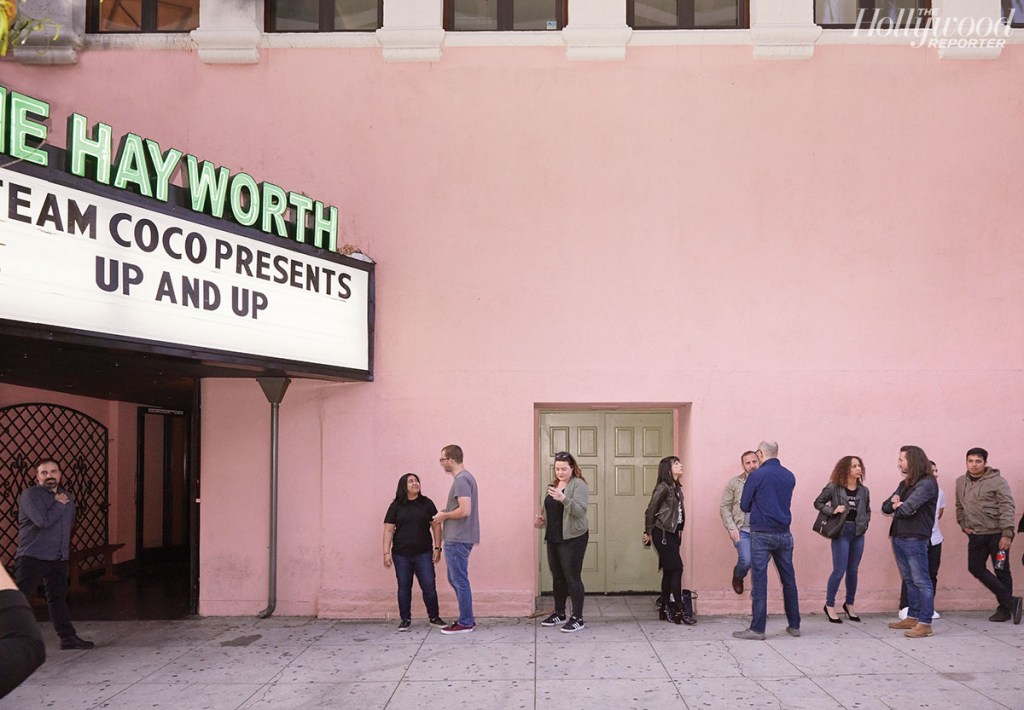 Tonight’s offering is Up & Up with Moses Storm, co-hosted by Chris Redd (the new SNL castmember warms up the crowd with terrible sketch ideas sent to him on Twitter) and produced by Team Coco, Conan O’Brien’s official YouTube channel. “Conan really wants to go out and do a tour,” says Conan supervising producer J.P. Buck, 44, who’s on the lookout for comics who “work well with our sensibilities.” Someone who probably does is the evening’s headliner, Rory Scovel, a scruffy 37-year-old South Carolina transplant whose persona is an appealing mix of goofiness and outrage. (He does a bit about Uber’s deadly self-driving car accident: “Day one, and we’re already at ‘kill’ level?”)

Scovel has entered the elusive sweet spot, booking prominent roles in studio features — he plays Amy Schumer’s love interest in I Feel Pretty — and landing his own Netflix special. For a comic in 2018, there’s no quicker way to jump-start a career. Just look at Ali Wong, who was struggling to fill small rooms when her first hour for the streamer, 2016’s Baby Cobra, made her an overnight sensation. Wong earned $1.8 million touring in the past year, according to Billboard Boxscore. “Back when Carson was in his heyday, if you were on The Tonight Show one time and you killed, your career was off and running. Now Netflix is the go-to place,” says ventriloquist Jeff Dunham. The seventh-highest-grossing touring comedian in the world, Dunham jumped from Comedy Central to Netflix in 2017 with his special Relative Disaster. “That’s what’s selling tickets these days,” he explains. “Promoters I’ve known for 20 years tell me you can have an HBO special and it doesn’t do anything.” 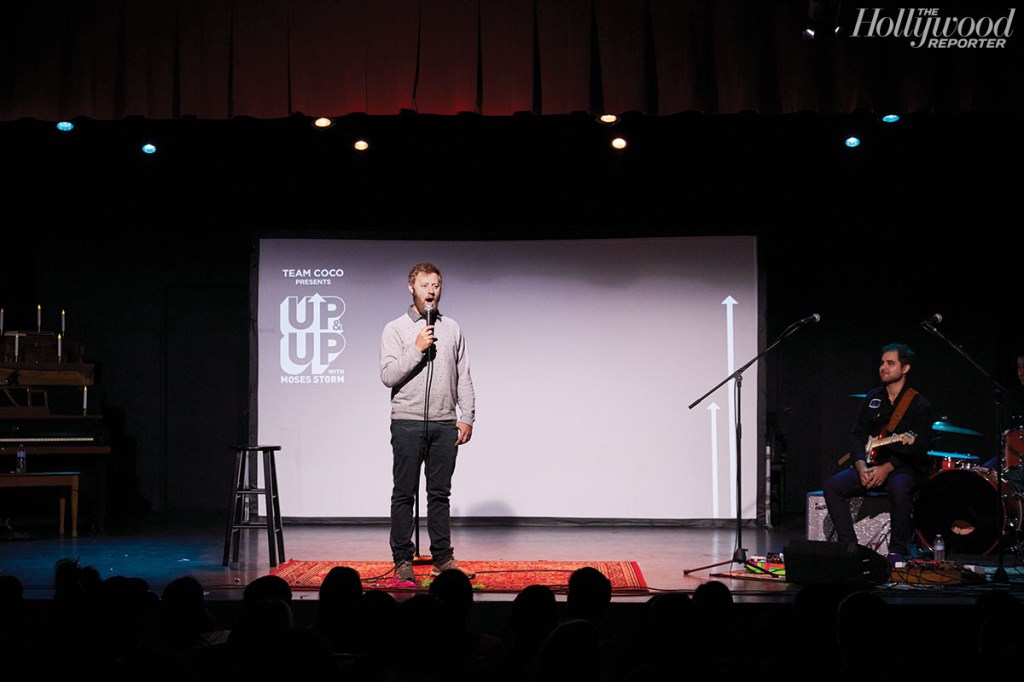 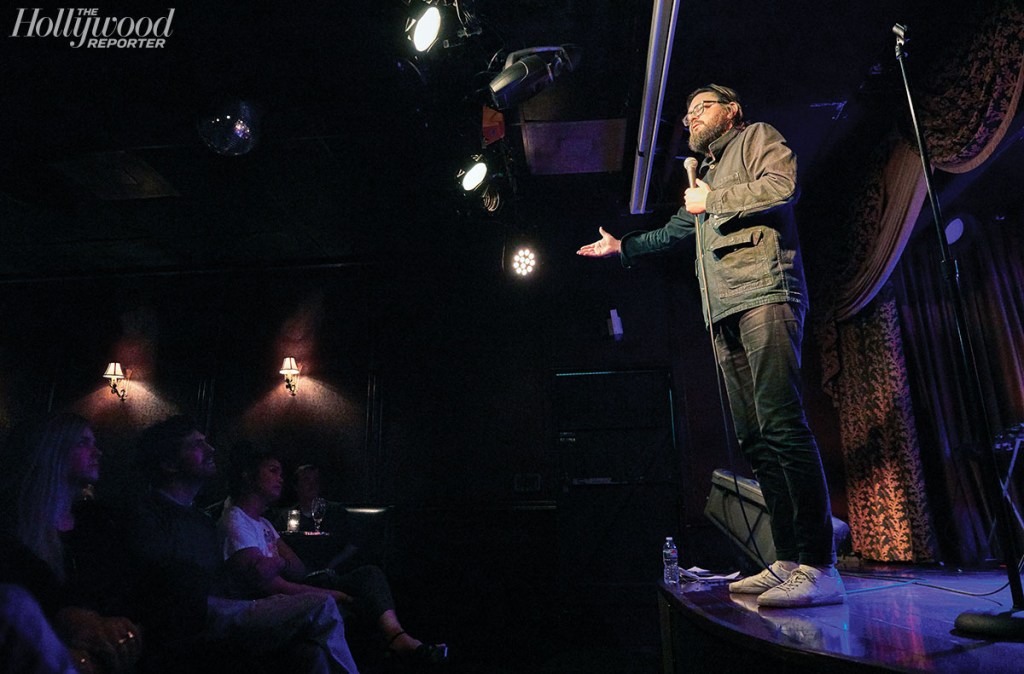 But first a comedian needs to impress one woman: Lisa Nishimura, vp original documentary and comedy programming at Netflix. Nishimura, 46, oversees a team of six L.A.-based scouts “who spend a lot of late nights out, night after night, hitting the pavement and out in the clubs,” she tells THR. “There’s no other way to do it.” Nishimura credits the global reach of the streamer with launching major new talents while building on the fan bases of more established ones. She likes to relay the story of the time Bill Burr called her with a question about Scandinavia. “He was like, ‘Well, I’ve never been there, but I’ve suddenly been booked there. So what’s the story?’ ” Nishimura recalls. “I started laughing because we had just been made available in Scandinavia.” 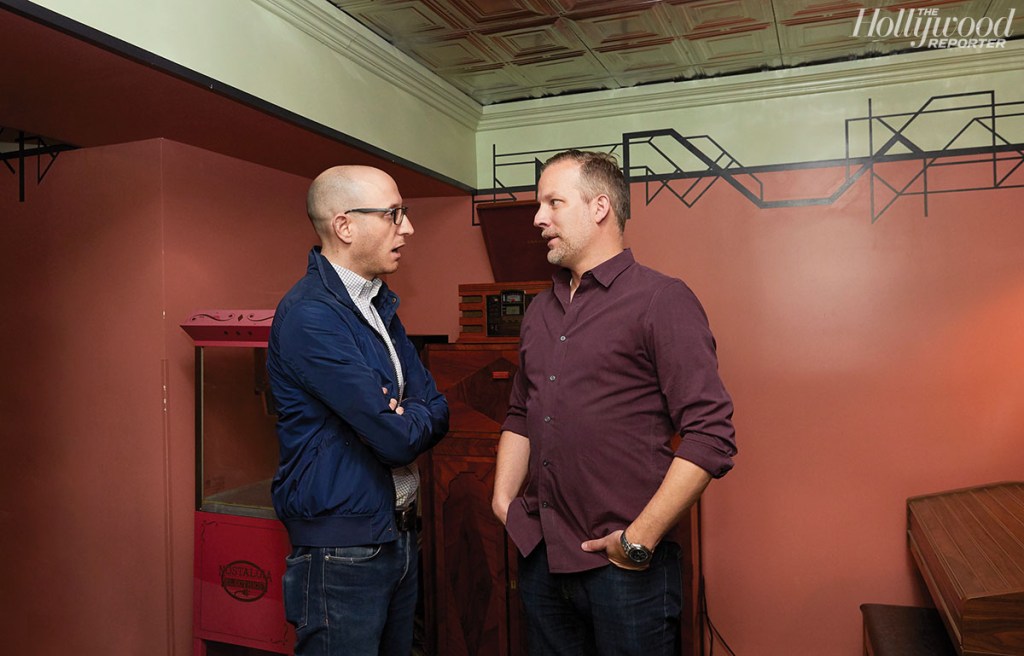 That kind of impact might explain why Netflix is wooing superstar comics with eight-figure deals, including Dave Chappelle (a reported $60 million), Louis C.K. ($26 million), Amy Schumer ($20 million) and Jim Gaffigan ($10 million). Those numbers have come down lately, but Nishimura says the cultural impact of a hit comedy special transcends the price tag. “When Chappelle does a comeback and releases his first special in 16 years, and 190 countries have it all at once, you have a cultural zeitgeist moment,” she says.

While Netflix is a major disrupter, it is far from the only player in town. According to Fidel Barajas, a 37-year-old development executive with Sacha Baron Cohen’s Four by Two Films, both HBO and Comedy Central specials still can be great launching pads for new talent — like Felipe Esparza and inmate turned comic Ali Siddiq, respectively. But a break can come from something as simple as a YouTube clip. “A lot of this ‘golden age’ comes from the fact that you can put your stuff up easily online,” says CAA comedy touring agent Matt Blake. “Things share virally. The more eyeballs see your content, the more you sell tickets.” And forget pennies for pageviews — live comedy pays. A newer comic on the national circuit can earn anywhere from $1,250 to $2,500 per week, according to one prominent touring agent; more established names can pull in anywhere from $10,000 to $100,000 in the same period. 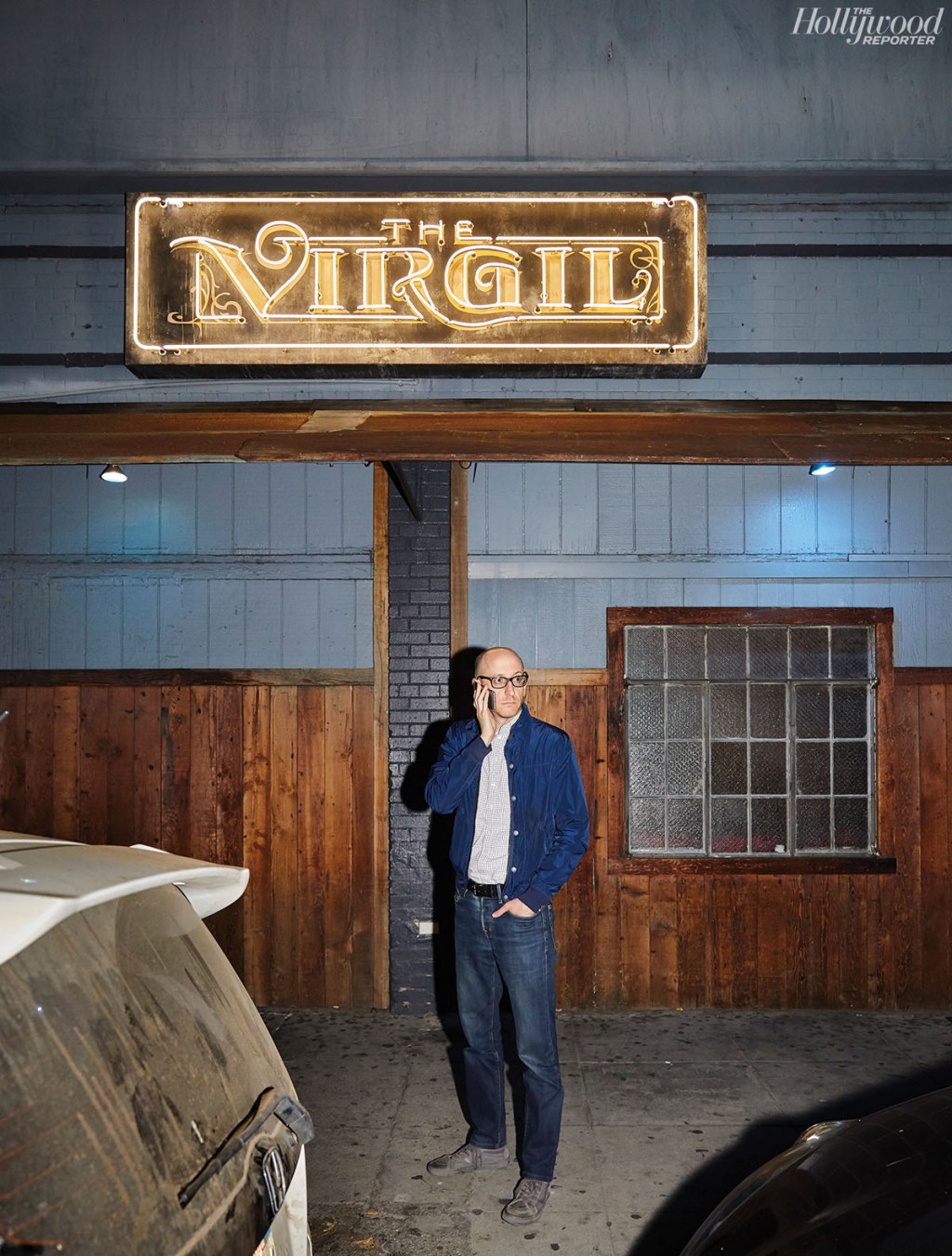 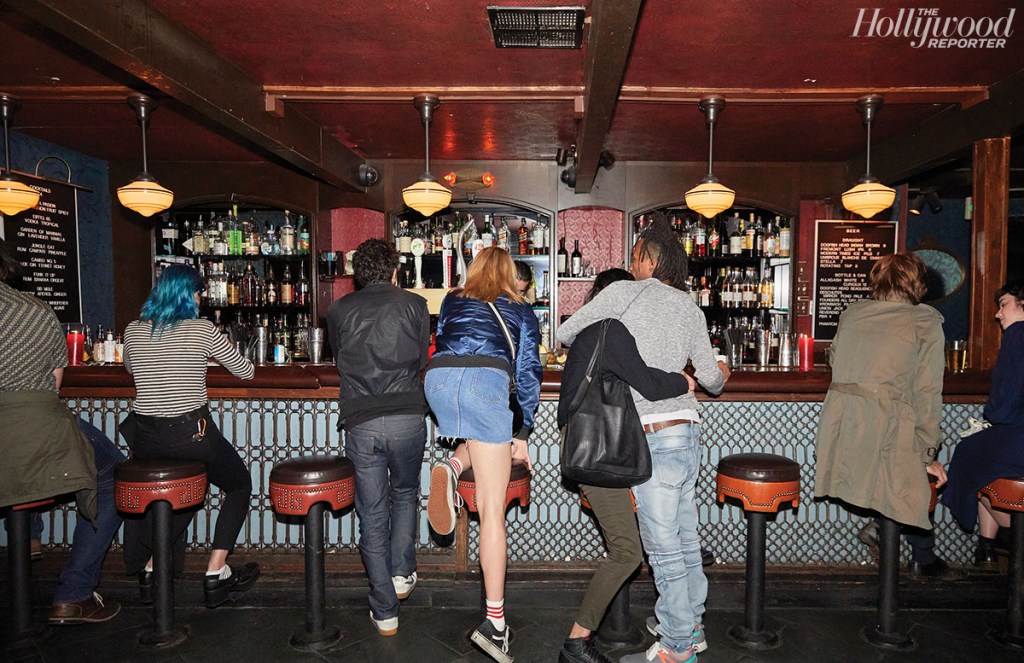 In an Uber ride from The Virgil to The Satellite — a landmark indie rock club in Silver Lake that’s booking more comedy acts these days — Skikne explains why L.A. has become the center of the comedy universe. “New York is still great, but L.A. has not just the clubs but dozens of off-the-beaten-path places to work out new material — backyards, laundromats, you name it,” he says. Case in point: Thune performs alongside the likes of Patton Oswalt and Maria Bamford at Best Fish Taco in Ensenada in Los Feliz. And the venues keep coming. “I went to buy a sausage near my house in Atwater Village recently,” says Thune. “And the guy said, ‘I just want you to know, we have an underground comedy show here if you ever want to do it.’ My wife was like, ‘That was weird.’ “ 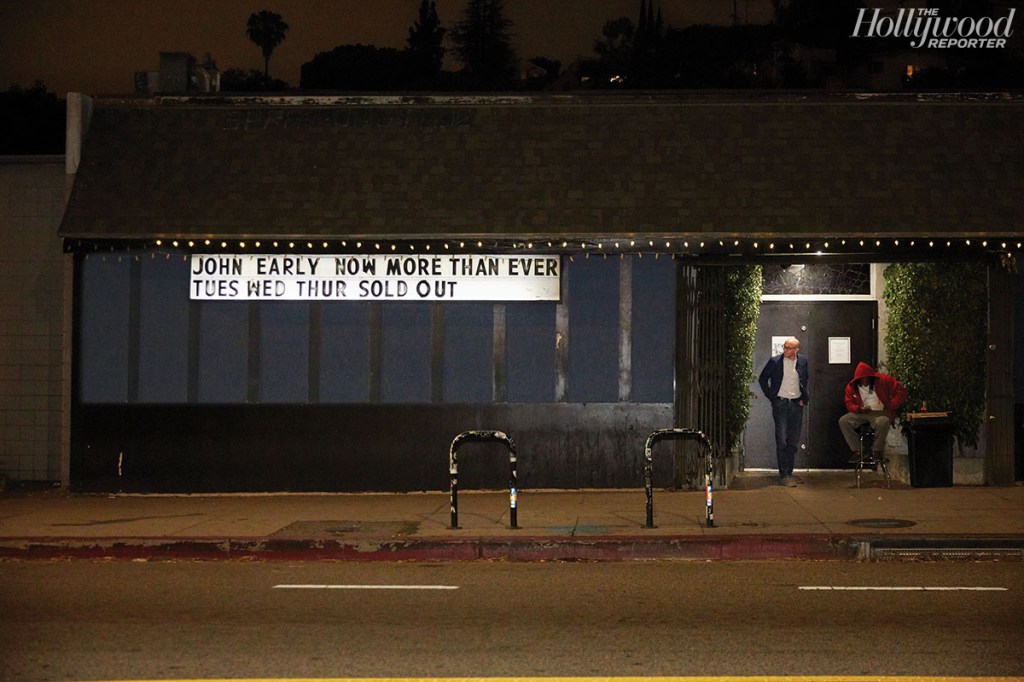 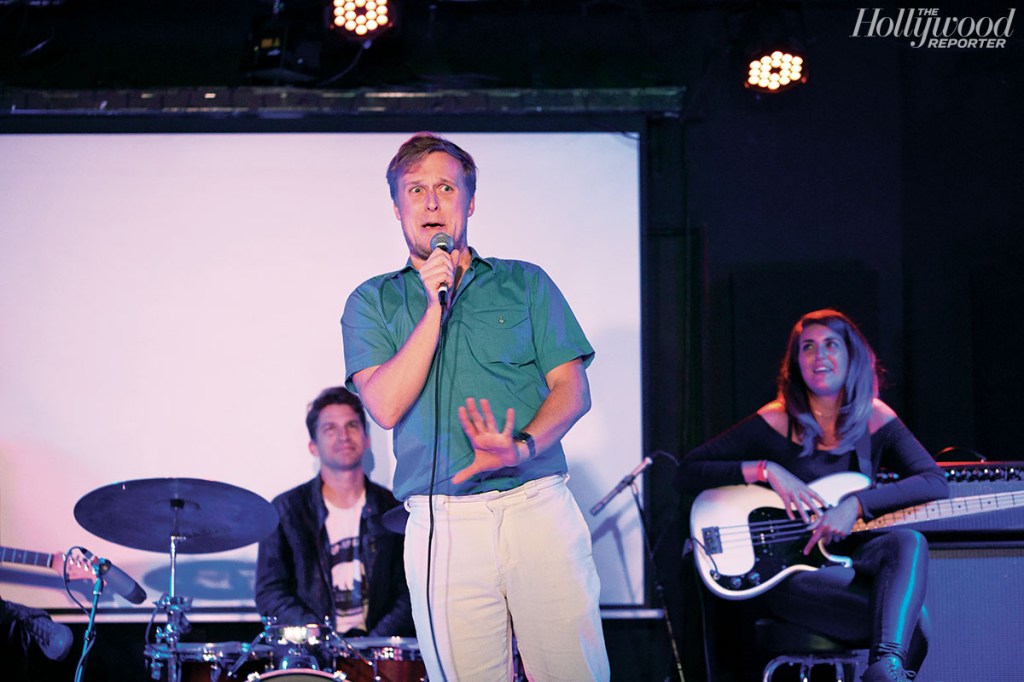 Skikne is a talent agent in the classic, almost vaudevillian sense, his job requiring him to familiarize himself with a wide array of venues around the country and world. “It helps a lot to put yourself in your clients’ shoes,” he explains. “A good agent needs to understand where to place his client, what to charge for tickets, how best to route them.” He’ll book his acts at traditional clubs in major cities on the weekends, then build a trail of music venues, theaters and colleges during the week. He also lends them an ear while they’re out on the lonely road. “They usually want to talk about the previous night’s show,” he says.

Inside The Satellite, John Early, 30, is stomping around the stage, doing a frenetic and very physical form of stand-up that invokes Robin Williams possessing Billy Eichner. He’s surrounded by six musicians — one of them is guitarist Amber Coffman of the indie band Dirty Projectors, a big fan — who lend occasional accompaniment when he breaks into a Britney Spears or Madonna song. 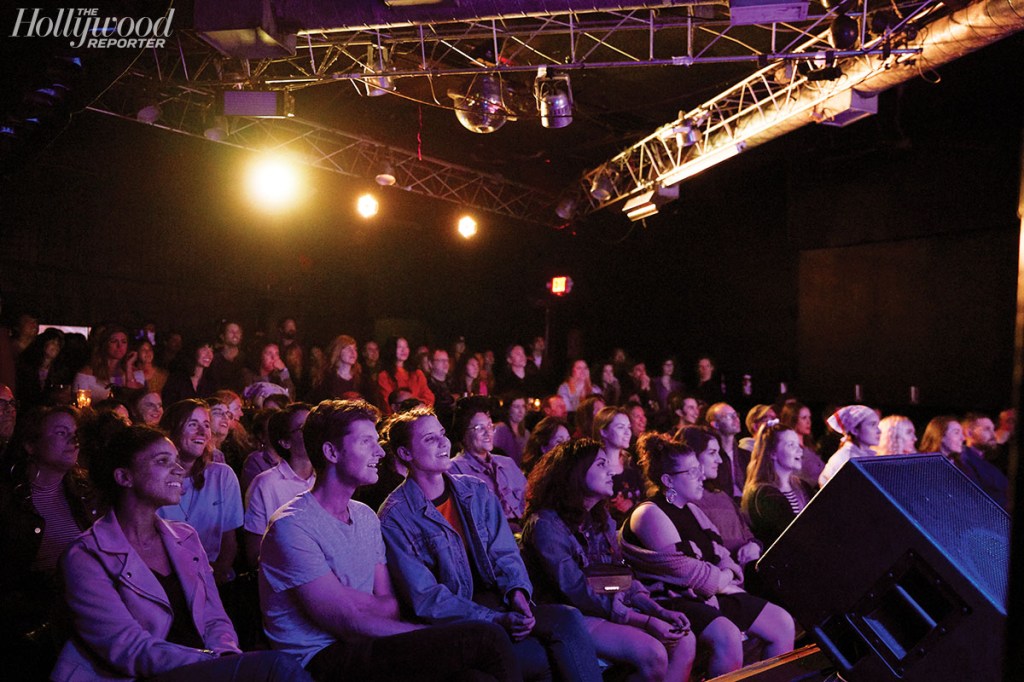 For the many agents, managers and network execs lurking in spots like The Satellite and Dynasty Typewriter, a talent like Early is exactly what they’re seeking — an appealing presence with a built-in fan base whom they can easily transfer to scripted projects (like TBS’ Search Party, on which Early plays a narcissistic gay crime-solver). “Stand-ups have the most compelling stories,” says Barajas. “You hear something onstage and say, ‘I can translate that to something in front of a camera.’ “

Across town on the Sunset Strip, the night draws to a close at the venerable Comedy Store. A group of junior agents occupy a banquette in back, taking in a parade of comedy lifers making the most of their allotted 15 minutes (SXSW booker Charlie Sotelo also is in the crowd). Over clinking glasses and a drunken din, insult comic Jeff Ross pays tribute to the club’s recently deceased founder, Mitzi Shore, with a loving jab (“She’s in a better place — the Laugh Factory”). He’s followed by Theo Von, 38, who tells stories about LSD trips in a thick Louisiana accent. At it for years, he recently was signed by CAA. “His podcast is really starting to take off,” notes Blake. “He’s got a great Instagram. When they start getting traction, it’s really fun to watch.” 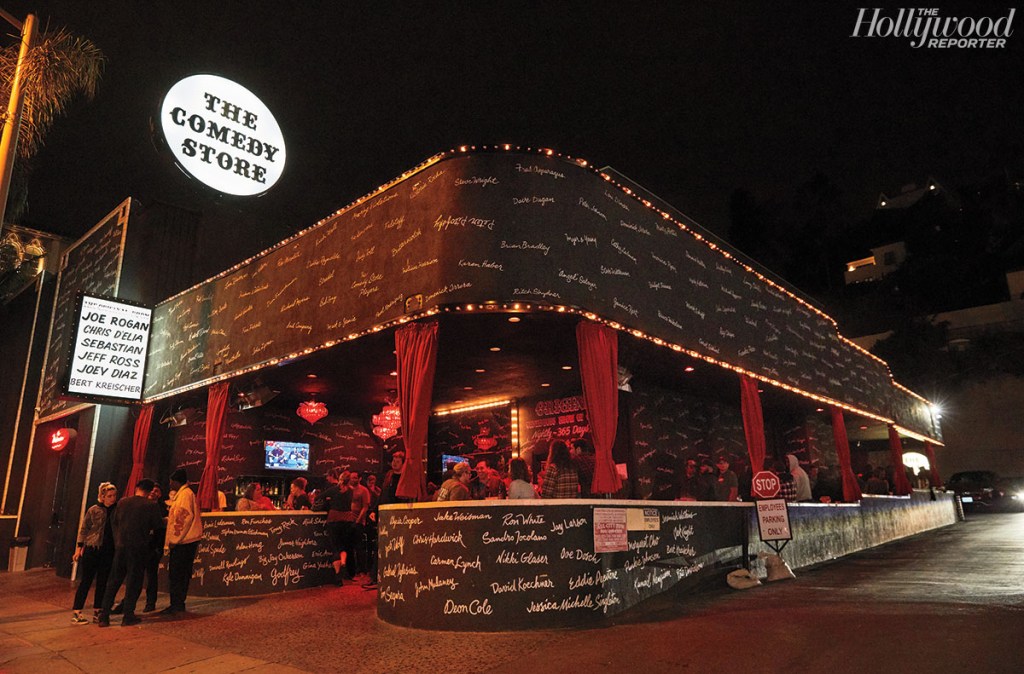 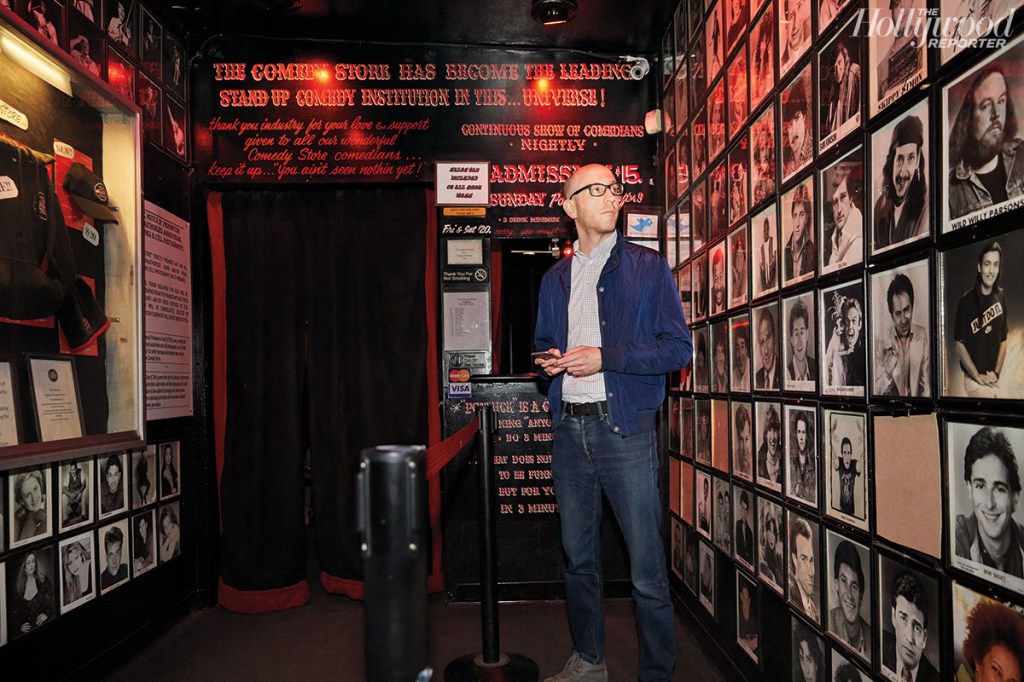 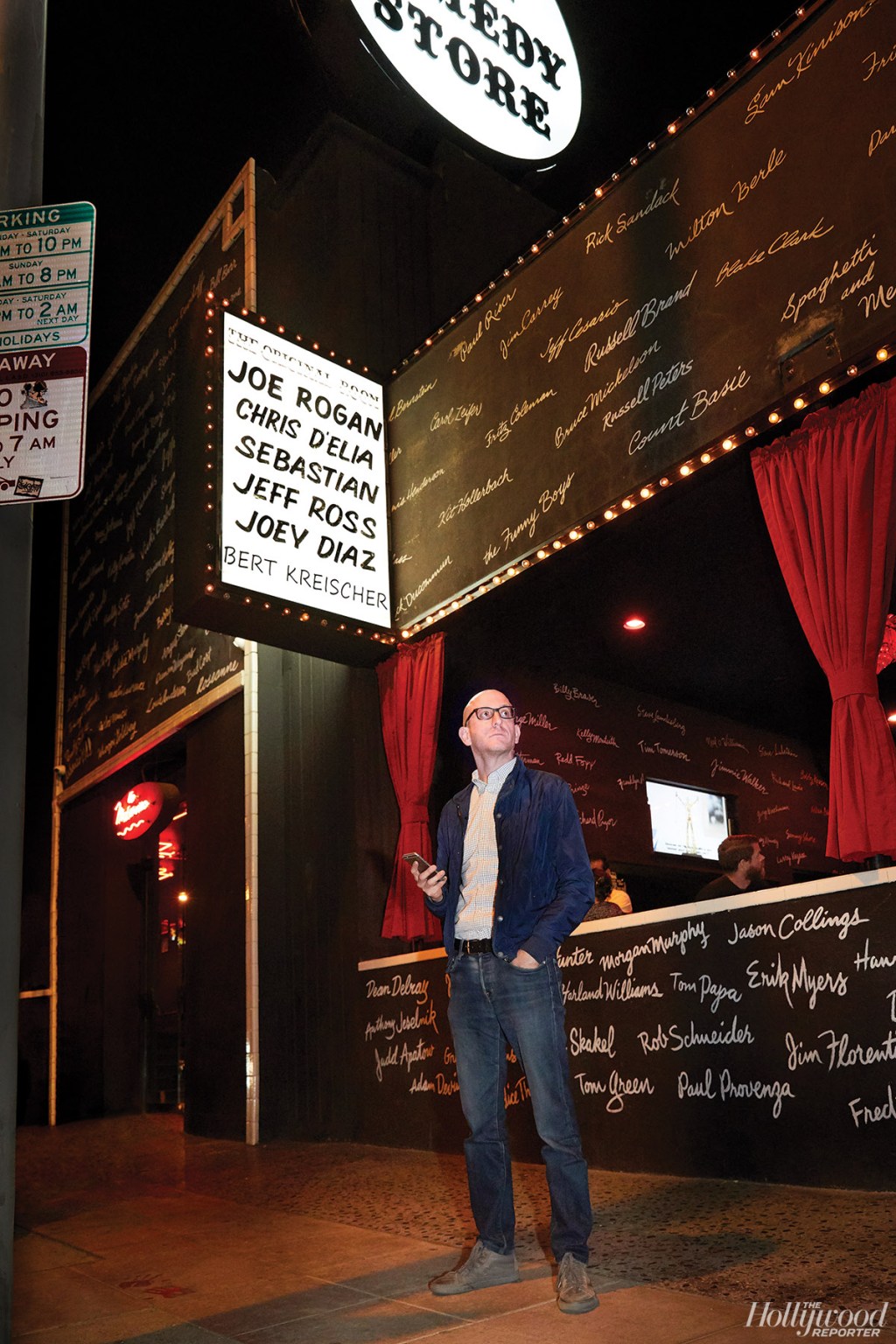 June 21, 11:00 a.m. Updated to clarify the range of weekly earnings for a newer comic on the national touring circuit.