Executive Coach Lacey Leone McLaughlin was advising a leader in the entertainment industry recently who had come up in the business working exhausting hours for relentless bosses. It had been an agonizing climb, and yet that leader was now replicating the experience, unhappily, with her own employees.

“I said, ‘Wouldn’t it be amazing if in 20 years your employees don’t look back and feel this way?'” McLaughlin says she told her client. “You have the opportunity to do it differently. Why should they have to experience the same thing you did?”

That question — “Can we do it better than our bosses did?” — is one many leaders in the media and entertainment industry are asking themselves lately. And sometimes their companies are asking it for them, enlisting management coaches to teach new leadership skills in environments where there have been employee complaints about bias or bullying, as on the CBS show All Rise, which faced a writers mutiny that ultimately led to the firing of creator Greg Spottiswood in March, and at Abigail Disney’s Level Forward, which saw an exodus of unhappy employees despite a corporate ethos of inclusion.

Report: 'To Kill a Mockingbird' Will Not Return to Broadway Due to Scott Rudin

How to be a better boss is a question that has come under new scrutiny in Hollywood thanks to some high-profile examples of spectacularly bad ones. There have been allegations of bullying and abuse against producer Scott Rudin, first published in THR in April, as well as workplace complaints from the sets of Ellen DeGeneres’ talk show and Joss Whedon’s production of Justice League. An industry that once romanticized behaviors like Rudin’s alleged flinging of objects at assistants is now coming to terms with the idea that such behavior is not now and never actually should have been acceptable.

“Bullies used to be OK in Hollywood,” says Carole Kirschner, who runs the WGA’s showrunner training program and is often charged with teaching writers who have never been managers how to run a writers room. “The sun is setting on them. It’s long overdue, and I don’t think we’re going to go backward.”

The ability of workers to call out their bosses, either on company review websites like Glassdoor or on social media, means that managers are more on their toes about their behavior.

“People are not willing to come up in the industry in the same way they did 25 years ago,” says McLaughlin, who was the director of consulting and executive education at the Center for Effective Organizations at USC’s Marshall School of Business. “The expectation of employees is completely different now.”

Differences in generational values have been shaping corporate environments for the past 15 or so years, since millennials began joining the workforce, but entertainment and media, a typically more insular industry community, has been slower to adapt, McLaughlin says. The fact that even entry-level entertainment jobs are highly coveted and competitive has contributed to a culture where abuse has been tolerated as part of paying one’s dues, though that is now changing. “People leave organizations now because of their bosses, not because of pay and compensation,” she says. 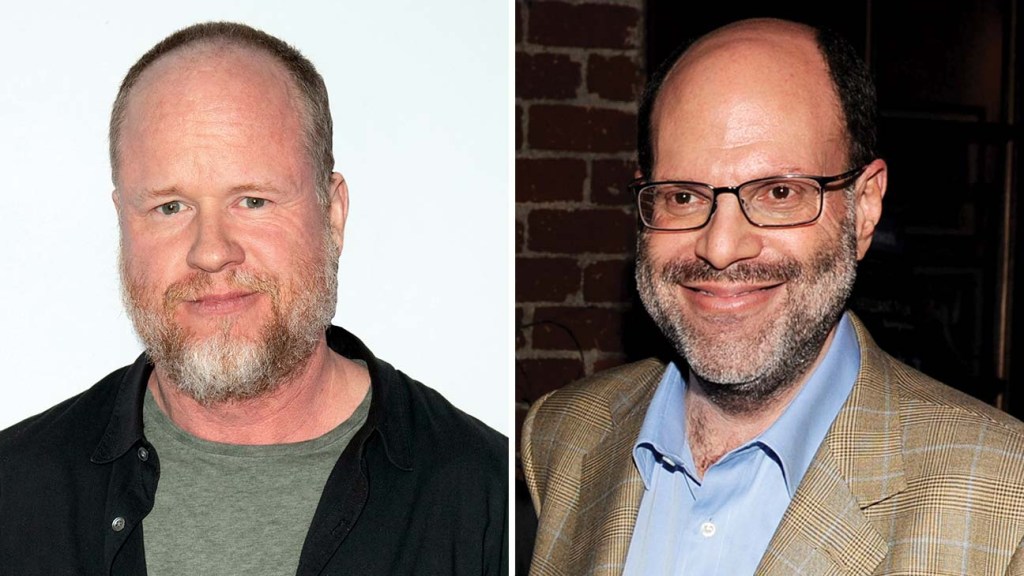 A study of 9,000 individuals in the British film and TV industry found that 84 percent of workers there had experienced or witnessed bullying or harassment; those who had experienced bullying were twice as likely to want to leave the industry and highly likely to have had mental health problems.

In the trickiest coaching situations, a studio or agency’s human resources department hires a coach to work with a reluctant leader. “Those guys don’t think they need coaches,” says Mike Bayer, a coach who started as a drug and alcohol counselor and works with many challenging industry personalities.

Bayer recently was sent to Rio de Janeiro to work with a client on a music tour who had stopped taking his medication. “I’ve pivoted away from working with the real narcissistic, stereotypical bosses,” Bayer says. “A person who is looking to save face is not really interested in changing. But the issue has gotten better because people have become afraid of being canceled or losing their careers.”

In 2021, business coaching will be an $11.6 billion industry, according to analysts IBISWorld, and it has grown about 1.2 percent a year since 2016. Executive coaches come from a variety of backgrounds — some spent decades as CEOs or CFOs themselves and now coach others in the industries where they used to work; others have worked for consulting companies. There’s a range of certification programs, but no one industry standard. Top-tier executive coaches tend to charge a flat rate for a period of engagement, with a range of $20,000 to $110,000 for a six-month duration.

Randy Spelling, a former actor and the son of late TV producer Aaron Spelling, became a coach 14 years ago and has worked with industry executives on skills like reading the room. “Some people are missing some of those empathy genes,” Spelling says. “We talk about body language, facial expressions, learning how to gauge what’s happening with other people.”

He also works with clients on being less reactive, on learning how to cultivate calm and composure, rather than instantly returning fire. “There’s more awareness of people knowing, ‘I have to watch myself,’ ” Spelling says. “You can’t get away with what you used to get away with.”

Most clients want to learn how to handle their employees and colleagues with more sensitivity and just need the skills, but for those inclined to roll their eyes at the prospect, Spelling reminds them of what they stand to lose. “Everyone has what matters most to them,” Spelling says. “If you continue to say this and do this and act this way, at some point you won’t get to do the work that you love. Do you want to trade places with Harvey Weinstein?”

Social movements like #MeToo and Black Lives Matter have motivated employees to speak up more at their workplaces about issues of gender and race, and there are signs that executives have absorbed lessons from watching the careers of some of their peers go up in smoke. Some are adding a third-party observer to many work conversations, whether it be on Zoom or in person, as a self-protective measure, Bayer says. “There’s a lot of ‘Cover your own ass so you don’t get falsely accused of something,’” he says.

And the once-common practice of older male executives hiring attractive young assistants is diminishing. “It used to be, I’d walk around the agencies and everyone would be incredibly good-looking,” Bayer says. “My sense is people are being hired more for their talent now, which is a good thing. It was ridiculous before.”

In some ways, the recent instability in Hollywood has helped disabuse bosses of notions of their own genius. “The uncertainty has mitigated some of the pompous, know-it-all attitude,” says Cynthia Oredugba, who in the 1970s was the first African American woman to join William Morris as an agent trainee, later launching her own agency and then her own coaching business specializing in female leaders. “Nobody knows it all now. The future is so unclear, everybody is crawling in the dark, trying to find the light. It’s not all about me and who I am and you sucking up to me. It’s about, how can we find a direction and a path to keep moving?”

Oredugba, who has been providing group coaching over Zoom for members of the organization Women in Animation, says more and more industry leaders are
becoming open to input from entry-level staffers, a wildly different phenomenon from the top-down culture that used to predominate in the entertainment business. “I am seeing that people are listening to resources that they would have ignored,” she says.

On the flip side from the arrogant bosses are the leaders new to top positions who are grappling with whether they really deserve them, a phenomenon multiple coaches say is more common among their female clients and clients of color. “One of my clients got a very impressive position and felt an impostor syndrome,” Oredugba says. “Quite honestly, the person was truly gifted. But it was her fear that she had bitten off more than she could chew. So we worked on that, and she ended up really catapulting.”

Oredugba guided her client on issues like delegating and self-care and asked leading questions like, “Are you spending too much time doing things that aren’t that important to your big picture?”

Because of the exploding volume of scripted television that Hollywood has produced the past decade, more and more writers are being elevated to the management position of showrunner with little experience, according to Kirschner. “They learned while coming up a certain way to lead,” she says. “If they have a predisposition to be an asshole and they see asshole behavior, they’ll mimic that. If they are a decent person, they look and say, ‘I’m never doing that.’ But they may not know what they actually should be doing.”

Kirschner coaches new showrunners to set the expectations for their writers rooms on day one. “You say what is acceptable and what is not,” Kirschner says. “In this room, we do this, and this is not tolerated. You don’t wait until a problem happens.”

As leaders climb in the entertainment and media industries, the circle of people they can confide in about their professional dilemmas shrinks, which is part of what sends them to executive coaches. “When you get to a certain position, you feel, ‘Who can I share some of these things with?’” Oredugba says. “It can be very lonely at the top.”

The difficulties of leading during the COVID-19 era had many executives leaning harder than ever on their coaches. “The last year has been the most challenging time professionally for leaders I’ve seen in my career,” says McLaughlin. “They’re dealing with layoffs, remote work and the impact of social movements. I have never seen so many career-defining moments as I did during the pandemic.”

One of her clients was managing a massive, COVID-related downturn in his business when the murder of George Floyd in May raised the already high stress and frustration levels of his employees. “He just listened to how people were feeling,” McLaughlin says. “It was a sign of openness, but what came from that was the actions the company took.”

Among other things, the executive pushed for his employees to be able to take more time off and reallocated part of the company’s budget to reflect the social values the employees expressed.

McLaughlin says that all her incoming coaching business used to come from human resources departments looking to bolster a company leader; over the past two years, however, about 40 percent of her business has come from individuals seeking ways to boost their own skills, many more of them women and people of color than she had worked with before.

“They’re putting a huge amount of pressure on themselves to do better and recognizing they need support sooner,” McLaughlin says. “Before, it was reactive. Now, there’s an expectation leaders are putting on themselves because of things they’re reading. People reach out to me and say, ‘I want to be part of the change the industry is requiring right now.’ That happens more often in media and entertainment. Rarely do I have a person in automotive reach out and say, ‘I want to make the automotive industry better.’ But [in media and entertainment], people are saying to me, ‘I want to leave the industry better than I found it.’”