Reality TV might be in a tough spot these days, but the same can’t be said for the man who helped invent it. From his home base in tiny Hilversum, Holland, Dutch billionaire John de Mol, 62, CEO of Talpa Media and creator of Big Brother, Fear Factor and The Voice, continues to show the world how to play the nonscripted game. After getting his start in media as a teenager, editing highlights of Dutch soccer matches for the national public broadcaster, de Mol founded Endemol in 1994. He sold his stake in 2005 to launch Talpa, which now has 180 formats on the air and estimates the worldwide audience for its shows at roughly 500 million. The Voice, which just picked up its fourth reality series Emmy in five years, is the last global unscripted hit left, with 65 local versions worldwide. De Mol recently secured full control, in a $280 million deal, of SBS Network Group, which operates four free-to-air channels in the Netherlands, giving Talpa a platform for new shows. His pact with British giant ITV, which bought Talpa for $530 million in 2015, could net the divorced father of one son up to $640 million more if he stays at the company through 2020 and hits growth targets. De Mol — whose estimated net worth is $1.62 billion — spoke with THR about keeping The Voice fresh, why Holland is a great testing ground and the importance of taking risks.

What are The Voice U.S.’ challenges going into the new season?

We won our fourth Emmy this year, and The Voice is still the most successful nonscripted show in the U.S. The objective is the same: We are always focused on keeping the show fresh, and we’ll be carefully adding some new elements to keep our audience engaged. But we are also careful to not damage the basis of the format. It’s an ongoing process in which we always need to ask ourselves, “Will this add to the format or put the format in danger?” I can’t tell you yet, but we’ve worked on something new in the auditions and the button will be a highlight of that new element.

What do you think about ABC’s plans to reboot American Idol?

I always say that there is room for multiple singing competitions, like there are a lot of game and reality shows that have lived next to each other for years. I personally think it will be a challenge to get Idol back to the success it once had. Idol is a strong brand in the U.S., but it’s also an older brand. You saw the ratings at Fox in the last seasons, and for the network, it was tough to keep the show financially healthy as these shows are expensive. But you never know. In Holland, the network tried a reboot of Idol, and it did fairly well for the first episodes, but ratings went down fast again after that, and eventually the reboot was not recommissioned. Let’s see what happens. 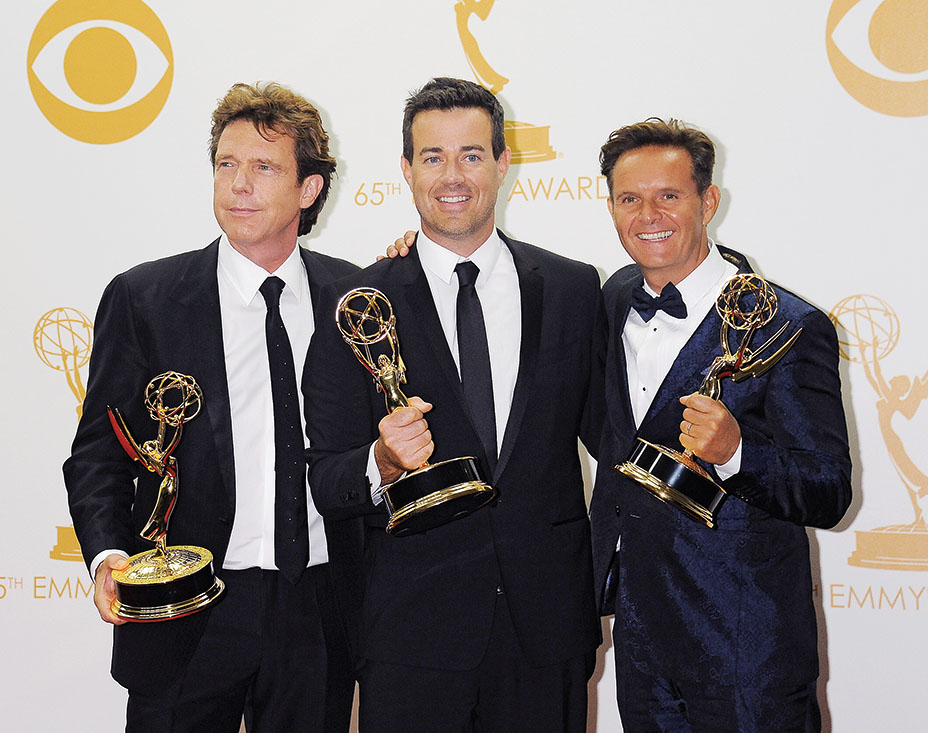 Was there a battle to secure Kelly Clarkson as a coach on The Voice? American Idol was rumored to be chasing her.

Kelly has been part of The Voice family as an adviser to the coaches in the battle rounds. We love her, and she is extremely funny and cares about the artists on the show and the process. We always wanted to have her in one of the red chairs, and this time we could make the dates work and got her on. I can’t wait to see Kelly and Blake [Shelton] in one season. For the first time, Blake will have some real country music competition. It’ll be interesting.

There hasn’t been a new “home run” in reality TV — a truly global hit — since The Voice launched in 2010. What do you attribute that to?

Creating a global hit these days is a bigger challenge than ever due to the decline in linear watching and the huge variety in watching content online anywhere and in any way. We should look at what defines a hit. There are so many options for people to watch specific content at different times that I feel the next-day ratings will never be what they were, so a ratings number to define “a hit” is much harder.

Finding the new hit is also a matter of trying out new shows and not being scared to fail. When I created Big Brother, every network rejected the show, and it was the same story for The Voice. I needed to financially invest and take a huge personal financial risk to get them on air. That is risky, but it seems to be what it takes to get that big hit show. You need to be willing to take a chance on a new format that is not more of the same, and when you believe in it, you need to keep going to get it on air.

I just got 100 percent ownership of the SBS Network Group in Holland, where we operate four linear networks. I have decided to give American producers, and other producers around the world, a chance at fast access to broadcast on my networks in Holland. I think some ideas in the U.S. don’t come to fruition because there is limited shelf space at the networks, or because the formats seem too risky for buyers. I am willing to take these risks, as they have paid off for me, so I am seeing if we can bring some of these great ideas from American producers and established production companies to my networks in Europe. We’ll help them get the next big thing on air. Holland has been the premiere territory for global hit shows such as Big Brother, Deal or No Deal, Fear Factor and The Voice as it’s proved itself to be a fantastic breeding ground for creativity.

Several Talpa shows such as I Love My Country do very well in Europe but haven’t cracked the U.S. What makes the U.S. market different from, say, Europe?

I always say, a great format works everywhere — look at The Voice and Big Brother. They literally run on every single network in the world and have been successful in both Europe and the U.S. I am mainly focused on developing these global hits, and if done right, they tend to work everywhere. In Europe, nonscripted is the bigger part of any network’s programming, so there is much more shelf space and more room to experiment. Some formats that are considered primetime in Europe are considered “too soft” for American primetime. However, you slowly see the landscape changing, and I hope some nonlinear players and also networks will start experimenting with these kinds of shows that run well in Europe but haven’t had that same success in the U.S. — yet. I think with big names now wanting to host primetime nonscripted shows, like Steve Harvey and Ellen DeGeneres, we are closer to making these kinds of European hit shows work in the U.S. They need big talent to work, and I feel the time is now to try them out. A show like I Love My Country has traveled the world and has seen similar success to The Voice, just not in the U.S. yet. 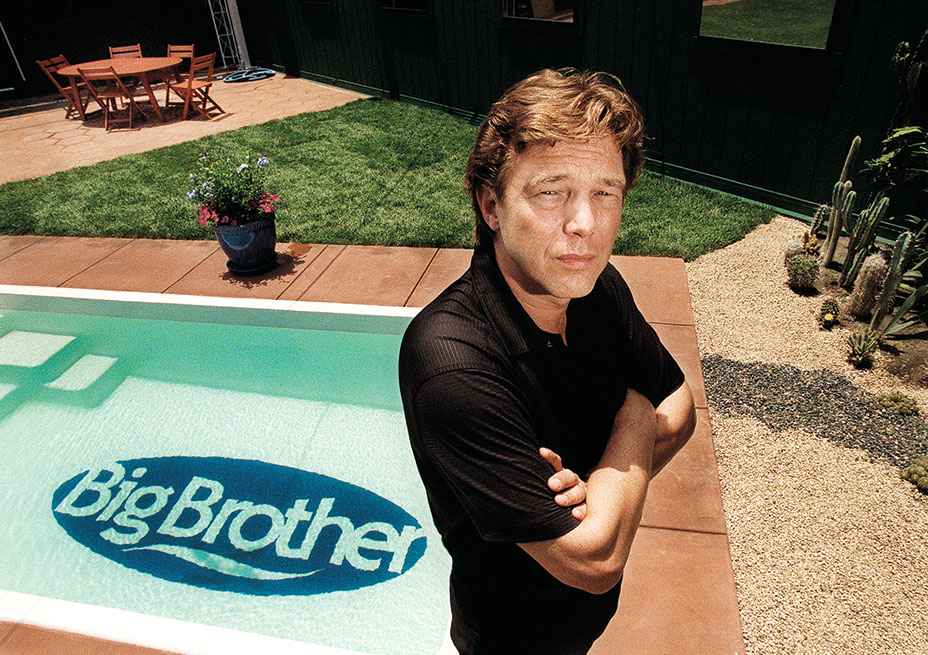 What shows do you have in development now? Where do you see the new trends?

I always focus on heavily formatted concepts. Over the years, the biggest successes have been social experiments, game shows, dating shows, dance and music competitions, and weight-loss shows. With my team, I am working day and night to come up with the next big thing in these areas. When I created The Voice, everyone said, “You’re crazy. There is no room for a new singing competition.” We proved our critics wrong. And I know I will do that again in one of these spaces. It’s just a matter of time. I have been fortunate to create four of the top 10 nonscripted shows in the world with Big Brother, Fear Factor, The Voice and Deal or No Deal, and I am determined to add at least one, preferably two, to that list of global hits. I’m still hungry — I want that fifth Emmy for The Voice, I want my first Emmy for another show, and I want to create a new format that everyone stays home to watch. … For sure the next big thing will not look like the last big thing: It has to be original and it has to rise above anything else that has been done. Something that you simply cannot miss because everyone will talk about it the next day. And this involves taking risks, which is something not all broad­casters are prepared to do but is something crucial.

When we last spoke two years ago, you correctly predicted that streamers like Netflix and Amazon Prime would begin investing in nonscripted programming. What’s your opinion on the streamers’ business model — which tends to be a buy-out model with no future upside for producers?

A global hit show on linear television is still the most lucrative option in terms of financial revenue in the long term. I think the business model of nonlinear is still in an ongoing development phase; we’ll see where it ends up. For the nonlinear platforms, I feel it would be great to do a main show that’s English language and have spinoff versions that are local and have a local language, host and contestants. I think that will become very interesting for the platform — as I feel it would add subscriptions — and it will be interesting for us as producers in terms of financial upside. In general, there have never been this many outlets that need clever content, so as a producer of formatted content, it’s a great period to be developing formats and producing shows.