On Jan. 27, actress Ashley Jackson felt the first symptoms of a nasty bug — fever, clammy skin, fatigue and shortness of breath. Given her current locale — Park City — she chalked it up to altitude sickness and toughed out her final day at the Sundance Film Festival, where she had attended the world premiere of Blast Beat, a family drama in which she co-stars, as well as a dizzying array of parties and lounges. The next day, the 20-year-old college student flew home to Atlanta, just as more intense symptoms began to emerge, including sore throat, aches and pains and a cough so violent, her neck swelled. Within 24 hours, she made her first of multiple visits to an urgent care facility or emergency room and was diagnosed with the flu based on her condition (though no flu test was given at the time).

Like many who make the annual trek to the indie film mecca, Jackson left Sundance far worse off than when she entered. After all, the quaint mountain oasis transforms into a petri dish as some 120,000 festivalgoers from around the world huddle in crowded movie theaters during cold and flu season. In recent years, the festival’s organizers have placed an emphasis on attracting international filmmakers, and this year was no exception, with a lineup of 118 feature-length films representing 27 countries.

Industryites long have dubbed any illness caught while visiting the 10-day festival as “the Sundance flu,” a byproduct of frigid temperatures, late-night partying and all that handshaking, in which everyone becomes an unknowing vector for spreading germs. But there was something different about Sundance 2020. A swath of attendees, including festival regulars and at least one high-profile actor, became sicker than ever before, leading some to later believe they had early, undocumented cases of COVID-19. 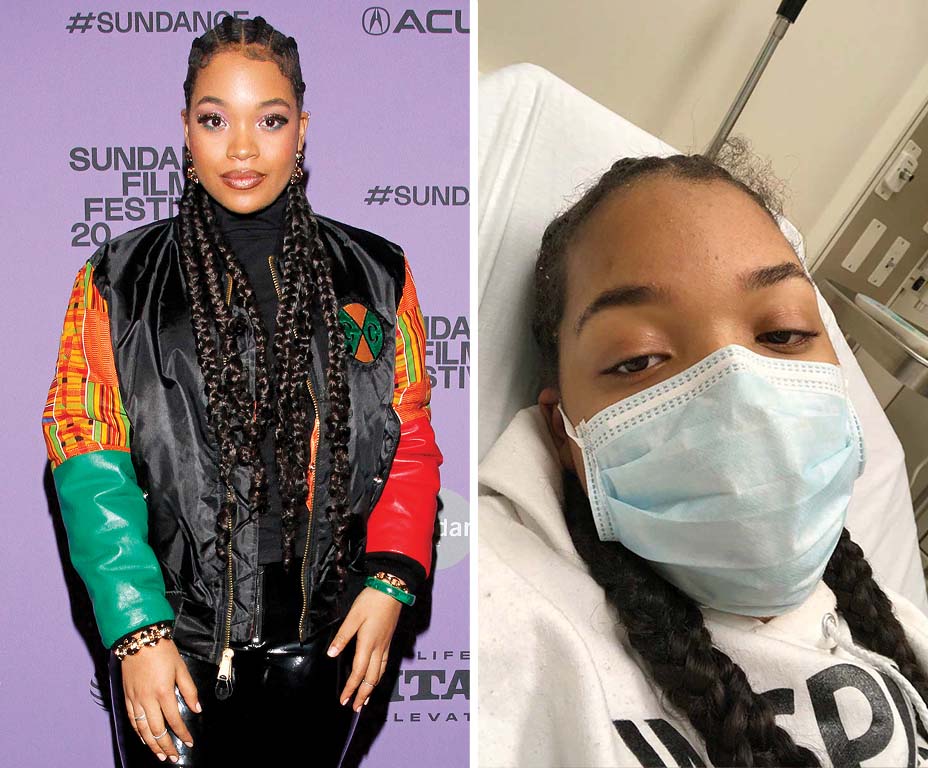 “I started texting other people who had been at Sundance, and one said, ‘Yo, we just started calling it the Sundance Plague on social media,’ ” says Jackson. “We all had the same symptoms, all had the cough, all had trouble breathing at night. Some of us got humidifiers and some got oxygen. And we were all just miserable for three to four weeks. And then out of nowhere, we’re back living in society like nothing is wrong. And then I see all these coronavirus stories, and I was like, ‘Whoa.'”

According to the Centers for Disease Control and Prevention, the first U.S. case of COVID-19, the disease caused by the novel coronavirus, was confirmed Jan. 21 — a Washington state man who recently had returned from Wuhan, China, where the highly communicable virus is believed to have originated. At the time, the CDC had just announced that airports would conduct health screenings for passengers traveling from Wuhan to Los Angeles, San Francisco and New York, but Salt Lake City — the main travel hub for Sundance attendees — was not included.

Two days after Patient Zero was identified in Washington, the festival kicked off. Few if any in Park City were thinking of the coronavirus. The Hollywood Reporter spoke with more than a dozen people with similar stories. Some asked to remain anonymous, including one writer and three of his friends who “all got the same mysterious sickness — a little different for each of us — but always quite intense.”

Nearly all knew of others whose cases were comparable to theirs. One actor best known for his role in a major studio tentpole was “gravely ill,” and members of his team also succumbed (he declined to speak on the record). The Black List founder Franklin Leonard, who is a Sundance regular, says he began feeling sick on Tuesday, Jan. 28 — the day he flew from Salt Lake City back to Los Angeles. “Landed with a sore throat, and by Wednesday I was barely functional,” he says. “[I] was as sick as I’ve ever been for two weeks. Only really felt 100 percent by the weekend of the Oscars.” He knew of at least two people who left the festival early because they were sick, including a lawyer. 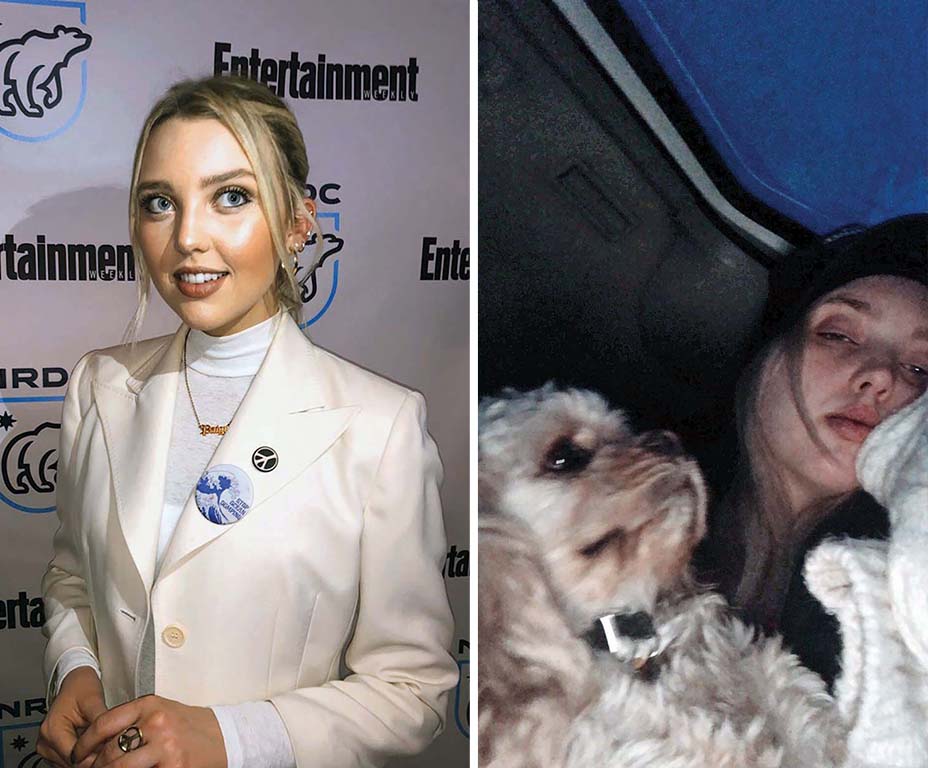 “At this point, corona was kind of this internet meme,” says actress Paige McGarvin, 23, who also was struck by a mystery illness on the ground in Sundance. “I didn’t think it was a real threat that was anywhere near me.” McGarvin arrived in Park City on Jan. 23 for the world premiere of the Alec Baldwin-produced drama Beast Beast, in which she plays the role of a Georgia teenager. Over the course of her eight-day stay, she hit several packed parties and began to feel “that vague ‘I’m getting sick’ feeling” but decided to power through. On Feb. 1, the morning she headed back to Los Angeles by car, she woke up “feeling like I got hit by a truck.” She couldn’t move and could barely speak.

“I was driving back with three friends, and we were going to split the drive into four pieces and each drive two and a half hours. And me and another girl that I was with, we just laid in the back seat in so much pain,” she recalls. “I have never felt more miserable. I couldn’t open my eyes. I put something over my face, and I couldn’t even sleep. My body just hurt.”

Over the following days, her condition worsened. On Feb. 4, McGarvin texted her mother: “I can barely breathe when I cough; it’s like I can’t stop coughing enough to inhale.” At her mother’s urging, she went to the doctor and was diagnosed with “flu-like symptoms and exacerbated asthma.” The doctor prescribed a steroid and assured her that she was “through the worst of it” and her symptoms would subside in the next day or two. Although the severe, dry cough continued, by Feb. 12 she felt like she was returning to normal. But five days later, her condition took a dramatic turn for the worse. “My legs were unbearably achy. I was in so much pain. Extreme temperature fluctuation, was wearing two hoodies and still freezing, then would start sweating a few hours later,” she says. McGarvin returned to the doctor, who was mystified by the fact that she was heading into her third week of flu-like symptoms, which typically subside within five days. She underwent a battery of tests and came back negative for the flu and strep. Her chest X-ray was clean.

“The doctor basically was like, ‘OK, I’m guessing you’re developing pneumonia.’ He didn’t see pneumonia, but he didn’t know what else it would be,” she explains. Then, on Feb. 21, more than three weeks after her symptoms’ onset, they disappeared just as suddenly as they had materialized.

McGarvin’s trajectory mirrored that of Jackson, who kept detailed notes from her six visits to doctors, including two emergency room stays at Piedmont Atlanta Hospital. The actress shared with THR her medical records, which later ruled out flu as well as strep and pneumonia via lab results and chest X-rays. Other tests were inconclusive, like a Feb. 3 CT scan that showed “enlargement of the bilateral adenoids and palatine tonsils most likely representing tonsillitis.” Jackson also developed symptoms that are uniquely linked to coronavirus, including conjunctivitis. By Feb. 12, she returned to class. “I wasn’t completely healed but needed to start catching up and felt well enough to attend,” she says.

But as COVID-19 news coverage began to dominate headlines throughout the month of March, Jackson became increasingly convinced that the parallels with her condition were impossible to ignore. On April 1, she called Spelman College Heath Center to inquire about the coronavirus possibility. She was told there was a “high likelihood” she had had it and “if you had these symptoms now, I’d say isolate or get tested.” 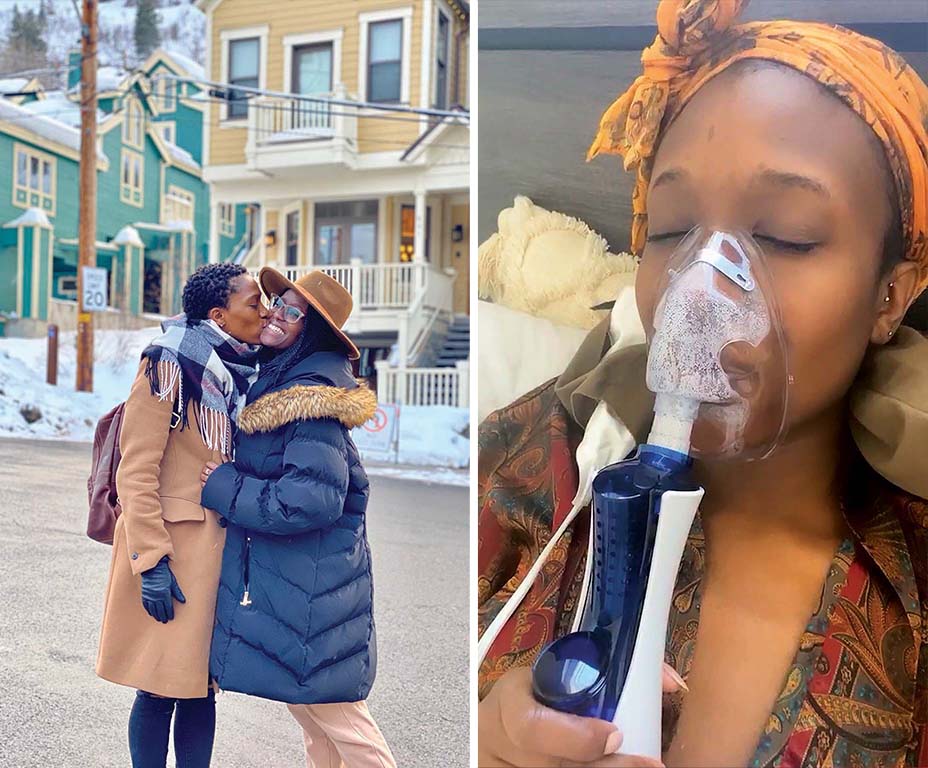 As the Sundance sick began to reach out to friends, a picture of a sprawling web of illness began to emerge. Olivia Charmaine Morris, 28, senior director of development and production at Kerry Washington’s Simpson Street, explains: “I had a few different friends I talked to since who were like, ‘I got sick, my lawyer, my assistant, my stylist,’ ” she says. “Like whole groups of people getting sick, not just like random people here and there. Anecdotally, I know seven or eight people that had the same symptoms, and they all know three to seven more people.”

Like Leonard, she flew from Salt Lake City back to Los Angeles on Jan. 28 and felt the first symptoms upon arrival. Over the course of weeks and multiple doctor visits, she was tested for the flu and strep and received a chest X-ray. “Everything came back negative,” she recalls. “And I was given three different rounds of antibiotics. I ended up going to a private doctor and getting an IV drip with an immune booster. The most startling thing about this type of sickness over anything that I’ve ever had before was that truly nothing was mitigating the symptoms. I have had the flu before, I have had bronchitis. Nothing came close to this.”

But if coronavirus was lurking at the festival, presumably locals — from restaurant workers to Uber drivers — also would have been hit. A spokesperson for the Park City Medical Center declined to comment on whether the facility experienced an uptick in patients during and in the direct aftermath of the festival and referred THR to the Summit County Health Department. But according to the health department, the first official case of COVID-19 in the county was documented March 10. As of April 2, the Utah Department of Health stopped reporting visitor cases in the state. A spokesperson for the Sundance festival said: “We’re sorry to hear that any of our festival attendees were unwell either during or after our January edition. We are not aware of any confirmed festival-connected cases of COVID-19.”

Dean Hart, a microbiologist and expert in virus transmission, says there’s a good chance coronavirus did, indeed, sweep through Park City during the run of the festival given that the Wuhan lockdown began Jan. 23, the same day Sundance started. “Logic dictates that they most probably did have it,” says Hart of the presentation of symptoms. “With Sundance, you’ve got the perfect formula for this virus to really go to town and contaminate everybody.”

It may take months before the mystery of Sundance 2020 is unraveled. Antibody tests are not yet readily available. Further confusing matters, the country was in the midst of a particularly bad flu season. And during the fall of 2019, the CDC began investigating a mystery vaping illness, whose symptoms were nearly identical to COVID-19, with many of those hit experiencing fevers and shortness of breath, suffering respiratory failure and being put on ventilators. Furthermore, mounting evidence suggests that coronavirus hit the U.S. well before the Washington state case, which deviates from the initial understanding of its path. The Santa Clara County medical examiner recently announced that two residents who died in early to mid-February were infected with COVID-19, according to postmortem testing. That could mean the virus was silently spreading in California before mid-January.

None of the people THR talked to has yet to receive an antibody test. But all plan to get one as soon as a reliable test is available and will continue to practice social distancing. The experience has left several wondering whether Sundance 2020 was a previously unknown incubator for the virus.

“All those people that were in Park City, we all flew in and went somewhere else. And even a lot of the Uber or Lyft drivers were just in town for the festival, so they weren’t all necessarily even from the area,” says Morris, “We really could have been the first petri dish, and then we all just scattered.”