If Jack Bauer thought he had bad days dealing with ticking time bombs in the past, he should compare notes with the surviving Skaikru — assuming they survive what’s coming next.

With its upcoming season four finale, The CW’s The 100 will channel its inner 24 with a race against the clock. All season long, the clock has been ticking down toward catastrophe, even dating as far back as the season three finale, when the artificial intelligence called A.L.I.E. (Erica Cerra) warned Clarke Griffin (Eliza Taylor) that a radioactive firestorm, also known as “the Death Wave,” was working its way around the globe, only mere months away from scorching Clarke and everyone she’s ever cared about.

Wednesday’s season finale, called “Praimfaya” based on the Trigedasleng term for the Wave, sees Clarke and her allies confronting the reality of the imminent nuclear disaster. According to showrunner Jason Rothenberg, no punches will be pulled, no tricks will be deployed: The Death Wave is coming, and the time for Clarke and the others to escape its path is quickly running out.

“The whole season has been ticking down, literally, to this story,” Rothenberg tells The Hollywood Reporter about what to expect in the finale. “What we always try to do on this show is build toward an epic finale, and in this season’s finale, things almost unfold in real time. That clock started ticking in the premiere, and the clock ticks down to zero during this episode.”

Of course, plans for survival are currently in place, as newly minted Commander Octavia Blake (Marie Avgeropoulos) and a little more than a thousand others are seeking shelter in the Second Dawn Bunker, prepared to live a subterranean lifestyle for as long as they must. Meanwhile, Octavia’s brother Bellamy (Bob Morley), along with Clarke and several other main characters, are working on a last-ditch effort to escape Earth and return to the Ark, the space station they called home many years ago.

“Whether or not our characters make it to space … that’s obviously been set up at the end of the previous episode, and so we know that’s what they’re trying to accomplish,” says Rothenberg. “And in a very different and cool way, that’s what this story is: It’s a real-time question of can they get off the planet before the Death Wave hits.” 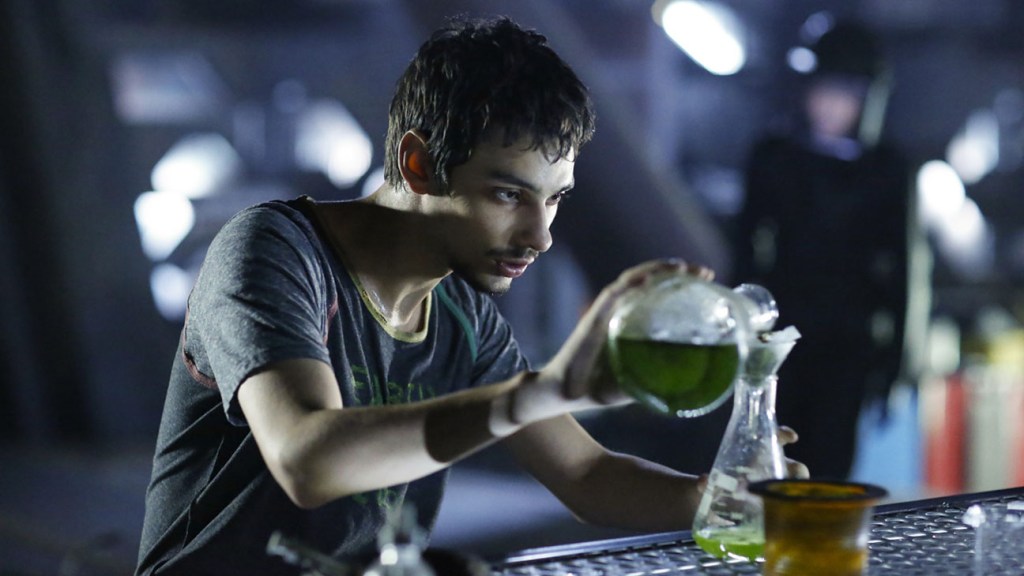 In what’s become a brutal tradition, every season finale of The 100 has forced Clarke to make a drastic decision that comes at great personal cost: whether that’s incinerating the Grounders in season one, ordering the mass execution of the Mount Weather denizens in season two, or forcing humanity to confront the Death Wave rather than eternal life in the peaceful but ultimately false virtual reality known as the City of Light in season three. Rothenberg teases that the tradition remains alive and well in season four, albeit in a different form than usual.

“In this episode, Clarke is once again forced to have to make an extremely sacrificial choice,” he says. “In the past, she’s had to sacrifice hundreds of lives at times. This is a little bit more personal than that, though I don’t think it’s any less impactful on her. It will certainly shape her in ways we have not seen before in season five — if she survives it.”

Indeed, it’s very much up in the air whether Clarke and her allies will survive until season five, especially given the violent stakes the season recently established with the death of a fan-favorite figure: Jasper (Devon Bostick), who committed suicide this season after sustaining multiple tragedies over the past few years. Before taking his own life, Jasper found some joy again in the face of the Death Wave, and ultimately chose to end things on his own terms. Rothenberg defends the decision to have Jasper kill himself, saying that the show was up front with the direction of the story several episodes in advance.

“When I committed to this notion that Jasper was going to kill himself, it was because when the news of the Death Wave broke to everybody, I wanted there to be a spectrum of reactions,” says the showrunner. “Not everybody reacts the same way to getting a terminal diagnosis, essentially. It was a way to play Jasper as a person who had been broken already by the tragic events that he’s been a part of for the past six or eight months he’s lived on the ground over a couple of seasons. He was already ready to [commit suicide], and when he found out he didn’t have to do it anymore [because of the Death Wave’s imminent arrival], there was a weight lifted off of his shoulders. Ironically, it was a fun energy to be able to play with creatively, because here in the face of death, he was suddenly so alive. It became almost full circle in a sense.”

“He made no bones about it,” Rothenberg continues about Jasper’s choice. “He didn’t try to hide it. It wasn’t a twist. It wasn’t a surprise. It was just following through on the story as it was unfolding.”

In that regard, perhaps it’s wise to take Jasper’s death as a warning of the violent reality heading toward the world of The 100 in this week’s season finale. As Rothenberg explains it: “When we say we’re going to do something — when we promise a story — we usually deliver on it.”

'The 100' Renewed for Fifth Season at The CW

The 100 airs its fourth season finale Wednesday on The CW. Let us know your predictions for how season four will wrap in the comments below.