[This story contains major spoilers from the entire third season of Netflix’s 13 Reasons Why.]

The new season of 13 Reasons Why set up the final run of the Netflix series.

After pivoting to reset the controversial high school drama around a whodunit murder mystery, the third season opened with the death of convicted rapist Bryce Walker (Justin Prentice) and spent 13 episodes questioning nearly every character who has appeared on 13 Reasons Why in a major way.

The season finale provided a three-part answer to the central question of who killed Bryce when it was revealed that Zach Dempsey (Ross Butler) beat Bryce and left him for dead on a boating dock, but that it was Alex Standall (Miles Heizer) who threw him into the water, where he ultimately drowned, after Bryce threatened the nearby Jessica Davis (Alisha Boe). Alex and Jessica came clean to the core group and they crafted a web of lies to point their collective finger at Montgomery de la Cruz (Timothy Granaderos). The closeted football player actually has an alibi for the night that Bryce died, but he was killed while in jail and awaiting sentencing for the sexual assault of Tyler Down (Devin Druid). Though the main mystery was solved with the dead burying the dead, things seem poised to unravel when the show returns.

Below, The Hollywood Reporter rounds up the biggest burning questions heading into the fourth and final season of 13 Reasons Why.

Why Wrap the Series?

Originally developed as a one-off limited series, the Paramount Television show from showrunner Brian Yorkey was renewed for a surprise second season after a celebrated run. The series received rave reviews out of the gate, but also courted controversy over the graphic depiction of protagonist Hannah Baker’s (Katherine Langford) suicide, among other serious issues tackled in the young adult drama. (More than two years after sparking an ongoing conversation about teen mental health and depression, the 13 Reasons Why team decided to edit out the suicide from the series. The episodes now also contain cast PSAs and prompts to a resource website.) The first season used up all of Jay Asher’s book material and the subsequent seasons have not matched the critical or audience praise of the show’s debut. The third season, which is also the first without star Langford, forges ahead well beyond the source material that defined the series to tackle a range of hot-button social issues. The cast, now led by star Dylan Minnette, all inked rich new deals for season three that also had an option for a fourth cycle.

Where Will Season 4 Pick Up?

Netflix renewed 13 Reasons Why for a fourth and final season ahead of the third season’s Aug. 23 debut. Though there is no premiere date or episode count, Yorkey and his writers are already at work on wrapping up the series. The final season will pick up shortly after the events of the third, since the synopsis reveals that season four will feature the core cast’s graduation from Liberty High.

The third season served as an exploration into the complicated life and actions of Bryce, who has been revealed to be a serial sexual assaulter over the course of the seasons. After being outed to the group as the high schooler who raped Hannah before her suicide, the Liberty High characters have long hoped to seek justice for their friend’s tragic ending. After the second season’s trial delivered a mere slap-on-the-wrist punishment, the group indeed took justice into their own hands by killing Bryce in the third season, and Prentice believes the finale wraps the story on his character — though he doesn’t rule out a flashback return. Bryce confessed to raping 10 girls including Hannah, Jess and ex-girlfriend Chloe Rice (Anne Winters) before his death.

“I feel like we have put a nice bow on Bryce,” Prentice told THR when speaking about the season. “Artistically as an actor, we played with the villain-esque side of him early on in the first couple of seasons and in season three we get to dive deeper and make him more human. I feel like we put it all out there and we didn’t leave anything behind…. I don’t know in what capacity I’ll be in season four or if I will be in it. I hope so. I’d love to keep working with these wonderful people. All of the other seasons we’ve had flashbacks, so there could be the possibility.”

Will Zach, Jessica and Alex Get Away With What They’ve Done?

Zach already confessed to Alex’s father, Deputy Standall (Mark Pellegrino), about beating up Bryce and leaving him stranded on the dock, and still no punishment was handed down to the football star. The finale saw Deputy Standall figuring out the truth and covering up for his son, seemingly leaving Zach, who was seeking revenge on Bryce for destroying his football career, in the clear. Though, if the truth comes out, Zach could be punished for being an accessory to murder — as could the entire group (more on that below). The two characters who have much more to fear are Alex, who physically pushed Bryce to his death, and Jessica, who witnessed Bryce drown. The finale saw Alex asking Jess how they can live with their now-shared trauma, and her answer was a nod back to Hannah in season one: “We’re survivors, you and me. FML forever?” 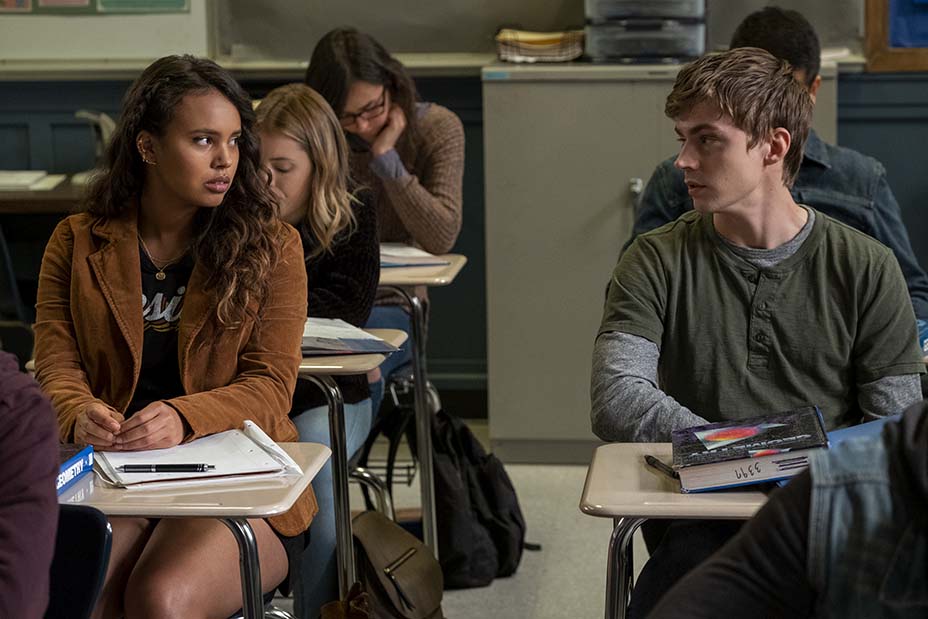 Can They All Get Away With It?

The characters who know the truth about who killed Bryce (in addition to Zach, Alex and Jessica) are Clay Jensen (Minette), Justin Foley (Brandon Flynn), Tony Padilla (Christian Navarro) and boyfriend Caleb (R.J. Brown), Tyler, new athlete Charlie Saint (Tyler Barnhardt), and new character and narrator Ani Achola (Grace Saif). After appearing to be an unreliable narrator for most of the season, the finale revealed that all-knowing new student Ani was spinning the group’s web of lies to Deputy Standall in order to blame Monty for the death of Bryce. The fourth season will presumably explore the ramifications that are poised to bubble when this group — that has proved largely hard to trust — must keep each other’s secrets and choose one another over themselves. In the end, the group rationalized the lie because Monty was already dead and Clay, who was innocent, was going to go down for the murder if they didn’t point the police in another direction. If the web falls apart, Ani — who had the idea to “let the dead bury the dead” — and former person of interest Clay seem poised to take a bigger fall among the group.

How '13 Reasons Why' Remained Topical, Without Suicide, in Season 3

How Big of a Threat is Winston (and Those Weapons)?

The final moments of the season saw Winston (Deaken Bluman) confronting Ani to let her know that he knows what they did. Winston was Monty’s secret alibi, as the prep student had spent the entire night with the Liberty High player, who has not come out to any of his peers, when Bryce died. Winston seems to have more of a moral compass than most of the other characters and could certainly be motivated to clear Monty’s name — since he reiterated to Ani that, no matter what he did, Monty was still a person. The final scene also saw a boat fishing out the assault rifles that Clay and Tony got rid of on behalf of Tyler when they thwarted the school shooting at the end of season two — adding potentially more charges to those characters’ plates. 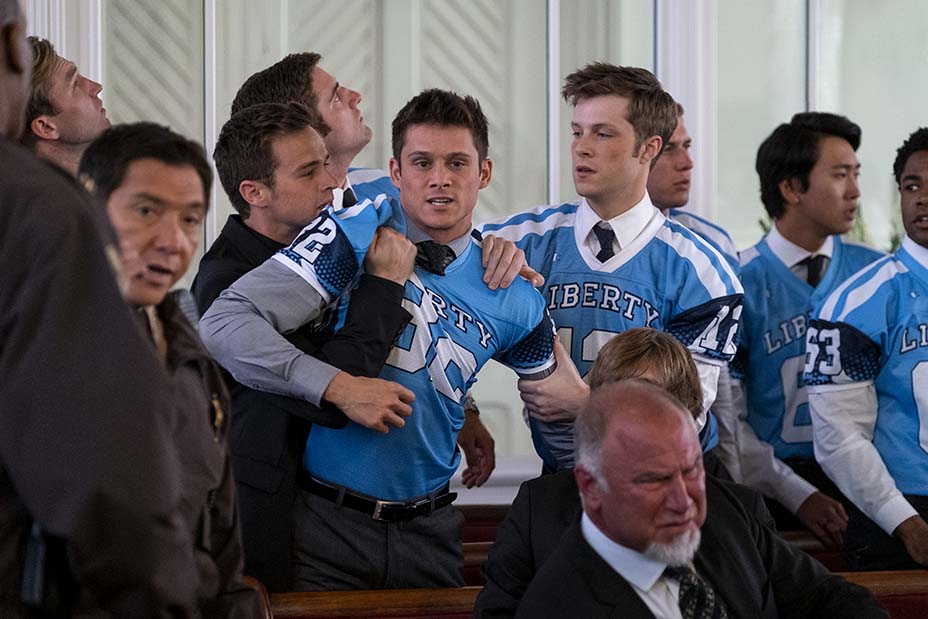 What Legacy Is 13 Reasons Why Going to Leave Behind?

Though the first season courted controversy, the series has yet to recapture the initial hype. By expanding its ensemble, the third season dug even deeper into serious issues facing teens — including mental health, depression, suicide, trauma, abuse, drugs, privilege and sexual identity — and tackled hot-button topics like gun violence, abortion, sexual assault and immigration in powerful ways. But the entire season was wrapped in a vigilante message that sees the flawed characters getting away with murder. The fourth season seems poised to be an even truer ensemble story and will be facing its own identity question: Will the “secret coming out” be the big final hook, or can this pop-culture phenom reinvent itself once more to focus back on the core issues while still delivering justice and accountability?

'13 Reasons Why' Renewed for Fourth and Final Season at Netflix

The third season of 13 Reasons Why is streaming on Netflix.

How '13 Reasons Why' Remained Topical, Without Suicide, in Season 3