Even 13 Reasons Why star Katherine Langford knows that the story that Netflix’s 13 Reasons Why told in its first season, of teen Hannah Baker’s classmates discovering cassette tapes she left behind explaining why she had killed herself, was closed-ended. But while the first season of the Netflix drama was Hannah’s story, the second season focuses on her friends and family and their struggles before and after her death.

“In season one we really told Hannah’s story in its entirety,” she tells The Hollywood Reporter. “Coming back for this season was important … to continue the storyline for other characters who were really important that we saw in season one.”

The second season, now streaming on Netflix, shows Hannah in new flashback scenes, but also as a figure who appears and interacts with Clay. But Langford says this is a different version of her character than the one in the first season.

“She’s only ever seen through or filtered through the lens of other people’s eyes this season,” she says of the challenging arc. “I think Hannah’s character and particularly her role this season was something that was developed over the course of shooting. It took a little bit of time to really understand what her role was and why she was there. But I think we realized toward the end that her relationship with Clay is so special, and it’s something that the audience really connected with. Hannah’s presence is integral to Clay’s recovery, which a lot of this season is about — it’s Clay’s story and seeing him as the protagonist as well, in addition to all the other characters.”

After the season released, Langford confirmed her exit from the series on social media, saying 13 Reasons Why “will always be a special part of my life, and regardless of whether Hannah is there or not” about a potential third season. She said she will strive to continue to do work that “is meaningful and has a positive impact.”

“Hannah…I love you…and I let you go” Those are the words I was able to say six months ago, and now can finally share with you…As most of you know @13reasonswhy was my first ever job and I am so grateful to have had the opportunity to tell Hannah’s story so fully in season 1, and to be asked back for a season 2. Thankyou to @netflix @paramountpics @anoncontent , the incredible producers, creatives, cast and crew for making these last 2 years so special. And to all of you here – Thankyou for filling my life with love and light This show will always be a special part of my life, and regardless of whether Hannah is there or not, I know that I will continue to strive to do work that is meaningful and has a positive impact – whether that be in film, music, or any other form of art. There is a lot coming up this next year, and I can’t wait to share this next chapter with you #hannahbaker

Below, Langford discusses the way her character was integrated into the second season, what she’s learned from her experiences on the show and what she wants people to learn from Hannah. 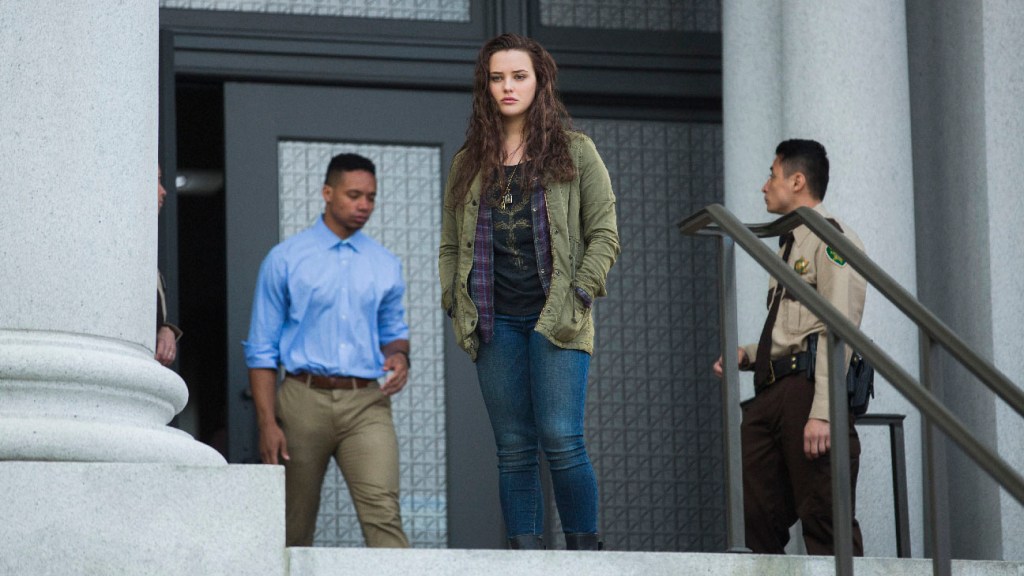 In these visions of Clay, is that Hannah trying to tell her story further or is it just what he thinks she wants?

What I was told when we were shooting was that we wanted to leave it up to people to interpret Hannah and how they felt. But I think that what we’ve come to feel is that her presence is more — it’s Clay, and it’s for Clay, and it’s kind of Clay’s vision of her. It’s his interpretation of her. Just like with any other time that you see Hannah this season, it’s always through someone else’s eyes.

A lot of the second season focuses on the juxtaposition of how Hannah dealt with her rape and how Jessica is coping with hers. Especially now that so many victims are coming forward with their stories thanks to the #MeToo movement, what do you want people to take away from Hannah’s and Jessica’s stories?

One of the things that we talk more about this season in particular is sexual violence. We see Jessica going through her recovery. One of the important reasons to come back, and one of the important storylines that we got to cover this season, was Jessica’s recovery. Both Hannah and Jessica were victims of sexual violence. For Hannah, at that point in her life it wasn’t something that she was able to live with, and so I think it was incredibly important to come back and to see someone recover from that. At the end of the day, this is a TV show and we’ve always been very forthright about being a TV show and therefore entertainment, but I think everyone also realizes that obviously we’re talking about very serious issues and there is some responsibility that comes with that. I just hope, if anything, that… season two can instigate discussion, and [learning], and hopefully it will help people who didn’t have a talking point before.

What do you think about the fact that at the conclusion of this trial, the school gets off and Jessica reports Bryce only to have him receive three months’ probation? In the real world, someone like Harvey Weinstein still isn’t facing any legal consequences for his alleged actions.

We don’t get the script ahead of time, so we got them one by one. And I remember when we read them, it was definitely that feeling of frustration as an audience member, but then also as a person and as a creative. I think that was a conscious decision by the writers and the creative team.

There was a lot of feedback to the first season of the show and claims that glorified suicide. How did you handle it? And how do you think people will respond to season two?

As a lot of people know, season one and playing Hannah Baker was the first role that I ever had. And so for me, that first season was just very much focused on the work, which I’m incredibly grateful for. Everything that came after was a learning experience. There are some elements of being part of a really big TV show, that I’ve learned I’m not comfortable with. But one thing that I think is probably the greatest privilege of doing this is meeting fans and hearing from people who resonated with the show, and hearing from people who resonate with your work in general, whether it is 13 Reasons Why or [feature film] Love, Simon. But in saying that, I also think that unfortunately I haven’t been able to meet as many fans as I would like to. We went straight from season one, then straight into press, then I went straight into Love, Simon and then right back into season two. Obviously, I’m interested to hear what fans think of this season. But more importantly, I just want to always try and be there, if not physically, then at least in the form of a positive platform on social media. 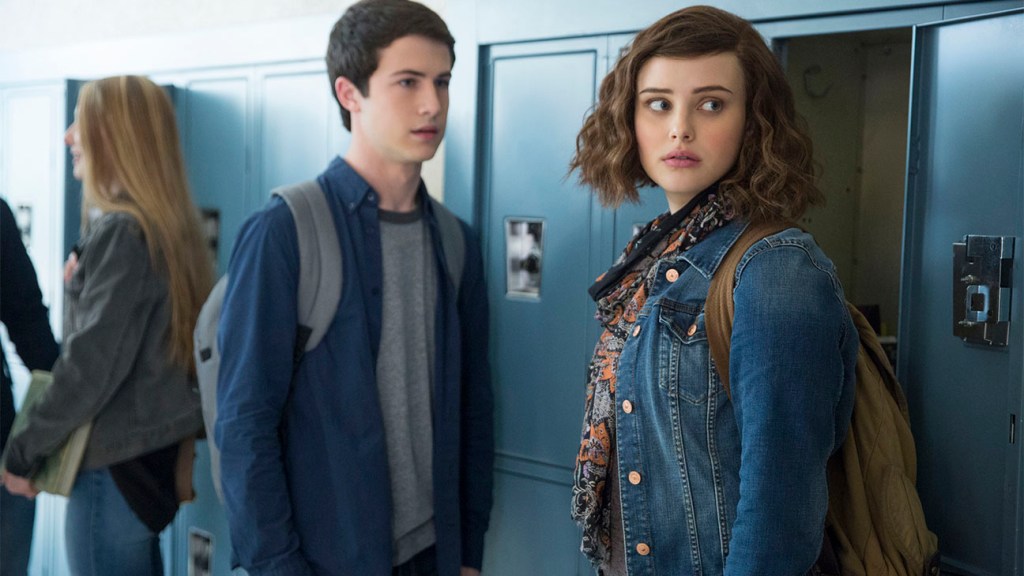 Now that the lawsuit Hannah’s parents filed against the school district is over, do you think Hannah’s story is done?

I don’t know. I don’t want it to sound cliche, but I feel so grateful to have been a part of 13 Reasons Why, and season one was something I was really able to sink my teeth into. Season two was challenging for different reasons. You know, I had to put a lot of trust in [showrunner-creator] Brian Yorkey and the writers and the directors in developing Hannah’s character over the course of shooting. I have Love, Simon out at the moment, which I’m so proud of and which I’m hearing so many great things from. I just finished a film called Spontaneous. But there’s a lot more coming up, and a lot that I’m just taking a second to work on in the next few months before kind of letting anything else out. What I meant about the cliche part was, like, there is genuinely a lot of stuff that I want to do, and that I’m excited to share with people. And I can’t tell you when it’s going to be out, but I’m excited for it. Sorry, I don’t want to be cryptic.

What do you want people to learn from Hannah’s experiences on this show?

I feel like there’s not one specific thing that you can take from this show. Last season I feel like a lot of what we talked about was that the smallest thing that you can do can have the biggest impact. But overall, I think that from the show, people will take different things depending on their own personal experiences, their own history, and just in general who they are and what they resonate with. All I can say is being able to play Hannah has been such a privilege. And even if I’m not in a hypothetical season three, I’m going to continue to strive to do work that is meaningful and things that I can really pour my heart into like I did in season one.

Well, Hannah’s mom did find her list of reasons why not, so maybe that could that bring her back.

We’ll see! Brian Yorkey is incredible and I enjoy working with him so much so I honestly am so excited for everything that he does.