[This story contains spoilers from the entire season of Netflix’s 13 Reasons Why.]

Netflix turns its lens on the woes of being a teenager in the 21st century with drama 13 Reasons Why.

Created by Brian Yorkey, the drama was originally intended as a starring vehicle for executive producer Selena Gomez and revolves around Hannah Baker (Katherine Langford) and Clay Jensen (Dylan Minnette), with the story exploring (over 13 episodes and reasons) why the former decides to end her life.

Executive produced by Spotlight‘s Tom McCarthy, the drama — which bows Friday on the streaming giant — explores the events leading up to Hannah’s death and touches on socially relevant topics including bullying, harassment and rape.

“We to look unflinchingly at some of the really difficult things that teenagers actually go through,” Yorkey tells The Hollywood Reporter. The drama uses a series of cassette tapes that Hannah recorded before ending her life that provide a glimpse into her decision — and those who may have contributed to it. Those tapes, as well as a map she left behind, help kick off Hannah’s story.

Below, Yorkey talks with THR about tackling teen suicide, why this project was special for Gomez and what he hopes younger viewers take away from the series.

How did you approach adapting the book for television?

I wanted to be as faithful to the book as possible while also recognizing that every good adaptation reinvents in some way. We had more time to explore Clay and Hannah’s love story. One of the things I love about the book is that Clay is not a totally reliable narrator because he starts the book saying, “I knew this girl Hannah.” By the end of it, you realize that he actually loved her and wanted to be with her. That was a love story to play over a whole season. That was the first big departure from the book. We expanded what happens in the present day and the fallout for all of these kids listening to these tapes and coming to terms with their role in what happened to her. 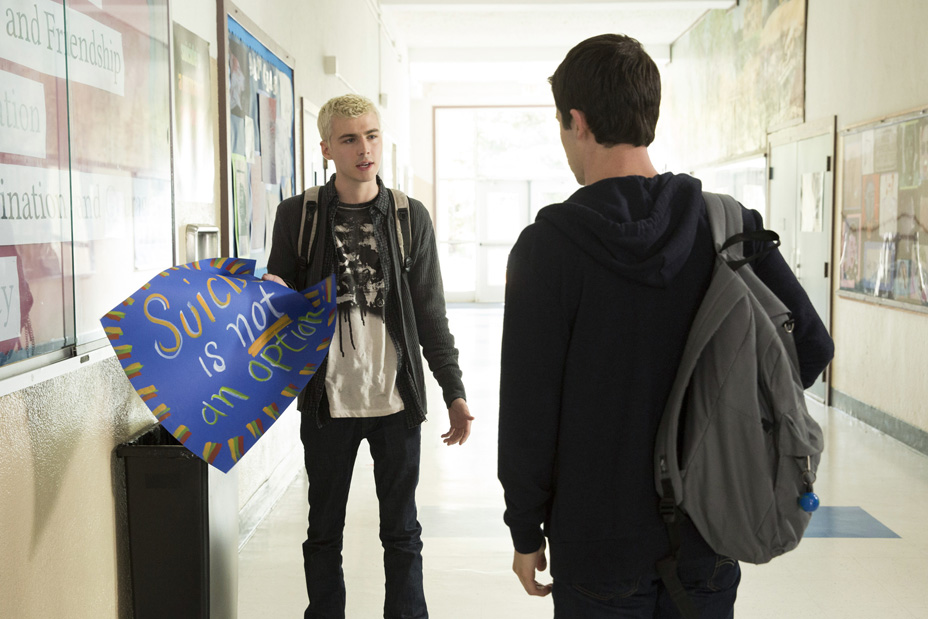 Hannah and Clay are the main characters, but you spend a lot time on the supporting players. How important was it to tell their stories?

The message of Jay’s book is that people have things going on in their lives that we have no idea about. We thought it was a great opportunity to understand that in real terms and get insight on each of these characters. It did feel like it hasn’t been done a lot. I hope by the end of the season you care about these characters. Even though some of them are real shits. There are certain characters that there’s really no defense for. But I hope we can make them human.

The show features a few scenes of sexual assault. How did you approach filming those?

The two sexual assaults were really important to us to portray in a clear way and show what the pain of those experiences is for those two girls. We wanted to be as truthful as we could to portray what that experience is actually like. That took a tremendous amount of preparation and research. We had experts that consulted with the writers and actors. It took a lot of courage for those young actors. Those were tough days on set, but we felt it was worth the effort to get it right, and anything that we were failing was the pale shadow of the pain people actually feel who go through this.

Kate Walsh (Private Practice) plays a grieving mother. Did you give her any specific feedback about how she should approach the character?

She didn’t care if she didn’t look pretty. She talked to parents who had lost children to suicide. We talked a lot about Mrs. Baker before and after and what those differences would look like and what her different concerns would be. She’s forever changed. It’s heartbreaking. Hannah’s parents are only glancingly mentioned in the book, but we knew in adapting it that if we’re really going to look at both what happened before and the aftermath that we would have to get to know Hannah’s parents on a meaningful level. 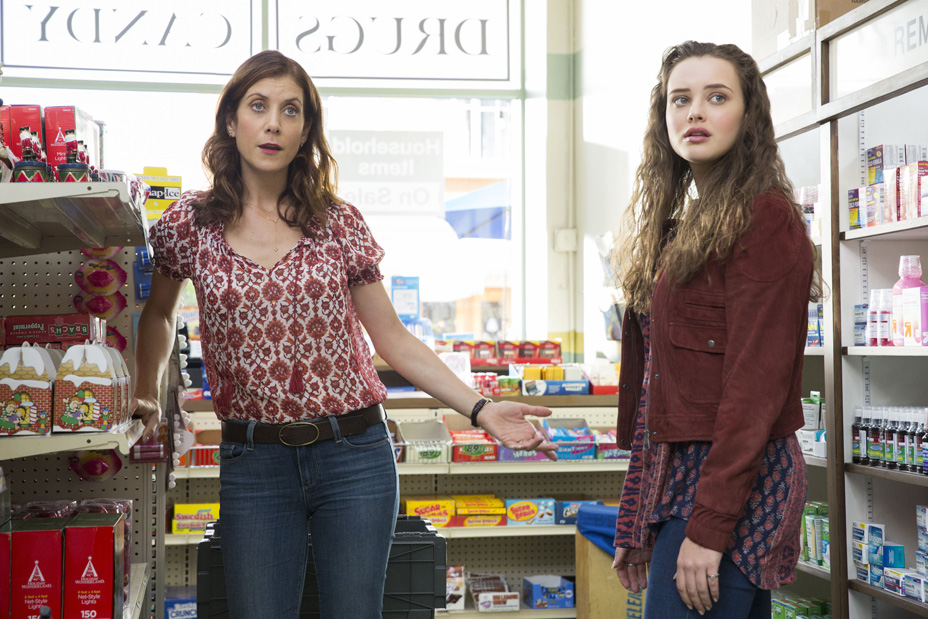 How does being on a streaming service like Netflix help you dig deeper into dark issues like suicide?

We had a unique platform being on Netflix to treat these stories with a level of truth that maybe other young-adult-oriented dramas haven’t been able to do for whatever reason — whether it’s wanting to get a PG rating, or being on a broadcast network. We feel indebted to shows like My So-Called Life and Freaks and Geeks, which set a really high standard for emotional truth for kids. We thought we could look unflinchingly at some of the really difficult things that teenagers actually go through and show them a little bit more unvarnished than other shows have had the opportunity to do. We thought we could be nakedly honest about these things and show them.

What kind of discussion do you hope the show starts when it comes to talking about sexual assault, rape, bullying, depression and other serious problems among teens?

We hope it sparks conversation among young adults and especially between young adults and parents. These are things that are happening to teenagers every day around the world and certainly across America. They’re incredibly difficult to get help, talk about what you’re feeling and even to report things that have happened to you. What we hope, as good television can do, is that it gets people talking. If they can talk about what happened to Hannah and Jessica [who were raped] and what these kids went through, they can talk about what they’re going through in there own lives. That has to happen first before anything can get better.

The series features a PSA-type episode. Why was that important to include?

There’s a show called Beyond the Reasons, that a bunch of us who made the show — actors as well as doctors, advocates and psychologists who we consulted with — sat down and talked about how the show tracks with what people go through in real life. This will roll right after the last episode. Our hope is that it gives all viewers some insight and specific information on how to get help if they or someone they know needs help around one of these issues. Selena also takes part, which is powerful because she talks a bit about what she’s gone through. I’m really proud of it. It’s about a half hour, and even if you’re not in crisis it’s super insightful and a nice way to button the experience.

How involved was Gomez?

Selena is who I met with to try and get the job. We talked about why we wanted to make it into something that kids would think was cool because it could be meaningful and important. She has an intimate touch with millions of young people and cares very deeply about their lives. Having that as our motivator was meaningful to all of us, because she is someone who could not be spending her time on something as challenging and important as 13 Reasons Why. The fact that she chose to stick with this project even once she had aged out of it being a project for her to act in was inspirational. If we can make something that’s meaningful and Selena can point some of her fans toward it, then we have a chance of reaching some people. That was always a huge motivation for us. [In Beyond the Reasons] she talks about what she went through as a teenager and why the project was important to her. Selena and her mom talked about what their communication was like and their relationship. 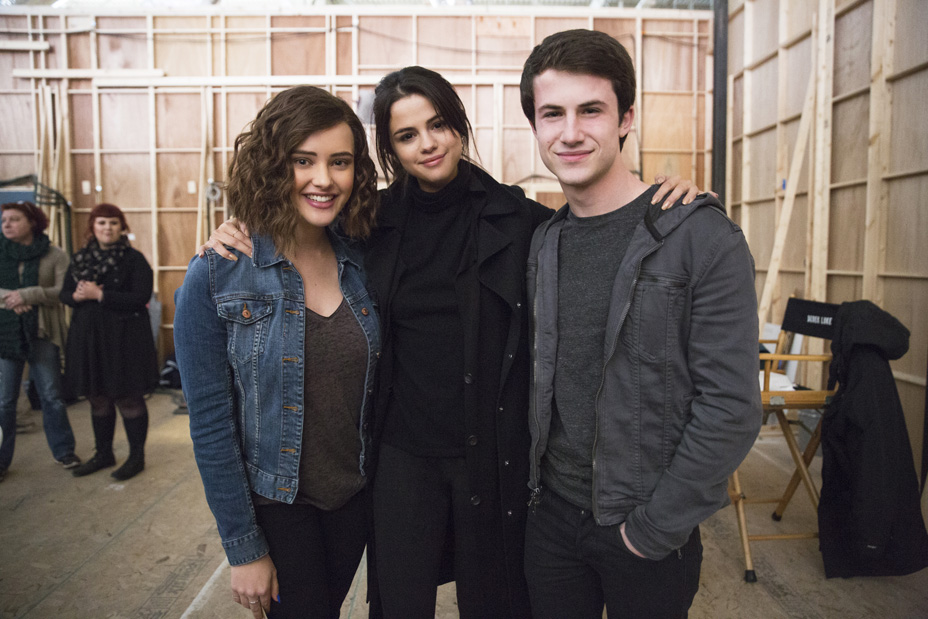 Hannah’s suicide scene was very graphic. What kind of conversations did you have about making sure to show it in such detail?

It was incredibly difficult to shoot and to even contemplate showing it in such detail. We did it very specifically. We felt like it would be too easy for us to make her suicide look glamorous and peaceful; Katherine Langford is one of the most beautiful women on the planet for f—’s sake. It would be easy to make her look beautiful and tragic in a cinematic way. It also would have been too easy to see her thinking about it and let the camera drift off. We wanted to confront the fact that suicide is messy, ugly and it’s incredibly painful. There’s nothing peaceful or beautiful about it at all. It’s horrific to endure and it’s horrific for the people that a person who commits suicide leaves behind. We wanted to tell that story truthfully. And as difficult as it is to watch, it should be difficult to watch. If we make it easy to watch, then we’re selling goods that we didn’t want to sell.

Does the ending leave the door open to tell stories beyond season one?

We hope that we get a chance to keep telling these stories. There is a lot that’s unfinished. All of these characters are not done with grieving this loss and coming to terms with it. There’s the trial still with Hannah’s parents suing the school district, which happens more often than you’d think. To find out who is responsible for what happened to her is really interesting. There’s also this question that there’s a f—ing rapist at this high school that hasn’t been brought to any justice. And one of his victims, that we know of, is still living and just beginning to confront the realities of being a rape survivor, which is another hugely important story to tell. I would love to spend more time with these characters.

Would Hannah’s character still be a part of the story?

I think so. So many of those things I just listed involve Hannah and her story. One of the things that is a fundamental element of our show is the weaving of past and the present. Hannah’s story is still very much not finished. She’s a real integral part of whatever the next chapter of the story is and she’s very much still at the center of it.

13 Reasons Why is now streaming on Netflix.