A record 455 scripted original series aired in 2016, and Peak TV may not have hit its actual peak yet. A Dec. 21 study from FX Networks found the annual tally jumped another 8 percent year-over-year and a whopping 137 percent from just a decade ago. And the biggest gains came from such streaming services as Netflix, YouTube Red and Seeso, all of which have promised even more scripted output in 2017. (Broadcast, premium and basic cable actually slid from 2015.) “It seems very likely that the estimate will hover around 500 for the next few years,” FX Networks executive vp research Julie Piepenkotter tells THR. “Growth will continue to be overwhelmingly fueled by the streaming services.”

With spending estimated at $6 billion on originals, it should come as little surprise that Netflix topped all five broadcast networks with a total of 43 originals. The tally illustrates the “astonishing” ease with which consumers have embraced digital delivery systems, says Piepenkotter: “The technological transformation of the past decade in media alone is arguably more dramatic than that of the half-century prior.” 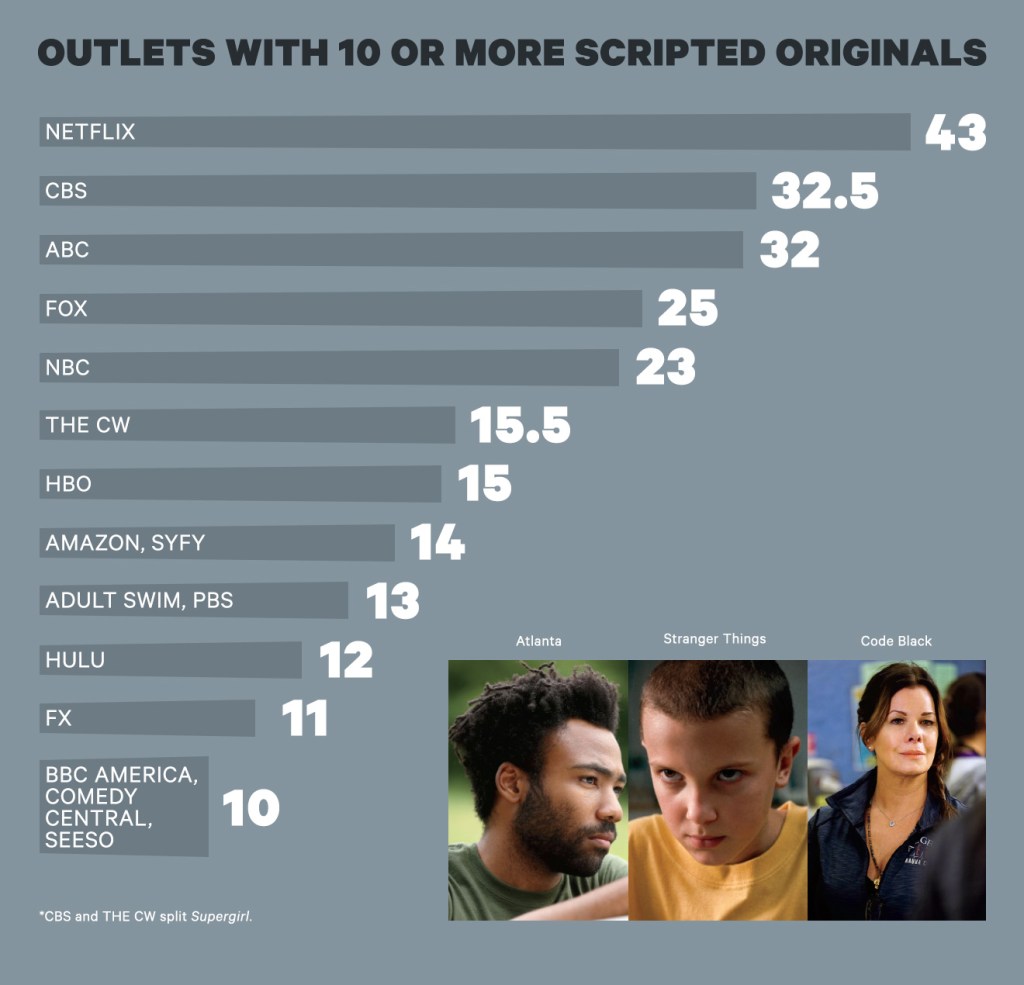