Continue to The Hollywood Reporter SKIP AD
You will be redirected back to your article in seconds
Skip to main content
February 21, 2020 6:30am
Logo text

When The Hollywood Reporter asked me to write about the show Fresh Off the Boat and television‘s changing landscape, my first thought was, “I‘m still blown away that we pulled this off!” I‘m not one to write a piece about any changing landscape, but 116 episodes later (one of which was shot in Taiwan), I can share a few personal experiences from what turned out to be a historic period of change in entertainment.

Like many in Los Angeles, my commute to and from the office has always been long and tortuous, giving me ample time to think. With FOTB‘s final episode approaching (airs Friday, Feb. 21, on ABC), these past few weeks’ commute produced a flood of memories from the past six seasons, along with memories of why I always wanted to be part of something that represented Asian America in this way.

'Fresh Off the Boat' Ending With Season 6 on ABC

Of course, none of this would have happened without Eddie Huang‘s book, which tells a specific, yet universal story about growing up in America. It inspired [series creator and former showrunner] Nahnatchka Khan, Randall Park, Constance Wu, Hudson Yang, Forrest Wheeler and Ian Chen, along with every writer, producer, cast and crewmember to bring a little of their own experience to the table, making the show what it is, while leaving an indelible mark as the first Asian American family to hit network television in over two decades. Here‘s what happened.

Back in 2014, Dana and I didn‘t speak much directly. And when we did, it was usually with reference to my producing partner Jake Kasdan regarding projects he was directing. Right after we sold Fresh Off the Boat to ABC, the former head of 20th Century Fox TV called my cell. I‘m used to the idea that powerful people don‘t have time to call unless something‘s wrong, so naturally that‘s where I went. She hopped on and said that she loved Fresh Off the Boat. That this was not just a development season sale, but we were going to get this on the air. One week later, Nahnatchka, Eddie, [and former 20th TV president] Jonnie Davis and I were sitting in a theater on the Fox lot talking about our show to a 21st Century Fox crowd. From that moment on, Dana was our champion.

For our pilot table read, we had Din Tai Fung — a popular soup dumpling restaurant located 30 miles away — cater with trays of xiaolongbao (pork soup dumplings). Hudson was so excited that he wolfed down two heaping plates of dumplings, essentially putting himself into a food coma right before the read. He spent the table read slumped in his chair and dozing off. At one point, he even propped his script upright to hide himself facedown on the table. Constance, who was sitting next to Hudson, was literally tasked with keeping him awake during the read. As the read concluded, we felt certain we were doomed, or at the very least, going to have to replace Hudson. But to our surprise, both [former ABC Entertainment president] Paul Lee — whom Natch and I thought was Korean until we met him — and Keli Lee [head of casting, no relation] loved Hudson‘s authenticity; he just needed to better manage his dumpling intake. Hudson, who is now six feet tall, brilliant and a considerate young man, remains one of the best things to happen to this show. 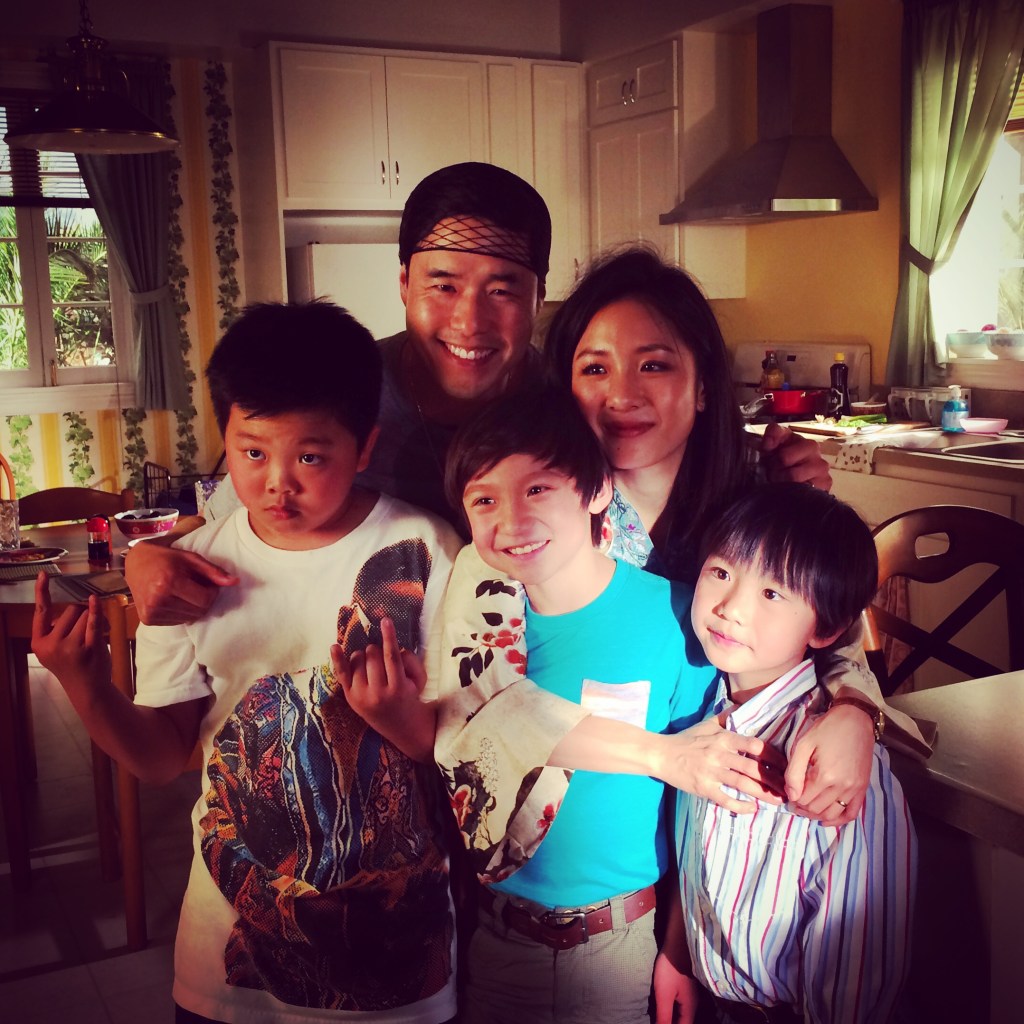 Fresh Off the Boat had been picked up for a midseason launch. We had been shooting our 13-episode season that late summer into fall. Right after the holidays, we found out our airdate — Feb. 4, 2015. A Wednesday night. The Promised Land of ABC comedy. We would get a magical taste of precious comedy scheduling real estate. But just for the premiere. Then we would be sent to Tuesday at 8 p.m. — the slot recently vacated by [one-and-done comedies] Selfie and Manhattan Love Story. Jeopardy and Wheel of Fortune were our lead-ins with a couple of dramas behind us. Not precious comedy real estate. But by the time Fresh Off the Boat moved to Fridays a couple seasons ago, Tuesdays had become comedy real estate. Nahnatchka, Jake and I still joke that Fresh Off the Boat was the scheduling pioneer of Tuesday night on ABC. Looking back on this now in 2020, with the de-emphasis of same-day ratings and the emphasis of three- and seven-day delayed viewing on streamers, it‘s easy to recognize that we lived through both an upheaval in ratings metrics and a dramatic change in viewership habits that was unimaginable when we sat down to dumplings at our first table read over a half-decade ago. 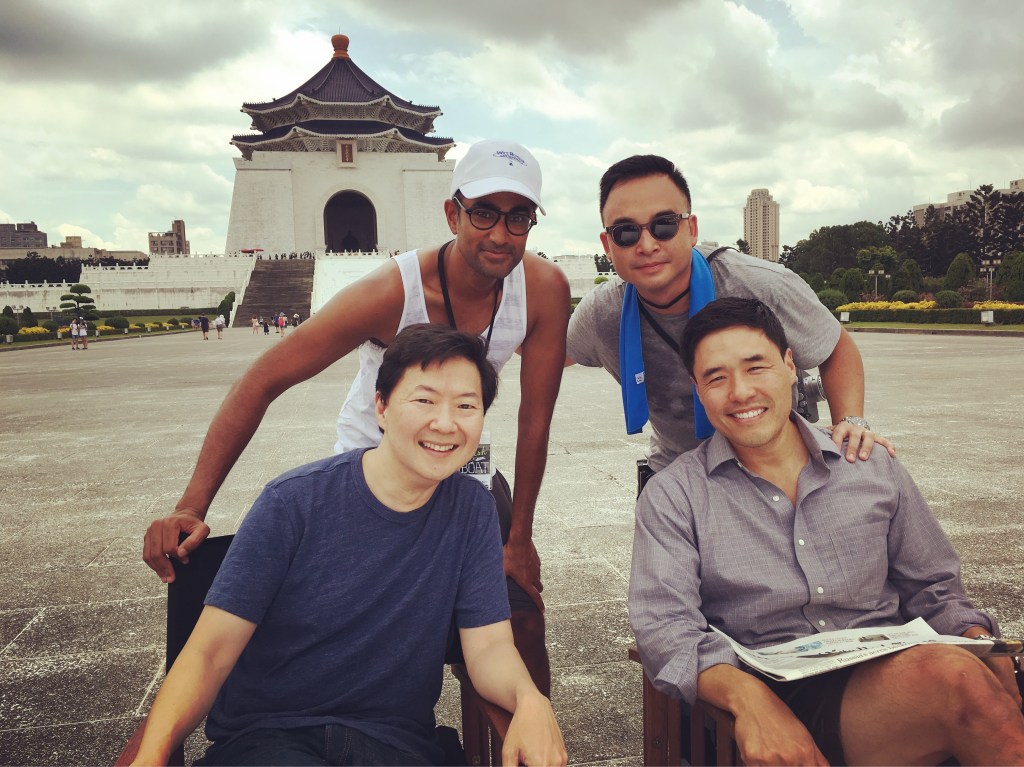 Fresh Off the Boat had been building a small but steady and loyal following, and we‘d been hearing from everyone that we should do something big for season three. I remembered some of my favorite sitcoms always had a vacation episode: Everybody Loves Raymond went to Italy, for example. I pitched Nahnatchka on going to Taiwan. We were certain that nobody would actually let us go to Taiwan, but 20th TV’s Jim Sharp, Howard Kurtzman and Davis fully supported us. Nahnatchka directed this amazing episode that dealt with identity of children with immigrant parents and how we feel about the place our parents came from. I‘m really proud of that episode, as well as that season‘s arc where Jessica Huang becomes a U.S. citizen. It‘s something that‘s current and that we are still talking about as a country today.

As I recalled these memories, I remembered a moment from early in my Hollywood career that reminds me of what making Fresh Off the Boat for the past six seasons means to me and why it was so important for us to get it on the air. 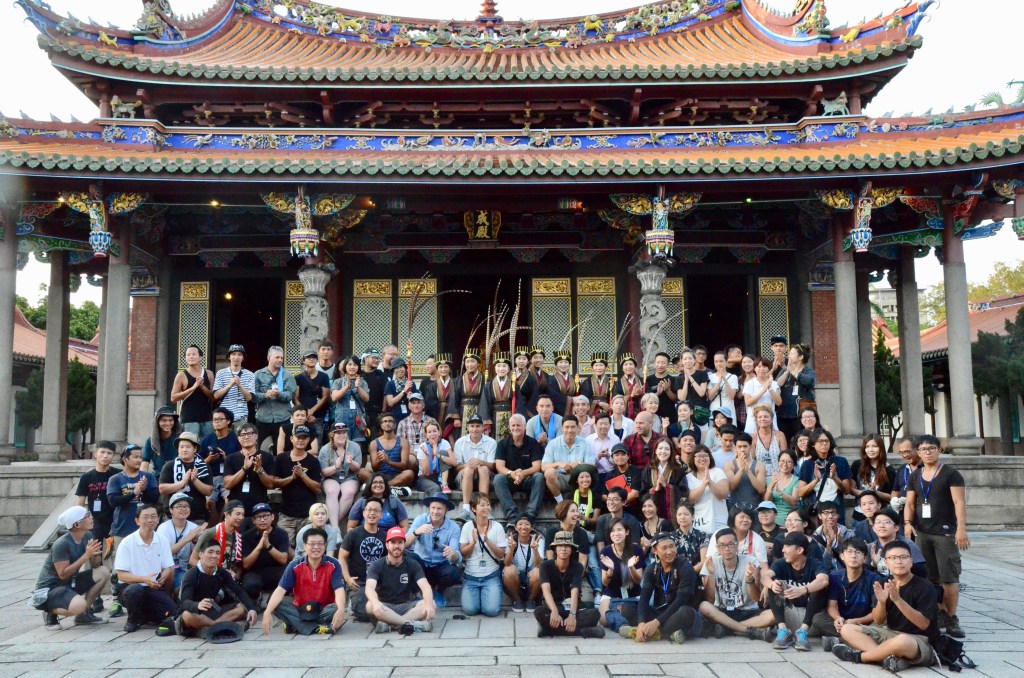 My entrée into Hollywood began with an internship on the Fox lot for a producer, despite the objections of my immigrant Chinese parents who wanted me to be a doctor. I spent that summer running around getting coffee, making copies and a lot of delivering of things. In addition to all that running around and answering phones, we had a pretty great story editor/intern coordinator, Sonny, who encouraged us to read scripts, books and pitch ideas at a weekly lunch. I loved movies like Stand by Me and, like everyone else at the time, was obsessed with Swingers. Growing up in the San Gabriel Valley, I wondered if a movie could be set where I grew up, featuring kids that looked like myself. I pitched this idea at our intern lunch.

I‘ll never forget what Sonny said: “No one can relate to Asian leads in Hollywood”; and “Who do you cast?…” followed by “Who‘s the audience?” Sonny, like all of Hollywood couldn‘t fathom the idea of a movie with two Asian/Asian American leads being a commercial or critical success in Hollywood.

A few years after Sonny‘s intern lunch, Crouching Tiger, Hidden Dragon was released and won, and couple years after that, Justin Lin made Better Luck Tomorrow, financed on his personal credit cards. Fifteen years later,Fresh Off the Boat was ordered to pilot, and now we‘ve made 116 episodes.

'Fresh Off the Boat' Spinoff Will Likely Feature New Cast

In that time, Jon Chu would also make Crazy Rich Asians, a traditional wide-release movie that featured an all Asian cast, making $240 million worldwide, and Bong Joon Ho would beat out the likes of Quentin Tarantino, Sam Mendes and Martin Scorsese to take all the Oscar hardware [for Parasite].

Times they are a changing. It‘s a priority for myself and everyone I work for and with to provide opportunities for representation; and with so many platforms and outlets these days, this monumental effort seems possible. The company I work for — Walt Disney Television — has six platforms [Disney+, Hulu, FX, Freeform, ABC and National Geographic] hungry for content! There have never been so many open doors for actors, writers, directors and producers of color to walk through and tell their stories.

My commute is still terrible. Some things never change. But there is such a thing as progress. And I‘m so proud that Fresh Off the Boat has been part of that. And that Dana, Hudson, Randall, Constance, Nahnatchka, myself and everyone on this show have played a small part in this changing TV landscape.

Thank you, ABC. Thank you, 20th Century Fox TV. And most of all, thank you to everyone out there for watching. It was truly a dream come true to work on this show. 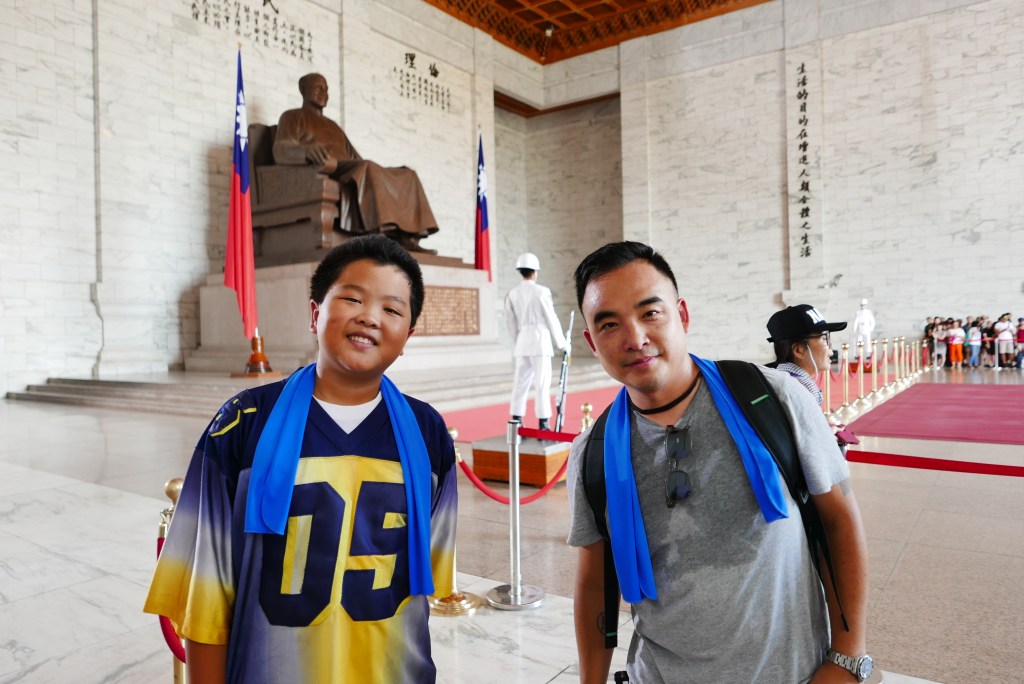 Melvin Mar is a prolific producer whose credits also include TV series Bless This Mess, Speechless and The Grinder and features Jumanji: Welcome to the Jungle and its sequel, among others.