After several fallow years, the first-run syndication market is poised for a shot of adrenaline in 2019. The next two weeks will bring more national launches — seven — than any year since 2011, when Oprah Winfrey still had her daytime show.

Three talk shows — fronted by music star and The Voice judge Kelly Clarkson, former NBC News anchor Tamron Hall and best-selling author and speaker Mel Robbins — two game shows and two court shows, one starring Jerry Springer, are on tap. They are debuting in a time where linear ratings for broadcast shows are on the wane, and in a crowded field: There are more than 40 first-run syndicated shows set to air in 2019-20.

The syndication market also tends to heavily favor long-running shows: Of the 10 most watched first-run syndicated shows last season, only one, the court show Hot Bench, has been on the air for less than 15 years (it debuted in 2014).

The people behind the shows told The Hollywood Reporter that they are optimistic about their chances to make a dent in a landscape that hasn’t been very hospitable to new series in recent years.

After "Many Misses," TV Syndication Market Set for Busiest Fall in Years

Kelly Clarkson Show executive producer Alex Duda acknowledged that “it’s hard to get noticed” for new syndicated shows, given the seemingly limitless other ways potential viewers can occupy their time. “But I think there is an audience there,” she added, “and hopefully if we can bring them something that just makes them feel a little better, a break from all this technology maybe. … I’m hoping that resonates.”

People behind all seven new shows spoke to THR about the expectations for their shows. 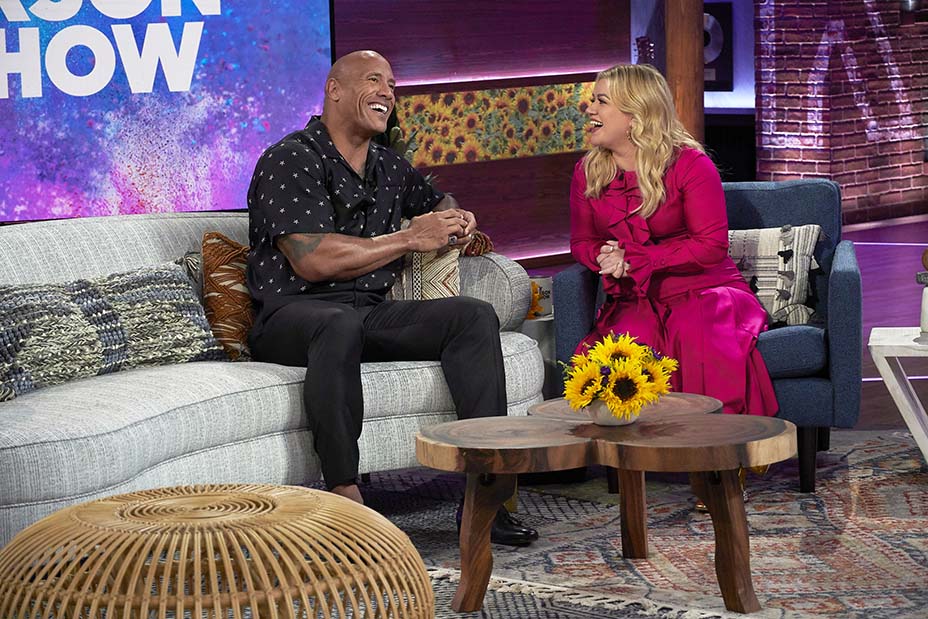 Clarkson is arguably the biggest name fronting any new syndicated show this season: She’s a Grammy winner, the first American Idol and a judge on The Voice, where she will pull double duty in the fall along with her daytime show.

Clarkson’s show will be on the lighter end of the spectrum, featuring her singing a song requested by an audience member at the top of the show and celebrity and non-celeb guests sharing the stage. “You have celebrities and non-celebrities connecting, and the panel connecting with the studio audience, and Kelly is the catalyst for it all,” said Duda. 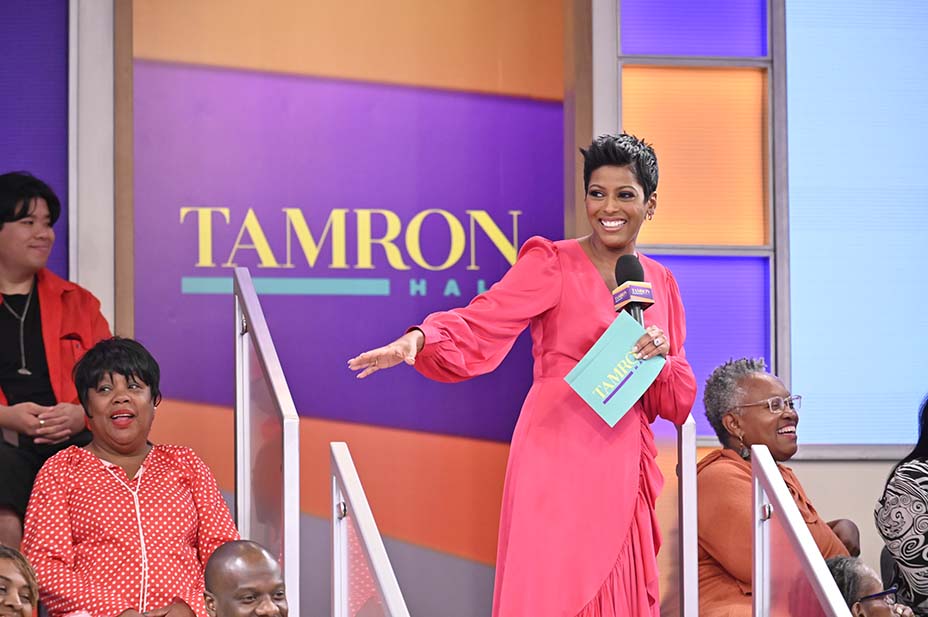 Hall’s show — which will air live three days a week and tape its Wednesday and Friday shows the day before air — aims to harken back to shows like Winfrey’s and Phil Donahue’s by centering human-interest stories. “We’re not afraid of talk, and this is a real talk show,” said Geddie, who executive produces with Hall.

Geddie, who co-created The View, also hopes Hall’s interaction with the studio audience can help set the show apart. “We have doubled down on the audience — we spent more time designing where the audience sits than where Tamron sits,” he said. “It’s absolutely an essential part of the show.” 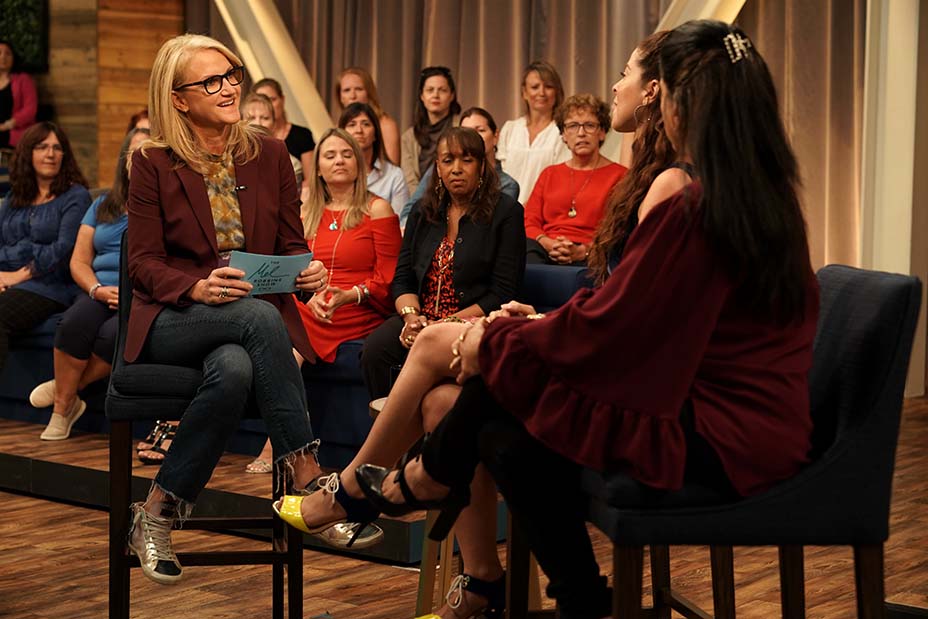 The best-selling author and motivational speaker’s show is in the vein of Dr. Phil, as Robbins will offer advice on and solutions to guests’ and audience members’ problems. It’s been in production for more than a month, said executive producer Mindy Borman (The Dr. Oz Show), and will feature regular updates from past guests on how they’ve applied Robbins’ advice to their lives.

“We’re already deep into follow-up with our guests and know the advice she gave or the breakthrough she had worked, so we’re already able to pepper in those follow-ups,” said Borman. “It certainly helped us be focused on what we were doing that worked and how we anchor each day.” 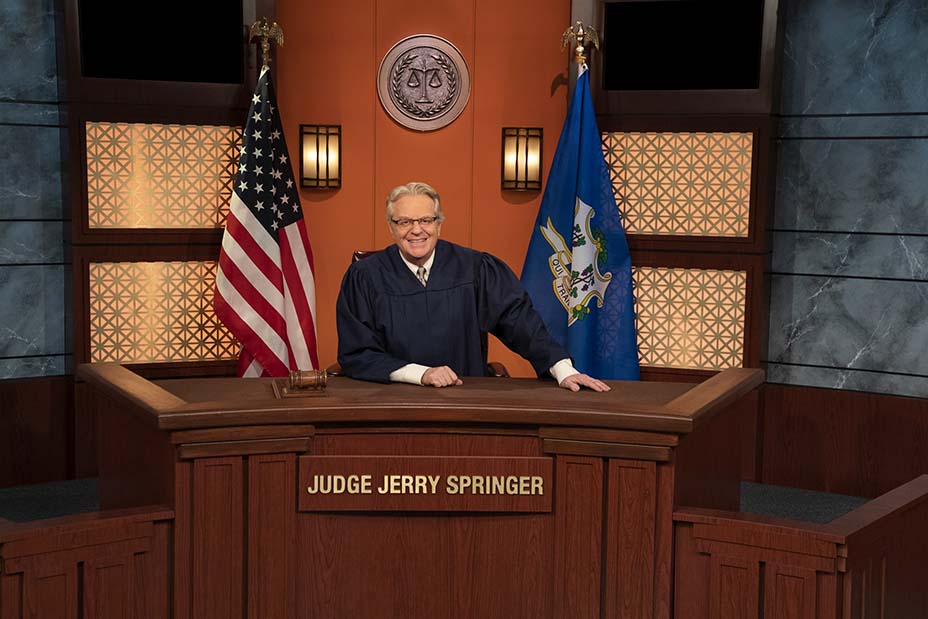 Springer, whose first career was as a lawyer, segues from his long-running talk show to preside over small-claims cases in Judge Jerry. “It was like it completed the circle of my crazy life, starting out in law, then politics and journalism and a crazy talk show, and now back to the courtroom,” he said.

The host says he has no illusions about dethroning Judge Judy, consistently the top-rated show in syndication, but hopes to be able to carve out his own niche among the numerous courtroom shows in daytime. “I tend not to be authoritarian; I’m probably more laid back,” he said. “I think what you’re going to get is what you get with my final thoughts on the [talk] show. … It’s not going to be me pounding the gavel.” 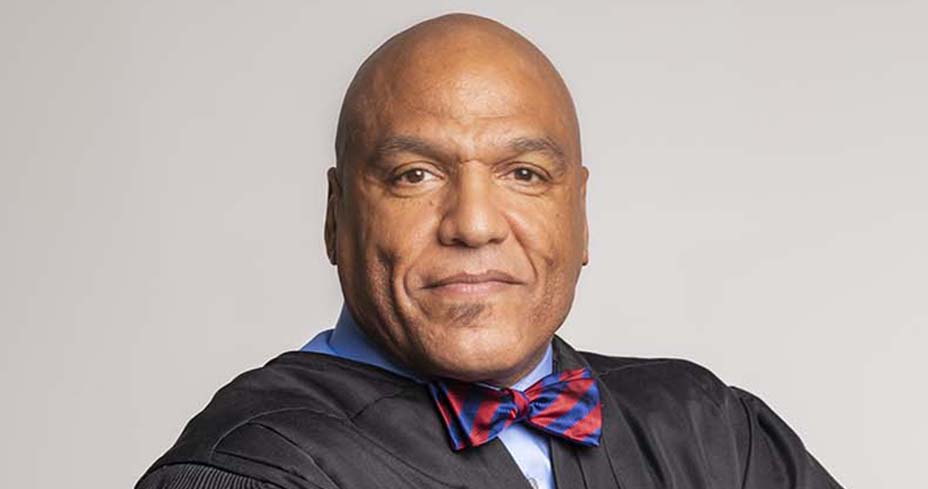 Personal Injury Court is the third in a suite of courtroom shows from Orion, joining Lauren Lake’s Paternity Court (which is entering its seventh season) and Couples Court (going into its third). Presided over by Judge Gino Brogdon, who served 10 years on the bench in Atlanta, the show will follow its predecessors’ lead by going beyond the small-claims cases that are the engine of most other daytime legal series.

“We felt like the one thing that was missing really was high stakes, really large cash settlements in cases,” said Barry Poznick, executive producer of the show and head of unscripted at Orion parent MGM. “All these things we see in primetime dramas where we have ripped-from-the-headlines stories that are so crazy you can’t make it up, we were like, let’s capture that for daytime.” 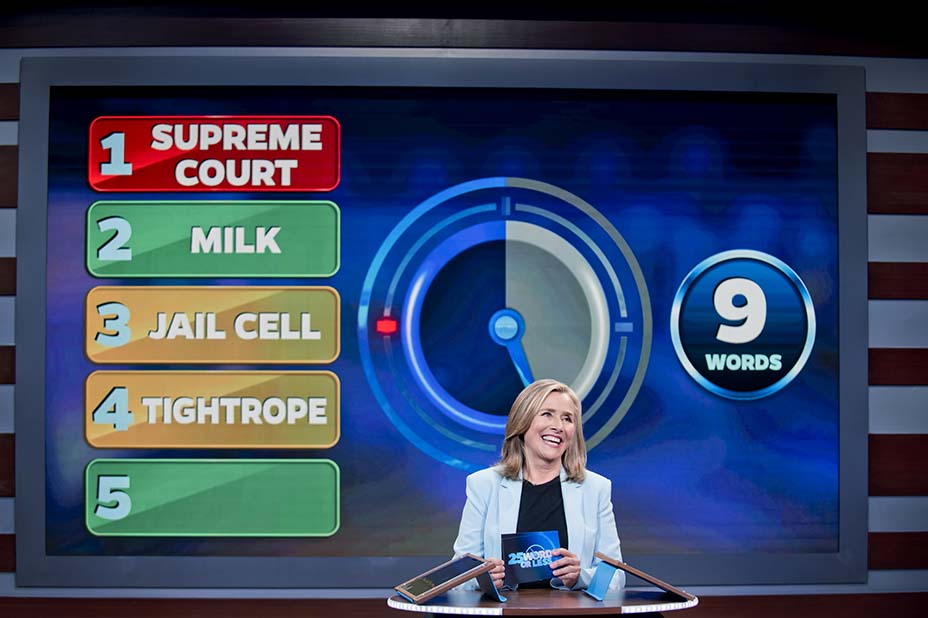 After a three-week trial run on nine Fox-owned stations in 2018, the Meredith Vieira-hosted show (produced by Dino Bones Productions) is going national with clearances in more than 90 percent of the country. Stephen Brown, executive vp programming and development at Fox TV Stations, said the tryout helped make the case for the show’s wider launch. He also said where it airs on a station’s schedule is key, noting that in some markets it is paired with the highly rated daytime version of Family Feud.

“Pairing it up with [another] game, sometimes pairing it up with news, figuring out who that viewer is and trying to keep them, that’s the most important part,” he said. “I think people will try out a show once or twice in the first couple of weeks, and if they like it they’ll stay. But it’s a big ask to say, ‘I know you’ve been watching this other show for 10 years, come and watch mine.'” 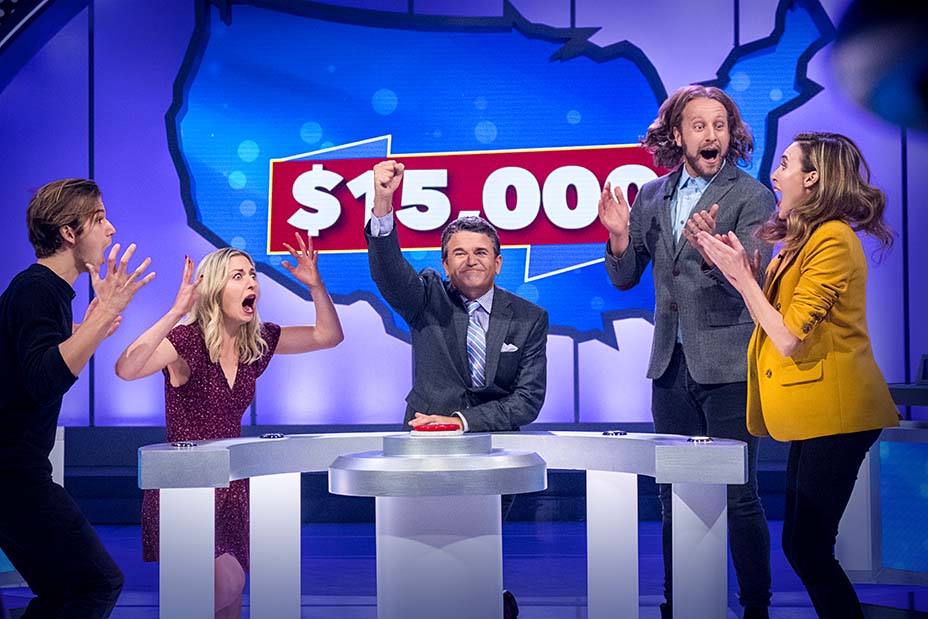 A syndicated version of the Game Show Network’s primetime original, America Says was a late addition to the syndicated pool this season with a deal struck in June. Host John Michael Higgins presides over both versions of the show, which will feature the same gameplay and stakes.

The syndication deal came after Disney announced the end of Who Wants to Be a Millionaire, but Game Show Network’s Jay James said the timing of the deal wasn’t really related to there suddenly being a hole in many stations’ schedules.

“It was more of an organic outgrowth of Sony syndication and us at Game Show Network wanting to look for opportunities to work together,” said James, senior vp programming and development at GSN. “This was the first original under the new leadership at Game Show Network, and it so happened that it had all the right elements as a show and a host and a concept to be something with good syndication potential. It was a terrific first test case to see what kind of response Sony could get out in the market.”