Continue to The Hollywood Reporter SKIP AD
You will be redirected back to your article in seconds
Skip to main content
March 26, 2019 6:30am
Logo text

Karey Burke wants her decades-old broadcast network to be seen as the scrappy underdog. As ABC’s new entertainment president — a role she inherited from Channing Dungey in November — her mission is to make the fourth-place network a destination once again and to do so at a time when ratings are free falling across the dial and talent increasingly is lured elsewhere. It would be an unenviable task to many, but Burke, 52, insists she accepted Disney CEO Bob Iger’s offer without a moment’s hesitation.

“Every instinct in my body said yes,” says the mother of five (ranging from 15 to 24), who was exec vp at Disney’s younger-skewing cabler Freeform since 2014. That gig, in which she helped launch network-defining series from The Bold Type to Grown-ish, marked her return to the executive suite after years as a producer with Todd Holland (NBC’s Go On), Ashton Kutcher (The CW’s The Beautiful Life) and Jamie Tarses. Broadcast is familiar territory for Burke, who rose through the ranks at NBC, where she worked on The West Wing, Friends and ER.

The Orange County-born Burke, who lives in Santa Monica with her writer-director fiance, Michael Duggan, sat down with THR to talk more hostless Oscars, the fate of Jimmy Kimmel Live! and her side hustle as a co-owner of fast-facial behemoth Face Haus.

How did the ABC move transpire?

At lightning speed. I got a call from Bob Iger on a Tuesday, and he told me Channing was stepping down, which I didn’t know, and offered me this role. I accepted on that phone call. When Bob asks you to serve, you serve.

You’re competing with streaming services that are offering nine-figure deals and don’t worry about ratings. Does that concern you?

The challenges have never been greater. But I am old enough to remember the advent of cable, broadband and streaming [and] the emergency meetings at NBC when AOL and Time Warner merged. “Oh my God! It is going to be the end of all of us!” There are always sea-changing challenges. That’s the nature of our business. It will make us better. 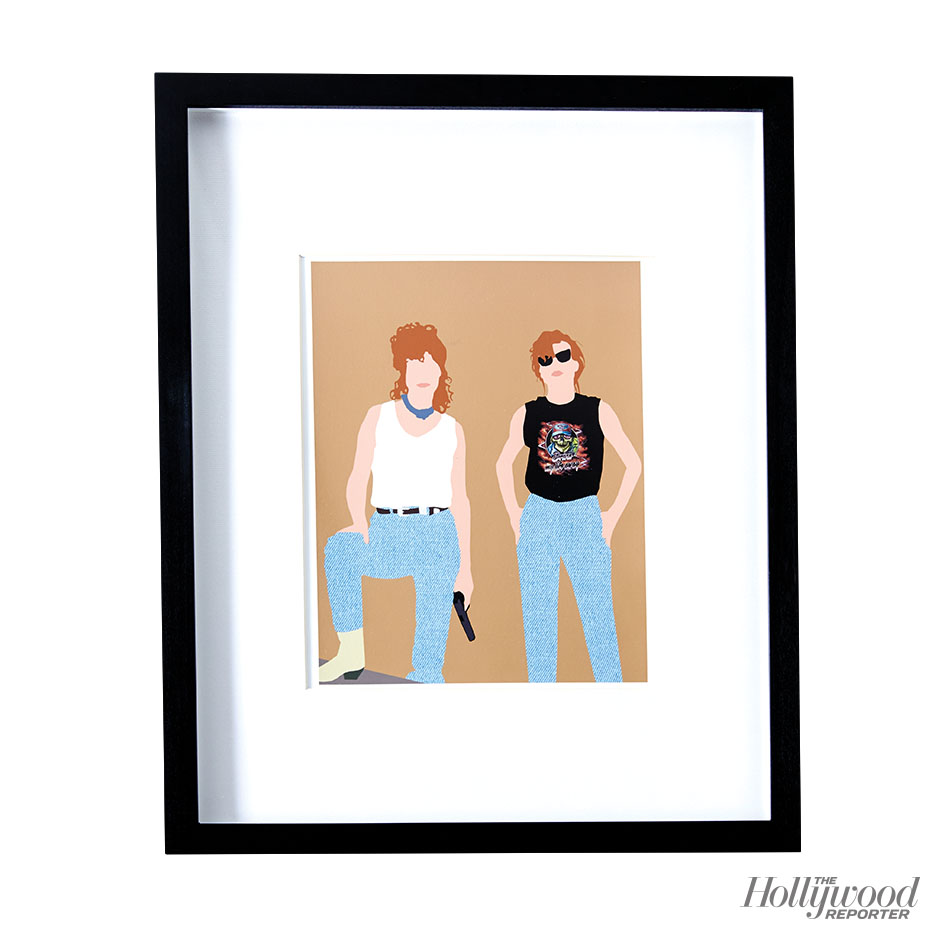 How do you compete?

We have a tremendous amount to offer, but we have to do a better job of telling that story. That’s a mission of mine. We can still get the word out that a show is on and it won’t get lost. Ask [creator] DJ Nash about his experience on A Million Little Things versus some of my friends who toil away at the streamers, getting [a show] put out one Friday with nary a billboard and hoping the algorithm works. And there’s no bigger money than broadcast backend. We have to remind people of that.

What’s been the biggest adjustment in switching jobs?

The scope and scale. I look out the window fondly at Freeform sometimes and think, “Oh, to only have 10 shows to worry about!”

To get back to No. 1 with women. To rebound from a tough fall. I’m fighting for risk-taking in so many aspects of what we do — from storytelling to how we approach our relationship with broadcast standards to the kinds of talent we’re chasing and marketing we’re doing. And to remind everyone that we must be scrappy.

Are you concerned about alienating male viewers if your larger objective is to bring women back to ABC?

It won’t. It’s not a radical shift — it is about leaning, to a degree, more into female-forward programming that is also male-inclusive.

Is it possible to grow or is your task now just to stop the bleeding?

It’s possible to grow. Look at The Bachelor. It’s recruiting new viewers in season 23. I can’t accept the status quo. My job is to grow wherever we can.

We start with scripted then focus on what broadcast can do specifically, uniquely and best: live events. Since I’ve been here, we’ve bought a few big tentpole live events. Also, we’re having conversations with our partners at ESPN and the news division about collaborating on big tentpole events.

So many of them are at 20th Century Fox and ABC Studios. But some of our own are doing streaming shows, and my goal is to get them to focus on delivering for broadcast — like Carlton Cuse. I cannot wait to have Steve Levitan in-house and for his next show. I already have an idea for Dan Fogelman. And I would love to work with Judd Apatow and Charlie Covell (of Netflix’s The End of the F***ing World).

How do you intend to make broadcast more talent-friendly?

We are already implementing some changes. We picked up [author Liane Moriarty and star/ EP Heather Graham’s] The Hypnotist Love Story early and first as a signal that we are willing and supportive of doing a certain number of series every year that will be shorter orders. That show, in success, will only be 15 episodes a year. We have two other pilots where we agreed to shorter orders at the request of talent. Talent’s important to us. Look at the four acting Oscar winners this year: They’re TV stars. Never has there been more of an opportunity for actors to go back and forth between film and television. We have to make that possible. 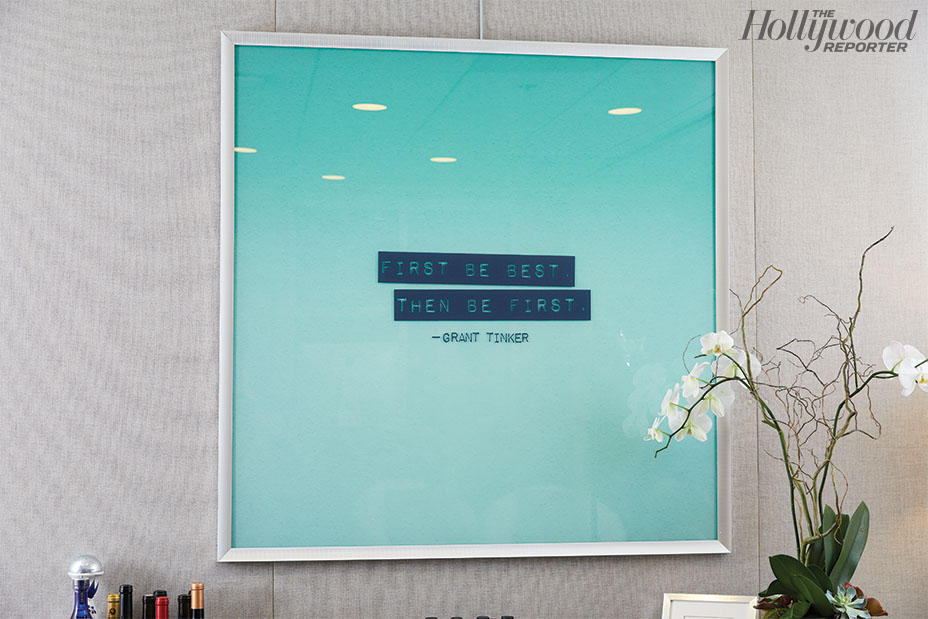 In your talks with ESPN, are you making a play to bring sports back to the network?

I hope so. We have a great relationship with the NFL, and our partners are actively in talks with them about continuing that. I’m looking forward to airing the entire NFL Draft [April 25] for the first time on ABC. We’re working with ESPN and the NFL to make it a big event, airing across three days.

ESPN and ABC could share content. Is there an opportunity, given your history with Freeform, for ABC to be more integrated?

We’ve been talking with Tom Ascheim and his team about grabbing a couple projects for ABC and partnering on some holiday movies. And we’re actively talking about more opportunities between Black-ish and Grown-ish to do unconventional things that only we can do together.

Jimmy Kimmel is in the last year of his contract and has teased retirement. How much of a priority is it to you to keep him?

How soon do you expect to hear his decision?

Soon because he’s got a lot of big ideas and plans and other things he wants to produce with us and we want to get all that going. 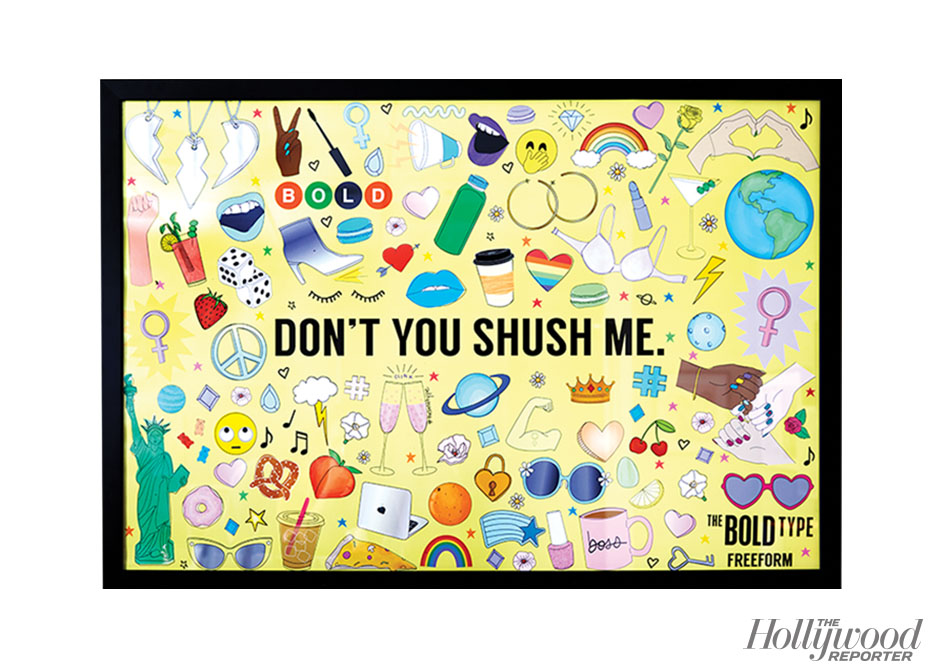 This was your first Oscars. To what do you attribute the ratings gain?

Three movies up for best picture made over $200 million. They deserve a lot of the credit. And so many people tuned in to see Lady Gaga and Bradley Cooper sing. Every time that clip is watched, it’s got the ABC bug in the corner. I love that. It’s going to be in every promo reel I do. People tuned in expecting to see a train wreck and got a good show instead.

Will there be a host next year?

We’re having those conversations with the Academy right now. We are extremely happy with how the show went. Odds are you’ll see us repeating what we consider to be a successful formula.

What was it like for you to be in the eye of the storm amid all the controversy surrounding Kevin Hart and the brief non-televised categories?

It was unnerving. Never before have I had the illusion of so much responsibility and yet felt quite powerless. If the Oscars can serve as a harbinger to how we approach things in my tenure here at ABC, I will be very happy. Expectations might be low but everybody here made bold choices, did risky things, had each other’s backs and pulled it off.

The Fox-Disney merger is creating jitters on both lots, with layoffs expected to be in the thousands. How are you managing that?

I’m trying to be as transparent as possible, sharing what knowledge I have as I get it. Jitters come largely from lack of information.

We have our own long-standing relationship with Marvel, and I’m in active conversations with Jeph Loeb about what future projects are going to look like here that will live outside of Disney+. Star Wars is more challenging but not impossible.

One of your first decisions there was to announce Modern Family‘s final season. Will there be a spinoff now that Disney owns the show?

Like the rest of America, I can only hope! We will dive into those conversations very soon.

You’re developing an original live musical for ABC. Any movement on that?

How did your experience as a producer inform your approach as an exec?

I hope that I have empathy for everyone when they’re walking in the room to tell their story because networks can be scary places.

What’s the worst pitch you’ve ever been involved with?

When I was with Ashton’s company, we went into CBS with a singing show with Mariah Carey — post American Idol — and were convinced it was a slam dunk. Every network wanted her. We pitched it to Les Moonves and his team with Mariah and Nick Cannon and walked out with such a hard pass. We lost control of the room. I questioned my validity as a producer because if you can’t walk out of a room with Mariah Carey and some kind of sale you maybe should go back into being an executive.

You own Face Haus with UCP president Dawn Olmstead. What did launching a facial company teach you about running a network?

Dawn and I approach it as if we were producing a business. I did everything but actually give a facial, which I am not qualified to do. Respecting the people who actually do the work, deliver the service, make the magic, has a lot of parallels with this job.

A version of this story also appears in the March 27 issue of The Hollywood Reporter magazine. To receive the magazine, click here to subscribe.