The Trump administration has upended the news cycle — and the lives of the people charged with covering the tweeter-in-chief. “It’s been intense,” admits James Goldston, ABC News president since 2014, when he inherited the 1,200-person division from now Disney-ABC Television Group chief Ben Sherwood. ABC News — like virtually every other TV news organization save for Fox News — has been maligned as “fake” and “dishonest” by President Donald Trump. Says Goldston: “We don’t regard it as our function to take sides. This isn’t about us.” But the political divide was an inescapable factor during the “pink slime” defamation suit brought against ABC News by a South Dakota meat processing company. Goldston insists that the staggering settlement in June — at least $177 million — did not precipitate recent layoffs at the news division, which like many media companies has now been drawn into the harassment scandal, with several women accusing former political director Mark Halperin of harassment in the 1990s. (The women have said they did not report the incidents at the time.) “It behooves all of us to look carefully at our cultures,” Goldston says. “It’s very important that anybody in this organization who feels that they’ve been a victim of harassment in any way feels free and empowered to report that.”

Still, for Goldston — who grew up in Heston, England, was the first in his family to attend college (Oxford) and became a U.S. citizen in March — running an American news division is an extraordinary achievement. “It would never have crossed my mind that that was possible,” says the 49-year-old, who lives in New York’s Brooklyn Heights with his wife, author and BBC correspondent Laura Trevelyan, and their three sons, ages 17, 15 and 11. “I still have to pinch myself.”

How has the chaotic Trump administration affected your job?

It’s been intense. I don’t agree with this notion that it’s fundamentally different to other news cycles. Our approach has been to play this straight down the line. This is the most fascinating political story for a generation. And I personally am in it every day in every detail. 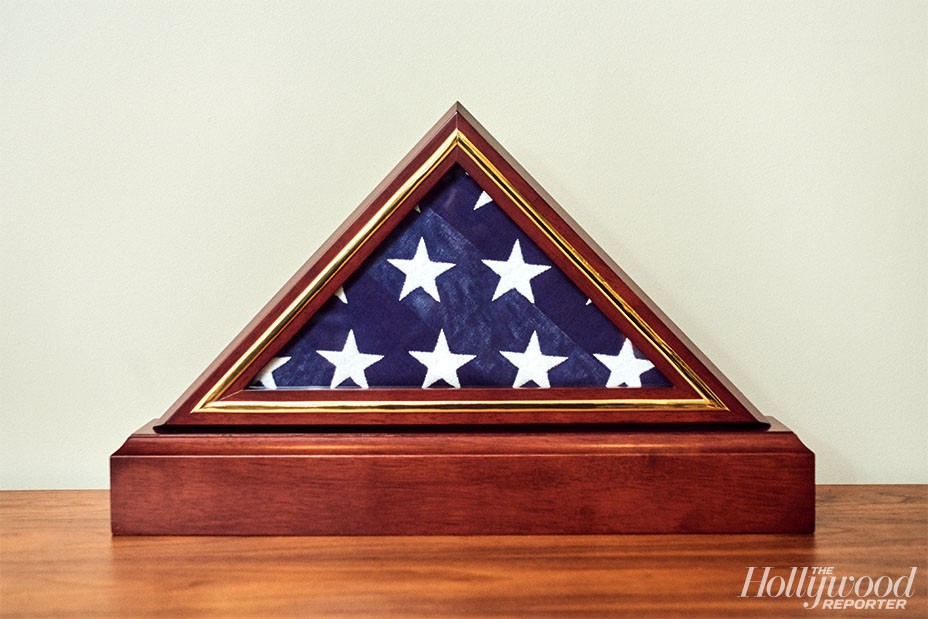 What do you think of Trump’s steady complaint about the media being “fake news”? He recently went so far as to say that broadcast licenses should be challenged.

We’re focused on our jobs, and I think this is a new golden era for journalism. I actually think the quality of the reporting, not just at ABC News but right across the industry, it’s been absolutely extraordinary. If anything, this debate just reminds us that what we do is really important.

Doesn’t it bother you?

We will always defend the reputation of the news division against all comers, against anyone. But our best defense is always the work that we do.

Has Trump ever called you personally?

Over the years he has, but not recently.

What do your friends and family in England think about what’s going on in this country right now?

(Laughs.) I mean they [view it] with enormous fascination, as the world does. I think the world is agog watching. The stakes are high. I think everyone is watching. One of the things that makes this story so interesting, this moment so interesting, is nobody knows where this goes.

ABC News’ settlement of the pink slime case — or should we call it the “lean finely textured beef” case — is the most ever for a news organization in a defamation suit. Do Trump’s “fake news” tweets make these cases hard to defend?

I’m limited in what I can say on that case. The only thing I would say is, our commitment to investigative journalism is undimmed, and we will continue to report without fear or favor on all the subjects that are important to our audience, always.

That’s been true for a long time. But at the same time, World News Tonight and ABC News as a whole can reach users here and all around the world in gigantic numbers in a way that we never could before. We will hit for the first time this year 10 billion video views across all of our nonlinear platforms. It’s an enormous number of people interacting with our work and with our journalism. 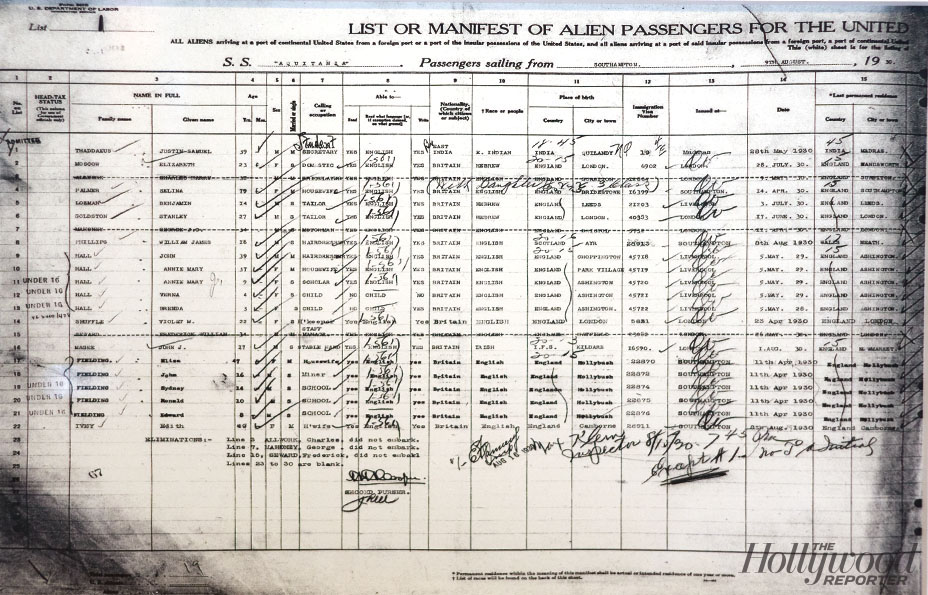 ABC News met with Megyn Kelly when she was exiting Fox News. How do you think her NBC morning show is doing?

Megyn is a tough and tenacious reporter. They need to be patient. These shows take time to grow and evolve. And I’m sure they will be patient with her.

I believe the best way for us to fulfill our public service remit is to be as successful a business as we can possibly be. That’s the way that we get the resources and the backing to do the work that’s incredibly important to us. The company is unwavering in its commitment and its support for what we do. And Bob Iger is personally invested in their work, pays very close attention to what we do and is a fierce supporter of our work. We believe in having a robust business. That’s the best path forward. And for us at least it’s not true that profit margins have shrunk at all.

The ratings for Good Morning America were down again last season, as were Today‘s. And CBS This Morning has started to plateau. What is going on in morning news?

Look, the first thing I want to say about Good Morning America is, we’re going into our sixth year as the number-one show in the morning. But one has to recognize that habits are changing in the morning. The first button that everyone would push, up until relatively recently, was to turn on their television. Now the first button everyone pushes is on their phone. That’s a big, systemic change. The show’s doing a good job of adapting to that. But we have to recognize that some of those basic functions in the morning have changed. So we have to build a deep connection with our anchors. You need meaningful, exclusive journalism that you’re not going to get somewhere else. And you need to have that deep connection with the audience so they want to turn the show on every day. 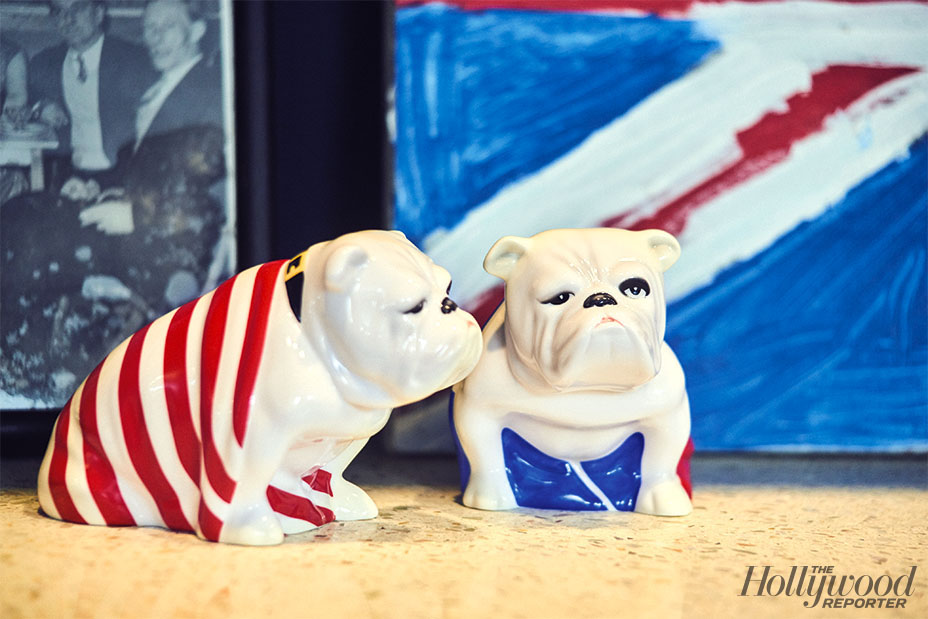 Michael Strahan was brought in to try to achieve that. But Trump has forced all of the morning shows to be more newsy. And Michael is not a politics guy. Has he been left a bit out of his element?

I honestly think he’s doing fine. He’s adapted, as the show has adapted, to the new world. He plays an important part in every single part of the show. There are not that many people who are adaptable enough to be able to play all four half-hours of the show. That’s a very, very big ask. And I think he’s going to be a great morning anchor.

Sometimes he’s not even on the show’s first hard-news half hour.

He plays a meaningful part in every half hour. I’m not sure I agree with that. He’s there. We play to each of our anchors’ strengths. We have in George one of the most brilliant political minds. So it makes sense for him to lead those conversations. But that doesn’t mean that Michael can’t play a part. And often does. 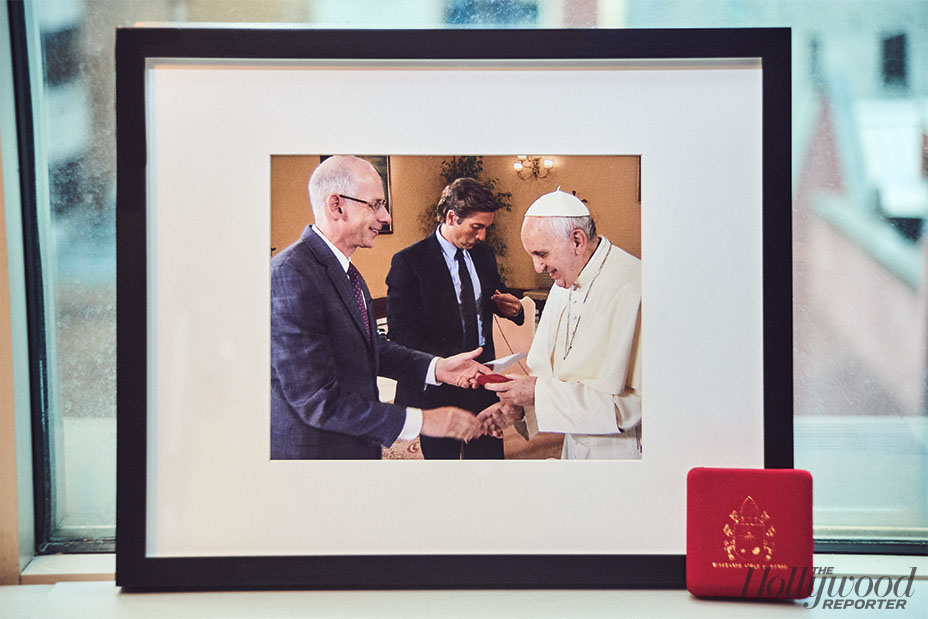 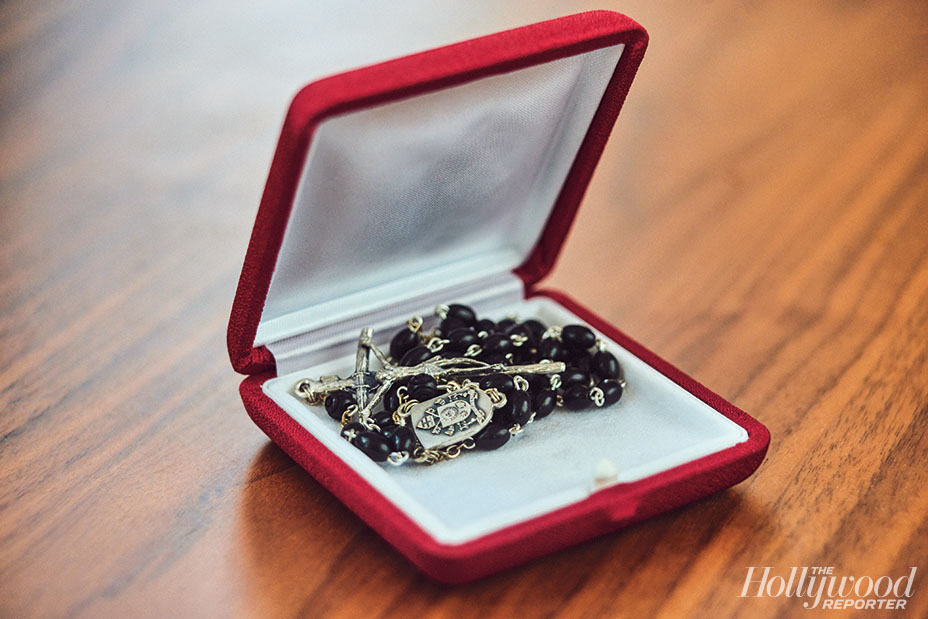 When Hurricane Harvey hit Houston, Strahan’s hometown, he was on vacation. And there were reports that he refused to cut his vacation short to cover the hurricane. Couldn’t that have been an opportunity for him?

It was an opportunity. It was an unfortunate situation. He was caught out of position. He was on his vacation in Europe. He got back as soon as he could get back and went straight to Houston and was every bit the person that we know he could be. There wasn’t any truth to that whatsoever.

Robin Roberts is doing specials. Strahan still has his Fox Sports job and hosts a game show. When you look ahead to GMA in five years, are George Stephanopoulos, Roberts and Strahan still your anchors?

Gosh, at the moment we take all of these things day by day. But I very much hope so. This is a formidable winning team, and as long as they’re happy in the work and succeeding in the work, long may it continue. 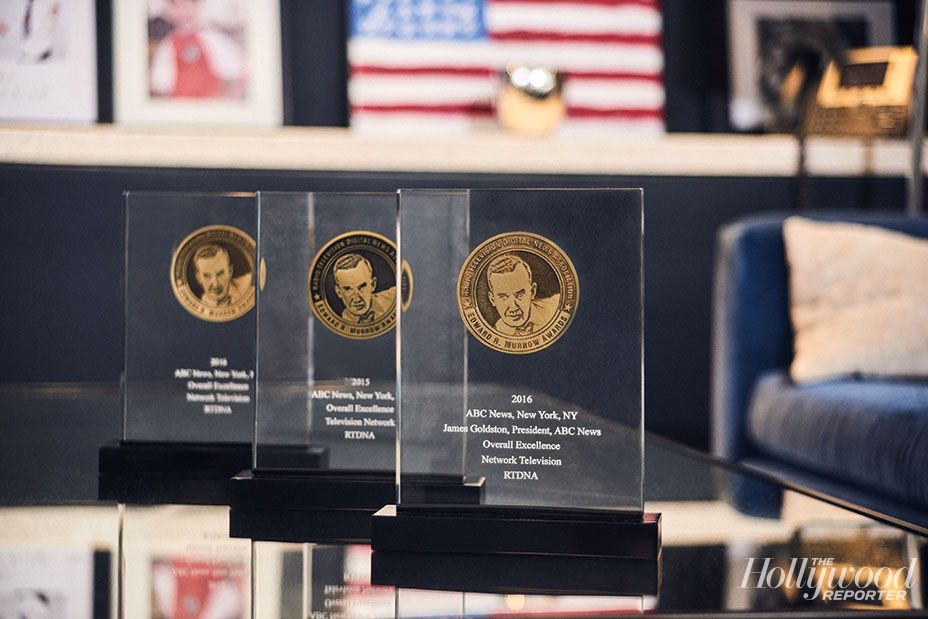 There has been speculation about Roberts transitioning from GMA to a daytime show.

Robin is the beating heart of that show, and she has a very unique position in American culture now. And she’s already doing all kinds of things. She has a production company that is doing really interesting work.

So that’s your team?

For the foreseeable future?