Continue to The Hollywood Reporter SKIP AD
You will be redirected back to your article in seconds
Skip to main content
May 15, 2017 6:45am

One week out from ABC Entertainment’s May 16 upfront, Robert Mills’ Burbank office is a kitsch-covered sanctuary in the midst of white-collar chaos. Decisions about renewals, pilot fates and the fall schedule are being weighed across the 10th floor of the company’s headquarters. But for the 43-year-old reality chief, surrounded by framed New England Patriots jerseys and ephemera from his Bachelor franchise, the big work is done: He just wrapped the deal of his career to date with ABC’s acquisition of American Idol. The resurrected singing competition, which ended a 15-season run on Fox in 2016, will add an anticipated 40 hours of programming to an already meaty alternative slate that includes Shark Tank, Dancing With the Stars and a suite of rebooted game shows.

Head of alternative series, specials and late night since 2015, with 11 employees in his department, the married father of two has a rare endurance hit in top performer The Bachelor and its spinoffs, including The Bachelorette, which returns May 22 with its first black lead. Right now, however, Mills’ attention is drifting to 2018. That’s when he and bosses Disney-ABC Television Group president Ben Sherwood and ABC Entertainment president Channing Dungey have the daunting task of making Idol a hit again.

How did the Idol deal come together?

I have an incredibly close relationship with the people at Fremantle — especially [North America co-CEO] Jen Mullin. She called, maybe in January, but it sounded like there was going to be a bidding war. We sort of let it go, and it played itself out in the press. Randomly, on vacation, Ben ran into an agent who represents [Idol co-owner] CORE. By then, it was on moratorium with Fox and NBC, so Ben talked to Channing and me. Sometimes you have to look at something from a different angle to get really excited. 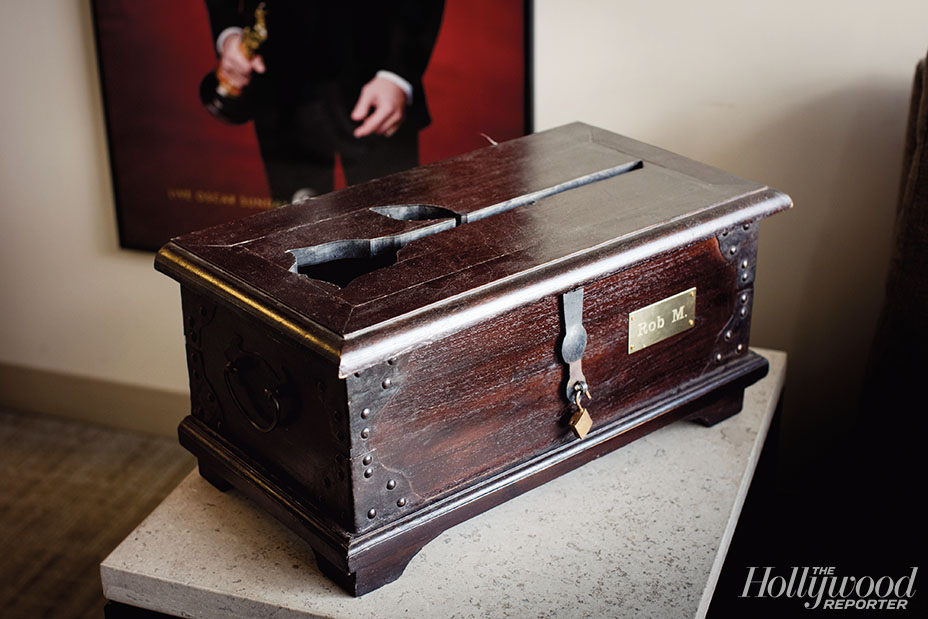 How did you pitch it to the producers?

Ben is looking at it not just from an ABC standpoint, but a Disney one. Our idea for Fremantle was to put Idol on in the spring, use the Oscars as a platform and launch it as this big return, around the same time it used to air. It was about showing them all of our platforms: We can have auditions in the parks; we can amplify, not just at ABC, but with Disney Channel and Freeform. There’s a couple of different scenarios about the nights it will air — and, of course, there’s the Ryan Seacrest of it all.

What’s the latest there?

There has been some very early reaching out. He really wants to be as good as he was on it before, while now giving his all to Kelly & Ryan. I think he can do both; he thinks he can do both, but he’s giving it some serious thought.

Can the show make money, or do you see it as a loss leader?

What you can’t do is come back as bargain-basement Idol. We’re going to make sure the talent is right, and we’ll do what we have to [do to] make it bigger and better than ever. We want to use it as an asset base to launch scripted programming, like it did on Fox. If it returns at the levels it left, it’s going to do really well for us.

Moving away from that, why did it take so long to get a non-white lead on the Bachelor franchise?

We had to go about it very slowly, so we didn’t do anything knee-jerk. It could have been insulting. Channing said we needed diversity, but we had to do it with the right people. We’ve gotten better at casting and we’ve done more outreach. You just knew Rachel [Lindsay] is a lead. She would have been five years ago, and she would be five years from now. 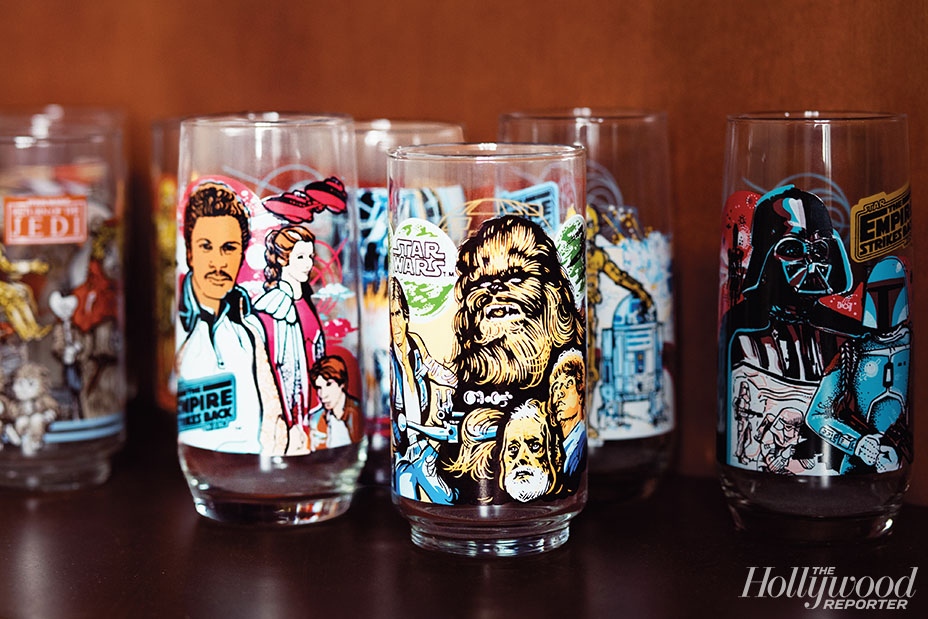 To what do you credit The Bachelor‘s ratings resilience?

When I first started working on the show, we thought it would have a couple more seasons. Then it would ride off like some scripted comedy or drama. It used to be this guy who was unattainable, but then we started using people from previous seasons and it became this soap opera. Now, it’s not just sustaining itself. The audience actually gets younger each year. Women who didn’t have children when it premiered now have daughters who are old enough to watch it with them.

A couple years back, the show started acknowledging that these people have sex on the show. What was the discussion like to let that genie out of the bottle?

Nick [Viall], in his first season on The Bachelorette, said something like, “Then why did you make love with me?” when he got kicked off. I don’t think it was a standards and practices conversation. It’s nothing incredibly untoward. It was sort of organically brought in. Once we admitted that there are relations in the “fantasy suite,” we started playing with it. Like everything, The Bachelor can’t live in a vacuum. It has to evolve to stay relevant.

Jimmy Kimmel has gotten flak and praise for his recent Live! monologue about his son’s heart surgery and the GOP’s health care legislation. What’s your take?

I’m incredibly proud that we have a late-night host who started a conversation on the fact that everybody deserves health care. Jimmy, in a lot of ways, would be a great politician, because he truly cares about everyone. But I feel bad that anyone is putting any sort of negative spotlight on this, because it stemmed from a guy suffering something so horrible.

You’re the ABC executive in charge of the Oscars. How do you remember the envelope debacle?

The good thing about the [Oscar mistakenly being given to La La Land instead of Moonlight] is how elegantly both producers [Michael De Luca and Jennifer Todd] handled it. It didn’t make it OK, but it’s not a shameful footnote. It was actually kind of exciting. And whenever they do Oscar highlight reels, this will always be part of it. 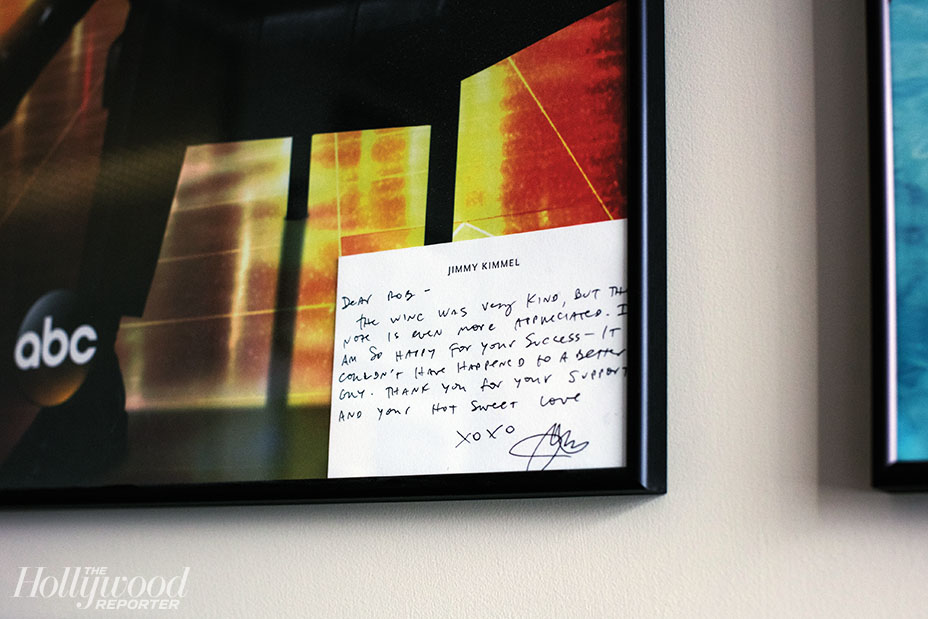 You’re adding a second Steve Harvey series, Funderdome, on top of his many shows elsewhere. Is there a saturation point?

We’re going to find out this summer! (Laughs.) The first call I got on this job was [from] his agent at WME. I said I was dying to put Family Feud in primetime. Steve gets on the phone and goes, “Wow, you think I could be on primetime?” He was stunned. Others have been smart enough to grab him. Nothing would have made me happier than to have him here exclusively. He’s the closest I’ve ever seen to Richard Pryor.

Is it a blessing or a curse to have Mike Myers hosting the Gong Show — but not be able to promote it as such?

I only know Tommy Maitland, and I’m very excited for people to discover him. (Laughs.) We’ve shot three episodes, and he’s really gotten comfortable with it. You can see something special in there. 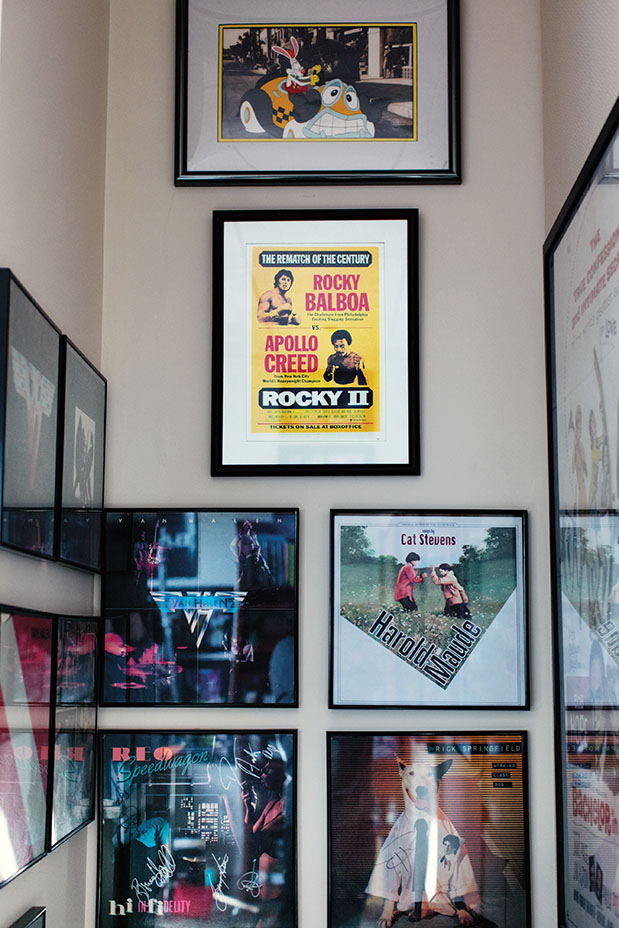 What was your first ABC series, from development to air?

There’s a lot of disposable reality shows, and this was one of them. It was a show called Master of Champions. People with bizarre talents would compete for this judging panel. I became an executive in March, and we had have it on by June. Nothing good comes of making a show in two months. It was fun, but I think I’ve seen many more canceled shows than big hits.

Your job is known for its high turnover. Did that make you apprehensive when you took the promotion?

This is a dream job. I feel like Tom Hanks in Big. Holy cow, I pick TV shows that go on air. If they work, that’s great. If they don’t, I’m probably not the right guy for this job. 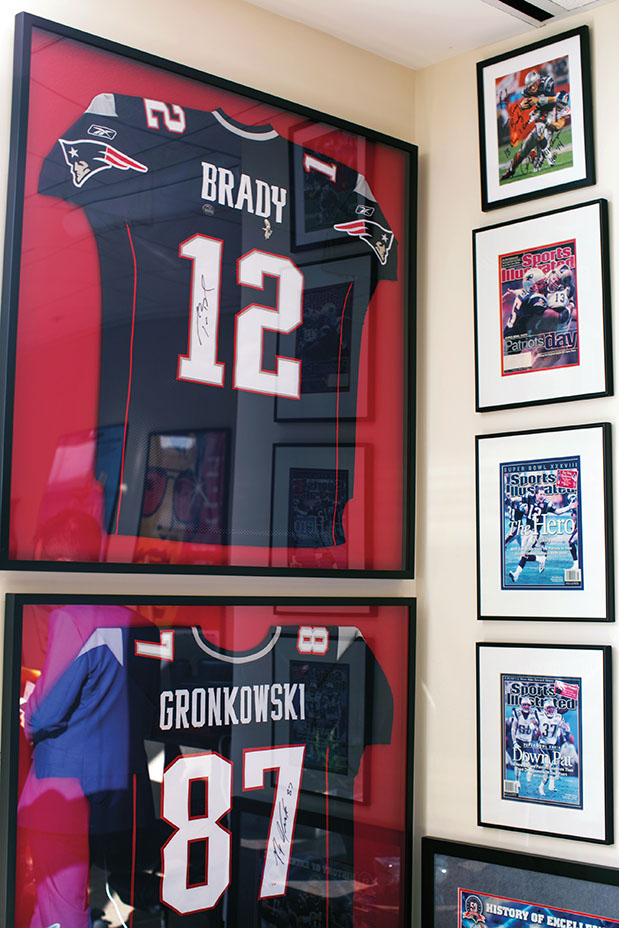 What career mistake have you learned the most from?

When The Voice was pitched, I didn’t get it. I thought the chair thing was a joke — like, you’d hear a voice, think it was Britney Spears, and it would be a 300-pound woman in a Rascal scooter. I thought it was supposed to be mean! You have to really think these pitches through, because maybe your idea of something isn’t what it actually is.

Who is your ultimate get for Dancing With the Stars?

Sarah Ferguson, the Duchess [of York]. She’d be great. Now the get of gets is Richard Simmons. He’s somebody I’d just love to hug. This is his formal offer. I hope he reads it. Come on, Richard. You have carte blanche.