When Hulu’s The Act premieres March 20, it will be the second TV drama Patricia Arquette will have headlined in the span of just a few months.

Her fearless turn as Joyce “Tilly” Mitchell, a prison worker who begins an extramarital affair with two convicted murderers, eventually helping them to escape a correctional facility in upstate New York in Showtime’s critically lauded Showtime limited series Escape at Dannemora, won her plenty of hardware. Next up, Arquette will play Dee Dee Blanchard, a woman suffering with Munchausen syndrome by proxy in Hulu’s highly anticipated drama The Act. The Hulu original shares strands of DNA with Tilly’s story as Arquette spends most of The Act‘s eight episodes making questionable choices, hurting the people she loves and delighting in her own narcissism. While Tilly represented a messy, sexually liberated anti-heroine, Dee Dee is a model for an uglier, more complicated look at motherhood.

Before the show’s premiere, Arquette spoke with The Hollywood Reporter about her new role, her fight for women’s rights and her transformation into “unlikable women” onscreen.

Both Dee Dee and Tilly would be described as “unlikable women.” They make some questionable choices. What do you make of this surge in spotlighting unlikable women onscreen?

I don’t think there’s some sudden surge in that. Hopefully we’re getting to a place where we’re just willing to start looking at all different kinds of women. As an actor, for many years, I heard things like, “Oh, you’re the nice wife, the nice girl, the likable person,” and even if she was a bad girl, “Don’t make her unlikable.” There’s just this weird pressure. So hopefully we’re moving away from that to just allow more complicated people, men and women, all kinds of stories.

The Act gives viewers a portrait of motherhood that’s complicated and messy. As a mother yourself, was there something about Dee Dee’s struggle that you identified with?

Dee Dee is an intense case because she goes against everything that nature builds in. Your parent is supposed to defend you and protect you from danger and all these things, but these parents are actually putting their children in danger. My daughter went away to school when I started this, so I thought that kind of phobic attachment, that fear of your child leaving you, being out of your sight, being away from you, the fear of not being able to handle missing them, all of that stuff … I was feeling some of those feelings with my daughter breaking away in a natural way, so I decided to distort that because I don’t think Dee Dee could handle that. 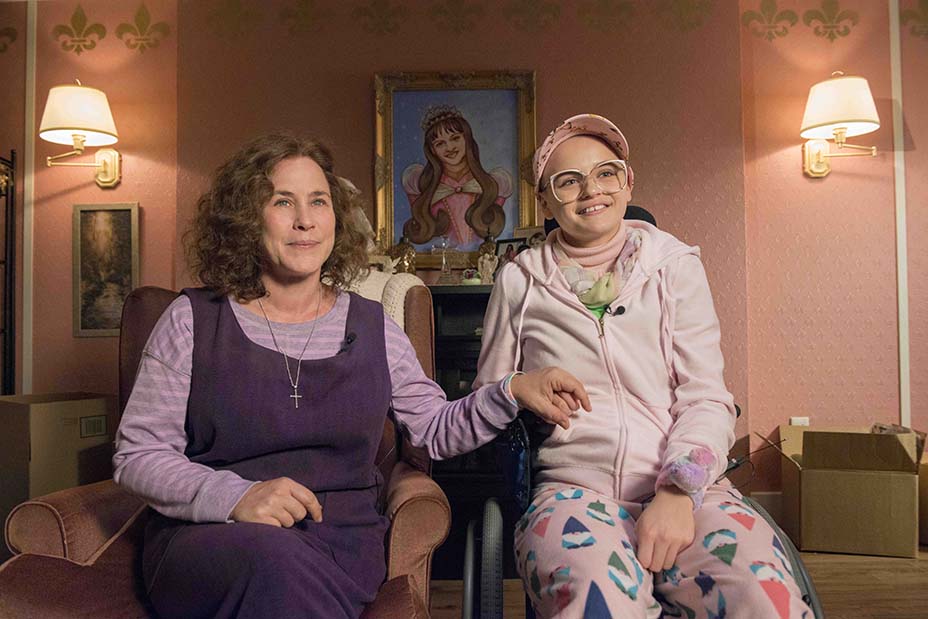 You’re right. I think in general, women’s and men’s mental health, we really are still in the dark ages about it. We don’t spend enough money researching it. If we see people in photos that look normal, we expect them to “act normal,” and we don’t understand what’s happening in the interior, or really value that. We don’t have as much empathy for that, and certainly not very much understanding about it. So, I do think that we have a long way to go, and I think it’s just dangerous for the children, or the person that these people are taking care of, but also for the person themselves. I think it’s a miserable situation for all involved.

Do you think TV and film are doing a good enough job of telling these kinds of stories?

I’m sure we can improve. As far as women go, only about 20 years ago they discovered that almost no scientific test subjects for medications were women. Pressure from lawmakers made the scientific industry start including women in medical trials, but before then they weren’t even aware of how much of a safe dose it was for women’s bodies. And it’s still not equal parity as far as science, let alone mental health things, I think. We have such a long way to go [in terms of] understanding people and finding best practices. I still know a lot of people today who have used shock treatment recently as a form of treatment. Where are the new forms of treatment?

A few years ago you gave a speech at the Oscars demanding equal pay for women. How much more difficult is it to follow through on that when you’re in a one-on-one situation?

I’m not going to stand here and say it’s not difficult. There’s a group called the American Association of University Women and they really give great courses on how to fight for your rights and how to ask for raises. They give you skills to be a really good negotiator on your own behalf, but having said that, even with everything we have, there’s still a lack of transparency. So, I’m not standing here saying that everything is resolved by any stretch of the imagination, but there have been bills passed in California, and that’s a good step forward. We have to push to close the gap, to have more transparency and support our local politicians that are pushing to do more. Unfortunately, the places that have the biggest pay gap, states like Alabama, there’s no pending legislation. So really we need to be showing up for those women to try to get things to progress.

Actresses have turned down roles because they knew they were offered to them after another actress had demanded more money and got rejected. People in other industries actively share what they get paid with their co-workers in a move of solidarity. Is that the way forward with an issue like equal pay?

Well, that’s how Lilly Ledbetter and her legislative change came about. Her male co-worker just anonymously left her a note on her desk telling her how much he made. They were both managers and they were making drastically [different salaries], so that really began a huge general conversation about equal pay. When Kennedy passed the Fair Pay Act, they thought, “OK, this is all going to be fine.” If you find out you’re discriminated against, then you’re going to file a complaint and the company will have to look at it and if it’s discriminatory they’ll have to pay you. Well then, when it was challenged in court, the court found you only had 18 months from the moment you were being discriminated against. So that might be the first day you’re hired, but you might not find you’re getting paid less for five years. Well, too bad. You only had 18 months from the moment of the first discriminatory action. So that’s what Obama changed. It made it 18 months from when you discovered that you were being paid less that you could file this action. There are all these loopholes, and piecemeal legislation from state to state, so there’s a lot to be done. 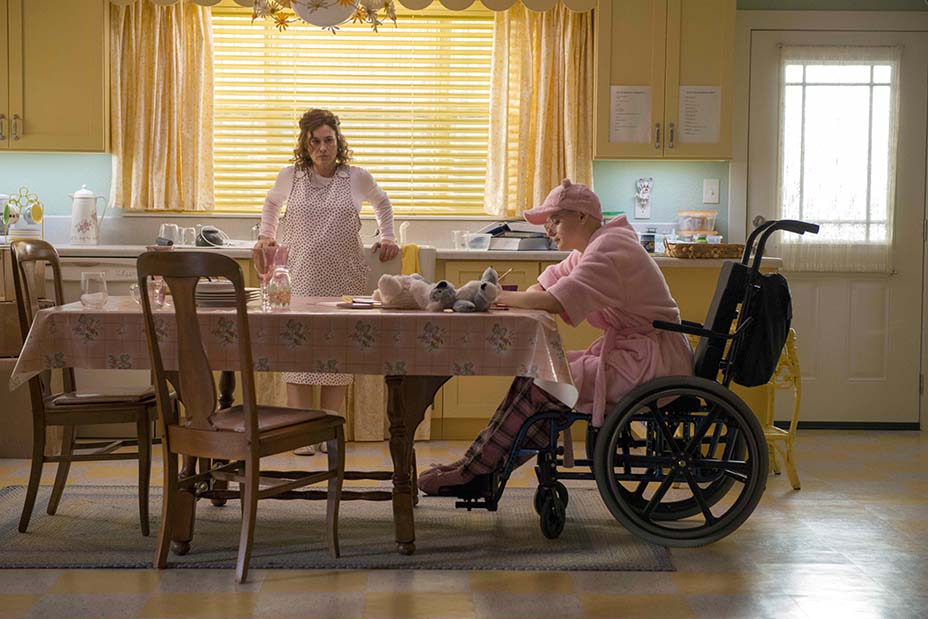 How does that issue of fair play factor into your campaign for the ratification of the Equal Rights Amendment, a bill introduced in 1921 that has yet to become law?

We’re ready for women to be leaders. We just elected women in record numbers. Women right now are active and they’re ready to roll their sleeves up and get stuff done. The Equal Rights Amendment is still very important. There are a lot of states that are talking about the ERA again, like, “Why do we even need the ERA? Don’t we have equal rights?” Certainly, the Constitution doesn’t require discrimination on the basis of sex, the question is whether it prohibits it. It doesn’t. So, here’s a Supreme Court judge, Brett Kavanaugh, who interprets the Constitution from the time it was written, when women were not considered full, equal human beings. Women have to be in the founding document of our country, and it was found recently — a judge in Michigan found it was not unconstitutional to female genital mutilate. So, you have that, you have seven states where a court can force you to co-parent with your convicted rapist, and we have many, many states where child marriage is still legal. So yeah, I think women and girls need equal rights so that they can challenge these rulings.

When we talk about women’s rights, the other side of that coin are the women who vote against these things, against their own self-interests. Dee Dee feels like one of those women in a way. Are we, as women, hardwired to deprioritize ourselves?

I think it’s like extreme codependency. Thinking, “I have to be the person that takes care of everything, holds everything together, the person everyone’s grateful for, the caretaker, the extreme caretaker.” But if you strip all that away, oftentimes codependents don’t feel that they really exist or have any value or worth or are worthy of love if they’re not doing all this extra stuff to make everyone else OK. So, I think Dee Dee’s also an extreme codependent. She’s extremely selfish and she’s extremely codependent and I think she feels that without Gypsy (Joey King) and taking care of Gypsy and Gypsy having this ailment, Dee Dee having to take care of all these ailments, the world seeing her as this caretaker, she wouldn’t exist. She’d be a non-person. Totally unworthy of love and with little value in the world at all.

Patricia Arquette, 'Escape at Dannemora' and Her Year of "Complicated Monster Women"

Do most mothers struggle with those feelings?

You’re getting some of the most interesting roles of your career with women like Dee Dee and Tilly. How has this push for equality, the #MeToo and Time’s Up movements, helped unearth these roles?

Television has always been more forgiving. There’s always been a Cagney and Lacey, a Carol Burnett. There’s always been leads that were women in television. For some reason in television women were always given a little more color. What’s changed now is that we have 500 networks. I still see a real lack of representation in film. Meryl Streep’s had a great career in film, but in general there’s not that many middle-aged women in film. Maybe that’s changing, I don’t know.