Early in the first episode of Aidy Bryant’s Hulu comedy Shrill, aspiring writer Annie is approached by an exercise instructor who grabs her wrist and tells her she could be “so pretty” if she lost weight. “That really happened to me,” says Bryant, 31, who stars in, co-writes and co-executive produces the series (an adaptation of the Lindy West novel of the same name).

The Arizona-born, Second City-trained comedian — who’s in her seventh season on Saturday Night Live spent the first two weeks of summer 2018 on an Italian honeymoon with her husband, former Late Night With Seth Meyers writer Conner O’Malley, before jetting to L.A. for the Shrill writers room alongside West, showrunner Ali Rushfield and comedian Samantha Irby.

Ahead of Shrill’s March 15 premiere, Bryant called THR from her downtown Manhattan apartment (the interview has been edited for length and clarity) to talk about “getting people used to seeing more fat women onscreen,” why impersonating Sarah Huckabee Sanders drove her off Twitter, and her future on SNL.

How did you approach adapting the novel?

Early on in the writers room, we realized [the book] is a very solid foundation for these tentpoles in Lindy’s life: her abortion and her experience being trolled. The fun was being creative in between those things and creating all these other little characters. This character maybe even starts sort of meeker than Lindy did. We were feeling that was something that’s sort of universal to a lot of girls. I know for myself, just trying to make yourself small and nice and totally sweet so that no one notices that you’re a big fat lady. Some of those elements weren’t necessarily in the book but we felt like they filled out who this person was.

The character of Annie doesn’t come across as shrill, so why keep that as the name of the show?

We talked about changing the name — we did! But the thing that’s resonating for us is that this is a person who, for fear of being called fat or shrill or annoying or obnoxious or whatever, has completely buttoned herself up. Through the course of this season — and hopefully more — you see her start to loosen those buttons and find out what it really is to be loud without living in fear of someone calling you a bitch or shrill. The goal is to get to a place where you can fully be yourself in the face of what anyone thinks about you.

You’re much more outgoing than Annie. How do you relate to her?

In some ways it’s a little bit of a before and after. Until I was probably 19 or 20, I was constantly on Weight Watchers, the Atkins Diet, the South Beach Diet. I reached a breaking point where I started feeling like maybe my value wasn’t in the width of my thighs but in my brain and my comedy and my ability to do improv. Then I kind of just said, “Fuck it, I’m not going to do this anymore. I’m going to take all this time, money and energy and put it into trying to achieve my dream, which is to be a comedian.” Two years later, I was hired by Second City. Two years after that, I was hired by SNL.

Are there other instances where your experiences became part of the show?

Someone really did grab my wrist and say, “You’re actually really small and you’re not meant to carry that much weight around.” That’s an insane thing. How do you receive the message? You’re trying not to be rude back but they’ve cut you to the bone. There’s a lot of elements in there that are from my life or from Lindy’s life.

Was it important to you that the show not center too much on Annie’s weight?

In the beginning you kind of have to address it. So often on TV, fat characters are portrayed as if they’re thinking all the time, like, “I’m fat. I’m fat buying coffee and I’m fat walking down the street.” And I don’t think that way. It’s some exterior force that reminds me that I’m fat. Maybe me and all my friends are going to get matching T-shirts but then they don’t have my size and I’m embarrassed. It’s these exterior forces that remind you that you’re fat. It was also important to me that Annie isn’t covering up in big, ugly clothes. She starts cool. She’s got cool friends. She’s got a great family. A lot of fat characters on TV shows, it’s all about weight. They have nothing. They hate everything. That’s just not been my experience. She wasn’t going to get a makeover. She has a lot to start with and she’s got to change her mind and defy all these rules of how you’re supposed to be. 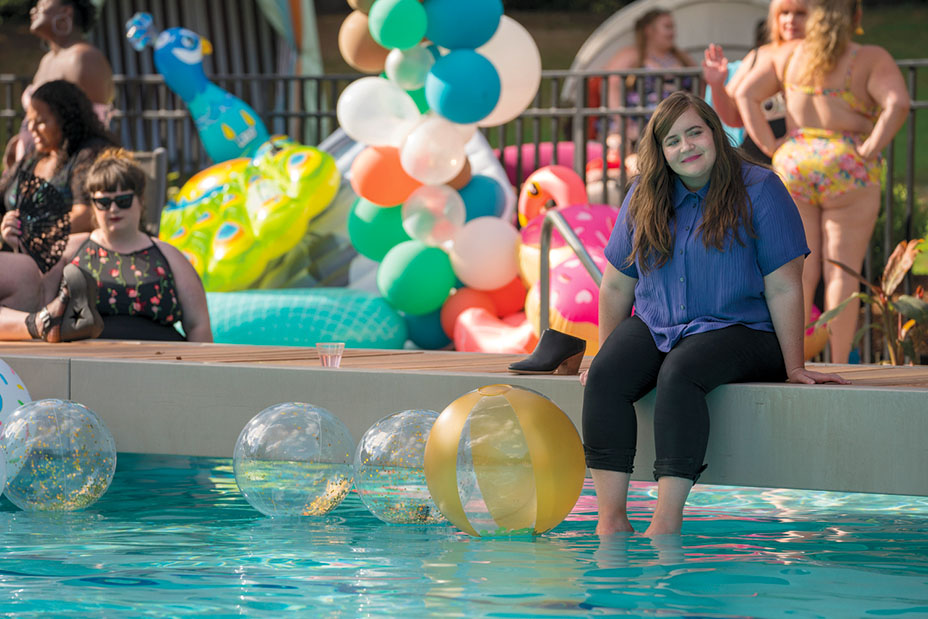 Online harassment is a theme on Shrill. What are you trying to say about it?

Lindy has truly been harassed in a way that is horrifying. These are people who don’t know her and they don’t care. It takes so much of the humanity out of people. At this point, it’s very clear that it’s not going to stop. People are not going to be like, “You know what? Let’s participate in the internet differently.” We have to figure out how we’re going to deal with it. It’s also the way those kinds of comments can truly haunt you. You can read a hundred positive comments and one negative one and you’ll probably think about the negative one for the next three weeks.

When I started playing Sarah Huckabee Sanders, I would just get hundreds of tweets — 50 percent from conservatives saying, like, “You’re a disgusting pig who shouldn’t be allowed to play this strong, impressive woman” and 50 percent from liberals: “You are too beautiful to play that disgusting pig who’s a liar.” They bummed me out equally because it was true vitriol, and almost exclusively about how I look and how she looks. No amount of my friends’ jokes on Twitter is enough for me to need that. Now I don’t see it. That is part of the reason I felt so compelled to have a fat character on TV who has dignity. People just aren’t used to seeing fat women on television. If you look at the number of impressions I’ve ever been able to do on SNL, it’s really small because there’s just not that many fat women in media. 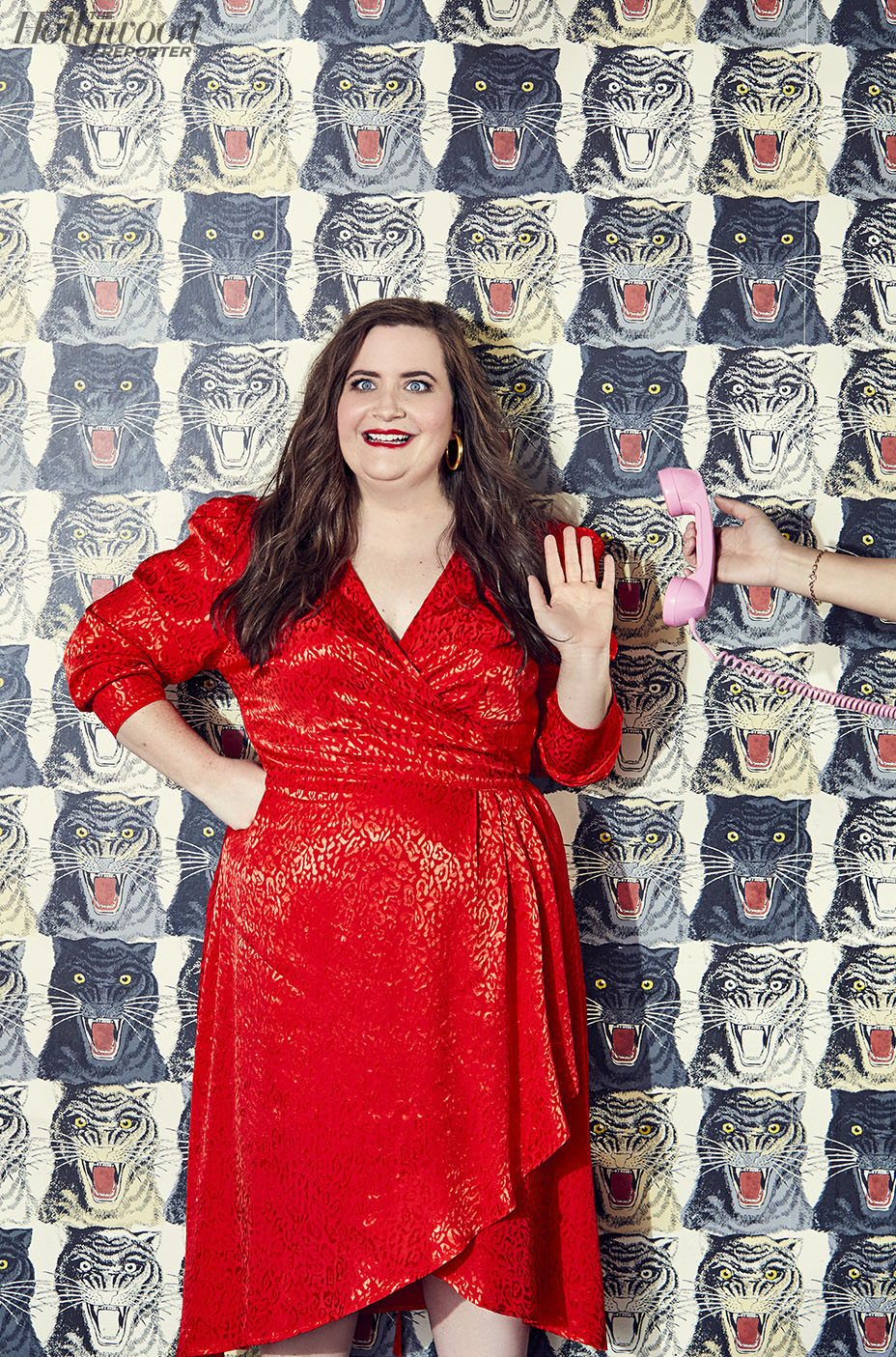 How was it having Lorne Michaels as your executive producer?

I’ve always gone to Lorne when I’ve done stuff outside of the show to get his opinion. Especially because this is kind of my first big thing that’s my own, I couldn’t imagine doing this without him. He got it right away and was so encouraging. It’s a pretty different tone than SNL. It’s been huge to be able to call on him in those moments where I’m like, “What the hell?” I know he has my back.

Have you thought about when you’ll leave SNL?

Certainly. This is my seventh season. That’s a long time. I’m really proud of what I’ve done there but I don’t feel at this moment that I’m ready to go. I’ll definitely go back for another season. This was a huge thing for me, going into Shrill. I didn’t know how to write a narrative show or produce or be in an edit room or work with a music supervisor. Then I started doing it and it was like, “Oh it’s just SNL. I’ve done this before.” That was really empowering. 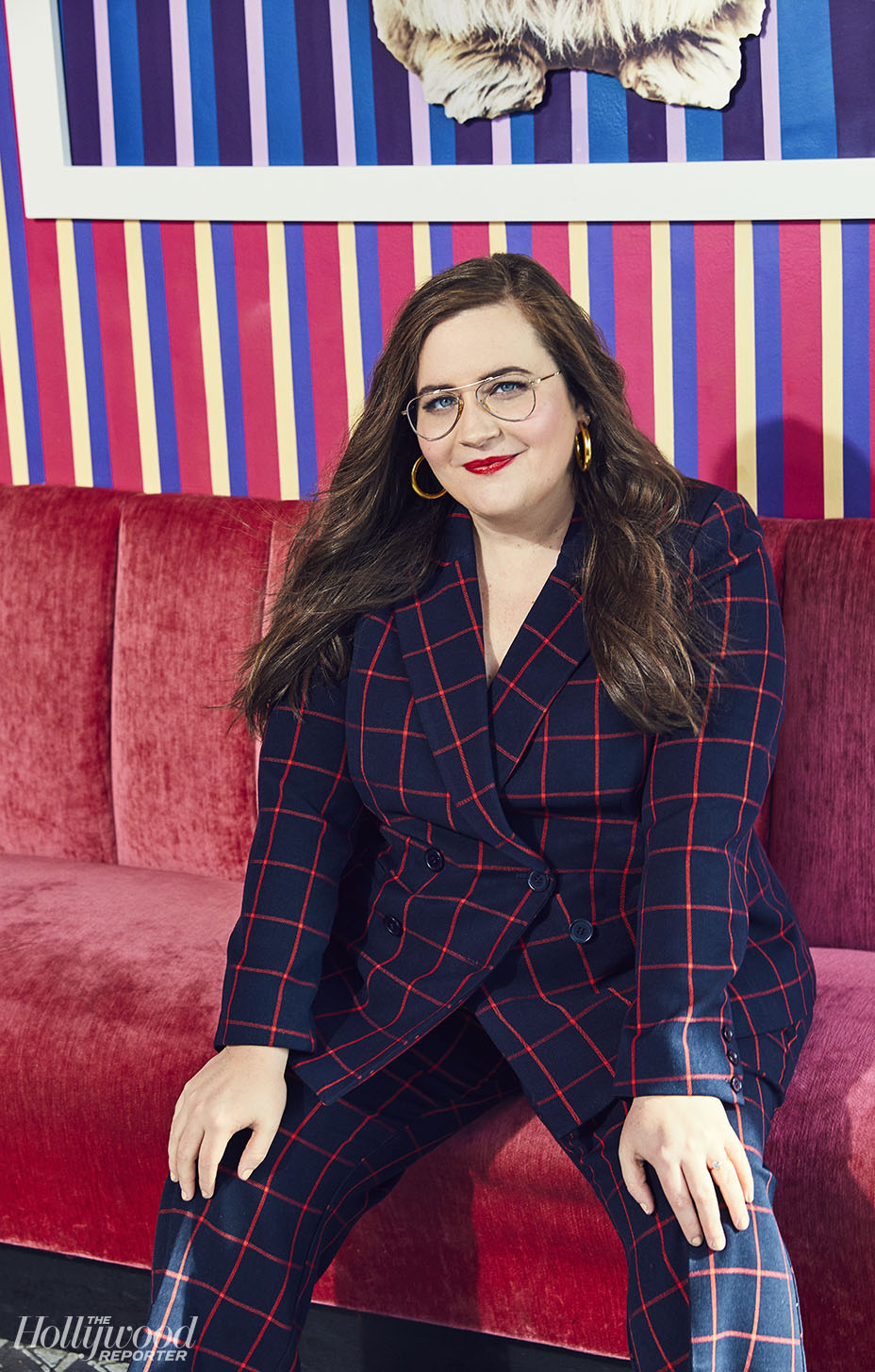 Aidy Bryant-Led Comedy 'Shrill' Picked Up to Series at Hulu

A version of this story appears in the Feb. 13 issue of The Hollywood Reporter magazine. To receive the magazine, click here to subscribe.