Rory Gilmore is trading in press credentials for a red coat and white-winged habit.

Gilmore Girls grad Alexis Bledel has booked a major role in Hulu’s adaptation of The Handmaid’s Tale, The Hollywood Reporter has learned.

Picked up straight to series, the 10-episode drama stars Mad Men‘s Elisabeth Moss and is based on the book by award-winning Canadian author Margaret Atwood. The series takes place in Gilead, a futuristic but simplified world in which fertility issues abound and women’s rights are a thing of the past. In order to keep the population up, government officials in a totalitarian society send young and fertile women — the “handmaids” — to affluent families, where they are forced to help couples procreate via sexual servitude. Get a first look at Bledel in Handmaid’s Tale, below. 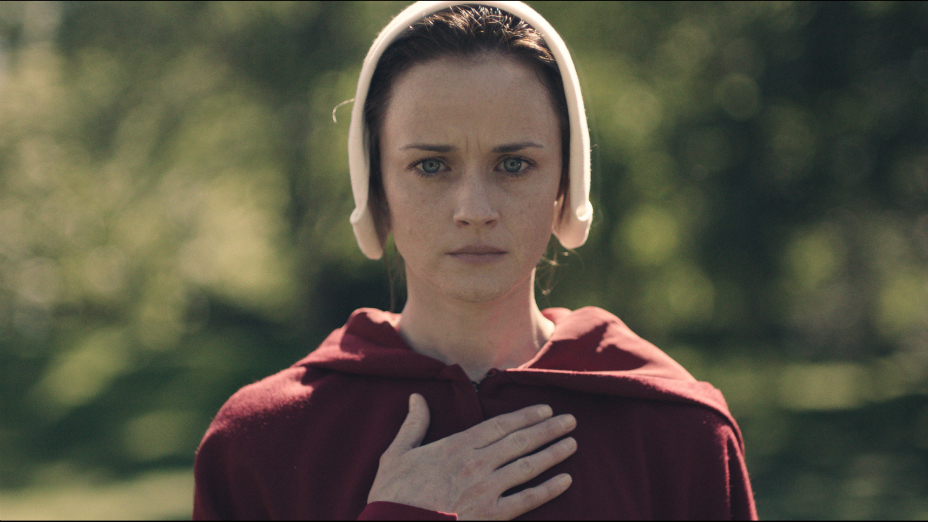 Bledel will portray Ofglen, the handmaid paired with Offred (Moss) for town errands. She eventually becomes an important character to the underground resistance and a confidant of sorts for Offred. At first, Ofglen seems like a pious rule-follower, loyal to the oppressive Gilead system, but she turns out to be daring and subversive.

Although Bledel filmed alongside the rest of the cast during production in and around Toronto in late 2016, her commitment to Netflix’s Gilmore Girls: A Year in the Life meant Hulu could not announce her participation until her contract expired. She will appear in more than half of the episodes with an option to return in the yet-to-be announced second season.

The role marks Bledel’s first gig since Netflix’s Gilmore Girls revival. Before that, she starred in Fox comedy Us & Them, opposite Jason Ritter. The project never aired and was canceled before its premiere in 2013. Bledel’s recurring status also leaves the door open should Netflix and producers Warner Bros. Television opt to revisit Gilmore Girls.

Alexis Bledel Discusses 'Gilmore Girls' Revival: "It's Almost Like Getting a Do Over"

Handmaid’s Tale is not the first time Bledel and Moss have worked together. Bledel guest-starred during the fifth season of AMC’s Mad Men, where her character, Beth Dawes, had a brief affair with Pete Campbell (Bledel’s real-life husband, Vincent Kartheiser).

“This was a happy coincidence. We really wanted to find somebody that could be strong and magnetic with a certain weight to them. At the same time, you want a good actress and somebody who is willing to come in and give everything they have got and do something that they really hadn’t done before,” Moss tells THR. “When Alexis’ name came through, it was perfect. She has this incredible fragility and vulnerability to her, but there is another side — a strength and a toughness to her — that some people maybe haven’t seen. Obviously it doesn’t hurt that she’s a friend of mine.”

Bruce Miller (The 100) penned the script for the MGM TV entry and will executive produce alongside Daniel Wilson (feature film The Handmaid’s Tale), Fran Sears (The Sophisticated Gents) and Warren Littlefield (Fargo). Ilene Chaiken (Empire, The L Word) also will exec produce. Reed Morano will direct and exec produce the first three episodes. Atwood is on board as a consulting producer on the property, which was adapted as a feature film in 1990 starring Natasha Richardson, Faye Dunaway and Robert Duvall.

The Handmaid’s Tale is set to premiere April 26 on Hulu.

Bledel is repped by CAA, Industry Entertainment and Jackoway Tyerman.