In the world of Altered Carbon, dead does not always mean dead, thanks to technology that allows humans to carry their consciousness from one body (or “sleeve”) to the next. But sometimes, dead is very dead, and that appeared to be the case with Takeshi Kovacs by the end of season two — until the very last moment, that is.

The finale, “Broken Angels,” sees Kovacs (Anthony Mackie) sacrificing his own life in order to save the woman he’s loved for centuries: Quellcrist Falconer (Renée Elise Goldsberry), up until this moment the carrier of an ancient entity known as an Elder. Kovacs takes the Elder on and destroys it, as well as his own body and stack (which contains his consciousness) in the process.

“It’s a very noble exit,” showrunner Alison Schapker tells The Hollywood Reporter about Kovacs’ sacrifice. “All season long, all he wants is to get Quell back. Now he sacrifices the thing he’s spent hundreds of years longing for.”

“At some point, you have to be willing to sacrifice everything, and the ultimate sacrifice is the one he gives for Quell,” adds AMackie. “The entire season was leading to that moment. What he’s been going through and experiencing leads to this moment where he asks the question: Who is more important? Who is more valuable?” 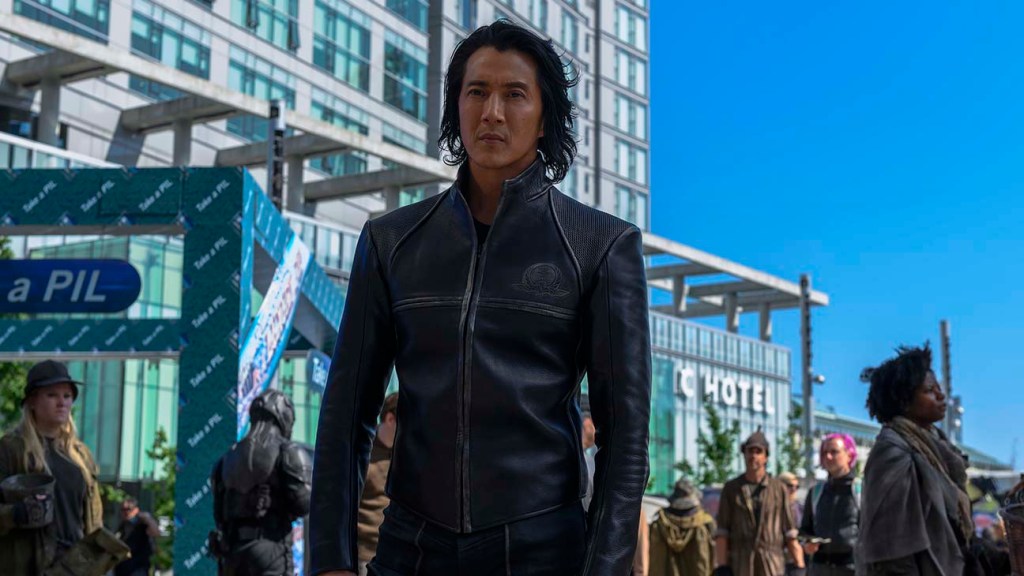 Even in death, Kovacs lives on, potentially in two forms. For one, there’s the version the writers room calls “Kovacs Prime,” played by Will Yun Lee, Takeshi’s original form from season one. In season two, this original is brought back in a younger, more militant version known as Kovacs Prime, though even he eventually comes to see the world through the eyes of the man who lived many lives beyond his own experience — including the entire arc of season one, in which the Joel Kinnaman version of Kovacs was forced to fight and ultimately kill his own sister Reileen (Dichen Lachman).

“Kovacs Prime, who has not killed his sister, still has an understanding of what this other version of himself has gone through,” says Schapker. “He was impacted by Quellcrist Falconer, and that addresses some of the big questions about are we destined to be impacted by certain people? We leave him embedded in the Protectorate. What will come of that?”

And then there’s the Takeshi Kovacs viewers have followed across two seasons. Despite his death in the finale, Kovacs’ artificial intelligence ally Poe (Chris Conner) ends the season building a new stack based on his memories of someone — a someone who is almost certainly Kovacs, reborn again.

“It was an homage to the end of season one, in a way,” says Schapker. “At the end of season one, when you see those boots walk out of the Raven, I was thinking, ‘OK, who’s going to be Kovacs next time? I want to see the next season!’ It had me leaning into the TV. It’s a hopeful note to go out on. It’s a note of anticipation. I love that feeling. I wanted to find a way to end season two with that same feeling of, well, he’s not gone. So it leaves you with the question: Who is he going to be? It’s the conceit of the series. What sleeve are we going to find Kovacs in next?” 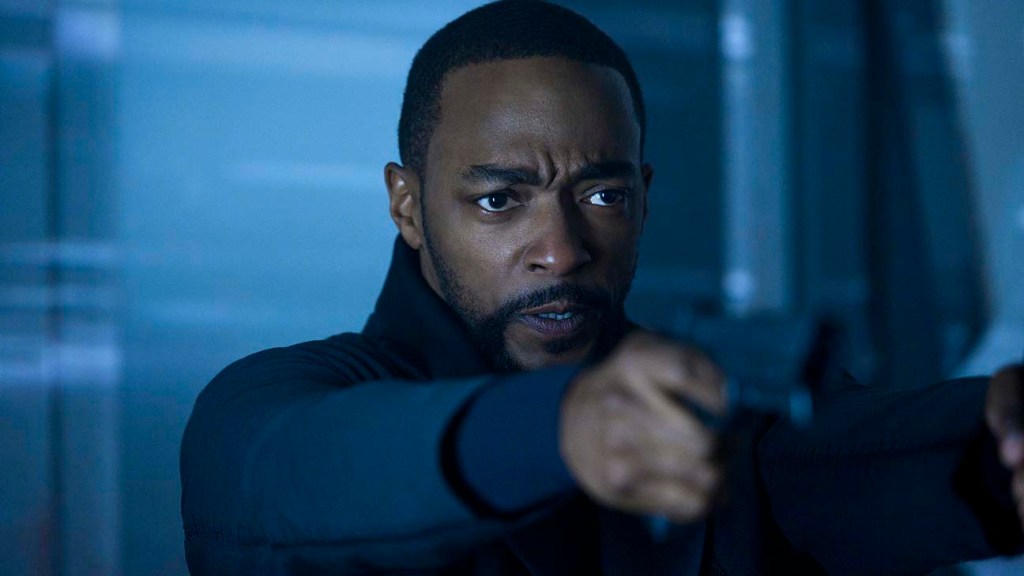 If Mackie gets his way, there won’t be a new sleeve for Kovacs — it’ll be him, once again.

“I hope I get the opportunity to bring Kovacs back again next season,” says the actor. “I’m definitely not ready [to leave the series]. Working on Altered Carbon was one of my best work experiences ever. I never had a bad day at work the entire time. It was so nice and open. Six months is a long time to shoot a show, but they really took care of me in a way I’ve never experienced before in this business. Playing Kovacs was more so about the family and the situation we developed as a cast and crew than it was just learning how to say my lines.”

Mackie’s continued interested in playing Takeshi Kovacs runs in contrast to the apparent conceit of the series, with a new actor portraying the main role over the course of the seasons. As yet, Altered Carbon has not been renewed for a third season, and no plans are in place for another actor to take on the role of Kovacs. Should a third season move forward, there are ways for the Altered Carbon writers to have it both ways: Kovacs could be embodied in a new sleeve, while Mackie could also return, as his sleeve was described as specifically designed for military use; one can easily imagine the scenario in which more sleeves resembling Mackie exist, offering the actor a chance to play a new character, or even once again embody Kovacs.

Whatever the future holds, due to the circumstances, Schapker won’t say one way or the other what may come next: “I have wishes, but we’re waiting on official word from Netflix. We don’t have a pickup. We’re season to season. I’m dying for a season three. I have a ton of idea for directions, but I don’t know how much I can speak to that. But we’re ready to go!”