This is a big year for Eric Kripke. Not only is the prolific writer and producer the creative force behind Amazon’s adaptation of The Boys, one of the most controversial comics in recent memory, but he’s also saying farewell to Supernatural, the CW cult favorite he created 14 years ago.

Fans of the CW hit might be surprised by Kripke’s next project, as The Boys centers on a group of foul-mouthed and brutal antiheroes dedicated to taking down the celebrity caped crusaders, known as the Seven, who rule the bleak yet hilarious world of the Amazon series. It’s a timely twist on the superhero content currently saturating the culture, and that’s one of the things that drew Kripke to the project, which went through multiple iterations before landing with Preacher producers Seth Rogen, Evan Goldberg and James Weaver’s Point Grey Pictures.

The titular boys are Hughie (Jack Quaid), Billy Butcher (Karl Urban), Mother’s Milk (Laz Alonso), Frenchie (Tomer Capon) and the Female (Karen Fukuhara). And, in a meta-twist, Simon Pegg — the inspiration for Hughie in the original comics — guest stars as Hughie’s father. It’s a stacked cast for a comic book adaptation that most people haven’t heard of, but for Kripke it was a dream gig, as the writer is a huge fan of Garth Ennis and Darick Robertson’s original series.

During a chat with The Hollywood Reporter, Kripke opened up about adapting the violent superhero satire, the challenges of putting some of the most controversial moments — like the premiere’s sexual assault — on screen and why the series is more relevant in 2019 than ever.

The Boys has always been a controversial project, as its irreverence often leans into offensiveness. You deal with that in the first episode by adapting a scene that in the comic is a brutal sexual assault played for shock and laughs. What went into your choice to adapt it and the way that you ended up representing the scene?

We put an incredible amount of care into that because we knew it was in the source material. It was always a question of, “Okay, are we going to include that scene? And if we’re going to include it, how are we going to depict it?” So it was an incredible amount of conversation with a lot of the women on my writing staff and the women who are producers on the show. Making sure to really hear everyone’s personal experiences, hearing their diverse points of view, discussing whether we should we put something like this in what is a superhero show, and thinking whether we were we going to inadvertently make light of it.

I agree that in Garth’s original work it was put in for shock value, but in this day and age, and it being part of the Me Too movement and conversation, it’s not funny. It’s a horrific experience that has been revealed as something that far, far too many women have gone through. So you can’t make light of it. It’s really horrific.

We talked about it extensively, and where we landed was that we decided we felt like we had an obligation to do a version of that scene, and that just because we’re a superhero show, it doesn’t mean that we shouldn’t talk about the difficult things. In fact, we should use it to talk about the difficult things, because genre is not just for escapism and light, easy conversation. All the good genre, going back to Rod Serling, is used to tackle the really difficult, hard to talk about issues. We felt that we had a responsibility to do that, to be good and smart and get it out there.

So once we did that, we decided we were going to do it and we really explored it, like, “Okay, how do we do this?” Really talking to women and really hearing their experiences, making sure it was from told from Starlight’s (Erin Moriarty) perspective. We talked a lot to Erin about it, because my intention was that if we were going to do it, we had to get it right. I wanted to handle it responsibly and let the audience know that it’s not a joke, it’s not exploitative, and that we as filmmakers are approaching it with a good heart, because we want to talk about something real.

The last thing I’ll say is that it was such an interesting and fraught conversation with all the men and women on my team, because it’s a horrible question of these women who are in all other aspects of their lives so powerful and self-assured. How did they get manipulated into this horrific experience? And the fact is that they do because these apparently powerful men twist it in such a manipulative way. We were really interested in trying to depict the truth of that.

Multiple people have tried to adapt The Boys, but this is the first time it’s made it to the screen. What drew you to the project?

I was just a really big fan of Garth Ennis. He’s my favorite comic book writer by a mile. His work was so influential on Supernatural, and my favorite comics from him were Preacher and The Boys. So when they announced that Preacher was being made as a series with Seth, Evan, and Neal Moritz producing it, I was really pissed they gave it to somebody else. And I knew somebody over at Neil Moritz and I sat down with him literally just to say screw you for giving Preacher to somebody else. And he came in and sat down and said, “Hey, what’s up?” And I was like, “Screw you for giving Preacher to somebody else.” Then he said, “Well, we have The Boys and we couldn’t get it made as a movie, so we’re trying to do it as a TV show, do you want that?” And I said, “Oh, yeah, totally. I’ll take that.” And that was the end of it. 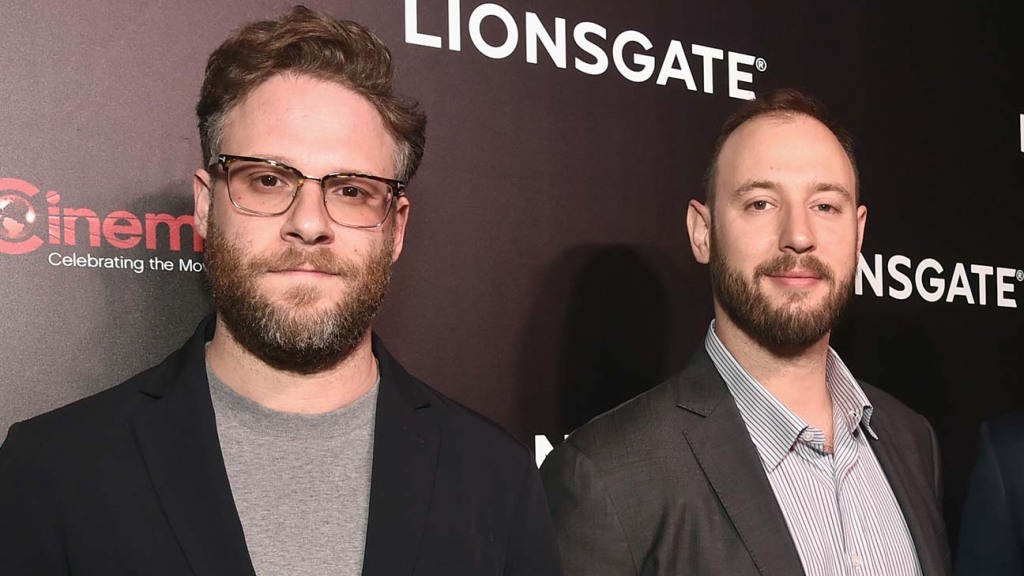 Speaking of Seth and Evan, did their departure from their longtime home at Sony TV  affect the project at all?

No, you want to know what’s funny is that I read about them leaving Sony in the trades months after it happened. That’s how much it affected the deal. I actually honestly had no idea, and I haven’t even talked to them about it yet. I saw them last night and it never occurred to me to say, “Oh my god, you’re not at Sony, how have things changed?” Because they’re still checking in and there’s been zero change, I didn’t even notice. No one at Sony has treated them any different. They’re still involved with the project and are really useful sounding boards.

With a wealth of comic book properties on screen, The Boys stands out as being virulently anti-superhero. Why do you think that’s particularly relevant in 2019?

The thing that makes this one different from the others is that it’s all about asking the question, “What would superheroes really be like in our world with the most rigorous application of reality?” The answer is they would be uber-celebrities. So I’d say that’s the thing that makes this show, I think, frankly, more realistic than any other superhero show. And then also where it stakes new ground is that it’s about these massive celebrities, it’s about social media, it’s about where celebrity and politics intersect, it’s about how people are now packaging their political messages in slick entertainment bites to get the American public to act against their own best interests, and how it’s almost now indistinguishable between the people who have political power and the people who have celebrity power. It’s frighteningly prescient.

I think that Garth, in a weird way, predicted the reality that we’re living, which is just an overwhelming tsunami of pop culture, social media and entertainment that’s being run by very, very powerful people who are only interested in furthering their own agenda. So I think taking shots at celebrities and the ridiculousness of celebrity life, all the trappings of entourages and publicists and everything that goes around it, is part of the story. But I think the other vital part of the story is that it’s dangerous to put people who have real power in that position. I think that we talk about celebrity and our culture in a way that no other superhero show ever has, and I think in its own weird way we’re telling one of the most current, timely stories on TV.

'Supernatural' to End With Season 15 on The CW

As you embark on The Boys, you’re also saying goodbye to Supernatural. What does that feel like 15 years later?

It’s so hard to internalize a show that went on that long. Mostly, my feelings are of affection and gratitude. It was an incredible run, I think because of those actors and that fandom. I think that show put a lot of good into the world, I think it brought a lot of people together. I think a lot of people who needed help got the help they needed. And I’m proud of the show, and the show itself is good. But I think I’m way more proud of the community, the charity, and just the positive energy that grew up around that show. So honestly, my biggest feeling is that I hope that continues, and I like to think that whether there’s the show or not, that community keeps going and only grows stronger.

The Boys is available on Amazon Prime now.