After an extensive search, American Gods has enlisted a new showrunner for season two.

Jesse Alexander, who worked with Bryan Fuller on shows including Hannibal and Star Trek: Discovery, will take over showrunning duties alongside novel scribe Neil Gaiman. (See a photo of Gaiman and Alexander together, below.)

“I’m thrilled that Jesse is [the] showrunner. He loves and understands the book, he loves and understands the TV series and he’s dedicated to making future seasons of American Gods as good and as beautiful and as unique as they can be,” Gaiman tells THR. “Shadow’s journey is going to take him, and Mr. Wednesday, and the New Gods and the Old, to some very strange places. I’m glad that we, and the cast and crew, will have Jesse shepherding us on the way.”

Alexander replaces Fuller and Michael Green, who together developed the Fremantle-produced Starz drama and oversaw its freshman season. Fuller and Green were fired in November after clashing with Fremantle on the show’s (rapidly expanding) budget. A search for a new showrunner to work alongside Gaiman — who has an overall deal with Fremantle — began almost immediately. Sources tell THR that several established showrunners declined offers for the job. 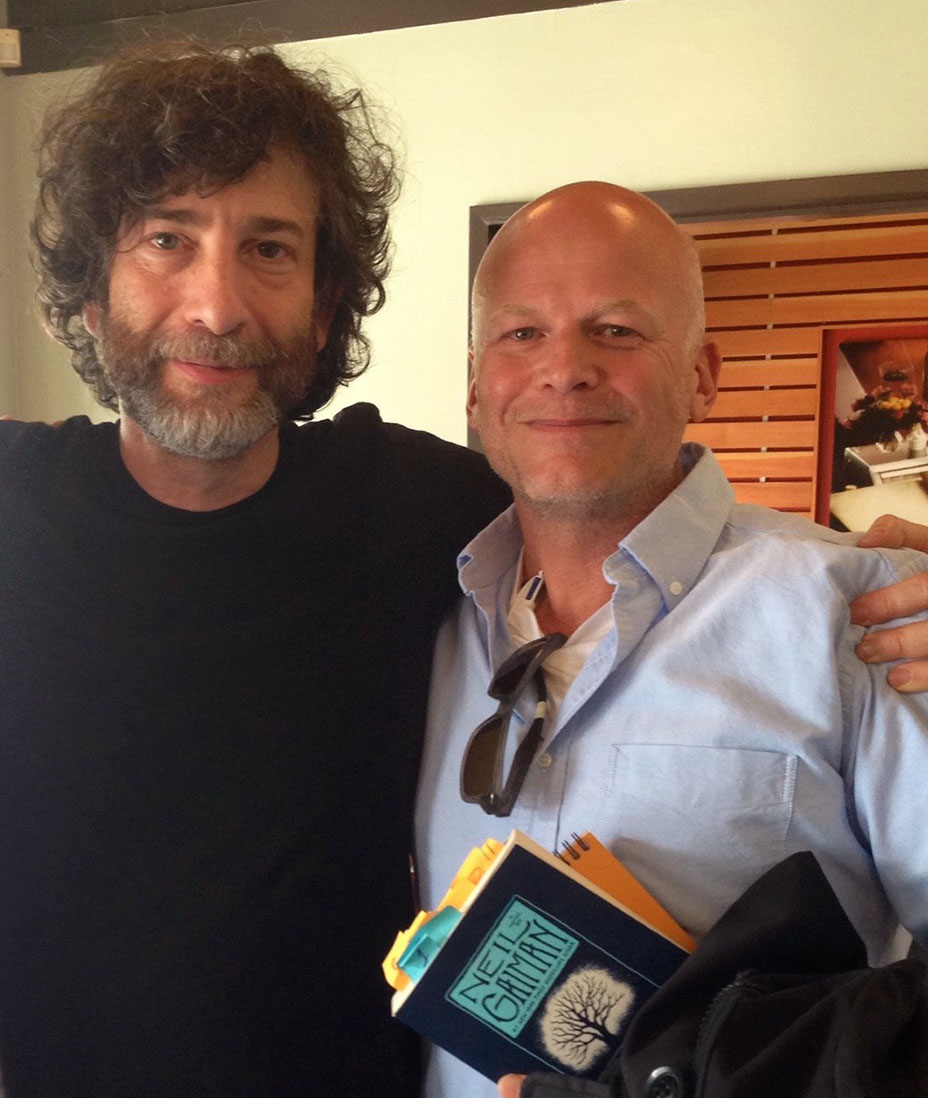 Fuller and Green had already written the first six episodes of season two, with sources noting Fremantle planned to toss those scripts and start from scratch with Alexander. In addition to budget concerns, sources note Gaiman was also unhappy with the direction Fuller and Green planned to take season two as their vision was not a straight adaptation of his source material. Gaiman is said to have wanted a showrunner to come in and produce a straight take on his novel (which would include ignoring the cliffhanger from season one).

Insiders note that Fuller and Green had a contentious relationship with Fremantle on season one of American Gods, with the freshman run coming in at an estimated $30 million over budget. Originally ordered for 10 episodes, the show underwent multiple rewrites, with Fuller scrapping a couple of episodes and reworking others for what wound up as an eight-episode season. Fremantle set a $9 million-an-episode budget on season two, sources say, with Fuller and Green asking for more to produce 10 episodes of high-concept drama.

Given the delay in finding a new showrunner, sources say American Gods could now trim the season-two episode count — which was never officially announced by Starz — in a bid to keep the show within its budget.

Starz CEO Chris Albrecht told reporters in January that Fuller and Green were neither fired nor did they quit, and that the two would still be involved with American Gods “as much as they can be,” though sources stress that neither will have any more to do with the show other than onscreen credits. “It’s not ideal to have 18 months or two years between seasons,” Albrecht admitted of the behind-the-scenes troubles on American Gods. “It’s not an inexpensive show. Budget is always a factor. There needs [to be] a vision that can be executed on a regular basis.”

The show was envisioned to return in January 2019, with the long delay in finding a new showrunner making that date unlikely. Albrecht, though, remains invested in the show’s return.

“We’re very committed to American Gods,” he said. “The show did very well for us. We’re hoping for many more years of American Gods to appear on Starz.”

Alexander has spent time with Fuller on multiple shows, including CBS All Access’ Star Trek: Discovery — which Fuller exited as showrunner to focus on American Gods — as well as Hannibal and Heroes. His résumé also includes Alias and Lost. He’s repped by ICM Partners and Kleinberg Lange.