Continue to The Hollywood Reporter SKIP AD
You will be redirected back to your article in seconds
Skip to main content
April 24, 2017 11:15am
Logo text

Almost 15 years after introducing American Gods into the world, Neil Gaiman was watching his creation take on a new life of its own. The acclaimed author was standing on a set in Toronto in mid-April 2015, in the midst of the first day of production on Starz’s American Gods, watching as Ricky Whittle and Ian McShane officially stepped into their respective roles — the brooding and bruising Shadow Moon, and the powerful con artist known as Mr. Wednesday — for the very first time.

Interestingly enough, it wasn’t even Gaiman’s only set invitation of the day.

“I got a very sweet email from Chuck Lorre a week before, saying, ‘We would love to write you a part on The Big Bang Theory. Will you come in and play yourself?'” Gaiman tells THR, recalling the memory one year later. “And I had to say no, I’m going to Toronto, because as much as I would like to play myself in The Big Bang Theory, nothing will keep me away from that first scene being filmed. And it was magic. It was an absolute delight.”

For Gaiman, it had already been a long enough road between American Gods the book and American Gods the television series, premiering on April 30. Gaiman first published the novel in 2001, forging it from a few key ingredients: an evocative title, a vision of thunder, and a drive through American back roads and small towns. The result: a sprawling novel about old Gods of myth waging war against new Gods of the digital age, with the hearts and minds of the American people at stake — and with one mortal man caught in the middle.

At least, that’s one way to pitch it.

“We’ve always known it’s not a book that pitches cleanly,” says Michael Green, who oversees American Gods alongside his fellow co-creator and executive producer Bryan Fuller. “God help them,” Fuller agrees, speaking to the American Gods uninitiated. For that crowd, Fuller feels the best way into the story is through its protagonist.

“There’s something so relatable about Ricky Whittle and Shadow’s journey of a man who went to prison for the woman he loved,” Fuller tells The Hollywood Reporter. “Days before getting out, he loses that woman and finds out the life he thought he led before imprisonment was not quite as authentic as he’d hoped. That’s infinitely relatable to anybody who has experienced the loss of a loved one. His numbness and his search for himself, now that all the defining factors have been removed from him, are exactly where Wednesday (Ian McShane) wanted him. It’s also a great place for a new audience to perceive this character, because they’re seeing him after everything’s been broken and taken away. We’re rooting for him to assemble something that he could call a life again.”

Relatable and rootable as he is, Shadow just scratches the surface when considering the various different deities and mythologies at play within American Gods: vengeful Viking gods, bar-brawling leprechauns, sharp-tongued spiders who spin lies as elaborately as webs, and entirely new deities built around technology and media. It’s complicated, in other words, and easy to see how the subtleties of the book might not survive a television adaptation. As Green puts it: “You can imagine the 2004 NBC-adapted version of this book, calling it ‘God Squad,’ where they all pile into the minivan that has all the religious symbols on the side and they solve crimes every week.”

Fans of the book can find comfort in knowing the adaptation of American Gods was never quite at the God Squad level of risk, but still, the process involved some fits and starts all the same. In 2011, Tom Hanks’ Playtone Productions was set to adapt American Gods at HBO, with Gaiman co-writing a pilot script that ultimately remained on the ground: “By the time we handed it in, the [HBO] executive who bought it was no longer there, which meant that we then had essentially two drafts and a polish for people who didn’t really know what this thing was, didn’t know why they had it, and didn’t really want it.”

Gaiman regained the rights, found new partners in FremantleMedia, and very quickly landed on Starz as the right home for the series. From there, the author recalls flying to Toronto for his first meeting with eventual showrunner Bryan Fuller: “I asked him, ‘Bryan, do you want to do this?’ And he said, ‘Oh my God, I’m the world’s biggest American Gods fan. But I have no idea how you do it. I just know I want to put the stuff I love up on the screen.’ And I thought, ‘That’s a pretty good place to go!'”

With Fuller came Green. The two were colleagues on Heroes and became friends and confidants in the years that followed. Beyond admiring one another, both men had great reverence for Gaiman’s body of work.

That day came along, leading to Fuller and Green spearheading a direct-to-series order for American Gods. In time, other ingredients settled into place, including the likes of McShane as the self-professed grifter Mr. Wednesday, Emily Browning as the ill-fated Laura Moon, and more.

“Neil’s book is so masterful in its alchemic balance of a wide variety of different tones,” Fuller says about what drew him to the project. “That broadness of scope not only for the narrative but for the manner in which the narrative is told gave us an opportunity to apply our own wits and visual flourishes to the tale.”

With that in mind, Green says he and Fuller wanted to “apprehend the feeling of the book through the medium of a television show,” with the creation of wholly original scenes or expanded storylines meant to feel of a piece with the original American Gods text. “The book never leaves our bedside or our desk side,” he says. “We’re always measuring against that. Does something we add feel like it shook out of your copy? That’s the author’s preferred preferred, the one that doesn’t exist except in our imaginations.”

“For Michael and I, as fans of the book, we knew what we wanted to see as fans,” adds Fuller. “The show is in essence fan fiction, or a hybridization of the fiction and the fan fiction we brought to the adaptation.”

With that said, adapting American Gods wasn’t without its moments of struggle. Fuller points to an early moment when trying to fulfill the season’s original 10-episode order, despite feeling that the season had a nine-episode arc, as an example. In trying to turn what was then the third episode into a third and fourth episode, Fuller, Green and the rest of the team walked away incredibly unsatisfied with what they had produced, both from story and production perspectives.

“It was too early and too premature. We got to places in Shadow’s emotional arc, from non-believer to believer, that were too soon, so we removed them, and there was the other element of it, the element of what we shot — we didn’t like it,” he says. “We didn’t like what the set looked like. We didn’t like the body props that were in the sequence. We had the choice of either rebuilding and refilming, or just removing it altogether. Fortunately, Starz as our partner said they would rather have fewer greater episodes than more less-than-great episodes. They very happily allowed us to reduce our order.”

Fuller adds that the season’s original intended end point, the mesmerizing House on the Rock sequence from the novel, was also impacted as a result: “We had our finale that required shooting in Wisconsin and getting to the House on the Rock, and that was a big chunk of change we needed to apply to go back and reshoot some things we weren’t happy with, to facilitate a better version of the show.” 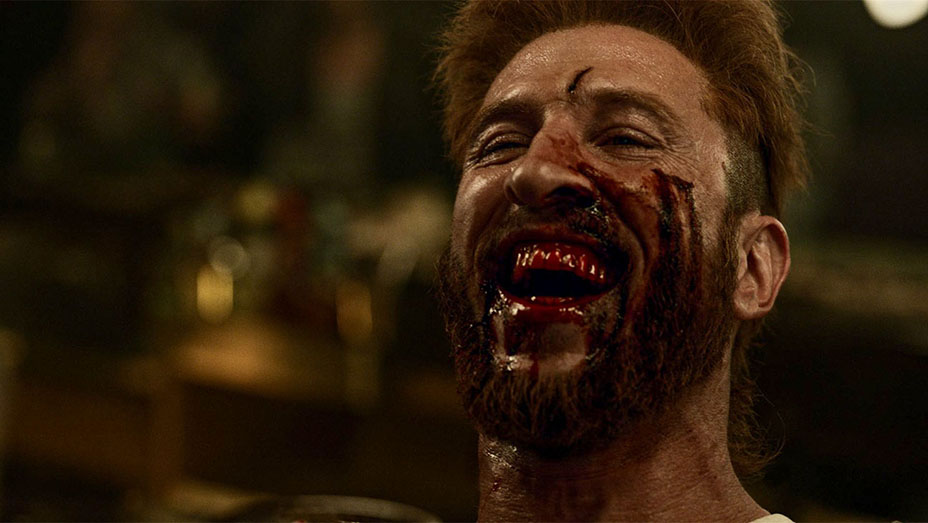 For his part, heading into the series, Green says he expected that signing on to realize American Gods as a television series would be a heavy commitment marked by highs and lows.

“We knew going into this it was going to be a slog to get to the end of a first season, and it has been — an enjoyable one at every turn, mostly because of the partnership working with Bryan,” he says. “Showrunners are often all too alone, and I recommend they all partner up, especially if they’re going big. You need someone to turn to, someone to gut check when you’re going for something crazy, and someone to cover for you when you need to go into your bed and cry for a month. And to hold the interest it was going to take for the two to three years to go from our first conversations to the end of the final episode of the first season airing, it has to be something you have an inexhaustible passion for.”

As the author of the story on which the series is based, Gaiman couldn’t agree more with Green’s take, and even adds a few extra cents into the equation: “The people who love it all have to deal with the fact that we’re dropping you into this story with as little explanation as Shadow gets. You’re going to have to figure it out as you go. You’ll be told stuff. You’ll figure bits out. But really, you’re in it now. We’re signing you up, and you are expected to be clever.”

American Gods premieres April 30 on Starz. Let us know your expectations of the series in the comments below, and keep following for more news and interviews.