After planting the seeds, American Horror Story: Apocalypse dove into a timely battle of the sexes before heading back to the horror anthology’s famed Murder House — the place where AHS all began.

“Men are simply not equal to women when it comes to magical ability,” Cordelia Foxx (Sarah Paulson), the all-powerful Supreme witch from season three’s Coven, had told a male council of warlocks who threatened her power in the fourth episode of Apocalypse. “Not to mention everything else,” quipped fellow witch Myrtle Snow (Frances Conroy).

But the witches didn’t laugh for long, as the episode — which flashed back to before the apocalypse hit — ended with “Alpha” warlock-in-training Michael Langdon (Cody Fern, playing the Antichrist baby from Murder House) proving that he could accomplish a task Cordelia could not. Performing one of the powers of the Seven Wonders of Witchcraft, Langdon went to hell and back to retrieve dead witches Madison Montgomery (Emma Roberts) and Queenie (Gabourey Sidibe), the latter from the Hotel Cortez to mark the third AHS cycle crossover with season five’s Hotel.

According to the warlocks, their Alpha will supplant the Supreme in their hierarchy and, for the first time in history, a man will lead the warlocks to “take their rightful place” at the top. By having the warlocks preach about “an end to ages of female dominance,” co-creator and showrunner Ryan Murphy revealed his #MeToo-inspired commentary on the patriarchy: A world run by women, where men are disenfranchised, will surely bring about the apocalypse.

In the alternate world that Apocalypse has created, men have long suffered under women. The warlocks have been marginalized, their powers inferior to the witches, whom the men view as entitled. “In all recorded history, no man has ever approached the level of Supreme,” Cordelia had womansplained to the warlocks, exuding her witchy privilege. Still, the men believe they deserve the power. So they seize on Langdon’s arrival as an opportunity to rise up and upend the balance.

The fifth episode opened with Cordelia sharing what she had seen in a vision after falling unconscious from Madison and Queenie’s arrival. In her altered state, she saw a cataclysmic future where the world, including their former Miss Robichaux’s Academy, had been destroyed. A demonic man — that looked a lot like Langdon — laughed while the undead feasted on her. As a result, she agrees to let Langdon test to be the next Supreme, which she says “would change everything.”

That decision was condemned by Myrtle. “You know the Alpha is a child’s tale, a lullaby impotent men tell flacid little boys to make them believe that one day they’ll be something special!” she fumed. “Time and time again history has shown the hubris of men knows no bounds. Have we learned nothing from Attila the Hun? Herod the Great? Mark Zuckerberg?! Men make terrible leaders.”

But Cordelia reveals that she is dying and that her powers are diminishing, as a witch’s powers do when the next Supreme reveals her- or himself. The flashback episode then introduced both Coco St. Pierre Vanderbilt (Leslie Grossman) and Mallory (Billie Lourd) as witches of the Academy, with Mallory exhibiting magic unlike anything Myrtle has ever seen.

Meanwhile, over at the male coven, the warlocks were prepping Langdon for his upcoming test and John Henry Moore (Cheyenne Jackson) caught a flash of Langdon revealing himself as the white-faced demon Cordelia had seen in her vision. When John left to warn Cordelia, Langdon’s foster mother (Kathy Bates) intercepted him, murdering him and lighting his body on fire.

Langdon then revealed his true plan when reuniting with his mother: To destroy the coven from inside so the road will be clear for him to do what he was “born” to do. The head warlock Grand Chancellor Ariel (Jon Jon Briones) is also helping them because he “can’t wait to see those bitches squirm” with a man in charge. “Finally on top where we belong,” he says. Langdon’s mother, however, warns her son not to mention his father upon Ariel’s arrival. (Langdon’s father is Tate Langdon, played by Evan Peters, from Murder House.)

After Langdon passes six of the Seven Wonders of magic, Cordelia challenges him for the final task of Descensum, a descent back from the underworld, when she asks him to find and bring back Misty Day (Lily Rabe), who did not survive her own trip back from performing the same task in Coven. The moment brings about a face-off between Cordelia and Ariel, who calls her a “weak and frightened” woman just like her mother — the deceased former Supreme Fiona Goode (played by Jessica Lange in Coven). “I have humored you men and coddled your fragile egos, but in no way does that mean you actually have a say,” Cordelia tells him. “I outrank you. I could destroy you. So I suggest you fall in line.”

Langdon succeeded and Misty was returned to the land of the living. And with that, he was anointed the next Supreme, announced by Cordelia as she once again fell to the floor, her powers and health fading. When Misty warns Cordelia of the darkness she saw in Langdon, Cordelia says she never planned to give up her powers, but wanted to discover his. Stevie Nicks, playing herself and reprising her Coven role as a white witch, also made her return to sing “Gypsy” (with warlock B.D. Wong on the piano).

In the final moments of the episode, Cordelia sent Madison on a task to dig up everything she could about Langdon. Giving her a plane ticket and sending her to the place “where it all began,” Apocalypse provided its first official glimpse at the actual Murder House, where Langdon was conceived and born as the Antichrist — the satanic baby who would usher in the end of times. 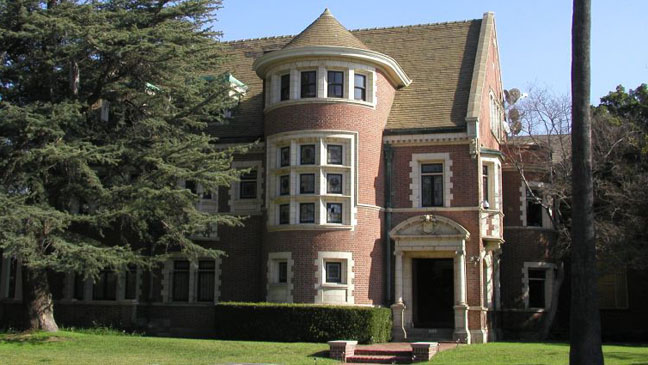 The sixth episode is the highly anticipated Murder House crossover that will return the show to the setting of season one. The episode will welcome back Jessica Lange as Constance, Connie Britton and Dylan McDermott as Vivien and Ben Harmon, and Taissa Farmiga in her second character of the season as Violet Harmon. Paulson will also be making her directorial debut to helm the hour. The scenes for next week show Madison, along with one of the warlocks (Billy Porter), summoning up the famed spirits of Murder House, which appears to still be run by Constance herself. Lange’s character is shown from the back. (Watch below.)

Langdon’s test of the Seven Wonders took place on the night of the Blood Moon, which is a reference to another season of AHS, the sixth cycle Roanoke. In Roanoke, the ghosts of the Lost Colony of Roanoke were able to cross over and murder the living during the six-day period before the Blood Moon on Halloween. As the story goes, more than 100 people vanished without a trace, leaving only the word “Croatoan” carved into a tree during the pre-16th century event. In the AHS version, the colony wasn’t so lost after all. The season also revealed Lady Gaga’s character, Scathach aka The Witch of the Woods, to be the original Supreme.

The Roanoke Easter egg leaves only three cycles left for Apocalypse to cross over with: Asylum, Freak Show and Cult.

Murphy’s commentary on gender politics comes after his most recent AHS season, Cult, examined the disenfranchised, the cult of personality and female rage. During Lena Dunham’s one-episode debut in Cult, the Girls star played Valerie Solanas, the real-life radical feminist and SCUM Manifesto author who attempted to murder Andy Warhol in the late 1960s. That episode, airing Oct. 18, 2017, played out two weeks after the first report of sexual assault against Harvey Weinstein. The episode was always intended to be timely, but the story of female rage carried a renewed message in the wake of the sweeping scandal that would go on to launch the #MeToo era.

The Solanas flashback served as a vehicle to further explore the rage that Cult‘s female characters were experiencing. “Valerie Solanas created the SCUM Manifesto, in which she told women — all women — to kill all men, and that was the only way you could rise to power,” Murphy had explained of the episode. “We also examine our female characters, [played by Sarah Paulson, Alison Pill and Billie Lourd] as they’re trying to figure out a way that they can have equal power within this cult that Kai [Evan Peters] has started.”

One year later in the AHS universe, the women indeed have the power — at least for now.