If it’s not clear from my shows over the past 16 or 17 years, I like movies. I love movies.

On Parts Unknown, we reference films frequently — and whenever possible, invite filmmakers I admire to talk about their work and the places that inform it. I’ve been lucky enough over the years to have had a number of great artists on camera: Francis Ford Coppola (for Puglia and Basilicata), Darren Aronofsky (Madagascar, Bhutan), the late, great Vilmos Zsigmond (Hungary) and Abel Ferrara (Rome). In an upcoming episode, we sit down with Jim Jarmusch and Amos Poe.

I have long been particularly besotted with the work of Wong Kar Wai’s frequent collaborator and director of photography, Christopher Doyle. For me, he was always the Big Kahuna. For years now, every time I visit Hong Kong, I can’t look at it without thinking of his incredible work on such films as Fallen Angels, Chungking Express and his masterpiece, In the Mood for Love.

My highest hope was that someday, just maybe, we could convince the man, known locally by his Mandarin name, Du Kefeng, to appear on camera, talk about the city he’d lived and worked in for 30 years, and tell us what he looked for when he looked at Hong Kong through his lens. Secretly, I hoped we might convince him to pick up a camera to shoot a few seconds of B-roll — just so I could tell people, “I worked with Christopher Doyle!”

To my surprise and eternal gratitude, after years of my reaching out, Doyle agreed to appear on my show. Plans were made, tickets bought, equipment packed. Then, a few days before we were set to shoot the June 3 episode, our director was hospitalized for emergency gallbladder surgery. 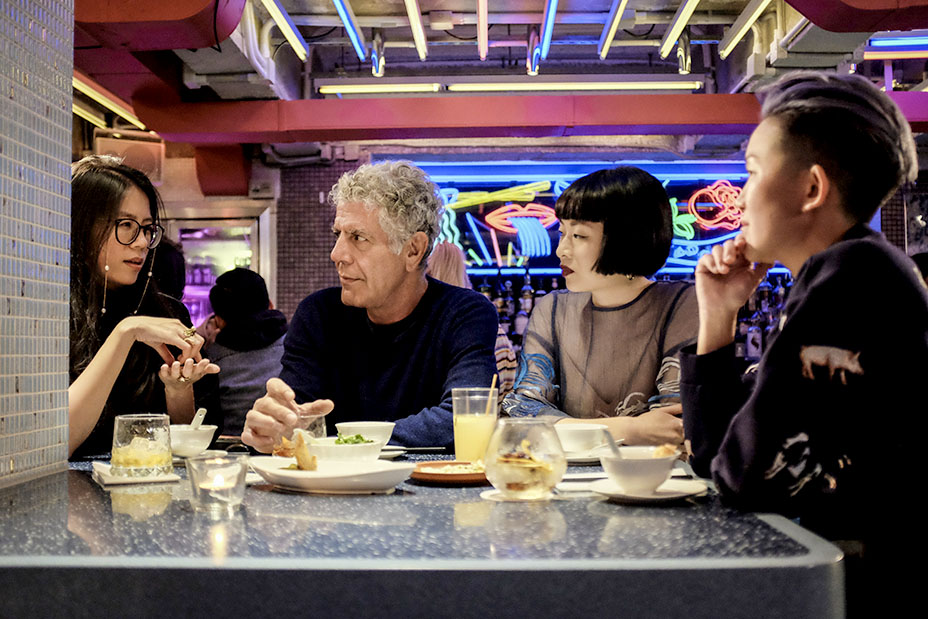 What to do? I needed a director, someone with whom the notoriously unpredictable Doyle would feel a rapport. Fortunately, I’d met Asia Argento two years previously, on our Rome show. I’d initially reached out to her because of my admiration for her last directorial effort, Incompresa — and because of her fascinating Twitter feed, filled with iconoclastic references to films, music, books and artists I’d thought only I’d ever heard of. That turned out to be one of the better decisions of my life. I thought, “If Chris Doyle is going to get along with anybody, it’s an outlier, don’t-give-a-shit-about-convention workaholic, like Asia.”

Well, that, too, ended up being a very, very good idea.

In the end, Christopher mother­f-ing Doyle, one of the greatest living cinematographers, became the director of photography for my crappy little television show.

From our first meeting, Chris, Asia, Jenny Suen (Chris’ co-director on recent projects) and I all hit it off big-time. We spent hours eating and drinking and talking about a shared affection for a “dirtier,” more natural, more reactive shooting style, all while sitting in Hong Kong’s dai pai dongs. These casual, open-air food stalls represent the way the city used to eat. At dai pai dongs like Keung Kee Dai Pai Dong in Sham Shui Po — a traditional, less affluent, dense section of the city — cheap, delicious food is served. Pull up a plastic stool, crack a beer and fire up the wok.

Fortified by the occasional white wine from one of the city’s 7-Eleven stores, Chris personally shot and oversaw nearly every scene: leaping in and out of frame to move lights, mentoring shooters (Frederic Menou, Olga Abramson and Zach Zamboni) and remaining after wrap to tell stories from his long and magnificent career.

Neither Chris nor Asia like to waste time. The oppressive notion of “continuity” was largely discarded in favor of emotional impact. There was no fiddling around with lights or gels or excessive blocking. Natural or minimal light whenever possible. The cameras would move. The framing felt like you were sitting in the room with the characters or moving with them through space. It was the most intensely satisfying experience of my professional life and a show that I am giddily, ecstatically proud of. I plan to get a Du Kefeng tattoo, in the original Mandarin, as soon as possible. As you might have guessed, I already have an Asia Argento tattoo. 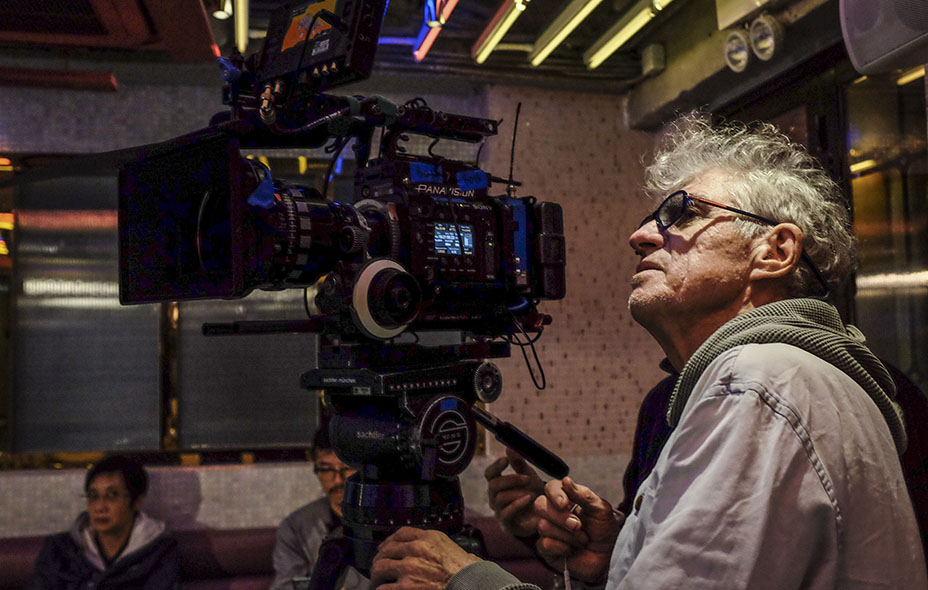